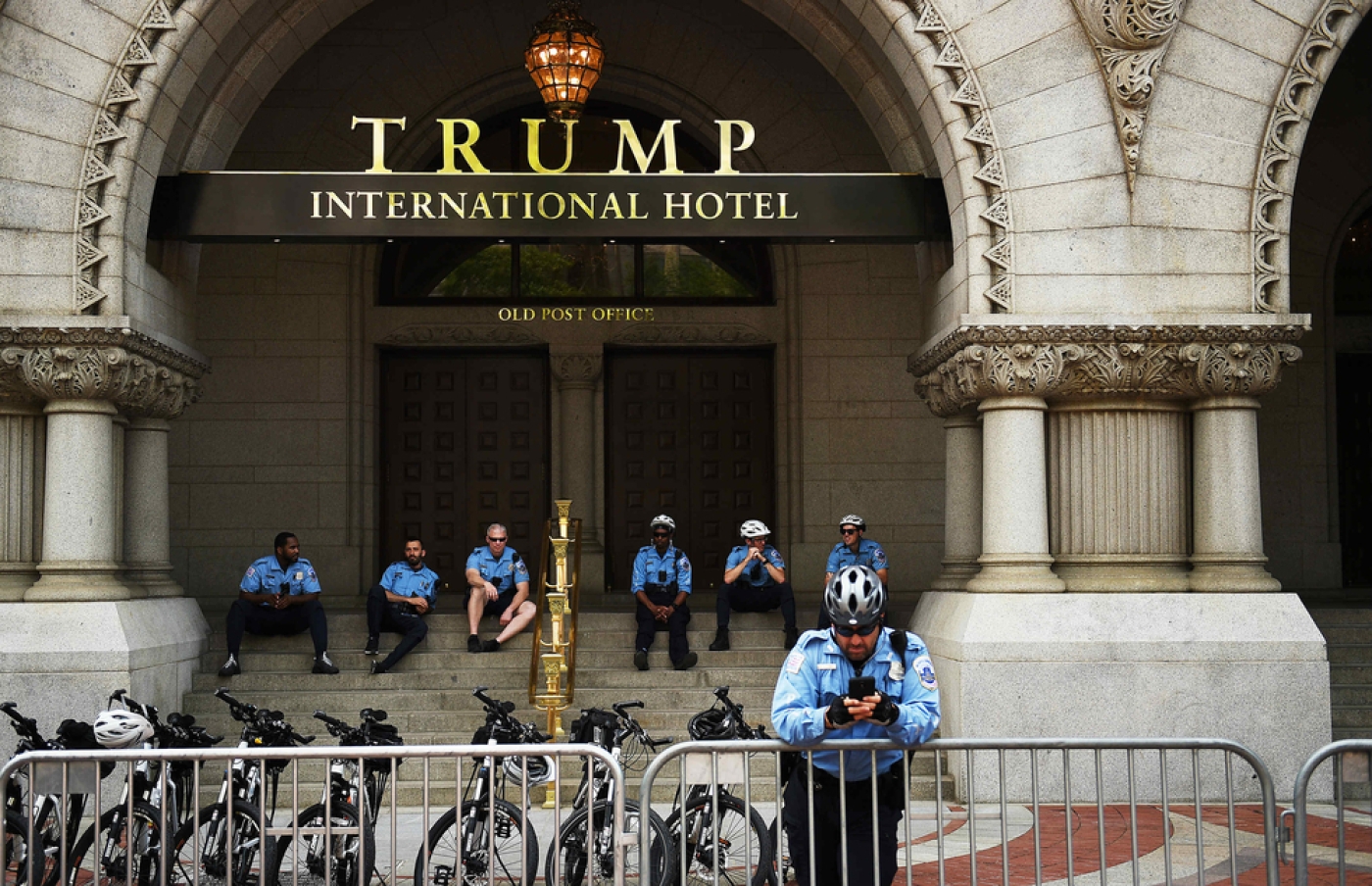 A PR firm working for Saudi Arabia spent nearly $270,000 on lodging and catering at Trump's Washington hotel near the White House (AFP)
By
MEE and agencies

A key Democrat on the House intelligence committee has said the panel plans to start the new session of Congress by aggressively investigating US President Donald Trump's finances, in a probe which may include examining the Trump Organisation's ties to Saudi Arabia.

While any investigation would initially focus on whether Trump's business was complicit in money laundering from Russia dating back to the early 2000s, Congressman Eric Swalwell also noted the "hundreds" of hotel rooms Saudi lobbyists booked at the new Trump Hotel in Washington after the president's election victory in 2016.

Following Trump's win, the Saudi government and lobbying groups for it have been major customers for the president's hotels.

A most tumultuous year: How Trump shook up Middle East policy#Analysis
Read More »

A public relations firm working for Saudi Arabia spent nearly $270,000 on lodging and catering at his Washington hotel near the White House through March of last year, according to filings to the Justice Department.

Speaking to The Wall Street Journal, a spokesman for the company said that the payments to the hotel came as part of a Saudi-backed lobbying campaign against a bill that allowed Americans to sue foreign governments for responsibility in the September 11 attacks on the US.

The lobbyists reserved rooms at the hotel as part of a scheme that offered US military veterans a free trip to Washington, then sent them to Capitol Hill to lobby against the law the Saudis opposed, according to veterans and organisers.

Attorneys general for Maryland and the District of Columbia cited the payments by the Saudi lobbying firm as an example of foreign gifts to the president that could violate the constitution's ban on such "emoluments" from foreign interests.

The Saudi government was also a prime customer at the Trump International Hotel in New York last year, according to a Washington Post report.

The newspaper quoted an internal letter from the hotel's general manager, who wrote that a "last-minute" visit in March by a group from Saudi Arabia accompanying Saudi Crown Prince Mohammad bin Salman had boosted room rentals at the hotel by 13 per cent for the first three months of the year, after two years of decline.

Washington's relationship with Riyadh has been under increased scrutiny since the murder of Saudi journalist Jamal Khashoggi.

The Saudi insider-turned-critic and prominent Washington Post columnist had been living in self-imposed exile in the US when he was killed inside the Saudi consulate on Istanbul on 2 October.

Critical of what he described as Trump's failure to assert "American values" in holding Saudi Arabia responsible for the murder of Khashoggi, Swalwell noted the president's business ties to the kingdom and the reception he received on his first foreign trip after taking office.

"You have a narcissistic personality, and they're throwing him this massive welcome ceremony, and I think we all can see, you know, why he would kind of gravitate toward them," Swalwell said.

Swalwell, who is also a member of the House judiciary committee and says he is seriously considering a run for president in 2020, made the comments on the Yahoo News podcast Skullduggery

Following the Democrats victory in retaking control of the US House of Representatives and its many committees in November, Republicans are bracing themselves for multiple investigations into Trump's affairs.

Speaking after the midterm election win, New York Democrat Eliot Engel, the incoming chairman of the House foreign affairs committee, also said his committee would "waste no time" in examining how the White House, the US State Department and the Trump Organisation have conducted foreign policy.

The congressman told the Washington Post that he was ready to investigate the Trump administration's foreign-policy decisions, including those regarding Saudi Arabia.

"I'm going to give them the benefit of the doubt ... But if not, I intend to use every prerogative that I have to ensure oversight."

Engel told the newspaper he plans to hold hearings on Russia, the Trump Organisation's international conflicts of interest, Saudi Arabia and the management of the State Department under Mike Pompeo, among other issues.

While several US politicians raised concerns following Khashoggi's killing, with some calling for an end to US arms sales to the Saudi government, Trump has until now largely been able to avoid responding to the outcry or holding US allies in Riyadh accountable, including bin Salman, who is widely suspected of ordering the murder. 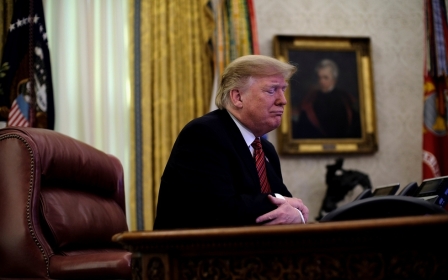