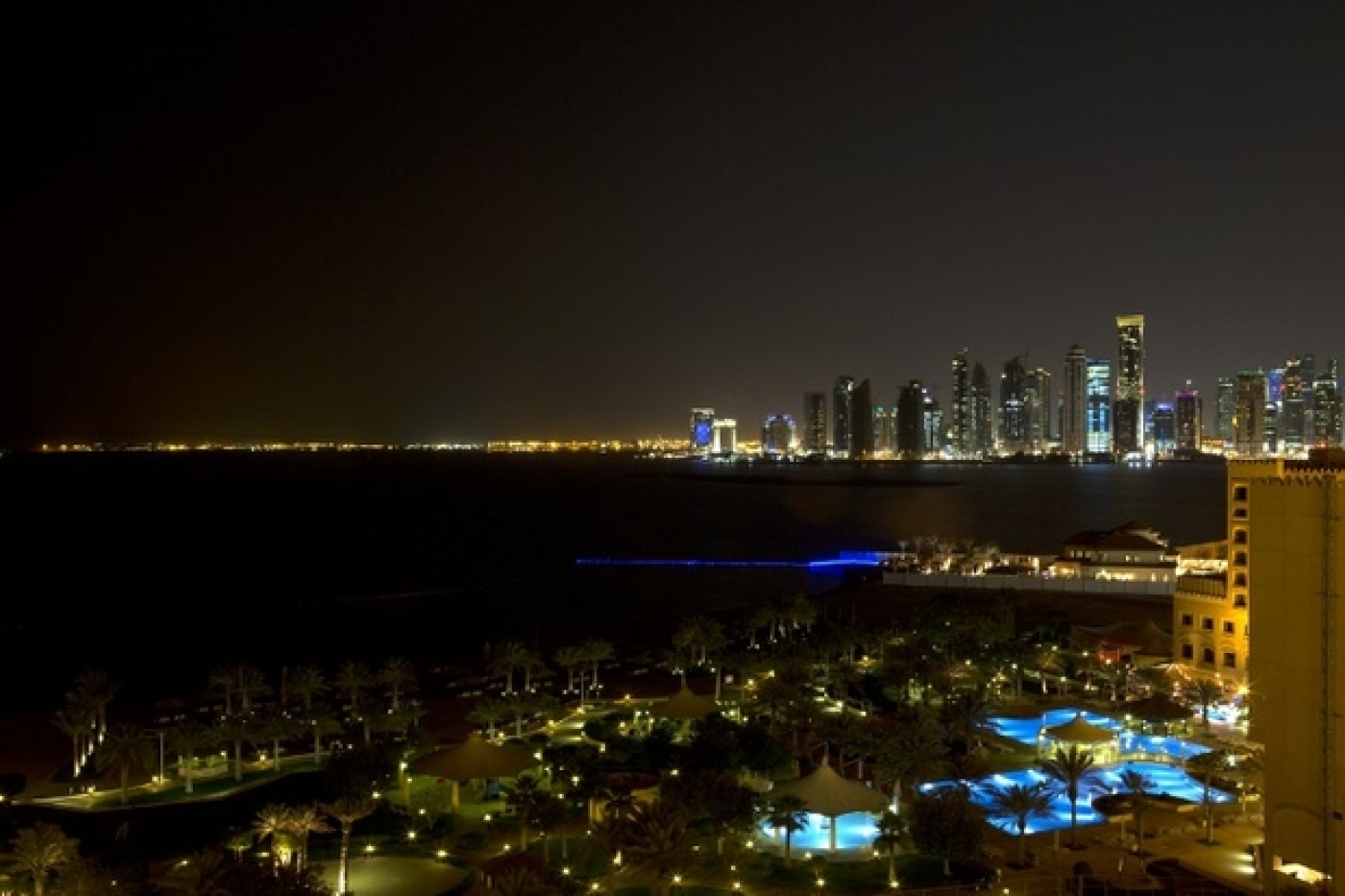 An FBI team has arrived in Doha, according to sources (AFP)
By
MEE and agencies

US investigators are in Qatar to help Doha probe the alleged hacking of the Gulf Arab state's news agency website, a Qatari and a US law enforcement official said, after an attack that has soured ties between Western-allied Gulf Arab states.

Qatar said last week that hackers had posted fake remarks supposedly by the emir, Sheikh Tamim bin Hamad al-Thani, that purportedly had him criticising some leaders of fellow Gulf Arab states and calling for an easing of tensions with regional foe Iran.

Gulf Arab states have rejected Qatar's explanation, leaving local media to unleash a barrage of attacks on the young emir, accusing him of cozying up to Iran.

Qatar’s foreign minister spoke of a US-led "hostile media campaign" against the country, a day after the hacking.

"There is a hostile media campaign against the State of Qatar, which we will confront," Mohammed bin Abdulrahman al-Thani said, adding the campaign was "particularly in the United States".

The row erupted days after the first visit by US President Donald Trump to Saudi Arabia, in which he sought to galvanise the fight against Islamist militancy and Iran, which Washington sees as a threat to regional stability.

A Qatari official who asked not to be identified said that experts from the Federal Bureau of Investigation (FBI) had been helping with the probe since Friday.

"The results of the investigation will be made public this week," the official told Reuters, adding that two countries were also assisting with the probe, but declining to give further details.

The Trump effect: More dangerous than the man himself
David Hearst
Read More »

In Washington, a US law enforcement official confirmed that an FBI team was in Doha "working with Qatari authorities to investigate the alleged hacking incident into its state news agency".

The officials gave no details on the number of people on the US team or progress in the investigation.

The FBI had no immediate comment on the report.

The rift has revived a 2014 row that erupted over alleged Qatari support for the Muslim Brotherhood and meddling in the affairs of fellow members of the Gulf Cooperation Council (GCC).

Saudi Arabia and the United Arab Emirates, both members of the GCC, have labelled the group as a terrorist organisation.

Qatar's emir visited Kuwait this week in what appeared to be an attempt by Kuwait to mediate between Qatar on one side and Abu Dhabi and Saudi Arabia on the other. There was no immediate sign of a breakthrough.

Saudi and UAE media on Saturday continued their criticism of Qatar. One newspaper posted a story citing about what it said were Qatari ties with Israel, using an old photo of the then Qatari emir Sheikh Hamad bin Khalifa al-Thani shaking hands with the late Israeli president Shimon Peres.

Most Gulf Arab states have no official ties with Israel. Qatar briefly hosted an Israeli trade office but it was shut down several years ago.