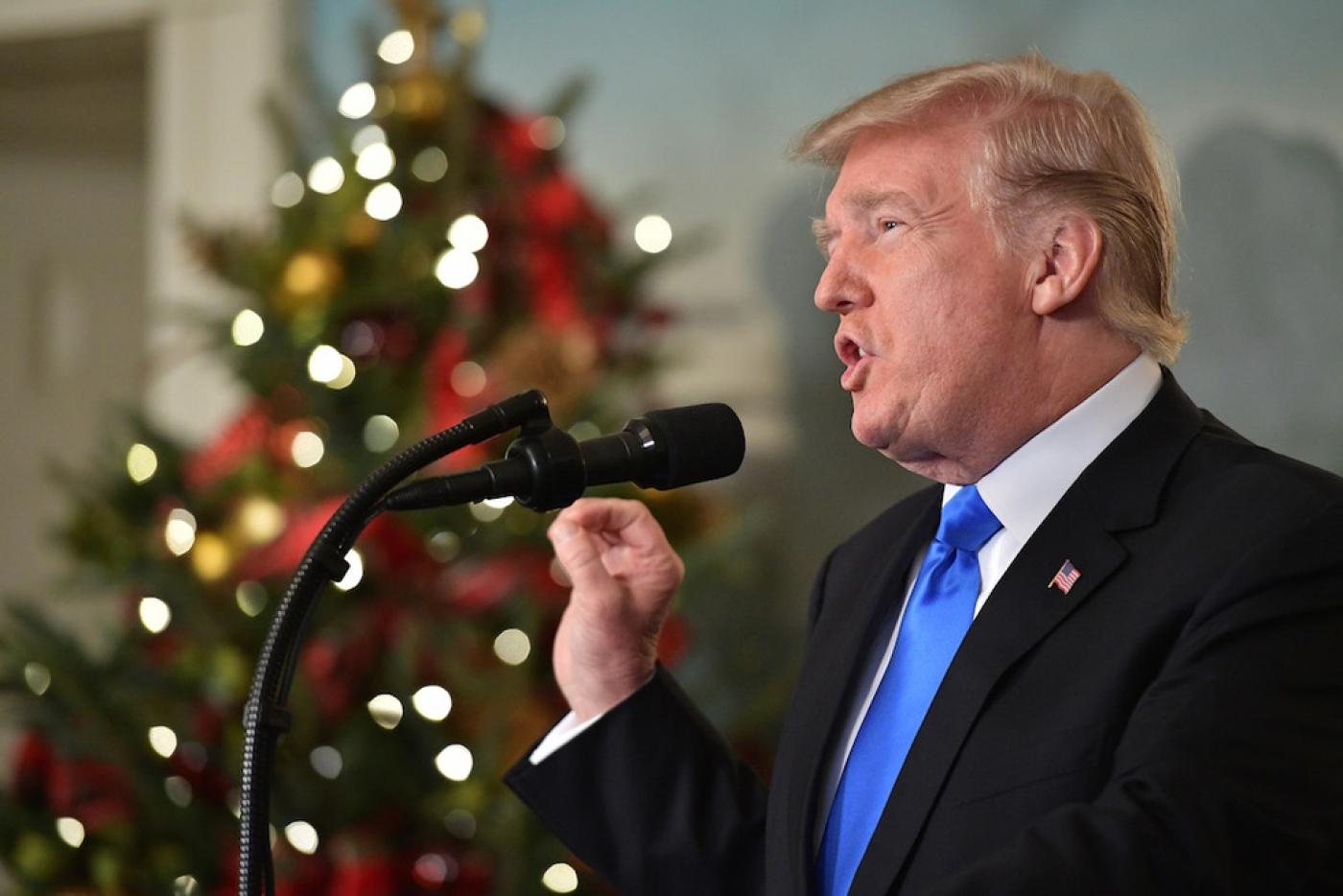 The US recognises Jerusalem as the capital of Israel and will move its embassy to the disputed city, Donald Trump said on Wednesday in a much-anticipated speech that Palestinian and other world leaders swiftly condemned.

“After more than two decades of waivers, we are no closer to a lasting peace agreement between Israel and the Palestinians. It would be folly to assume that repeating the exact same formula would produce a different result," said the US president in an announcement.

“Therefore I have determined that it is the time to officially recognise Jerusalem as the capital of Israel.”

He said that he had alerted the State Department to begin preparations to move the US embassy to Jerusalem from Tel Aviv.

"The new US embassy in Jerusalem will be a fantastic tribute to peace," he said.

Trump was pushed to act on the embassy as a result of a 1995 law, which stated that Jerusalem "should be recognised as the capital of the state of Israel" and the US embassy be moved there.

A waiver had been invoked by successive US presidents, postponing the move on grounds of "national security" once every six months, meaning the law has never taken effect.

Israeli Prime Minister Benjamin Netanyahu quickly issued a statement saying that he was "profoundly grateful to the president for his courageous and just decision to recognise Jerusalem as the capital of Israel".

Conversely, Hamas warned that the move would "open the gates of hell" on US interests in the region.

Palestinian Authority President Mahmoud Abbas also swiftly condemned the decision. He said the move constitutes a “withdrawal” by Washington from its role as a mediator in the peace process.

Ismail Radwan, a Hamas official, called on Arab and Islamic states to "cut off economic and political ties with the US embassy and expel American ambassadors to cripple" the move.

Palestine Liberation Organisation executive committee chair Saeb Erekat told Al-Jazeera that Trump "had officially declared the destruction of the two-state solution" and "disqualified his country from any possible role in the peace process".

He called Jerusalem “the eternal capital of the Palestinian state”.

Abbas added that the move benefits “extremist organisations” that try to turn the Israeli-Palestinian conflict into a religious war that may drag the region into endless violence.

The Palestinian president, whose Fatah movement signed a reconciliation agreement with Hamas rivals earlier this year, called on Palestinians to seize this “historic moment” to rise over divisions and pursue national unity as a path to freedom and independence.

He said all Palestinian factions would meet in the coming days to weigh their options and come out with a unified Palestinian position.

Trump portrayed the move, which has been widely condemned, as a new direction in the process of negotiating peace between the Israelis and Palestinians. He said that Vice President Mike Pence would be travelling to the region in the coming days to speak with representatives of all groups.

“We are not taking a position of any final status issues, including the final boundaries or the resolution of contested borders. Those questions are up to the parties involved,” he said.

News of the announcement has sparked alarm and outrage from the Palestinians and most of the international community, while Israelis and pro-Israeli activists welcomed the move as long overdue.

UN Secretary-General Antonio Guterres warned shortly after the announcement that there could be no solution to the conflict in Israel-Palestine without Jerusalem as “capital of Israel and Palestine”.

Turkish foreign minister Mevlut Cavusoglu condemned the embassy move in a tweet shortly after the announcement.

"This decision is against international law and relevant UN resolutions," he said.

On Wednesday, Turkish President Recep Tayyip Erdogan called a meeting of the Organisation of Islamic Cooperation to coordinate a response to the US decision.

Jordan and Palestinian representatives called for an emergency Arab League meeting to discuss the issue.
Both Germany and France - also critical of the move - updated travel advice for their citizens, warning of the possibility for violence following the announcement.

British Prime Minister Theresa May voiced opposition to the US decision on Wednesday, saying it is unlikely to help peace efforts.

"We disagree with the US decision to move its embassy to Jerusalem and recognise Jerusalem as the Israeli capital before a final status agreement," her spokesman said. "We believe it is unhelpful in terms of prospects for peace in the region."

Palestinians called for three days of protests - or "days of rage" - starting on Wednesday.

After Trump's announcement, activists urged people in Gaza via mosque speakers to take to the streets to protest the decision.

"He is declaring war in the Middle East; he is declaring war against 1.5 billion Muslims [and] hundreds of millions of Christians that are not going to accept the holy shrines to be totally under the hegemony of Israel," Manuel Hassassian, the chief Palestinian representative to Britain, told BBC radio.

"This decision is an uncalculated gamble that will know no limit to the Palestinian, Arab and Muslim reaction," he said.

"We call on stopping this decision fully because this will usher in the beginning of a time of terrible transformations, not just on the Palestinian level but on the region as a whole."

Jerusalem's municipal government shone Israeli and American flags on the walls of the Old City of Jerusalem in anticipation of the move on Wednesday.

Israel illegally seized the largely Arab eastern sector of Jerusalem during the 1967 Six-Day War and later annexed it, claiming both sides of the city as its capital.

The Palestinians want the eastern sector as the capital of their future state.

The US State Department issued a cable to all its diplomatic posts worldwide on Wednesday asking its officials to defer non-essential travel to Israel, Jerusalem and the West Bank until 20 December, according to a copy of the cable seen by Reuters.

"Embassy Tel Aviv and consulate general Jerusalem request that all non-essential visitors defer their travel to Israel, Jerusalem and the West Bank from December 4-December 20, 2017," said the cable, which did not specify a reason for the request.

- Additional reporting by AFP and Reuters 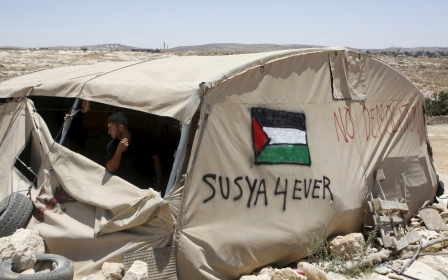 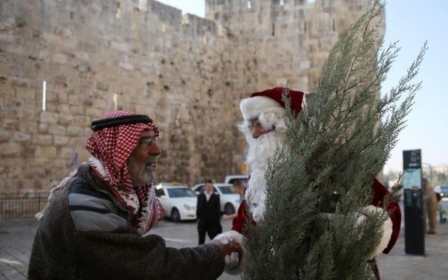