The dome of the US Capitol building is seen behind a row of US flags on 10 April 2020 in Washington, DC
By
MEE staff

A Muslim advocacy group in the United States has called on the Republican Party to disavow a congressional candidate who said Islam's protected religious status in America should be revoked.

Rick Phillips, a candidate for the US House of Representatives for Iowa's second district, told a local television station on Monday that Islam was not a faith that is protected by the First Amendment.

Sitting in front of a Trump campaign flag, Phillips said freedom of religion in the United States was founded on the idea that only different denominations of the Christian faith should be protected.

'The kind of hatred and anti-American views promoted by Mr. Phillips places in danger both constitutional protections of religious freedom and the safety of ordinary American Muslims'

"They were not talking about anti-Christian beliefs," he said of America's founders. "Now if a person does not want to believe in Christ, that's their business, but to say that this first amendment right includes all religions in the world, I think is erroneous.

"Islam was not apart of the founders' denominational beliefs at the time," he added.

In response to his statements, the director of the Council on American-Islamic Relations (CAIR) called on Republican leaders to disavow Phillips' "Islamophobic, unconstitutional views" and to "take a strong stand in support of religious diversity and inclusion".

Speaking to Iowa's Des Moines Register newspaper, the GOP spokesman for the state, Aaron Britt, also condemned Phillips' comments and said that his beliefs "are not reflective of the views of the Republican Party of Iowa".

National Republican leaders have yet to comment publicly on the matter.

During Monday's interview, Phillips also told a story that falsely implied Thomas Jefferson, in particular, was against extending religious freedoms to Islam.

It is well documented that Jefferson, when helping to draft Virginia's Statute of Religious Freedom, was against specifying Christianity as the official religion of the land. In his autobiography, he said inserting the name "Jesus Christ" into the statute "was rejected by a great majority" at the time. That rejection was "proof" that early Americans "meant to comprehend, within the mantle of its protection, the Jew and the Gentile, the Christian and Mahometan (Muslim), the Hindoo (Hindu), and infidel of every denomination," Jefferson wrote.

It is widely accepted among historians that Muslims were among some of the first people to sail to the continent, with roots dating back to the early 16th century, if not earlier.

Challenged by the TV station's interviewer, Phillips was asked why he was targeting Islam specifically as opposed to other non-Christian faiths. The GOP candidate responded with a conspiracy theory that Muslims in America were against democracy and out to see its ruin.

CAIR's Robert McCaw called his views "anti-American", adding that the "constitution must protect Americans of all faiths".

"The kind of hatred and anti-American views promoted by Mr Phillips places in danger both constitutional protections of religious freedom and the safety of ordinary American Muslims."

Following Phillips' TV appearance, the Des Moines Register reached out to the candidate, who doubled-down on his comments, telling the newspaper that he believes Muslims had become increasingly involved in US politics as part of a plan to "disassemble our constitution".

Phillips pointed to the first two Muslim women in Congress, Democratic US Representatives Rashida Tlaib and Ilhan Omar, as examples of his conspiracy.

Phillips brought up and attacked both congresswomen in Monday's televised interview as well, claiming that to win her election, "they" brought 70,000 Somalis to Omar's district to vote for her.

Throughout her term, Omar has been threatened with such rhetoric, particularly last year after US President Donald Trump posted a highly edited video of the congresswoman, which made it seem as if Omar supported and downplayed the 9/11 attacks.

Phillips is one of five candidates running in the Republican primary for the seat in Iowa's second district, as the Democrat currently holding the position plans to retire at the end of his term.

An Iowa native and Marine Corps veteran, Phillips retired after working for several years as a vacuum cleaner repairman and salesman, according to local media.

In 1996, he ran unsuccessfully for a House seat and in 2004, he lost a bid for a county sheriff position. In 2010, he attempted unsuccessfully to get on the ballot in the governor's race as part of the Constitution Party of Iowa. 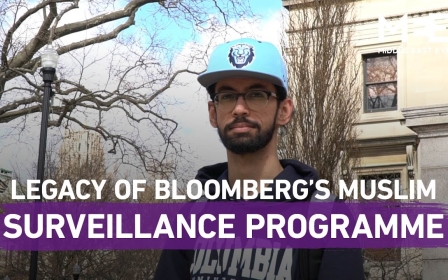