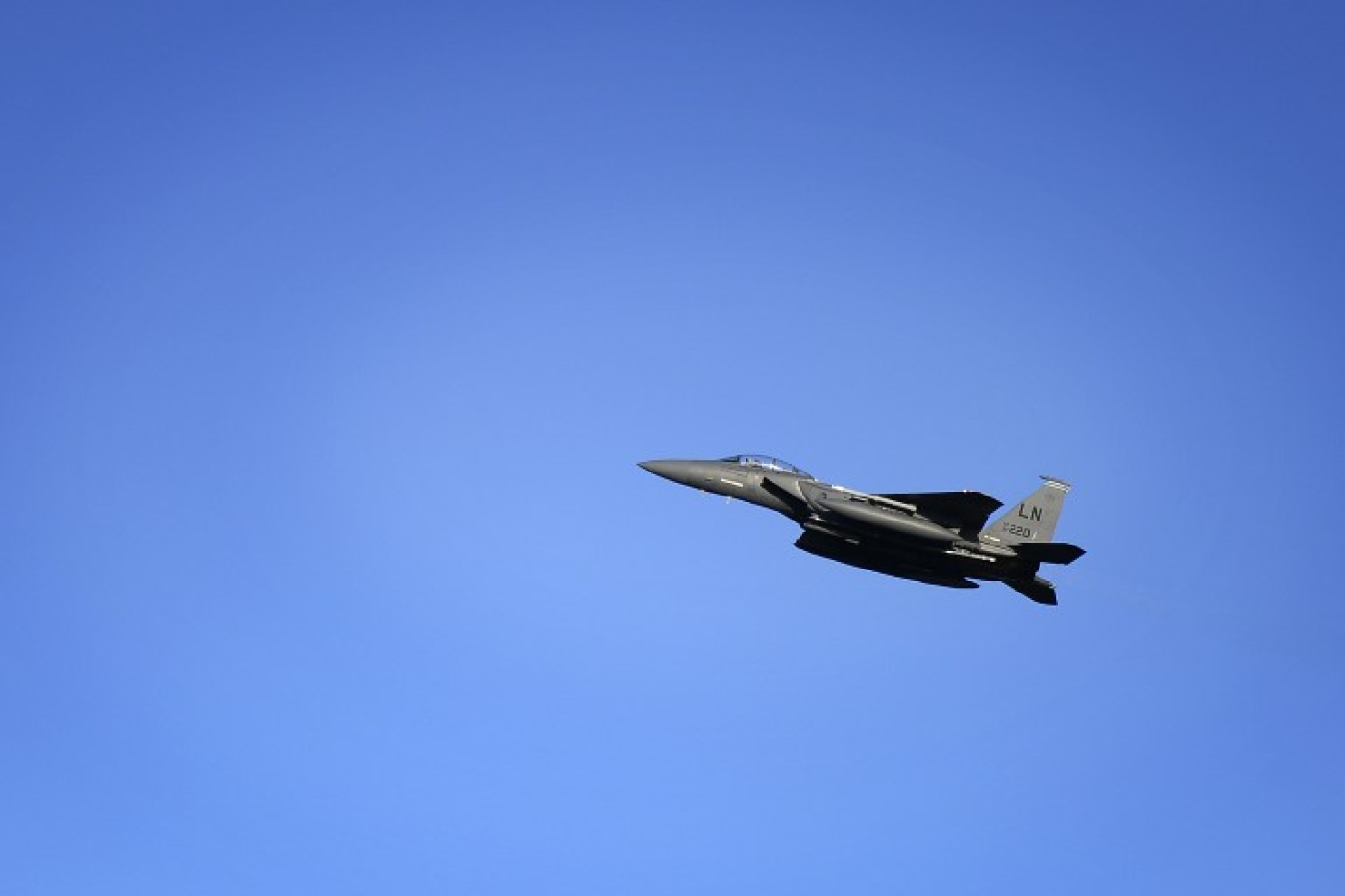 The US has conducted more than 7,000 air strikes in Syria and Iraq (AFP)
By
Simon Hooper

At least eight civilians were killed in US air strikes targeting the Islamic State (IS) group in Syria and Iraq between April and July last year, the US military said on Friday.

US Central Command said it had identified five air strikes in which civilians were "likely" killed and injured after conducting a "thorough review of the facts and circumstances of each allegation".

"We deeply regret the unintentional loss of life and injuries resulting from those airstrikes and express our deepest sympathies to the victims' families and those affected," the statement said.

A spokesperson for US Central Command also told Middle East Eye that other allegations of civilian casualties had been assessed as credible but not yet announced.

Three of the incidents occured in Syria, including an air strike targeting an IS "high value individual in Raqqa, IS's self-declared capital, on 4 July in which the US said "three unidentified civilians were likely killed".

It said three civilians had also died in a strike against an IS "tactical unit" near Soluk, close to the Turkish border, on 11 June, while a civilian was killed in an attack against IS vehicles near Tall al Adwaniyah on 19 June.

A spokesperson for US Central Command told Middle East Eye that of approximately 120 allegations of civilian casualties up to January 2016 it had deemed 87 to be not credible.

Fourteen allegations remained open, while 19 allegations were closed an assesses as credible.

"Of those 19, we have already announced eight," the spokesperson said.

Activists and human rights campaigners have frequently accused the US-led coalition of failing to properly investigate civilian casualties caused by its air campaign against IS since 2014.

Previously the US, which has conducted the vast majority of attacks, had acknowledged causing just two civilian deaths in Syria following an air strike near Aleppo in which two children were reported to have been killed.

It also published a civilian casualty assessment relating to an air strike in March against an IS checkpoint near Hatra, Iraq, which concluded that four civilians had been killed.

The coalition bombing campaign was described by Lt Gen Charles Q Brown Jr, the commanding general, last July as "the most precise in the history of warfare".

But, according to the Airwars website, which compiles reports of civilian casualties, coalition air strikes may have caused nearly 2,400 non-combatant fatalities.

In November, Middle East Eye reported the story of a father who said that six of his children had been killed and two others seriously injured by a coalition air strike that destroyed his home.

Three refugees living with the family also died in the attack, which occured in the town of Atmeh, far from IS-controlled territory.

Witnesses told MEE how they had helped pull the bodies of the children from the rubble.

But US Central Command told MEE that after investigation it had concluded that reports of civilian casualities were "not credible" and maintained that the target of the strike had been an IS "staging area".

Jennifer Gibson, a lawyer at the human rights organisation Reprieve which has taken legal action on behalf of civilian victims of US drone strikes, called on the US to launch "proper, public investigations into dozens of credible claims of civilian casualties".