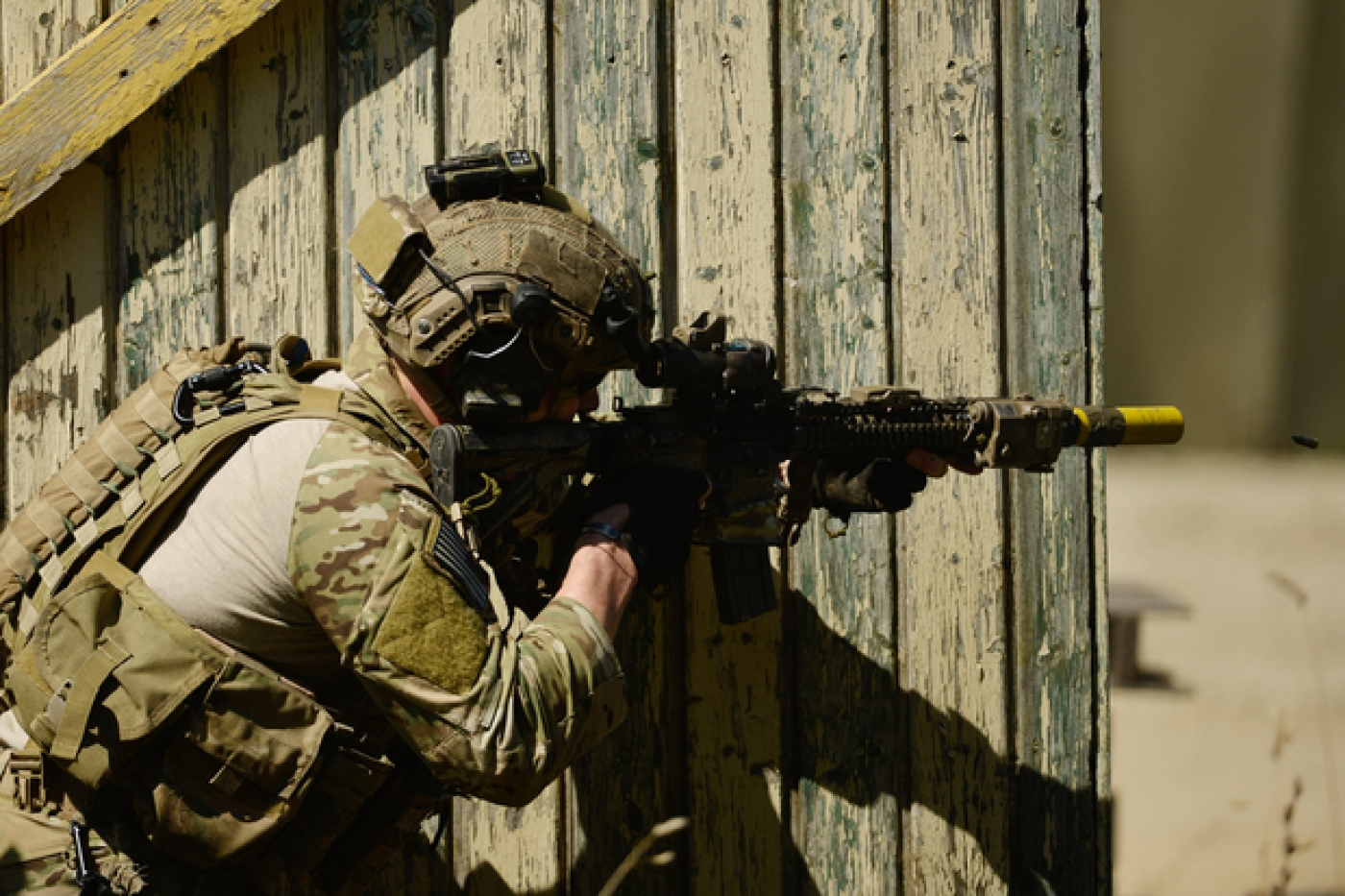 US special forces have been deployed to Saudi Arabia to help locate and destroy ballistic missiles and launch sites used by Houthi rebels in Yemen, a news report has claimed.

A team of Green Berets, the US army’s special forces, deployed to the kingdom’s southern border with Yemen in December, in the wake of missiles attacks by Houthi rebels targeting the Saudi capital, Riyadh, the New York Times reported on Thursday.

The special forces team are working with US intelligence analysts based in the city of Najran, close to the border with Yemen, to help locate missile launch sites in Yemen and are training Saudi forces to better defend the border, the report claims, citing anonymous interviews with six officials from the US, European and Arab nations.

The US commandos, reported to number around 12, are also using surveillance aircraft to track the movement of Houthi missiles and launch sites. But there is no indication the special forces have crossed into Yemen, the report said.

Saudi Arabia, at the head of a coalition of Arab nations, intervened in neighbouring Yemen’s civil war in 2015 to support the recognised Yemeni government of President Abd Rabbuh Mansour Hadi against Houthi rebels.

The Houthis, who are predominantly Shia Muslims, have responded by launching ballistic missiles at military targets and cities in Saudi Arabia. Riyadh and western governments including the US have accused Iran, a regional rival of Saudi Arabia, of supplying the Houthis with missiles. Iran denies the accusation.

Around 50 US military personnel were known to be in Saudi Arabia assisting the kingdom with training and logistical support. But it is the first time the presence of US special forces and aircraft has been reported.

US Senator Tim Kaine, of the Armed Services Committee, said the mission was a “purposeful blurring of lines between train and equip missions and combat".

Citing operational security, the Pentagon said it could not comment on the makeup of forward-deployed forces.

The Pentagon's "limited non-combat support, such as intelligence sharing, focuses on assisting our partners in securing their borders from cross-border attacks from the Houthis," military spokesman Major Adrian Rankine-Galloway said.

At a meeting at the US Congress on 13 March officials from the Pentagon told senators from the Senate Armed Services Committee that American personnel in Saudi Arabia were focused mostly on border defence.

“We are authorised to help the Saudis defend their border,” General Joseph L. Votel, the head of United States Central Command said.

“We are doing that through intelligence sharing, through logistics support and through military advice that we provide to them.”

Nearly 10,000 people have been killed in the war since Saudi Arabia and its allies intervened in 2015. Western support for Saudi Arabia’s bombing campaign has been criticised by politicians and rights groups who say the strikes often result in civilian deaths.

As well as US military support, the Saudi air force has used British-made munitions to hit targets in Yemen and received training from British military personnel.

A report published last month says that there are around 200 UK personnel in Saudi Arabia supporting the Saudi armed forces. Their activities include military training and operational advice to the Saudi Air Force and other security forces.

Today campaigners attempting to challenge UK arms sales to Saudi Arabia in British courts won the right to take their case to the Court of Appeal.

Campaign Against Arms Trade (CAAT) launched a judicial review last year of the government’s decision to continue granting weapons-export licences to Saudi Arabia despite widespread concern over the use of British manufactured arms in the conflict in Yemen.

CAAT lost its initial challenged at the High Court in July 2017, when it warned that the ruling was a “green light” for the UK government to sell arms to “brutal dictatorships and human rights abusers”.

But, Friday’s ruling in the Court of Appeal means that it can launch a legal bid to overturn the High Court judgement, which found the export of arms from the UK to Saudi Arabia lawful, despite global concern that the weapons could be used to commit serious violations of international humanitarian law.

A blockade imposed by Saudi Arabia on Yemen’s ports in November has also been criticised as exacerbating the country’s dire humanitarian situation. Malnutrition and cholera are rife among Yemeni civilians, particularly among those displaced by the war.

The United Nations has called Yemen the world's worst humanitarian crisis as the country stands on the brink of famine. The blockade has since been partially lifted but access to the country remains limited.

On Thursday, a study published in the medical journal The Lancet warned that Yemen’s oncoming rainy season may worsen the cholera epidemic.

More than a million suspected cases of cholera have been reported in Yemen since 2016, and more than 2,000 deaths. The United Nations says 22 million of Yemen's 25 million population need humanitarian assistance.

"We expect to see a surge of cases during the rainy season," said Anton Camacho, lead author of the study said.

"If something is going to happen it will happen now so everyone should be aware and respond quickly. The risk is high," he said.