Voices on unity: Mixed responses to the new Palestinian government 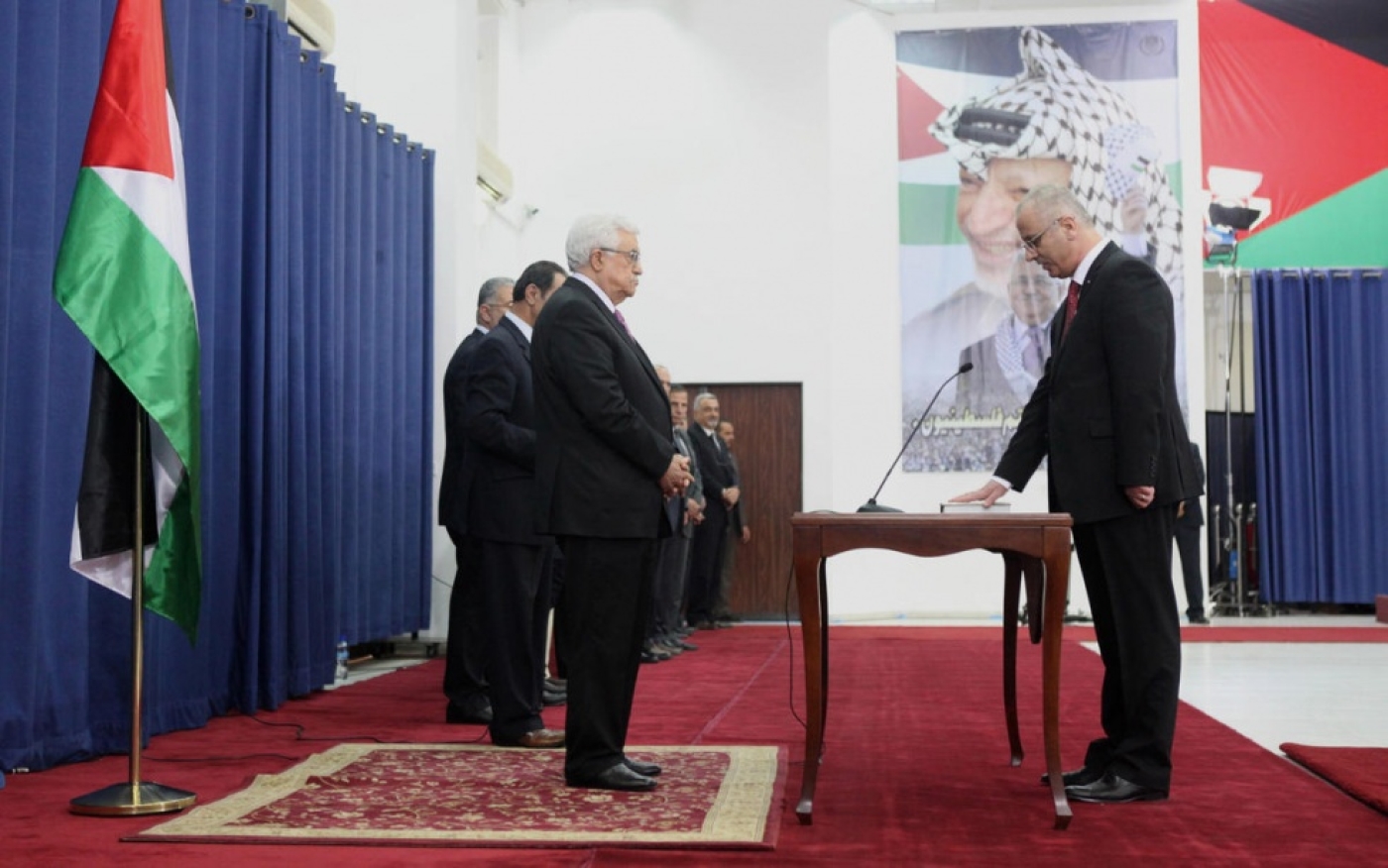 Palestinians have finally created what has been coined as a “unity government” after nearly eight years of paralysing division between the two largest political parties, Fatah and Hamas. This step is extremely overdue, but should be welcomed nevertheless for what it is - a baby step in the right direction, finally accepting government for what it is, a branch of politics and not some technocratic institute.

In the meantime, US and Israeli threats against the government because Hamas has joined it are strategically misplaced. One must ask, where does the US and Israel want Hamas to be – in a transparent political system or in underground trenches? Regardless, the Palestinian government is not any other country’s business, unless that is, they allow Palestinians to choose the Israelis we accept to lead Israel.

The US government’s reaction to the new Palestinian government will almost certainly be to temporize:  “wait and see”, “study the situation and monitor it closely”, “cross that bridge when we come to it”.  The White House and the State Department will try to find a way to maintain contacts, assistance, and quiet on the ground, despite the spectre of Hamas behind the scenes.

Yet Congress is already contemplating economic sanctions against the Palestinian Authority, and this dispute will surely remain a major irritant.  I suspect that the White House will largely have its way on this one, if necessary by invoking the presidential “national security waiver” built into most aid and other relevant legislation.

The unspoken assumption and probably hope is that the agreement will Hamas will eventually collapse of its own accord, so to speak, leaving the US free to resume business as usual without even the pretence of conditionality, while waiting – probably in vain - for the parties to seek Washington’s good offices as an honest broker.

The Israeli government, by contrast, already has a clear policy toward the new Palestinian government:  it is not partner for peace talks, because Hamas proclaims that it does not want peace.  This is a relatively comfortable posture for Prime Minister Netanyahu’s coalition, and neither the US nor the EU nor any other actor is in a good position to force the issue.  As a practical matter, though, Israel is likely to limit its negative reaction to half-measures on tax revenue transfers, travel permits, and similar mostly symbolic steps.  The reason for this restraint is also clear:  Israel has no interest in pushing the PA, or Gaza for that matter, to the point of complete economic, social, or security breakdown -  because that would threaten the existing reality of remarkably calm coexistence on the ground.

Personally I would advise Israeli to try a different tack:  call the bluff of the new Palestinian government, despite (or perhaps especially because) of its Hamas backing, by offering to resume peace talks unconditionally.  But that is the kind of creative gambit that would surely be too controversial for Jerusalem’s delicately balanced governing coalition to even consider.

I think it’s a neutral thing. It’s neither positive or negative until we see what happens. Unity in principle is never a bad thing. I think the Palestinians need unity. It was never a good thing for them to be divided. It was an abnormal situation for them to be divided, both geographically and through government. It’s such a tiny place, the last thing it needs is division, let alone with negotiations.

More than anything else, this is a government to stabilise the political and economic situation and to lead to the next election. Elections haven’t taken place for nine years now which is abnormal. You can’t have a political entity that aspires to be democratic, but at the same time has no elections neither for president, nor for parliament.

If, by the end of it, there are elections and the president and elected president and parliament in which govern Gaza and the West Bank, then I think it’s a positive thing … I don’t expect Hamas to love Israel, but if they accept that this is a reality and they won’t try to change it in a violent way, we are onto something. Of course, it the opposite happens, we have a new situation.

The US tried to send signals, maybe it will invite the prime minister because he is not a Hamas man, but by inviting him, it means there might be a level of engageme

nt. But I think they sort of think that isolating Hamas didn’t work. From Israel, I can expect some punitive measures, maybe [restrictions on] freedom of movement.

They will have none of it. Some of them are talking about not letting Hamas win elections. They don’t see that it’s an element of opportunity here, not danger. I think they should tell Hamas what are the conditions are . . . It can be done behind doors, instead of just saying “no no no no”.

Chris McGreal, is a former correspondent for the Guardian in Washington, Jerusalem and Johannesburg:

It’s difficult to be optimistic about the Fatah-Hamas pact, rooted, as it is, in the desperation and cynicism of both parties.

Hamas is squeezed by its inability to relieve a deepening economic crisis in Gaza made more acute by the hostile regime in Egypt. Fatah’s leader and Palestinian President Mahmoud Abbas has watched his credibility crumble in the West Bank where his administration is too often seen as an arm of Israeli rule.

So Hamas no longer has to take primary responsibility for trying to feed 1.8 million ever more resentful Gazans and Abbas can claim credit for “restoring national unity” - high on the list Palestinians who see division as playing into Israelis hands. But those same Palestinians have greeted the new unity government with scepticism that it will deliver what they want the most - an end to occupation.

The composition of the administration, including academics, businessmen and lawyers with no formal links to either party, does not suggest it will wield real power. That leaves scope for Hamas and Fatah to continue their struggle.

Still, the lack of identifiably Hamas politicians has allowed the US to say it will work with the unity government over Israel’s objections. That is in part a reflection of US Secretary of State John Kerry’s unwillingness to walk away from talks as well as frustration at the Israelis sabotaging his peace efforts.

Besides, less ideologically driven members of the American diplomatic corps have long recognised that Hamas cannot be wished away. Hamas and Jewish settlers are different sides of the same coin and neither can be ignored.

Israel has used the pact as yet another reason not to negotiate. It plans its own sanctions against the Palestinian Authority and is trying to get the US Congress to cut off funds to the Palestinian administration. The Israeli view gets a sympathetic ear from American politicians but that does mean they’re ready to take such a profound step just yet.

Granted, there is a flicker of positive light, a promise that life might be better for Palestinians, especially in Gaza as a result of this unity deal.  But in the euphoria of celebrations many seem to be missing the writing on the apartheid wall.  Let us remember we are still an occupied people.

What we need more than ministries and authorities is resistance and liberation.  What price will this newly formed government pay for its international ‘legitimacy’?  Out goes the ministry of prisoners, what is next? Hamas and Fatah reconciled not based on their vision for liberation, but a desperate need to save their factions from financial, diplomatic and political crisis. The national unity government will no doubt prolong the life of the Oslo created and fully domesticated Palestinian Authority; should we really be excited about this? 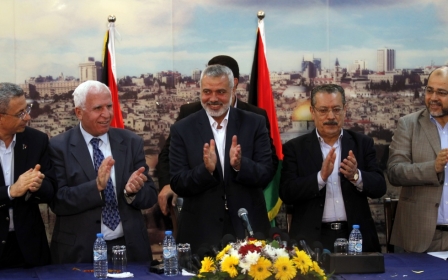 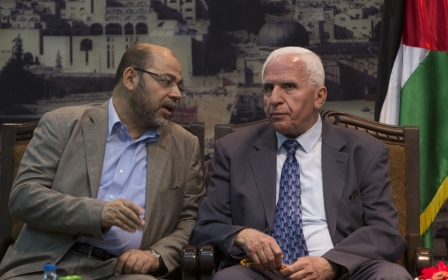 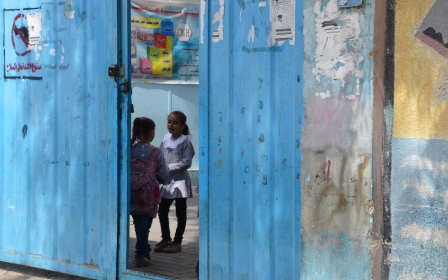