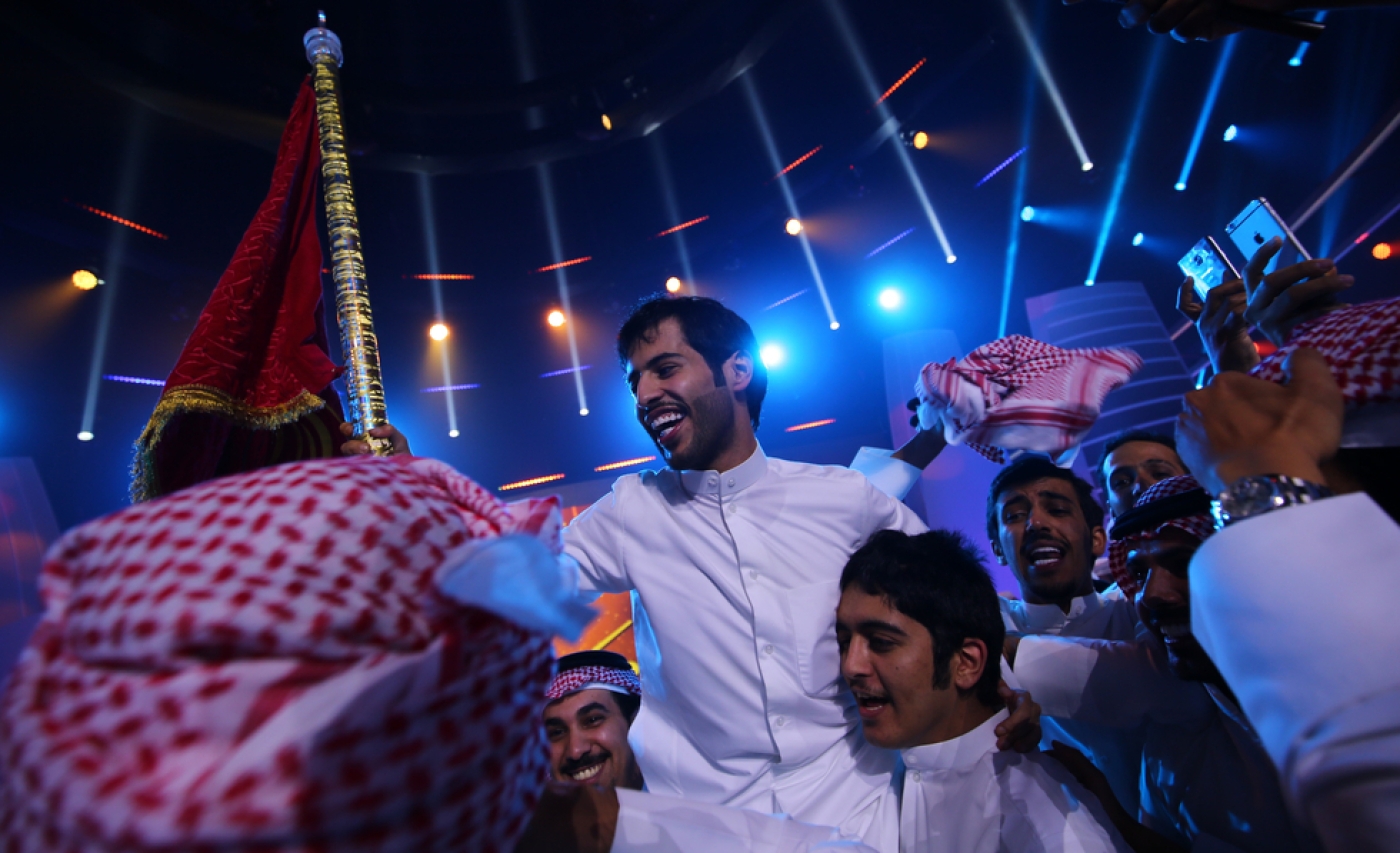 With his Nabati poem, Kuwait's Rajih al-Hamidani was crowned 2016 champion of Million Dollar Poem, staged in oil-rich Abu Dhabi for a seventh year, and took home a prize of five million dirham ($1.36m).

"This is the biggest achievement of my life," said Hamidani after winning the 17 May final. Fans who had travelled from Kuwait chanted and danced around him as he carried the winner's red banner. Hamidani, who studies law in Cairo, keeps the flag for a year, after which he can defend the title or pass it on.

https://www.youtube.com/watch?v=PVMgcbDfMlU&feature=youtu.be
The winning poem describing Hamadani's passion for writing put him ahead of five other finalists. Audiences cheered after every quartet of his Nabati poetry, which uses Bedouin dialect and is favoured in the Gulf but often incomprehensible for other Arabs.

Some Arab royals are known for their passion for Nabati poetry, including Dubai's ruler Sheikh Mohammed bin Rashid Al-Maktoum, who has a dedicated page on his website. The competition takes its cue from the pre-Islamic Okaz poetry festival near Mecca, where poets from across the peninsula recited their finest works of classical verse.

The winning poems used to be penned in gold and pinned to the walls of the Kaaba shrine in the Saudi city that later became Islam's holiest site. Many of those poems are still taught in schools across the Arab world.

"I hope that we will surpass Okaz" in importance, said Issa al-Mazreoui, a member of the organising committee. "We have created a new generation of poets."

The idea is said to have originated from Abu Dhabi's crown prince, Sheikh Mohammed bin Zayed Al-Nahyan, and the prizes are funded by the emirate's cultural authority. Abu Dhabi has been spending lavishly on cultural projects, most notably the Louvre Abu Dhabi. The Guggenheim Abu Dhabi, a museum of modern art, is also being built.

The Million Dollar Poem is aired live on Abu Dhabi and Baynouna satellite channels. Scores of hopefuls apply. Over 15 weeks, 48 finalists from nine countries competed in front of a jury of three while millions watched at home. Eliminations were based on the votes of the jury and the television audience. The six finalists included an Emirati woman.

Poems with political messages drew reactions from studio audiences, with cheers for poets who criticised Yemeni rebels or the Arab Spring revolts. Hamidani won 72 percent of the votes, followed by compatriot Saad Battal and Mohammed al-Tamimi from Saudi Arabia.

"Contrary to other peoples, poetry for the Arabs is not just an art. It records their lives and documents events," said jury member Ghassan al-Khatib.