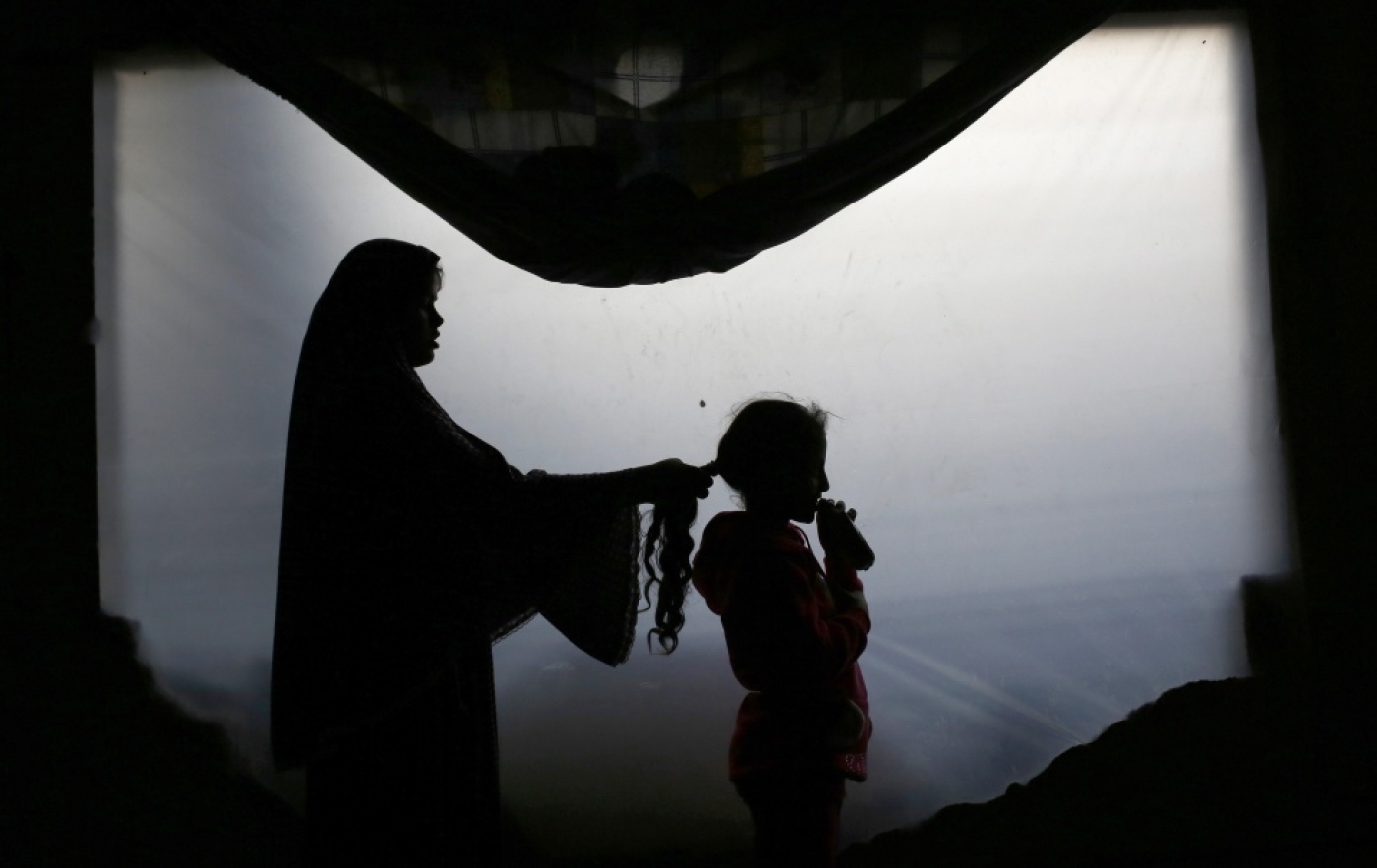 Thousands gathered in the small West Bank town of Sinjil Monday for the funeral of a five-year-old Palestinian girl killed on Sunday when a Jewish settler hit her in his car.

Enas Khalil was walking home from school when she was hit by a car driven by a 29-year-old Israeli from a settlement near Ramallah. The driver fled the scene.

The incident has caused outrage in the occupied West Bank, heightening tensions between Palestinians and Jews living in nearby settlements.

Enas’s body, wrapped in a Palestinian flag, was carried by a procession from her house to a local mosque where relatives and friends performed prayers before burying her. Israeli troops were deployed around the town's entrances in anticipation of possible protests.

Some of the mourners chanted slogans against Jewish settlers and the Israeli state for allowing continued settlement construction.

On 31 August 2014, Israel announced it was appropriating 400 hectares of land in the West Bank to eventually house 1,000 Israel families, the largest appropriation in more than 30 years.

At the funeral some Palestinians accused the driver of deliberately knocking the girl down. The driver told Israeli police that he fled fearing a crowd that gathered at the scene, according to Israeli website Ynet.

Tensions in the occupied West Bank have risen since Israel's seven-week war in Gaza began in July and killed more than 2,000 Palestinians - mostly civilians - and more than 70 Israelis, almost all of them soldiers.

Attacks by Jewish settlers on Palestinian property have occurred in several towns in the occupied West Bank, with Palestinian officials accusing Israeli police of turning a blind eye to the assaults.

On October 14 a mosque in Nablus was set alight in a suspected arson attack that Palestinian officials blamed on extremist Jewish settlers.

It is unclear whether the boy took part in the confrontation, which the Israeli army described as an "illegal riot" in which residents threw molotov cocktails at their forces.

Israel has occupied the West Bank and East Jerusalem since capturing them in the 1967 war. Palestinians want the territories, along with the Gaza Strip, for a future state.

On Monday three Israeli teenagers who admitted to abducting and killing Mohamed Abu Khdeir, a 16-year old Palestinian from Jerusalem, will give their pleas to a district court.

Abu Khdeir was bundled into a car outside his home in East Jerusalem on July 2nd. His body was found in the Jersualem Forest; he had been battered in the head and then, according to autopsy reports, burned alive.

His murder came in the wake of the kidnapping of three Israeli teens—Naftali Fraenkel, Gilad Shaer, and Eyal Yifrach—who were murdered and buried by their Palestinian abductors in shallow graves, an incident that helped spark Israel's seven week war in Gaza.

29-year old settler Yosef Haim Ben-David, the assumed orchestrator of Kheir’s murder, is expected to plea insanity. The names of the other defendants have not been released because a gag order in in place. However, an Israeli judge will allow media and the public to attend tomorrow’s hearing, in effect lifting the ban on concealing their identities.

In July Ben-David told a Jerusalem District Court he was  “the messiah,” later telling police:

“I took three empty bottles from home, we found two more and we drove to the Hizmeh gas station. There, I filled five bottles with fuel, because we were furious and determined to burn something that belongs to Arabs.”