Health supplies had been blocked from entering the city for eight weeks, the WHO said The World Health Organisation said on Wednesday it has managed to deliver desperately needed medical supplies to Yemen's Taiz city which has been besieged for months by Shia Houthi fighters.

The WHO has "successfully delivered more than 20 tonnes of life-saving medicines and medical supplies," it said in a statement.

"These medical supplies are critical to meet the most urgent needs in a city where more than 200,000 people continue to live under siege with limited access to humanitarian aid," it added.

The Houthis and their allies have for months tightened the noose on forces backing President Abd Rabbuh Mansour Hadi in the centre of Yemen's third-largest city.

The health supplies had been blocked from entering the city for eight weeks, WHO said, adding that they were finally delivered to al-Thawra, al-Jumhoori, al-Rawdha and al-Taaon hospitals as of 31 January.

"Hospital staff in Taez City are desperate for medicines and medical supplies so that they can continue to offer the most basic medical care," said WHO Representative in Yemen Ahmed Shadoul.

"The delivery of these WHO supplies is a huge step that we are hoping will pave the way for the provision of more medical support to the city," he added.

Doctors Without Borders said it delivered essential medical supplies to hospitals in the city in early January, in the first such "significant" shipment since August.

That came several days after a Saudi charity said that aircraft of the Saudi-led coalition that is fighting the rebels had dropped 40 tonnes of medical equipment and food to Taiz.

The coalition has since March conducted air and ground operations in Yemen to support local forces against the rebels and their allies.

More than 6,100 people have been killed in Yemen since March, about half of them civilians, according to the UN. 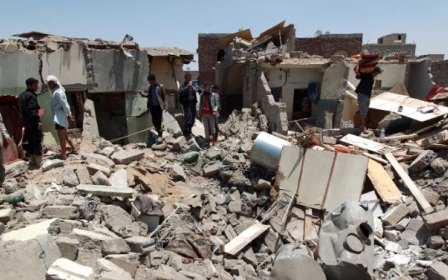