Libya's stability should not be 'bought at the price of the liberty of the Libyan people,' says Crispin Blunt ahead of key summit 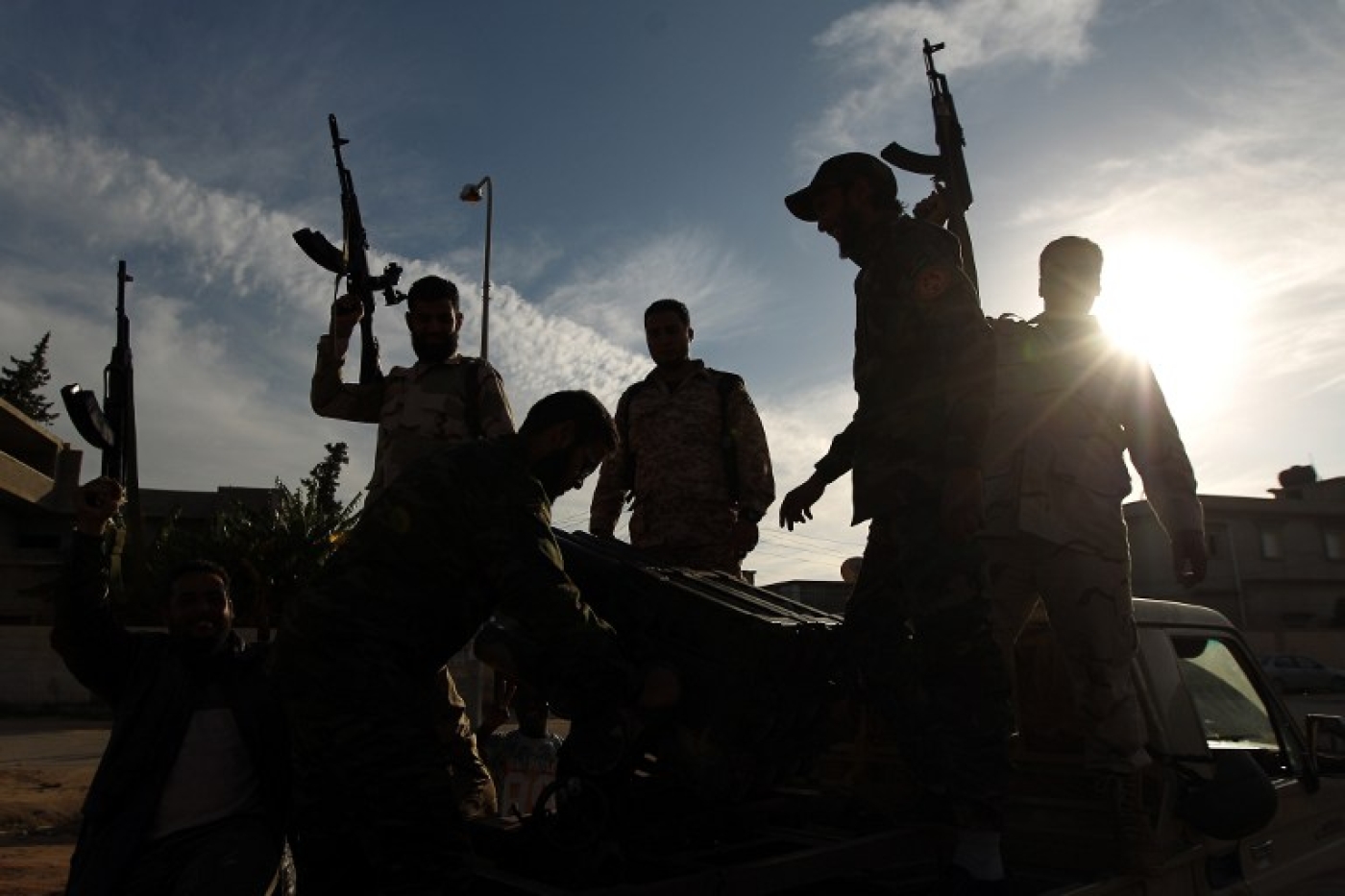 Supporting Libyan General Khalifa Haftar would be a perilous "shortcut" that would sacrifice Libyans' liberty in exchange for stability, the chairman of the UK Foreign Affairs Select Committee said.

Crispin Blunt, MP from Reigate, made the comments at the European Council on Foreign Relations Thursday, ahead of a summit of world leaders focused on the crisis to be led by US Secretary of State John Kerry next week in Vienna.

Instead of supporting Haftar, who has been allied with the Tobruk parliament in eastern Libya, Blunt stressed that the international community needs to unify strategies in order to bring peace to the divided country.

He raised the possibility of introducing sanctions for countries that put their national interests ahead of Libya, including, Egypt which has been accused of supporting Haftar.

Already plagued by years of fighting following the overthrow of leader Muammar Gaddafi and led by two rival administrations since 2014, Libya now finds itself at a crossroads.

In December, the UN brokered an agreement establishing a Government of National Accord (GNA) which was to supersede the rivals, but the new body has yet to be approved by the Tobruk-based House of Representatives (HoR) that has been linked to Haftar.

One of the stumbling blocks has been Haftar’s future, with the self-proclaimed commander-in-chief of the Libyan Arab armed forces - who pushed Islamic State (IS) militants out of Benghazi in February – struggling to hold on to command.

Egypt hosted the HoR's foreign minister in January and allegedly, along with the United Arab Emirates, gave Haftar weapons in defiance of a UN arms embargo. Cairo has done this while publicly saying that it is supportive of the UN process, a strategy Blunt described as twin-tracked.

“The Egyptians overtly appear to be in the right place,” he said, speaking in his own capacity. “Covertly, they appear to be possibly in the wrong place. We need to make sure that state are not able to get away with running a twin-track strategy.”

Several Libyans at the meeting said that they believed the GNA lacks popular support and will fail, questioning what Blunt would suggest as a fall-back plan and why Haftar wasn't part of the solution.

"If Haftar stops IS growth and controls migration, surely that's a better alternative than to continue the rise of IS in Libya," said Ahmed Sanalla, a Libyan analyst, who said he left Benghazi two years ago when IS took control and returned two months ago to find destruction, but also hope.

"And then possibly two years down the line, when Libya becomes bankrupt, Libyans will be hopping on boats, going to Europe as well. So the West needs to be working on Plan B.

"People are fed up, and they want a cohesive military force and security, and Haftar promises that," he added.

Blunt conceded that he has never met Haftar but said many others had, and he believed that supporting Haftar would be a "shortcut" to stability but not long-term liberty and that there was no “Plan B” or alternative to supporting the unity government.

"Is that the route out of this crisis for Libya - to return to the status quo ante?" Blunt said. "[Haftar] and the people around him actually owe Libya more than that."

Haftar has had the opportunity to get involved in the unity government path but has not signed on, Blunt said.

However unappealing it would be for "a general to take orders from a defence minister answerable to a presidential council and some people who have some kind of overall legitimacy from the entire country, it's necessary because otherwise, your country ends up in the state that three major countries in North Africa have been in for most of their independent life".

"I don't think the UK and the Western part of the international community should be party to that path," he added. "We should be doing our level best to make sure that it doesn't happen - when stability is bought at the price of the liberty of the Libyan people."

Less than a month after becoming chair of the foreign affairs select committee last June, Blunt launched an inquiry into the British role in the overthrow of Gaddafi and the aftermath in the country.

The inquiry has seen the former minister tussle in public with Foreign Secretary Philip Hammond, whom Blunt has criticised for not being clear about British plans to deploy ground troops in Libya.

In March, Middle East Eye revealed that British SAS troops have already been deployed to Libya alongside their Jordanian counterparts with the task of taking on IS.

Blunt told the ECFR audience that he intends the inquiry's report to be published before 6 July, the day the long-awaited Chilcot report looking into the UK's role in the US-led invasion and occupation of Iraq, is to be released.

"Had the Chilcot inquiry begun rather earlier and perhaps reported before 2011," he added, "its recommendations might have been able to inform our policies in Libya."