Yazidis urge UN to define IS onslaught as genocide

The IS atrocities against Yazidis constitute genocide and should be called such by the UN, a campaigner told Middle East Eye On Wednesday, she brought her message to the UN Security Council. She criticised diplomats for failing to show unity against IS atrocities and urged them to refer a case of genocide to the International Criminal Court (ICC) in The Hague.

“For Yazidis, it is very important to secure recognition that a genocide was committed against us,” she said. “The word genocide is important, and starting an ICC case will eventually bring recognition, reparations and ensure the protection of civilians in the future.”

Last year, Russia and China vetoed a draft UN resolution to refer Syria’s conflict to the ICC, saying it would worsen the country’s civil war. Moscow is a close ally of Syrian President Bashar al-Assad’s government, which, like IS, is accused of committing atrocities against civilians.

Ibrahim suggested a new draft resolution that would not affect Assad. It would limit the court’s jurisdiction to genocide and other crimes committed against Yazidis in Sinjar and Nineveh Plains, in northwest Iraq, from August 2014 onwards, she said.

It was not immediately clear whether any UN members back Ibrahim’s plan, but divisions in the council over Syria deepened last month with the start of Russia’s airstrike campaign against IS and other opponents of Assad’s forces in Syria.

Spain’s foreign minister, Jose Manuel García Margallo, said the meeting offered an opportunity for Ibrahim, alongside victims of terrorist attacks in Spain and Nigeria, to “tell their truth and tell their story” of “naked suffering”.

In September, Ibrahim’s organisation, the Free Yezidi Foundation, teamed up with Luis Moreno Ocampo, a former ICC prosecutor, to release a report about IS atrocities that focuses on foreign fighters who have traveled to join IS.

Many of these militants come from countries that are members of the ICC and should face genocide charges at the international tribunal, rather than terrorism, murder or rape cases in national courtrooms.

“We want them to be prosecuted for genocide and not just terrorism-related charges. It’s not justice if they get 20 years for rape or murder. That’s not the same as being tried for carrying out an act of genocide,” she told MEE.

“We want to highlight the failure of the Security Council, the mechanisms we have and of member states, which should be more open to giving the ICC information about foreign fighters who leave their countries to kill, rape and commit genocide against Yazidis.”

Last August, the world watched in awe as the radical IS militia launched its blitzkrieg offensive through Yazidi areas in northwest Iraq and sent members of the religious sect fleeing from their centuries-old villages for refuge up the slopes of Mt. Sinjar.

At the time, it looked like IS was purging its growing proto-state of Yazidis, an ancient, predominantly Kurdish people who follow principles of Islam, Christianity and Zoroastrianism which – according to IS – amounts to devil-worship.

But, according to studies by the UN, Amnesty International and Human Rights Watch, IS had also methodically planned to enslave thousands of women in an effort to satiate its army and draw Muslims from overseas to swell its ranks.

As fighters overran villages, they executed Yazidi men and adolescent boys and forced women and girls into a system of slave auctions and servitude to IS fighters, sheikhs and other bigwigs of the self-styled caliphate.

Andrej Umansky, a criminal law specialist at Cologne University, and other researchers who documented Nazi war crimes, are now investigating whether massacres by IS members against Yazidis amount to genocide.

According to the treaty that underpins the ICC, genocide is defined as killings or other atrocities that are “committed with the intent to destroy, in whole or in part, a national, ethnical, racial or religious group”.

Ibrahim and her family fled Saddam Hussein’s Iraq in 1991 and live in the Netherlands. She launched her foundation in August 2014 in response to IS raids on the villages of her relatives in Iraq. It provides support to Yazidi victims of IS violence.

By supporting schemes that assist some 400,000 displaced Yazidis in northern Iraq, European leaders can slow the number of them who join an exodus of Middle Eastern refugees that is sending shockwaves across Europe, she said.

“If you do not provide refugees, who have suffered so much, with pyscho-social support and other care that they need, then how can you can expect them to travel to other countries to find a future for themselves and their children?” she said. 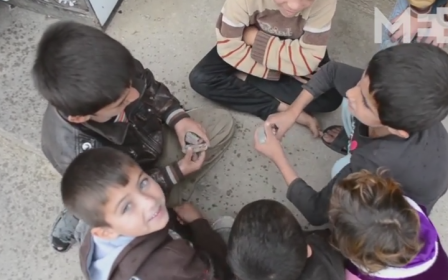