Decision by rebel-backed court and huge rally in Sanaa could block resumption of peace talks in conflict that has killed 10,000 people Yemen's President Abd Rabbuh Mansour Hadi during a visit to the country's northern Marib province on 10 July 2016. (REUTERS/)
By
Reuters

A Yemeni court in territory controlled by the armed Houthi movement sentenced the group's enemy in a two-year-old civil war, President Abd Rabbuh Mansour Hadi, and six other top officials in his government to death for "high treason" on Saturday.

The decision by a court in the Houthi-run capital Sanaa, reported by the state news agency Saba, may render more remote the resumption of stalled peace talks to end the conflict, which has killed at least 10,000 people.

On Sunday, following the court ruling, hundreds of thousands of people took to the streets of Yemen's rebel-held capital in a show of support for the rebels, two years after a Gulf coalition intervened against the rebels.

The Yemen conflict pits the Shia Houthi rebels and their allies against government troops supported since March 2015 by a Saudi-led coalition.

Combined with the court case, the rally is being seen as a show of force by the Iran-backed rebels.

Crowds converged on the capital's Sabaeen Square on Sunday, chanting their vows to "resist to the end".

Over the past two years, Saudi Arabia and a mostly Gulf Arab military coalition have launched thousands of air strikes and used a small number of ground troops to try to dislodge the Houthis and restore Hadi to power.

The Houthis, allied to Saudi Arabia's arch-enemy Iran, have progressively lost territory to the offensive but maintain control over the capital and most population centres.

Several rounds of peace talks have ended in failure. The Houthis insist Hadi is illegitimate and must stand down, a position rejected by his government and the United Nations.

Saba quoted the Sanaa criminal court as having convicted Hadi of "incitement and assistance to the aggressor state of Saudi Arabia and its allies".

The death sentence for high treason was also passed down on several senior government officials, including the ambassador to the United States, Ahmed Awad Bin Mubarak, and the former foreign minister Riyadh Yassin.

"With great pride my name is on this list of honour," bin Mubarak wrote on his official Facebook page, calling his convicted colleagues his "brothers".

The president was placed under house arrest after the Houthis overran the capital in September 2014, and later fled to the southern port city of Aden.

The coalition intervened with air strikes on 26 March 2015, after Houthis advanced on other parts of the country including the port city.

Hadi's forces have since gained ground in southern Yemen, but the Houthis still control the capital and strategic ports on the Red Sea coastline.

The Saba news agency on Sunday ran an editorial slamming the "rise of the Houthi militia" as an Iranian "plot" targeting Yemen and neighbouring Saudi Arabia.

"Free Yemenis will continue to choose resistance, as long as the coalition led by Saudi Arabia continues to choose war," Saba quoted Saleh as saying in a speech marking the two-year anniversary.

Houthi leader Abdul-Malik al-Houthi said the coalition had been "living under the illusion that they can take Yemen in a week or a month ... but have sunk into the mud".

Home to one of al-Qaeda's most dangerous branches, Yemen has a complex history of civil unrest.

The rebels had long complained of marginalisation and in 2011 mobilised protests demanding economic and political reform that led to Saleh's resignation the next year after decades in power.

But the Houthis and Saleh put their differences behind them in 2014, as the rebels took control of the capital with the support of troops still loyal to the former president.

More than 10,000 people have been killed and three million displaced in Yemen since March 2015, the United Nations says.

This month, 42 people, mainly Somali refugees, were killed when a boat transporting them out of Yemen came under an air attack off the main Red Sea port of Hudaida.

On Sunday, Human Rights Watch said there was evidence the attack may have come from the coalition and could amount to a war crime.

Saudi Arabia has denied involvement and called for the United Nations to take control of the Hudaida port, which is currently in the hands of the Houthis.

The United Nations has described Yemen as the worst humanitarian crisis in the world today, with fighting leaving millions desperate for food and shelter.

It says the country this year also faces a serious risk of famine. 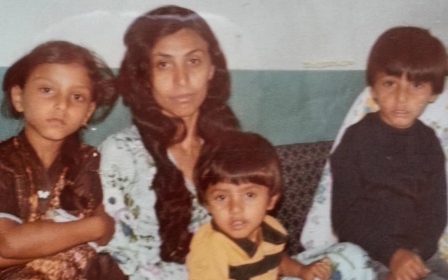 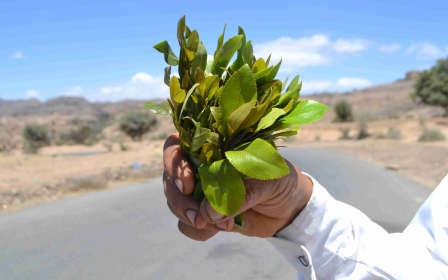