Yom Kippur reminds Israel of the need to repent past sins

For a state that sanctions a holy day of forgiveness, Israel should be more forthright about the stains on its conscience 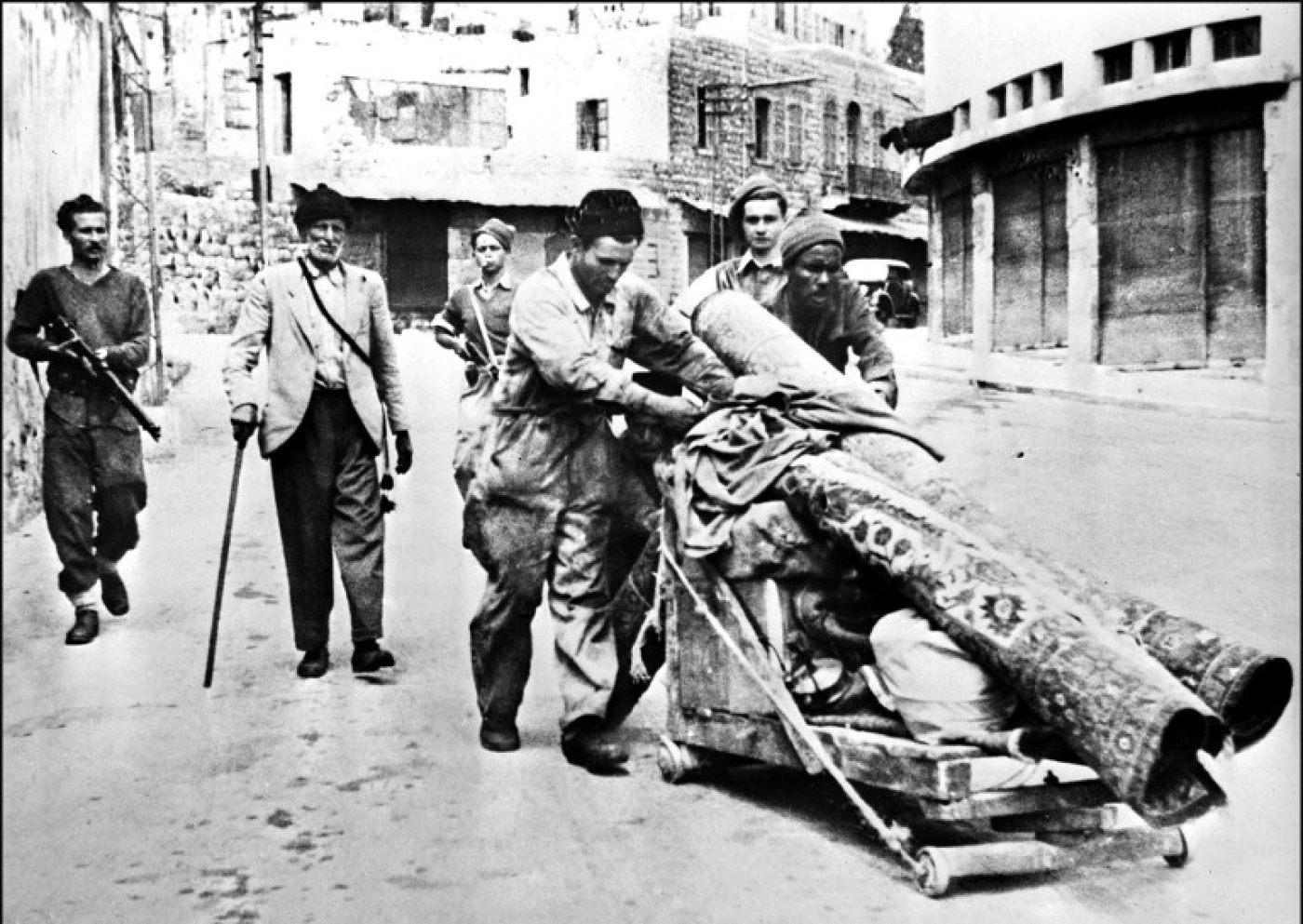 Wednesday is Yom Kippur, the Day of Atonement - the holiest Jewish holiday. It is a day of prayers for the believers but not only for them.

Many secular Israelis and Jews also observe and respect the day, whose true meaning is that the individual and the whole nation engage in soul searching, reflection and forgiveness for the passing year's sins.

There are two types of states. There are those that are mature enough to not be ashamed to ask for forgiveness from their own citizens or their enemies for past crimes. Ones that are ready to reconcile with the past and compensate victims or their families, even after hundreds of years.

And there are nations who refuse to do so and dig their heels deep in the ground.

Democratic Germany is an outstanding example for the first type. It agreed to take responsibility for the Nazi regime’s crimes during the Holocaust against the Jews. Since the 1950s, it has supported the existence and security of Israel, a commitment engraved in its foreign policy.

Australia, New Zealand and the US also belong to this category. They have expressed regrets and are trying to rehabilitate and compensate their native populations for hundreds of years of persecution, discrimination, deportation, land confiscation and racism. Recently, the US government declassified documents which shed light on the involvement of its agencies in human rights abuses and assassinations in Central and South America.

The Truth and Reconciliation Commission in South Africa which exposed the Apartheid brutality and the international tribunals which have investigated war and genocide crimes in Cambodia, Rwanda and the Balkans are other examples.

Even in the Soviet Union, the communist party leader Nikita Khrushchev had the courage in 1956 to denounce the colossal crimes of his predecessor the brutal murderous dictator Joseph Stalin.

On the other hand, Turkey is a perfect example for the second category. It rejects its responsibility for the Armenian genocide during the First World War and fights hard, sometimes dirty, against anyone who criticises it for its self-denials. Turkey holds that the Armenians who were killed were part of the mass killings of hundreds of thousands of people from many different ethnicities.

If Israel had admitted that Palestinians suffered, lost their homes and had their lands confiscated, it could have helped to cleanse the poisonous atmosphere and reduce the level of hatred

Unfortunately, despite its efforts to be part of the Western democratic world, Israel also is part of the second type of states. Like others in this category, it operates a propaganda machine, repressive mechanisms and rewrites history.

One repressive system is the military censorship which prevents Israeli journalists from exposing past misdeeds whether they involved killing prisoners of war, black operations or ties to drug dealers.

Neither its honour, pride, international standing, nor its interests would have been damaged or weakened had it admitted that, in the heat of the 1948 war, the state was involved in deporting hundreds of thousands of Palestinians, while many other Palestinians decided on their own initiative to abandon their homes or followed instructions of their leaders to do so, promising that they would return victorious and expel the Jews.

The 1948 war was Israel’s independence war. It was a justified war of self-defence after the Palestinians and the Arab states refused to accept the UN partition resolution and invaded the Jewish state in order to prevent its creation.

Still, if Israel had admitted that, even if it wasn’t its fault, Palestinians suffered, lost their homes and had their lands confiscated, it could have helped to cleanse the poisonous atmosphere and reduce the level of hatred between the two sides.

And even if such an admission would not have enhanced the understanding between the two peoples, still Israel would have scored moral points and would have been appreciated by the international community for its integrity, honesty and historic sensitivity.

Throughout its 67 years of independence, Israel was also involved in foreign and security policies which it shouldn’t be proud of.

In the 1970s and 1980s, Israel was among the few nations that maintained an ugly love affair with the white minority racist apartheid regime in South Africa, which murdered and repressed the black majority. It sold weapons and modern technologies and had a secret nuclear cooperation pact with Pretoria.

It was a shameful and cynical policy by Israel which had risen from the ashes of the Holocaust to find itself in the same bed with a regime whose founding fathers sympathised with the Nazis. No national interests can justify such a double standard. The South African connection is one of the darkest chapter in the history of Israel, for which, even today, its leaders have never bothered to apologise or express remorse.

Over the years, Israel also sold weapons to brutal dictators in South and Central America and Africa almost without any inhibitions. But at least Israel was not alone in this business. Other Western and democratic nations such as the UK and France also showed their greed in that respect.

In the last decade, under pressure from parliamentarians, journalists, academics, human rights activists and even foreign ministry officials, Israeli governments have tried to inject some moral and ethical considerations in the design of the country’s foreign and security policies, alongside the usual justification in the name of “national interests” when it comes to weapons sales or diplomatic support for dubious regimes.

Thus, the media revelation in September that Israel secretly tried to lobby in the EU and US on behalf of the Sudanese ruler should have shocked every decent Israeli and Jew.

General Omar al-Bashir, who has ruled Sudan with an iron glove in the last 30 years, is one of the planet's most brutal dictators. His hands are caked with blood. He is wanted by the international court as a war criminal for the genocide he had ordered against the people in the Darfur region.

He hosted Carlos the Jackal, the pro-Palestinian Venezuelan master terrorist, among whose notorious plots include the 1975 kidnapping of oil ministers and tens of others at an OPEC meeting in Vienna.

Al-Bashir gave shelter to Osama bin Laden, let the Iranian al Quds force establish bases in his country and helped smuggle weapons to Hamas in Gaza. For his actions, the Clinton administration and, more recently, the Israeli army bombed targets in Sudan.

However, recently like a chameleon, al-Bashir changed his colours, dumped Iran and jumped on the Saudi bandwagon in the Shia-Sunni schism. Sudanese troops are now involved in the civil war in Yemen.

That was enough for Israel, which has a secret cooperation with Saudi Arabia and other Arab countries who fear Iran, to forget al-Bashir’s sins and in the name of "real politik" to try to cleanse his image in the West.

The Israeli effort failed, but its behaviour is another deviation from basic international norms and a desecration of human values, another stain on the Israeli and Jewish conscience.

What is most amazing about this conduct is that it happens in a state which sanctions and cherishes, on the most holy day in the Jewish calendar, the values of soul purification, forgiveness and repentance.

- Yossi Melman is an Israeli security and intelligence commentator and co-author ofSpies Against Armageddon.

Photo: Three members of Haganah, the Jewish Agency self-defence force, escort 12 May 1948 in Haifa three Palestinians expelled from the city after the Jewish forces took over the harbor on 22 April 1948 (AFP) 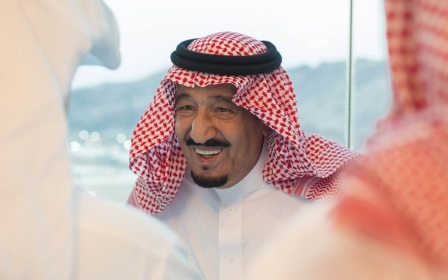