The absurdity of Trump's relationship with Israel 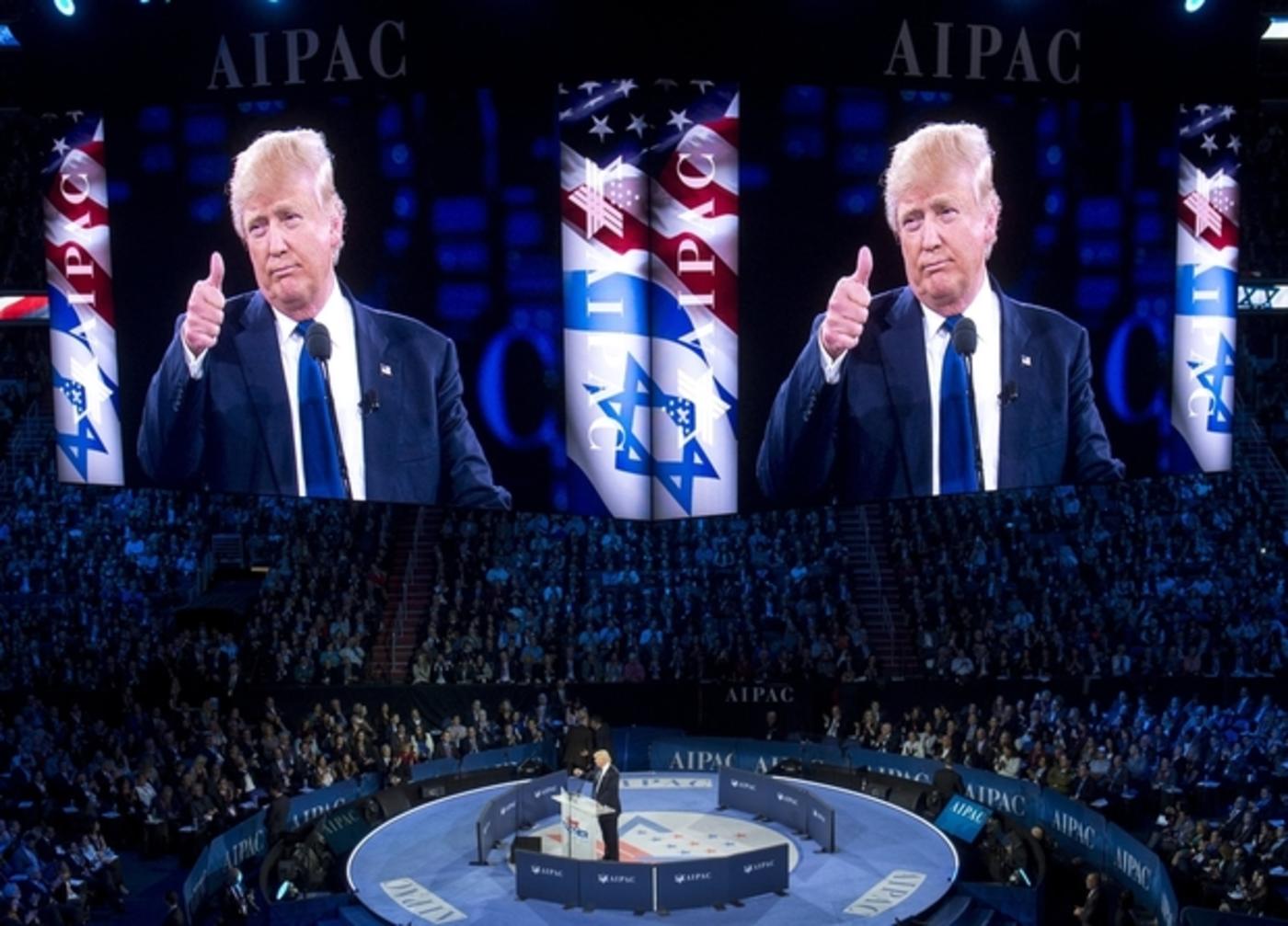 On 6 December, US President Donald Trump, American populism's gift to the world, acting as if he was a fanatic Zionist in a conservative US TV show, declared Jerusalem the capital of Israel.

Judging from his excitement and tone during the speech, designating a city as the capital of another country from one's own capital must have been bizarre even by Trump standards.

The entire scene could not be more absurd if Trump had also declared Washington as the capital of Israel.

In fact, that is what happened. On 6 December, it was declared incontrovertibly that Washington is now the capital of Israel. It was exactly for this reason that, as an example of primitive provocation, once Trump finished his speech, the Israeli and American flags were projected on the walls of the Old City of Jerusalem.

Neither analyses of Middle East politics nor Washington's foreign policy axis or theological assessments explain Israeli-American relations. It is difficult to explain persuasively the form and content of that relationship.

The only remaining explanation is the power of the Israeli lobby. Yet here one has to tread carefully for fear of sounding like a conspiracy theorist.

The lobby's sway over Washington and its ability to take it hostage are, however, real. When viewed from that perspective, Trump's performance on 6 December was nothing but an American tragedy or surrender.

Claiming the US, which basically handed over the most powerful country on earth to a troll wrapped in a flag of populism, cannot be taken captive by Israel would itself amount to a conspiracy theory.

Israeli occupation, attacks on Gaza and Lebanon and American occupations of Afghanistan and Iraq have been the root sources of crises in the region for the past seven decades. Therefore, Trump's announcement on Jerusalem does not differ from interventionist steps by previous US administrations that neither rested on a coherent strategy nor offered a convincing roadmap in terms of security policies or overall policy planning.

Trump’s decision should therefore be considered alongside the law passed in the US Congress during the Clinton presidency in 1995 to move the US embassy in Tel Aviv to Jerusalem.

Hence, it is hard to disagree with the opinion that US policy towards the Middle East has become a paradox. If we remember the magnitude of the tsunami the Bush family created in Iraq, only to be followed by disasters caused by Obama's policies in Egypt, Iraq and Syria, we can say that Trump is closely following in their footsteps.

Perhaps it is the American mindset and US interventionism in the Middle East that is the source of the problem. A realist would observe that there is no logical explanation how these policies, mainly the unquestionable Israeli axis, have served American interests.

We are going through a deep crisis in the region, shaped by American and Israeli occupations and attacks since the millennium

At this point, it is not difficult to predict what may happen next. Both Democrats and Republicans, who voted 90-0 last June to move the US embassy to Jerusalem, will unanimously stand behind this decision for two reasons that have nothing to do with Trump: first, indifference, as with the invasion of Iraq, and the humanitarian tragedy in Syria.

Second, supporters of US isolationism prefer sparking global outrage to confronting the machinations and power of the Israeli lobby. Representing American populism in the most lumpen manner possible, Trump, living in an Islamophobic mentality, has taken a step that would ruffle feathers even in Israel.

Yet the aim of finding and constructing a capital for Israel, which lives physically in the Middle East but mentally in Washington, remains in vain. A state that aspires to confiscating Jerusalem, the common capital of all Abrahamic religions, must be bereft of common sense.

Then it would be our mistake to expect the ambitions of Israel, an entity that has clung to its status as an occupier and its dreams of a liberated land for the last half a century, to follow any kind of logic.

Hence all that is left in Israel is the automatic reflex to maintain the occupation and protect past gains at all costs. With this last move, Israel hedged its short-term fate on Trump. Yet Israel may not have a bright future with Trump, the least popular American president ever, which it sees as its sole "safety net".

Trump’s "America First" strategy has also taken a ruinous hit these days, because there is no one left inside his team that "works for America" any more. His son-in-law, campaign chief and former national security advisor are all accused of working for other countries. In the middle of the wreckage left by Trump's decision, we do not yet know if Trump himself will face a similar accusation.

We can see these follies as "American desperation" and watch what is to come. We can do better yet by saying that Trump's decision on Jerusalem, likely to trigger a domino effect, did not just reveal the irrationality in American-Israel relations but also demonstrates how the Israeli lobby directs US policy.

As long as the strong anti-Trump presence in the US does not face this stark reality, we will keep hearing that it was Trump alone who took the decision on Jerusalem.

Those who have suffered so much and enough in the Middle East, however, will only laugh, with a sarcastic grin on their faces, at the idea of an Islamophobic troll in Washington who thinks he can determine what happens to Jerusalem.

- Taha Ozhan is a member of the Turkish parliament and a former chairman of its foreign affairs committee. He is an academic and writer and holds a PhD in politics and international relations. He frequently comments and writes for international media. His latest book is Turkey and the crisis of Sykes-Picot Order (2015).