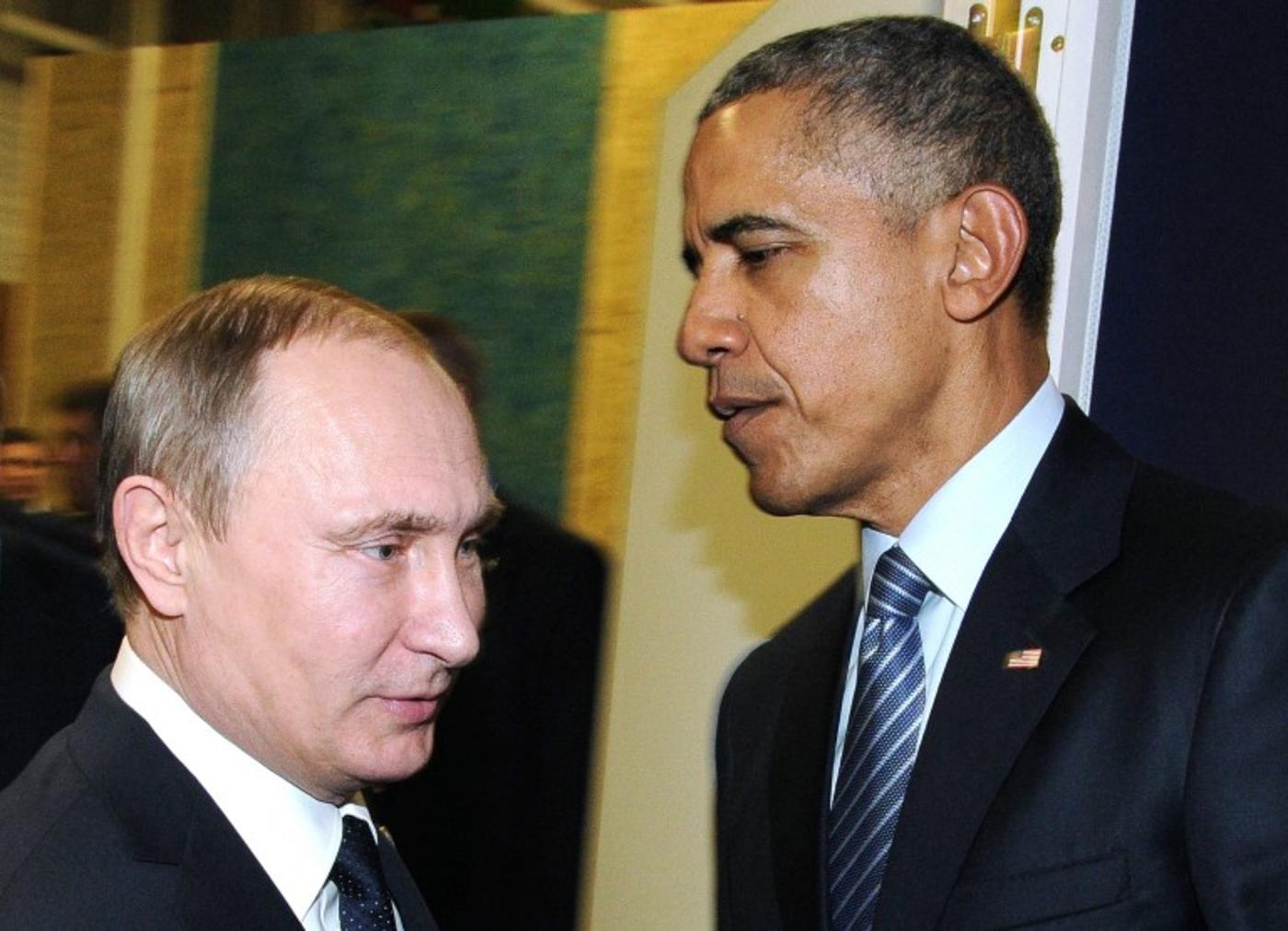 The brutal Battle of Aleppo tragically claimed hundreds of innocent lives, many of them children.

It finally ended with the defeat of the Syrian militant rebel groups – primarily Jabhat Fateh al-Sham (the rebranded al-Qaeda affiliate al-Nusra Front), Ahrar al-Sham and Jabha al-Shamiya – and the victory of pro-Assad forces.

The tragedy is yet another reminder that the era of the unipolar world, characterised by the United States as an unchallenged superpower since the collapse of the communist bloc in 1990, has come to an end.

The US was not a party to the final deal to evacuate the rebel-held zones and ultimately could not play any role to prevent the bloodbath in the ravaged city of Aleppo.

However, a portion of the American political elite lives in a state of denial and finds it difficult to digest the painful fact of the decline of American power. Alternatively, they believe that the current international political landscape can be reversed by intensifying interventionist policies.

In a 14 December editorial, the Washington Post editorial board wrote, “By refusing to intervene against the Assad regime’s atrocities … President Obama created a vacuum that was filled by Vladimir Putin and Iran’s Revolutionary Guard.”

This group of the American elite does not realise that in this new era, the US is not powerful enough to project its hegemony around the world at will. In fact, the US did all it could to bring Syrian dictator Bashar Assad down, but to no avail.

The Aleppo tragedy is a result of the US and its Western allies’ fixation on the 'Assad must go' mantra, and the policies adopted in support of that doctrine, without having the power to materialise it

In a 16 December press conference regarding the Syrian crisis, President Barack Obama said, “I understand the impulse to want to do something. But ultimately, what I’ve had to do is to think about what can we sustain, what is realistic.”

In response to the Washington Post editorial, Patrick Buchanan, political commentator and co-founder of the American Conservative, correctly argued that “the blunder was not in staying out of Syria’s civil war, but in going in. Aleppo is a bloodbath born of interventionism.”

The Aleppo tragedy is a result of the US and its Western allies’ fixation on the “Assad must go” mantra, and the policies adopted in support of that doctrine, without having the power to materialise it.

Meanwhile, they had not slightest vision of the domestic forces inside Syria and thus guessed at who would replace the Syrian dictator.

The US funded, trained, and armed the Syrian “moderate rebels” only to later discover that such a force and movement was non-existent. Rather, the US had inadvertently joined the terrorists. Pentagon-trained rebels betrayed the US and handed their weapons over to Jabhat al-Nusra immediately after entering Syria.

According to a New York Times report, in 2013 President Obama secretly authorised the Central Intelligence Agency to begin arming Syrian rebels under operations code-named Timber Sycamore. The spy agency knew “it would have a willing partner to help pay for the covert operation: … the Kingdom of Saudi Arabia,” according to the Times.

The US did what it could to succeed in Syria, but the multipolar world crowded with state and non-state actors would not let it reshape the Syrian political system to conform to its desire.

Another significant sign of the decline of American power that stood out in Syria is the fact that the US’s close and strategic allies in the region would adopt policies with absolutely no regard for the US government’s demands. This became apparent when Americans realised that terrorist groups dominate the anti-Assad forces and demanded that their allies cut their support for them. US officials were still delusional that they could organise their own rebel groups to fight Assad and the Islamic State (IS) simultaneously.

A leaked email of Hillary Clinton’s dated January 2016 includes an excerpt from a private October 2013 speech in which Clinton notes that she wanted to pursue “a more robust, covert action trying to vet, identify, train and arm cadres of rebels” in Syria. The rebels would have fought both the government of President Bashar al-Assad and “the Al-Qaeda-related jihadist groups that have, unfortunately, been attracted to Syria.”

She added, however: “That’s been complicated by the fact that the Saudis and others are shipping large amounts of weapons - and pretty indiscriminately - not at all targeted toward the people that we think would be the more moderate, least likely, to cause problems in the future.”

In a 2014 email purportedly written by Hillary Clinton to John Podesta, her campaign manager in this year’s presidential election, published by WikiLeaks, she says, “We need to use our diplomatic and more traditional intelligence assets to bring pressure on the governments of Qatar and Saudi Arabia, which are providing clandestine financial and logistic support to ISIL and other radical Sunni groups in the region.” They could not.

Two years ago, Vice President Joe Biden, talking at the Institute of Politics at Harvard University, confessed the inability of the US to force its regional allies to change course in Syria.

“Our allies in the region [Turkey, Saudi Arabia and the UAE] were our largest problem in Syria,” he said. They poured “hundreds of millions of dollars and tens of thousands of tons of weapons” towards anyone who would fight against Assad. And we could not convince our colleagues to stop supplying them.”

Turkey was no less effective than Saudi Arabia in the rise of IS, only to fulfill the neo-Ottomanist dreams of its leaders by disregarding the US demand to stop that course of action. Footage published in 2015 by the Turkish daily, Cumhuriyet, which integrated the video in a report, found that the Turkish intelligence agency (MİT) had continually ensured IS terrorists safe passage into Syria.

Given the above facts, it is interesting that President Obama, at his 16 December conference, said that the blame for the brutality in Aleppo rests “in one place alone - with the Assad regime and its allies Russia and Iran. And this blood and these atrocities are on their hands.”

To cover up their defeat in Syria and the presidential election, the Democrat US administration relentlessly seeks to shape a Cold War II against Russia by simplistically blaming their losses on the personal ambitions of the Russian president, Vladimir Putin.

Thomas Graham, one of the leading US experts on Russia, rejects the anti-Putin hysteria. He holds that Russia “cannot survive other than as a great power.” Putin’s “authority,” he adds, “is reinforced by an elite that, save for a small minority, shares this view, which also resonates with the broader population.

"Putin’s departure will not likely change the essence of the Russian challenge, no matter how different his successor’s style and tactics might be.”

According to Kremlin spokesman Dmitry Peskov, presently “almost every level of dialogue with the United States is frozen. We don't communicate with one another, or (if we do) we do so minimally.”

This is a frightening situation. A lack of cooperation between the US and Russia will only end in more chaos, more bloodshed in the Middle East, and will create endless opportunities for militants to unleash utter terror both in the region and the West.

Interestingly, the amateur politician President-elect Donald Trump has shown a glimpse of hope. Apparently he understands the new world order.

According to a Bloomberg 20 December report, “Trump has already showed his hand by planning to stack his administration with officials supportive of closer cooperation with the Kremlin, from Michael Flynn, the president-elect’s national security adviser, to Exxon Mobil Corp chief Rex Tillerson, a candidate for secretary of state.”

On 23 December, in response to Putin's Christmas letter, Trump issued the following statement: "A very nice letter from Vladmir Putin; his thoughts are so correct. I hope both sides are able to live up these thoughts, and we do not have to travel an alternate path."

Shahir Shahidsaless is an Iranian-Canadian political analyst and freelance journalist writing about Iranian domestic and foreign affairs, the Middle East and US foreign policy in the region. He is the co-author of Iran and the United States: An Insider’s View on the Failed Past and the Road to Peace. He is a contributor to several websites with focus on the Middle East as well as the Huffington Post. He also regularly writes for BBC Persian. You can reach him at [email protected] or follow him on Twitter @SShahisaless.