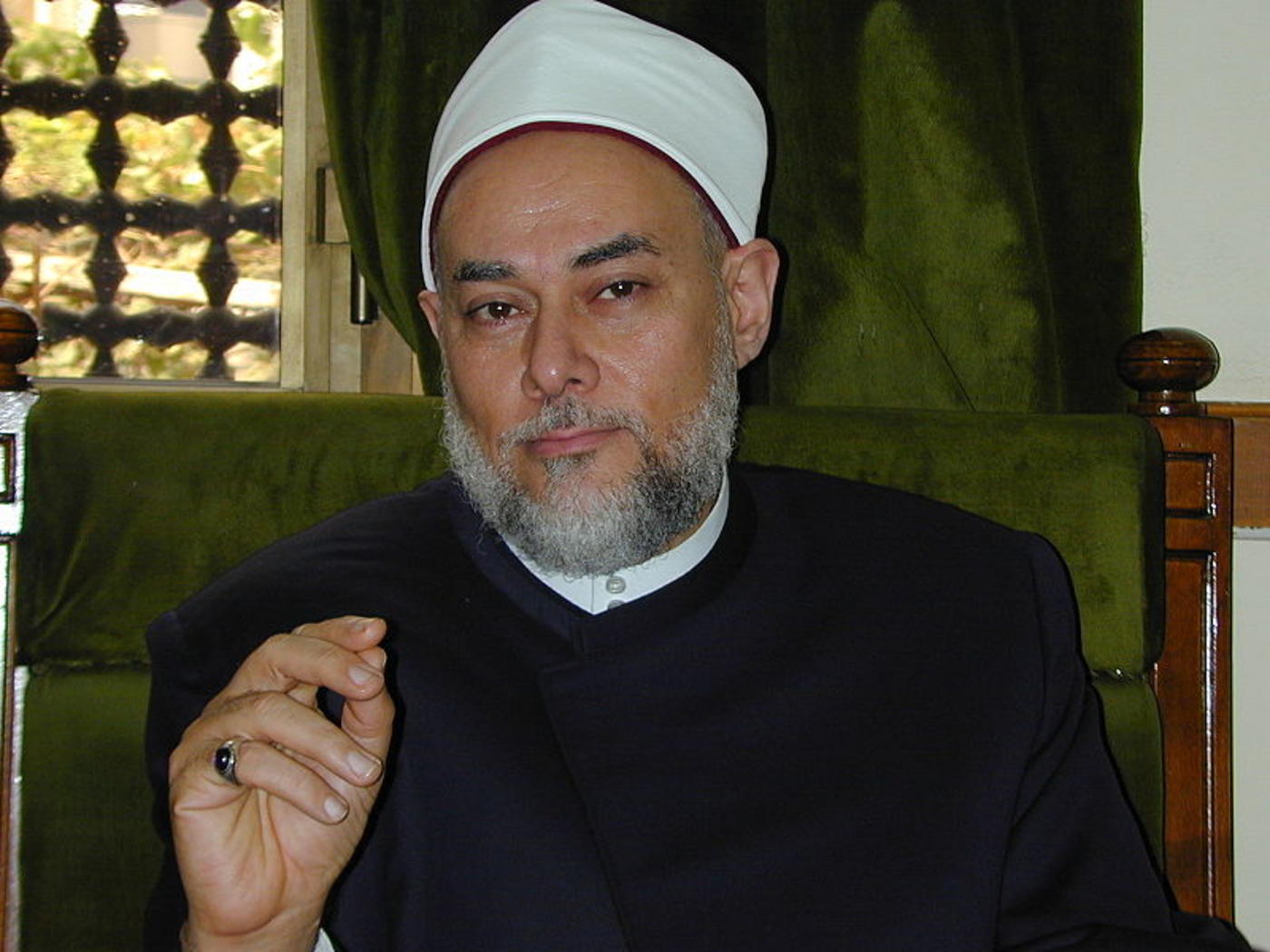 Ali Gumah is arguably Egypt’s most recognised Islamic scholar. Egypt’s former Grand Mufti is a Sufi whose primary stated religious objectives are purification of the heart and closeness to God.

His nationally televised programmes and sermons have, for many years, been offered up as key outlets for Islamic religious education in Egypt. He has long been a favourite of Egypt’s dictatorship because, as a Sufi, he has pursued a de-politicised Islam. Indeed, one of Gumah’s primary disagreements with the Muslim Brotherhood concerns the latter’s insistence that Islam constitutes a comprehensive spiritual, social and political system.

Gumah has accused the Brotherhood - who swept five consecutive elections during Egypt’s post-2011 democratic transition - of misusing religion for political gain. But it is Gumah who has, on repeated occasion, used religion as an instrument of authoritarian political repression. Gumah employed religious principles to oppose the 2011 protests that ousted dictator Hosni Mubarak, support Abdel Fattah al-Sisi’s 2014 election bid, and back the current Sisi government right through its worst human rights atrocities.

Gumah was generally unsupportive of the democratic protest movement that led to the ousting of Mubarak in 2011. During Egypt’s 2011 uprising, Gumah was noticeably protective of Mubarak. In a television interview, he said that anti-Mubarak protests were producing “a nation that is delayed” and creating “a situation where people can’t find bread (to eat)”.

He went on to issue a religious decree permitting Muslims to avoid attending obligatory Friday prayers on Friday February 5, 2011. The fatwa was significant because the end of Friday prayers provided a launching off point for massive anti-Mubarak protests.

In a press conference during the heart of the anti-Mubarak uprising, Gumah said people are “jealous of” and “angry at” Egypt and referred to the protests as “a trial”. He repeated Koranic verses calling on Muslims to unite. He went on to comment specifically about small numbers of pro-Mubarak protesters, praising them as those “who wish to celebrate the hero of war and peace [Mubarak], and who wish to celebrate the lawful head of state, and who wish to stand with the constitution, and to stand with stability.”

Gumah also lamented the fact that Egypt was “losing billions [of Egyptian pounds] every day” something which he said “does not please the Lord”. Although Egyptians were being praised widely in international media circles, Gumah said the anti-Mubarak protests were negatively affecting both “Egypt’s image” and the “image of Islam”. He said that the problem could have been solved through peaceful reconciliation, “but each time we solve the problem [the anti-Mubarak protesters] start a war and a fire. And Allah puts out this war and this fire.” At the time, Gumah’s position was corroborated by the Sheikh of Al-Azhar, Ahmed al-Tayyib, who went so far as to proclaim that anti-Mubarak protests were “religiously forbidden”.

Some Muslim defenders of Gumah said that his objective in opposing the anti-Mubarak protests was not to support the Mubarak dictatorship per se, but to prevent a “fitna” - a trial - for the nation. This may have been a plausible interpretation had Gumah similarly opposed the 2013 protests that ultimately removed Mohamed Morsi, Egypt’s first-ever democratically elected president, from office.

Perhaps unsurprisingly, Gumah did not speak out against the anti-Morsi protests. Although Gumah’s supporters have suggested that his decision to speak out against the 2011 anti-Mubarak protests was motivated by a concern for “fitna”, Gumah’s personal political views provide a more convincing explanation.

Gumah was generally supportive of the Mubarak regime and was deeply opposed to the Morsi government. Notably, during the summer 2012 presidential election runoff between Morsi and Mubarak regime figure Ahmed Shafiq, Gumah used a religious Friday sermon as an opportunity to proclaim his support for Shafiq. In the sermon, Gumah posited that Shafiq was “closer to Allah than [Morsi]”.

Since Morsi was ousted by military coup on July 3, 2013, and especially since Sisi was elected president in a sham election in early 2014, Gumah has offered strong support for Sisi’s political programme, which has featured the worst human rights atrocities in Egypt’s modern history, including mass killings, mass arrests, mass death sentences and mass state executions.

In spring 2014, following several state-sponsored massacres of protesters, Gumah aggressively supported Sisi’s campaign for presidency. In a Facebook post, Gumah said that he would be voting for Sisi and asked others to do the same. In a January 2014 television interview, Gumah boasted of 30 million Egyptians in support of Sisi, and said that he was confident that Sisi would not have serious competition in the election. He also said a prayer for Sisi.

Gumah has also aggressively supported Sisi government policy since Sisi’s election. For instance, in May 2015, the Egyptian government hanged six young Egyptian men over accusations that the men killed two members of Egypt’s security forces. Human Rights Watch and Amnesty International both quickly produced evidence - including Egyptian court records - showing that at least three of the six men had already been in jail at the time the alleged crime was committed. Human Rights Monitor put forth evidence that all six of the men must have been innocent because they had already been in jail for some time at the time the alleged crime was carried out.

Undaunted by widespread global condemnation of the hangings or the fact that the men appeared to have been wrongly executed, Gumah defended the judicial decision and condemned the six men as “dogs of the hellfire”.

Egypt’s security forces have committed several large massacres that have killed hundreds of protesters. Human Rights Watch’s 2014 report, “All According to Plan,” based on nearly a year of primary research and evidence, implicates the highest levels of the Egyptian government in state-sponsored mass murder, including the massacre of more than 800 “overwhelmingly peaceful” protesters on a single day (August 14, 2013). Gumah has repeatedly offered up support for Egypt’s security forces, consistently referring to them as “heroes” and encouraging them to carry out deadly force against protesters.

Around the time Egypt’s police and army massacred hundreds of unarmed protesters in August 2013, Gumah delivered an address to members of the security forces, encouraging them to use lethal force on disloyal, criminal Egyptians. In his address, Gumah refers to the Muslim Brotherhood as “kharijites,” a group believed by Muslims to be heretical, and encouraged police to “shoot to kill” violent protesters, whom he refers to as “rotten and smelly people”.

Gumah’s role in propping up Sisi’s military regime has constituted an important part of Egypt’s current campaign to eliminate the Muslim Brotherhood from society, but it should not be singled out. The Sisi government has engaged in a comprehensive policy of control, including silencing the press and jailing dissenters. In keeping with his stated goal of fomenting a “religious revolution” to combat extremism, Sisi has also banned religious books, banned religious parties, shut down 27,000 mosques, frozen the funds of religious charity organisations loosely affiliated with the Brotherhood, and implemented legislation dictating the topics of Friday Mosque sermons and ensuring that only state-sponsored Imams deliver sermons.

Importantly, Gumah and other religious scholars, have come to Sisi’s aid. In addition to the support by Gumah documented here, Al-Azhar Sheikh Saad El-Deen El-Helaly has provided a key source of support for Sisi. El-Helaly called Sisi a “Messenger of God” and argued that Muslim Brotherhood members are “polytheists” who should be killed until “religion is only for God”. Another well-known Imam delivered a poem in praise of Sisi.

The irony in all of this is that Sisi’s plan for a “religious revolution” to combat extremism is itself, in many ways, a campaign of religious extremism. Scholars supportive of the Sisi regime have done precisely the things they’ve wrongly accused mainstream Islamists of doing - engaging in takfir (the act of declaring professing Muslims to be non-Muslims) and calling for acts of unlawful violence.

After all, the group that is most often the target of the Sisi government’s wrath - the Muslim Brotherhood - has an extensive literature denouncing both takfir and terrorism, and no credible evidence exists that the Brotherhood has deviated in any meaningful way from the ideas expressed in their literature.

The tragedy is that Sisi’s policy may become a self-fulfilling prophecy. As his government closes off the political spectrum, shuts down avenues of dissent, and commits unprecedented human rights violations, it may also be radicalising previously peaceful Islamists. To this point, Muslim Brotherhood leadership has remained committed to non-violence, but at least some of their frustrated youth members may have already broken off from the leadership’s official position.

Perhaps more importantly, previously dormant Al-Qaeda and ISIS affiliates have recruited new members and carried out unprecedented violent attacks on Egyptian police and military personnel. In spite of the fact that extremist groups like Supporters of Jerusalem and Sinai Province (formerly known as Soldiers of Egypt) have claimed responsibility for nearly all of the violent attacks committed in Egypt since summer 2013, the Sisi government has continued to stubbornly blame the Brotherhood for almost all of the violence.

Egypt’s 2013 removal of Morsi was supposed to bring about stability. Instead, it has produced unprecedented instability. Ali Gumah and other religious scholars have played no small role.

- Dr Mohamad Elmasry  is an Assistant Professor in the Department of Communications at the University of North Alabama. 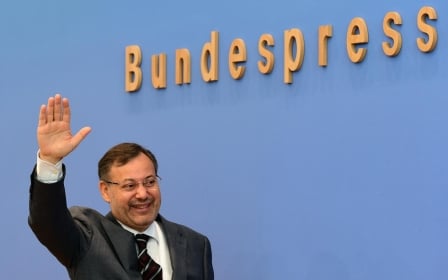