Faisal Kutty
Terrorist recruiters could not wish for better poster boys than Donald Trump, Ted Cruz and some of their cheerleaders in the media 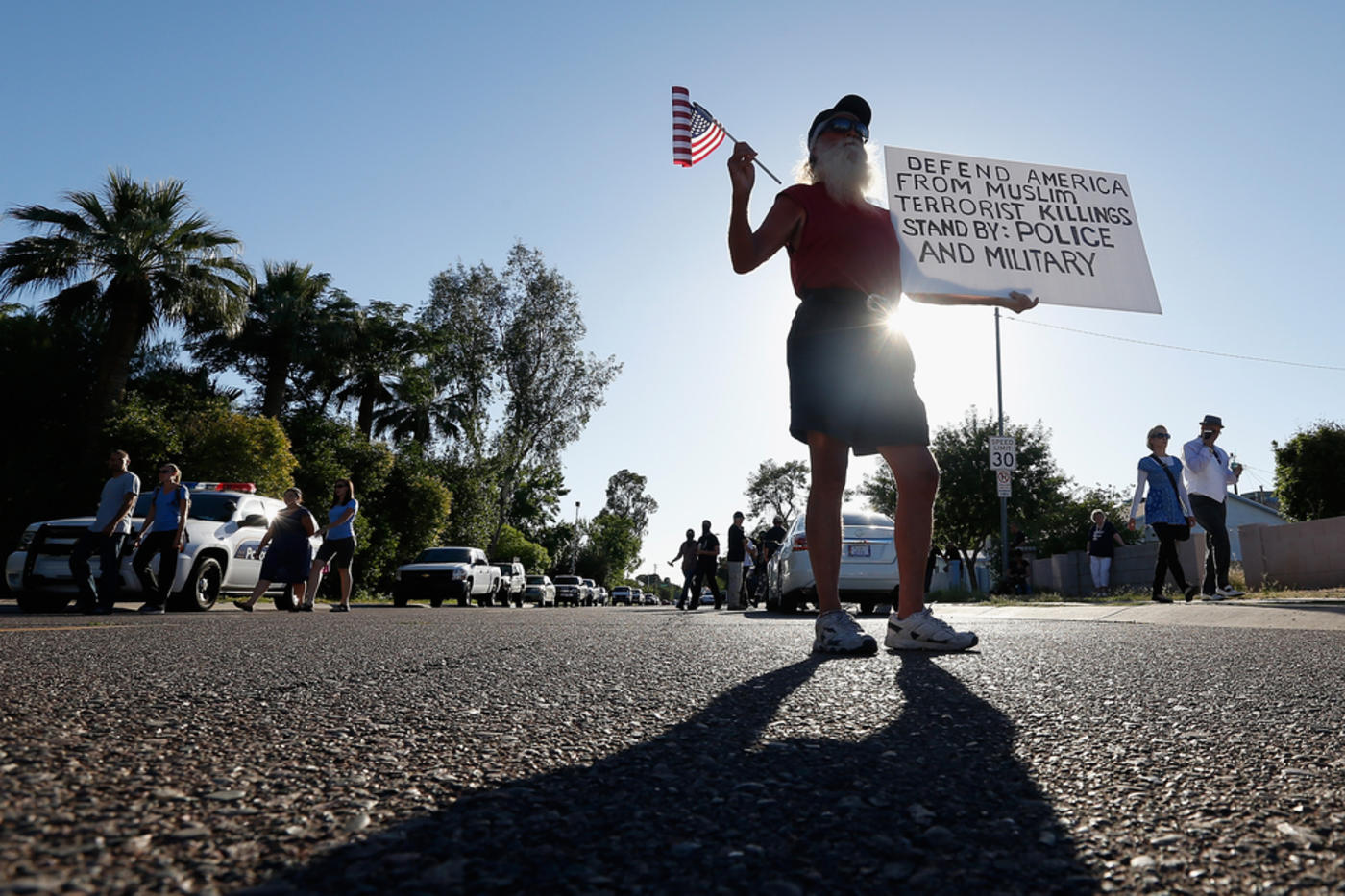 Flight safety concerns based on “Middle Eastern” appearance and use of Arabic terminology appear to be flying high in US airspace these days. In fact, within the last few months, United Airways, Spirit Airlines, Southwest and Delta have all been accused of outright Islamophobia.

The latest incident involved Khairuldeen Makhzoomi, a senior at the University of California, Berkeley, who was removed from an Oakland-bound Southwest flight. He was turned in by a concerned passenger who heard him speaking in Arabic on his phone. The kicker appears to have been his use of the supposed terrorist code word “inshallah.” Mind you Makhzoomi was only bragging to his uncle, a political analyst in Baghdad, about an event featuring UN Secretary General Ban Ki-moon, which he had just attended.

As alert Americans overzealously rid the airspace of those espousing "potentially threatening comments" (translation - Arabic), the situation on the ground is not much better.  Recent reports allege that Arab students at Idaho State University have been subjected to discrimination. In fact, according to Reuters, both the Kuwaiti daily Al Qabas and Gulf News reported that Saudi Arabia and Kuwait are transferring out their students and suspending scholarships earmarked for the university as a result.

American Muslim students don’t appear to fare any better. Accusations of supporting terrorism, beatings and even death threats are increasingly being directed at Muslim children and those who are perceived to be in schools across the nation, according to an in-depth report published earlier this year by Mother Jones.

The situation is getting so serious that even psychologists have started to weigh in on the damaging impact of such an environment, especially on children. This should come as no surprise to anyone. The political rhetoric and some of the uncritical and sometimes even irresponsible media coverage have real consequences.

There is no single accepted definition of Islamophobia, though there is some consensus developing around the meaning proffered by the Runnymede Trust in a 1997 report commissioned by the British government: "an unfounded hostility towards Muslims, and therefore fear or dislike of all or most Muslims.”

Critics fulminate against the term on the basis of an etymological deficiency, arguing that the term prevents them from challenging aspects of Islam while simultaneously labelling them as suffering from a mental disorder (phobia). They lament that they are precluded from denouncing Islamic doctrines of jihad, martyrdom, blasphemy/apostasy, and the practice of gender inequality in some Muslim societies, etc.

Detractors fail to appreciate the fact that there is no single understanding or view on these controversial issues even within the Muslim community. Moreover, even many Muslims (including myself) are some of the loudest critics of some of these very ideas.  Indeed, even many Islamic scholars (including Islamic feminists) denounce and question many of the prevailing understandings and practices without denigrating Islam or its followers en masse.

Contrary to their objections, it is a phobia because the fear is based on exaggerated or irrational assessments of the situation. It is the epitome of intellectual dishonesty on the part of some Islamophobes to claim that they are involved in constructive or academic critiques as opposed to peddling derogatory, simplistic, caricatured and patently offensive stereotypes of a diverse people.

Moreover, the generalised hate born of their fear mongering is not channelled exclusively to those who may be legitimate recipients of their scorn or censure. Why should the average American Muslim be responsible or answerable for the extremist understanding and articulation advanced by foreign Muslims or militants?  Indeed, the extremist or even foreign version of Islam is not the only version.

While talking heads debate the technical merits of the term, as noted above, the ground realities are being felt by Americans in flesh and blood.

Demonisation of Muslims has a long history in Western politics and popular culture, but many saw it for what it was - caricature. The difference is that Muslim-bashing is now mainstreamed.

A discourse initially fueled by a well-funded network of professional merchants of hate first only infected a small segment of the Republican party, but has now reached heights never before imagined even outside the party. Donald Trump’s proposal to ban and register Muslims, and Ted Cruz’s calls to patrol Muslim neighbourhoods all pass for debatable policy.

All three of these proposals have significant support (about 50 percent) of Americans. It reaches comical proportions when you have a Constitution defending demonstrators with semiautomatic rifles surrounding mosques and intimidating law-abiding Muslims, while some onlookers are still unsure as to who are the real terrorists in this situation.

Why should non-Muslims care? Well, if basic American values of fairness, equality and freedom are not enough, consider that Americans are being bamboozled into looking away from significant issues facing the nation: health care, the economy, social security, wealth disparities, the environment, crumbling infrastructure and the state of race relations, all of which are made to appear insignificant in the face of the Islamic threat.  Indeed, lawmakers are busy battling Sharia phantoms and the “creeping Shariah” but have no time for the seeping lead destroying water pipes as we see in Flint, Michigan. The Islamophobes have clearly succeeded in diverting attention from many equally (if not more) important issues.

The insidious and increasingly mainstreamed anti-Muslim hate is counterproductive. This “us” versus “them” mentality where American Muslims are seen as the enemy is exactly what Daesh and those of its ilk seek to instill in the minds of their potential recruits. As Muslims get bullied and marginalised in American society, the extremist rhetoric of Dar ul Islam (abode of peace) and Dar ul Harb (abode of war) gains increasing traction. Ironically, as many have correctly pointed out, terrorist recruiters could not wish for better poster boys than Trump, Cruz and some of their cheerleaders in the media.

Far from making America great, Islamophobia only fuels a greater internal threat. That is reason enough for Americans to take note and help to fight it.

-Faisal Kutty is counsel to KSM Law, an associate professor at Valparaiso University Law School in Indiana and an adjunct professor at Osgoode Hall Law School of York University in Toronto. You can follow him on Twitter @faisalkutty

Photo: A protester holds an American flag and a sign as he stands outside the Islamic Community Center on 29 May, 2015 in Phoenix, Arizona. Crowds gathered in response to a planned "freedom of speech" demonstration where attendees were encouraged to bring weapons and "draw Mohammed" (AFP).