Bahrain’s human rights fiasco: What is the West afraid of?

Husain Abdulla
As Britain pushes forward with its plans to build up a permanent military installation, it has scaled back its criticism of the Bahraini government 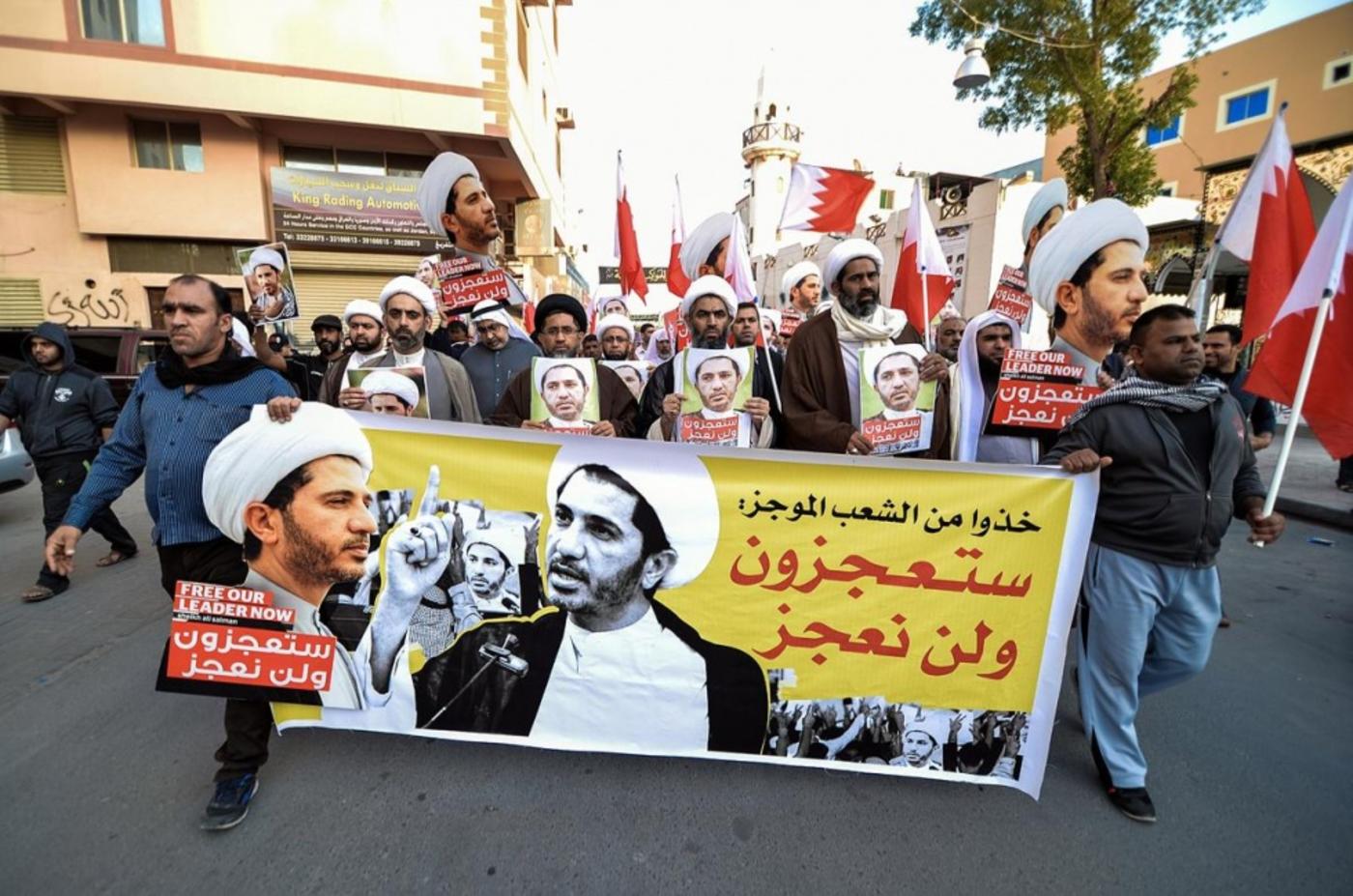 On 20 January, Nabeel Rajab – a well known human rights activist - will appear in a Manama court after the Bahraini government deemed remarks he made on Twitter as “denigrating to government institutions”.

Arrested back in October 2014, Rajab could face up to six years in prison under draconian anti-terrorism laws for his supposed crime. In response, the international community exploded with condemnation. More than 100 NGOs joined the governments of the United States, Norway, France and Ireland, as well as the President of the European Parliament, 13 members of the UK Parliament, 59 members of the European Parliament and the United Nations High Commissioner for Human Rights in publically denouncing Rajab’s arrest and calling for his immediate release.

It is easy to understand why Rajab’s case has prompted this unprecedented outcry from the international community. Rajab embodies a figure with whom Westerners can easily relate. He is well-known, apolitical, areligious and staunchly nonviolent. His message of human rights and representative government resonates deeply in the West, making it difficult for NGOS and governments to remain silent over Bahrain’s zero tolerance policy toward peaceful dissent.

But while Rajab finds sympathy with the international human rights community and some Western governments, he enjoys little support from Bahrain's two main political allies in the West. Outside of limited calls to release Rajab from prison, the US and UK have applied no actual pressure on the Bahraini government to secure his release. Such inaction from two heavyweights on the side of democracy and human rights stands in direct contradiction with their purported human rights agendas.

For the United States, a recent cooling in US-Bahraini relations appears to have quieted Washington’s desire for action. Following Russia’s incursion into Crimea earlier this year, the US and Europe imposed tough sanctions on Moscow. Washington expected its allies to toe the line, but Bahrain had other plans, increasing its diplomatic, military and trade relations with Russia in defiance of its Western ally. Bahrain also has not tolerated perceived US “interference” in its domestic affairs, expelling an assistant secretary of state from the country for meeting with members of the leading opposition party without the presence of a government representative and denying a US congressman’s request to travel to the country.

In response to these diplomatic affronts, Washington remained mostly silent. With the US concentrated on maintaining an international coalition in the fight against Islamic State (IS), Washington appears reluctant to make further demands upon Manama, especially in regards to releasing a mere human rights activist. Ironically, the very tweet for which Bahrain detained Rajab concerned IS, stating that: “Many #Bahrain men who joined #terrorism & #ISIS came from security institutions and those institutions were the first ideological incubator.”

The UK is under the most political pressure to remain silent on human rights issues in Bahrain. While certainly opposed to Russian influence in Bahrain, London is not really that concerned with the growing relationship. Instead it is the newly announced naval base that Britain finds most pressing. The naval base is important for UK military presence in the region, and represents a significant boost to its reputation: Britain hasn’t maintained a permanent military presence in the Gulf for over 40 years. Yet the advent of the naval base seems to have incurred a significant penalty for the UK’s freedom to criticise. As Britain pushes forward with its plans to build up a permanent military installation, it has scaled back its criticism of the Bahraini government, to the point where the UK government practically ignored Rajab’s imprisonment.

The British even seem willing to ignore their own national laws in the service of Bahrain. In October 2014, UK courts stripped the son of Bahrain’s King, Prince Nasser bin Hamad al-Khalifa, of his diplomatic immunity after a UK asylum seeker claimed to have been personally tortured by Nasser during the government’s crackdown on the pro-democracy uprising in 2011. Despite facing potential criminal prosecution on British soil, however, Nasser continues to visit the UK regularly, seemingly unperturbed by the threat of arrest. It would seem that the announcement of the base has led London to kowtow and remain silent on Bahraini human rights issues. As a result, Britain has implicitly claimed culpability in the decreased stability and respect for human rights in Bahrain.

This fearful stance maintained by the US and UK defies the logic of international realpolitik. While Bahrain plays at courting other powers and threatens behind closed doors to halt the construction of Britain’s naval base, the political reality is that Bahrain needs the West more than the West needs Bahrain.

Manama’s warming relations with Moscow are concerning, but only mildly threatening. Russia, in its current financial and political situation, can neither protect Bahrain from Iran nor provide the same military and strategic support as its rivals. Bahraini diplomatic insults towards the US would cease immediately if Washington demanded respect from its onetime ally. For the UK, the naval base provides a significant income boost for Bahrain at a time when the economic health of the government is suffering due to low oil prices. Further, the UK naval base represents the West’s commitment to a permanent alliance, a promise not discarded lightly in a region suffering from extremist political turmoil.

With the US and the UK firmly established in Bahrain, it would be child’s play for the West to impose its political agenda upon Manama. Moreover, it is in the West’s best interest to do so. With the imprisonment of Rajab and Shaikh Ali Salman, the leader of Bahrain’s largest opposition movement, the government risks tilting the country’s unrepresented population further towards extremism. So, what is the West afraid of?

- Husain Abdulla, originally from Bahrain, is the founder and executive director of Americans for Democracy and Human Rights in Bahrain. Husain also works closely with members of the Bahraini-American community to ensure that their voices are heard by US government officials and the broader American public.

Photo: Bahraini protesters hold banners during the protest against the arrest of Sheikh Ali Salman, head of the Shiite opposition movement al-Wefaq, in Manama, Bahrain, on January 16 (Anadolou / Ümmügülsüm Özmen) Diplomacy
Diplomatic spat over accusations of demographic engineering in Bahrain