The battle that never happened 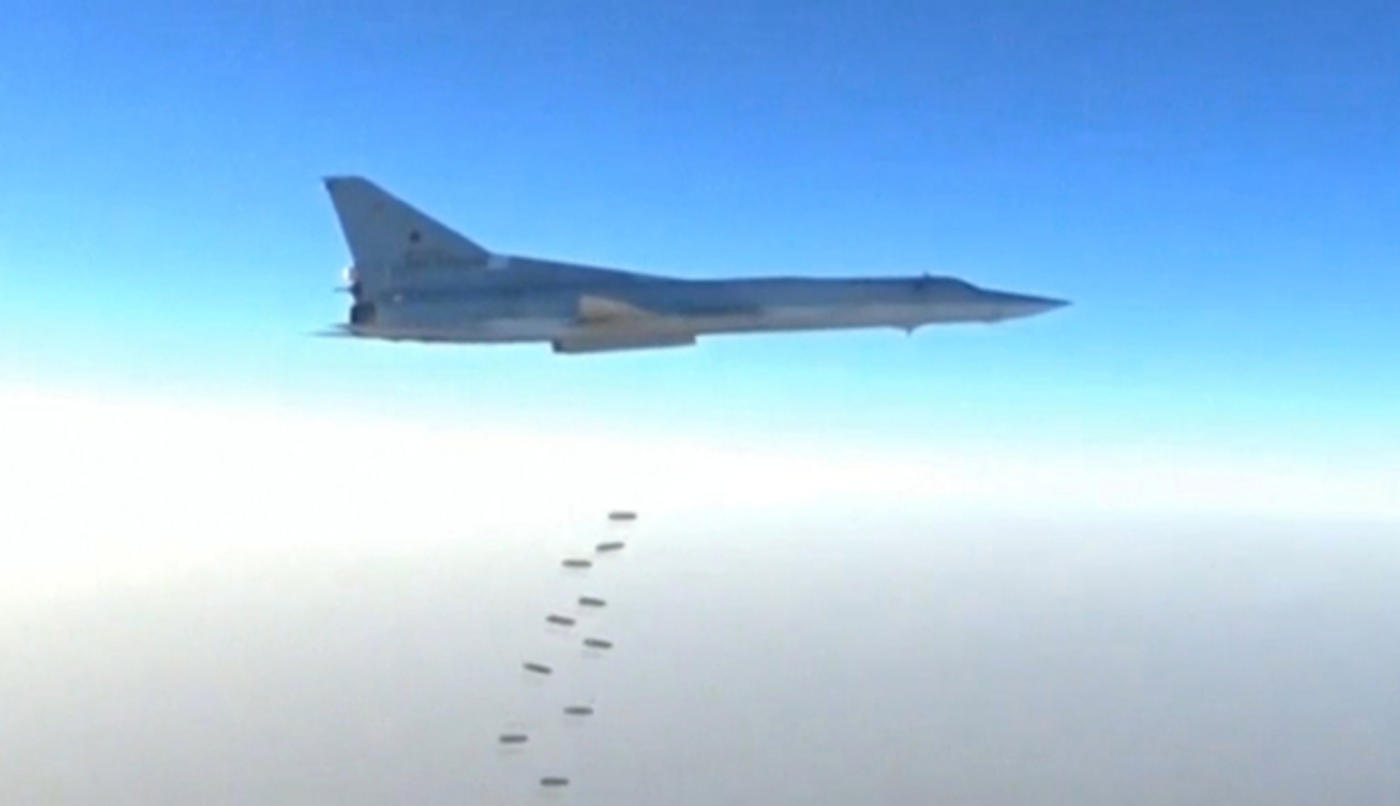 The Russian military has just suffered in Syria its biggest loss of life in a single action fought on foreign soil since the Soviet war in Afghanistan. Furthermore, the Russians were killed by US gunners and pilots.

Dozens, and potentially hundreds, of Russian soldiers died when US artillery, Apache helicopters and an AC 130 Spectre gunship decimated a Syrian armoured column heading towards a position controlled by the Kurdish-dominated Syrian Democratic Forces (SDF) near Al Tabiyeh in oil-rich Deir Ezzor.

An embarrassed silence descended on a scene of carnage. Neither the Kremlin nor the Pentagon dared to acknowledge the firefight that took place between their forces in eastern Syria on 7 and 8 February.

Dmitri Peskov, the Kremlin’s chief spokesman, denied any member of the Russian armed forces had been killed. “We don’t have data about other Russians who could be in Syria.” Russia’s Ministry of Defence said that “local militia” acted without the coordination of the Russian high command.

The Americans claimed they were in “regular communication” with the Russians, before, during and after the “unprovoked attack”. Colonel Ryan Dillon, a US military spokesman, said, “Russian officials assured coalition officials they would not engage coalition forces in the vicinity.”

This was not the only incident between US-backed, and Russian forces in Syria. Initially it was claimed that a Sukhoi 25 jet was shot down by Hayat Tahrir al-Sham (HTS), a former al-Qaida affiliate.

I can reveal that the Syrian group that shot down the Russian plane was in fact called the “Brigade of Saraqeb Revolutionaries Front”. This group has close US ties and gets military equipment from it.

Officially, the battle never happened. But something happened in Deir Ezzor.

The New York Times quoted a Russian security contractor working in Syria as saying his associates in several mercenary organisations had estimated heavy losses of possibly more than 200 killed.

Aleksandr Averin, a member of the Other Russia nationalist party, whose party member Kirill Ananiev was killed in the fighting, said he was aware of "substantial losses” suffered by “paramilitary structures with ties to Russia”.

So, who were these “other Russians” in the Syrian armoured convoy?

We know they were “contraktniki”, mercenaries employed by a paramilitary organisation called the Wagner Group, named for the nickname of its commanding officer.

They are known in the business as deniable assets but they were incontestably Russian ones. They use training facilities provided by the Russian Ministry of Defence and their leaders receive Kremlin awards. They have also appeared in other theatres of war like Ukraine and Crimea.

Unlike the Kremlin, Russian social media did not remain silent on the loss of these men.  A group of Russian opposition bloggers called Conflict Intelligence Team (CIT) named four of the dead: Alexei Ladigin, of Ryazan, Stanislav Matveev, Igor Kostorov and Vladimir Loginov, of Kaliningrad. Loginov also was claimed by a Russian Baltic Cossack organisation as one of its members.

"While the total number of 'Wagner' operatives killed in coalition air strikes is unlikely to ever be established, it is beyond a doubt that this incident indeed took place. It is notable that the posts about their deaths emerged rather quickly - relatives and colleagues often learn of Russian mercenaries' deaths weeks or even months after the fact," CIT said in a Facebook post.

Ironically, it is these very forces who were praised by the Kremlin for their patriotic work in Ukraine and the Crimea. Their existence is denied for the moment in Syria but they are owned by Russian nationalists all over the motherland.

Sergei Karaganov, a Kremlin-licensed academic of the Valdai Group, is not shy about linking Russian actions in Ukraine with those in Syria.

He told Rossiskaya Gazeta: “We and China are the main providers of security in the world today. We have warded off a war in Europe by upsetting plans on Ukraine. In Syria we have stopped, among other things, a series of colour revolutions that had destabilised huge regions. China is providing economic security; we are providing military-strategic security.”

Russia’s intervention in Syria was a war of choice. As veteran foreign policy analyst Dmitri Trenin has analysed in his book “What is Russia Up To In the Middle East?”, Putin sent several messages around the world when he dispatched a relatively small contingent of 32 combat planes to Syria.

Syria was a chance to lay to rest the “Afghan syndrome” -  prohibiting Russian intervention in a Muslim country; Syria was the first deployment of troops outside Russia’s backyard; Syria broke the US monopoly on the use of force; Syria allowed Russia to re-enter the world stage as an independent player.

Putin’s motivation had a strong domestic element. He associated the Arab Spring with a series of uprisings on Russia’s doorstep, the colour revolutions that shook Serbia, Georgia, and Ukraine.

Trenin wrote: "Western enthusiasm for promoting democracy in regions that had been regarded as strongholds of authoritarianism led to suspicions in and around the Kremlin that Western and Western-funded NGOs might try to bring about a Russian Spring. These suspicions appeared vindicated by the wave of mass protests that suddenly rose in Moscow in the winter of 2011-2012 and challenged Putin personally more than anything since his coming to power in 2000."

The Kiev Maidan of 2013-14 showed Russia what urban revolt would look like and strengthened Russian resolve to stop the same thing happening in Syria: “In the Russian analysis, Islamism was a far more likely beneficiary: ‘Islamist Winter' was the next station after the aborted democratic spring,” Trenin wrote.

Trenin rightly debunks the thesis that Putin's Russia is the Soviet Union reborn. Russia, he notes, is essentially an anti-revolutionary, conservative power, which is exactly why a bevvy of Gulf monarchs and military dictators agree with its actions.

That was then, this is now

Putin has claimed victory on at least three occasions since the intervention began. If George W Bush regretted the stunt he pulled when he landed on the USS Abraham Lincoln on 1 May, 2003 to a banner which proclaimed “mission accomplished” in Iraq, Putin has similarly found that his pronouncements of victory have proved somewhat premature.

Like Bush, Blair, Cameron and Sarkozy before him, Putin is learning that it is harder to end an intervention in an Arab country than it is to start one.

The Syrian opposition, or rather those militias that Russian bombers spared, did not play ball in Sochi. And nor can Bashar al-Assad be left on his own. He is no Hafez. Without the continuous support of Russian air power and Iranian-backed militias, the Syrian armed forces are a Potemkin village. They cannot be trusted to hold the territory they have reconquered on their own.

A year after the fall of East Aleppo, the blunt truth is that neither side has won. The US position in Syria is even worse than the Russian one. Having abandoned the Syrian opposition, the US is now paid by the Saudis to support the Kurdish-dominated Syrian Democratic Forces. The US refuses to leave Syria, using the excuse of a lingering Islamic State threat, but neither is it in any position to broker peace.

US actions and messages in the Middle East have long since degenerated into total incoherence. You have a president in Donald Trump that denies that Russians meddled in the 2016 election, and a security establishment that provides ample evidence of it; a president who declares he has “great confidence” in the Saudi Crown Prince Mohammed bin Salman and US officials who leak the fact that the prince was the buyer of a $450m Leonardo Da Vinci; a president who threatens Jordan for not playing ball with US recognition of Jerusalem, and a US Secretary of State who agrees five more years of US aid.

This leaves only two powers capable of bringing the Syrian conflict to an end: Turkey and Iran. I understand from sources in both capitals that the Iranians would be willing to give Turkey a more prominent role in Syria, including its reconstruction, if Turkey allows Assad to stay.

Turkey has not responded to this message, but it is being interpreted in Ankara as an admission by Tehran that it miscalculated by inviting the Russians to intervene.

Iran has now got two superpowers in Syria, neither of whom are going to leave soon. It recently had its own assets in the south of the country heavily attacked by Israeli jets. Sources in Turkey have confirmed Israel’s claims that its airforce struck a real blow to Iranian assets in the area in the exchange of strikes that included the downing of an Israeli jet.

The message is also testimony of Iranian scepticism of Putin’s motives. It called Russia in to help, not to replace Iranian assets and interests. Iran looks at Syria as the natural extension of a sphere of influence stretching to the Mediterranean. It did not invite Russia into Syria to be the arbiter of war and peace.

But Iran has no such qualms about inviting Turkey to play a greater role. For better or for worse, Turkey is now a country with substantial military forces in Syria. And this is not just in Afrin, where they are attempting to push back the Kurdish PYD and install the Syrian Arabs of the Syrian Free Army in Manbij.

Turkish forces are also embedded in Idlib province. Turkey is also home to 3.5 million refugees and the Syrian opposition. If any country holds the keys to unwinding this conflict in a way that guarantees the political and human rights of millions of Syrians it is Turkey.

Syria is a ruined country, so the power that funds its reconstruction is the country which guides its future. Russian strategists claim their only motive for intervening was to ensure that Syria would not turn into another Libya or Yemen. Privately they admit the future of Syria is beginning to look like Lebanon: a weak state, with powerful local and regional overlords.

The irony is that post-Soviet Russia and Arab nations had a great deal in common. They were both targets and victims of Western neo-conservative supremacy at the end of the Cold War. The tragedy is that Russia could only re-enter the world stage by launching its own military intervention, paid for by Syrian blood and now increasingly its own. In walking into Syria, Putin has faithfully walked the same path that the Americans, British and French have trodden before him. And he has found himself in a Syrian swamp, dependent on others to get him out. 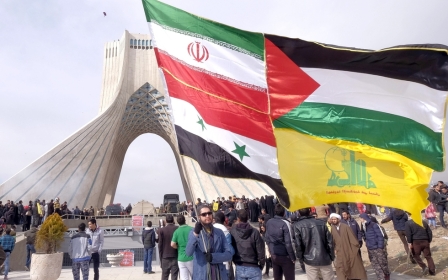 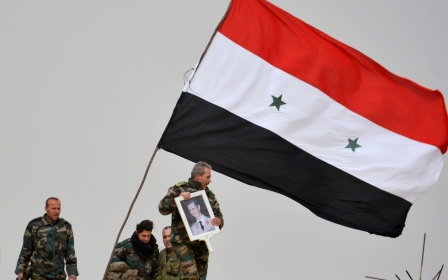