Ben White
While Netanyahu’s policies are widely seen as boosting the global boycott campaign, it is Israel’s so-called moderate opposition that shows why BDS is necessary 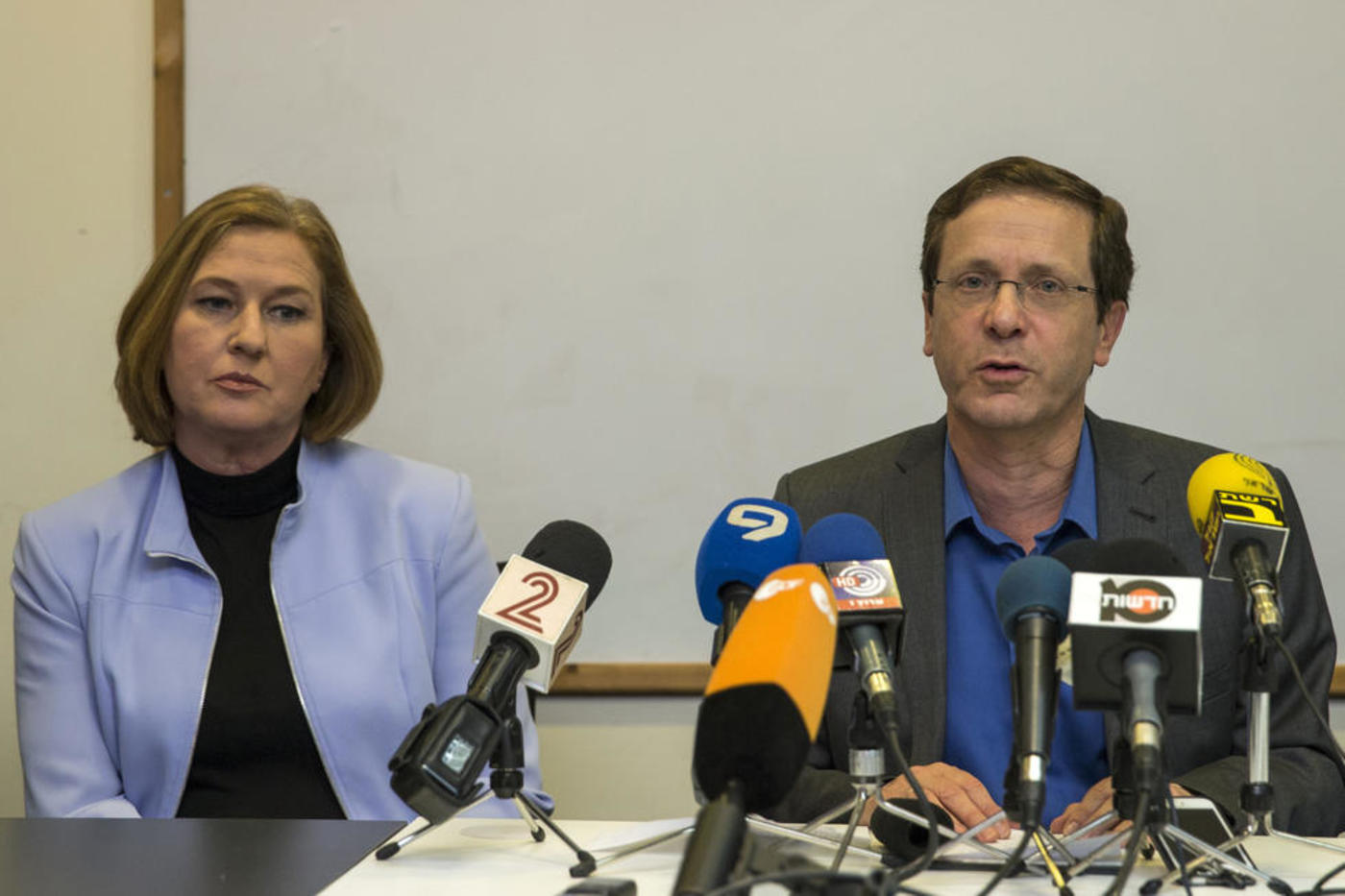 In his speech to AIPAC last year, Israeli PM Benjamin Netanyahu referred 18 times to the Boycott, Divestment and Sanctions (BDS) campaign. A year on, and it is clear that for Bibi, BDS is the new public enemy number one. Denounced as an antisemitic “strategic threat,” the Palestinian-led, global campaign to pressure Israel into ending systematic rights violations is now very much in Tel Aviv’s cross-hairs.

Ironically, it is during Netanyahu’s time in office that BDS has made considerable headway. His ambiguity over Palestinian statehood (in public, veering between rejection and unreliable endorsement) is exacerbated by the unambiguous views of his hard-right ministers and coalition partners. Then there was the unprecedented bombardment of Gaza, also under Bibi’s watch, and a slew of anti-democratic, hyper-nationalist legislative initiatives.

However, while Netanyahu may accelerate moves to boycott and impose sanctions, it is Israel’s so-called moderate opposition that most effectively makes the case for boycott. Step forward Isaac Herzog, leader of Israel’s Labor Party and head of the Zionist Union – the alliance with Tzipi Livni formed to defeat Netanyahu in the March elections.

Now leader of the opposition, Herzog addressed the annual Herzliya Conference on Sunday, and told attendees that “the biggest threat to the existence of the State of Israel” is a binational state. He warned that “in about a decade, the Arabs between the Jordan and the Mediterranean will be a majority and the Jews a minority. The Jewish national home will become the Palestinian national home. We will be again, for the first time since 1948, a Jewish minority in an Arab state.”

Compare these comments by the Labor leader with Netanyahu’s notorious election day warning of Palestinian citizens coming out to vote “in droves”. Or Bibi’s remarks as finance minister in 2003 – also at Herzliya, as it happens – about Palestinian citizens constituting the real “demographic problem”. As MK Ayman Odeh put it, “With a Left like this, who needs a Right?”

Meanwhile, former prime minister Ehud Barak also spoke at the Herzliya gathering, and he was keen to emphasise what he saw as a big difference between Netanyahu and Herzog. On Tuesday evening, Barak said: “Close your eyes and imagine a government headed by Herzog, Lapid and Kahlon. Or dream even bigger – a government headed by Yitzhak Rabin. Does anyone have a doubt that this present wave against Israel wouldn’t exist if this were the government today?”

To an extent, Barak has a point. Netanyahu’s re-election showed, in the words of B’Tselem, that “the voting public in Israel favours the ongoing occupation in its present form” – a message that even the country’s allies are finding hard to ignore. However, it is Israel’s opposition, not Bibi, who highlight the flaws in two arguments most commonly used against BDS.

Firstly, it is claimed that boycotts simply empower and energise the Right against the moderates who want to make a deal. But Herzog and Livni show where these ‘moderates’ are coming from, and what motivates their talk of Palestinian statehood.

Herzog’s speech at Herzliya demonstrated how the Zionist Left sees a peace agreement as a way of preserving a Jewish majority in most of historic Palestine. For them, Palestinian statehood in (some) of the territories occupied in 1967 is not about Palestinian self-determination but about racial segregation. To return to Barak, it is encapsulated by his campaign slogan in summer 1999: “Peace through separation: Us here, them over here.”

As Edo Konrad, an editor at +972 Magazine, put it this week, for “the great ‘liberals’ of Israeli society…peace and an end to the occupation aren’t an end in and of themselves, but a vehicle for maintaining and making permanent a demographic majority that will ensure Jewish rule over a country where 20 percent of the population is not Jewish.”

A majority, recall, that was only established through the ethnic cleansing of the indigenous Palestinian population; the refugees are still denied their right to return home to protect the "demographics" established by their expulsion.

“We must choose between two possible states”, Livni explained in 2013. “One state is Israel as a Jewish and democratic state, and the other is a state between the sea and the Jordan river which will ultimately be an Arab state, not a Jewish one.”

A second argument often heard against BDS is that it damages the "peace process". But even leaving aside the ways in which Netanyahu’s coalition has intentionally stymied progress in the official, US-led negotiations, taking a look at what Herzog has to offer in talks with the Palestinians offers a sobering reality check.

As I wrote before the election, the Zionist Union’s plan for a “final status agreement” makes for grim reading. Their manifesto promised to keep West Bank settlement blocs “under Israeli sovereignty” and Jerusalem as Israel’s “eternal capital,” with Israeli tourism and industry zones in the occupied Jordan Valley. The platform, along with Herzog’s campaign trail statements, leave no doubt that the Palestinian state envisaged by Israel’s "moderate" opposition is a blueprint for a bantustan.

Just as the practical impossibility of an independent Palestinian state, through Israel’s colonisation of East Jerusalem and the West Bank – the famous "facts on the ground" – is prompting a mainstream discussion about the fundamental merits and desirability of the "two-state solution" itself, so a peace process dead on its feet can, and should, prompt a rethink about the nature of the process itself.

The official peace process is designed to thwart, and act as a substitute for, international law and the Palestinian people’s rights; BDS is based on them. The politics of Herzog and Israel’s centrists, the (il)liberal Zionists, is focused on preserving the settler colonial status quo; BDS seeks its transformation. Thus while Bibi and Bennett hasten Israel’s pariah status, it is the politics of the opposition, the ideology of Rabin, Barak, and Herzog, that best illustrate the impossibility of change from within – without the pressure and accountability that comes with BDS.

Photo: Israeli co-leaders of the Zionist Union party, Labour Party's leader Isaac Herzog (R) and MP and HaTnuah party's leader Tzipi Livni give a joint press conference at the party headquarters in the Israeli coastal city of Tel Aviv on March 18, 2015 a day after the country's general election. (AFP)