Adam Walker
How does the prohibition of burqa dress fit in with pluralism, and does it stem from an undercurrent of prejudice? 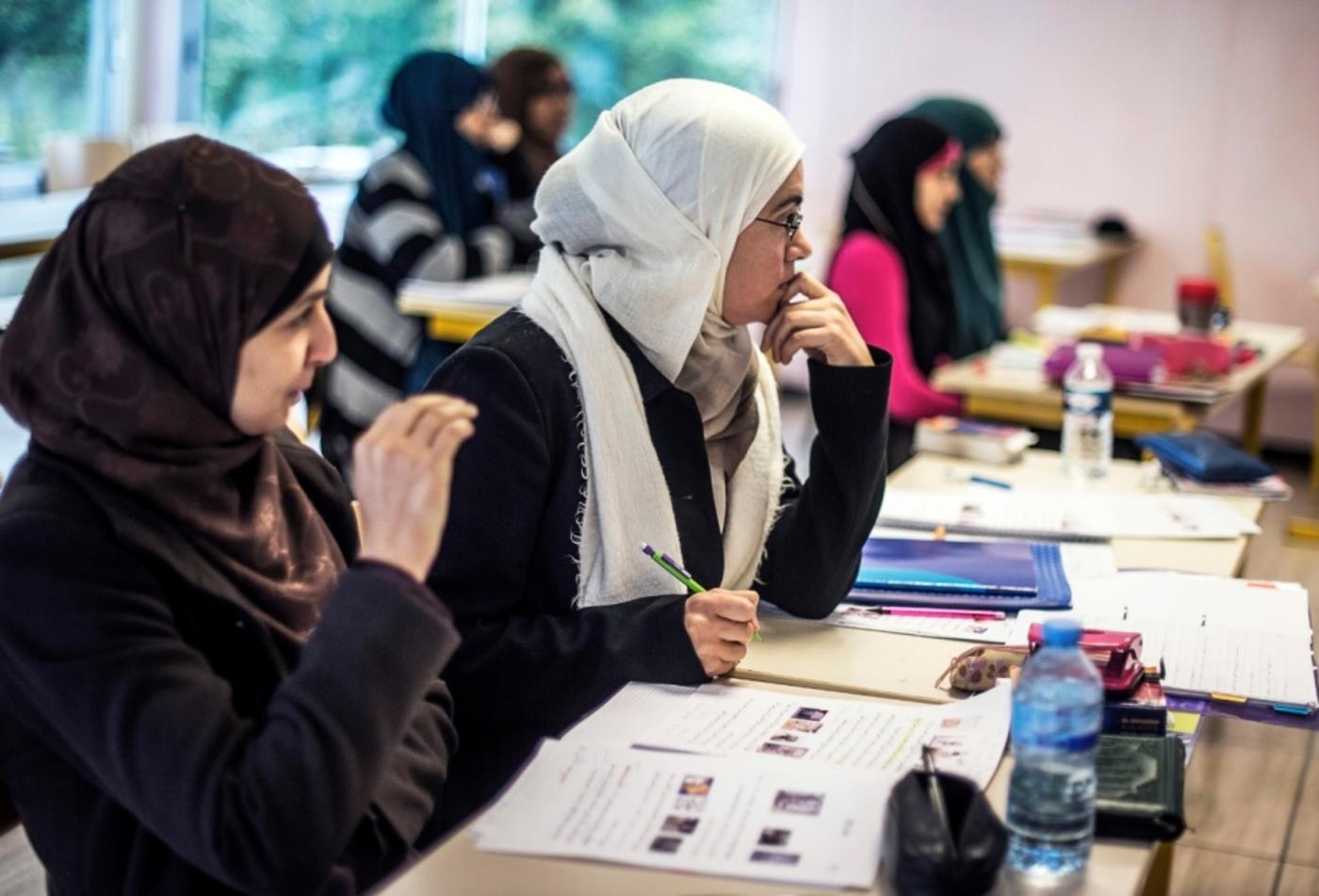 Earlier this month, the European court of human rights (ECHR) issued a judgment in which it rejected a challenge to the controversial 2011 French law banning the wearing of face veils in public. The ruling has since sparked national debates across a number of western countries as to whether or not they should follow suit.

Even prior to this ruling, there has been a growing move to ban women from wearing the face veil and headscarf in various countries.

In 2011, both France and Belgium moved to ban the wearing of the face veil in public, with the Netherlands quickly following suit a year later. Denmark, Norway, Switzerland, Spain and Australia also have partial or proposed laws seeking to either ban or place restrictions on the face veil and the headscarf. In Germany several states have imposed a ban on all religious symbols in schools, including the headscarf. The suggestion that these restrictions are secular is rubbished by the fact that Christian symbols of dress are exempted, including the nun’s habit – a head covering very similar to the Muslim headscarf.

In certain Muslim countries there are bans on both the face veil and headscarf. For example, in Kosovo, the headscarf is banned in schools and a similar draft law was tabled in Albania. Since the era of Turkey’s Kemal Ataturk, religious symbols such as the fez and the headscarf were viewed as an attack on secularism and a symbol of political Islam. However, unlike Iran’s Reza Shah Pahlavi, who had his security apparatus forcefully remove the hijab (headscarf, veil, full-length garment) from Muslim women in the street, Ataturk focused his attention on male symbols of Islamic dress. It was not until 1984 that the Turkish headscarf ban came into place. Women were both legally and socially prohibited from wearing the headscarf in educational, governmental and political institutions. While recent constitutional court decisions have moved to reverse the ban on the headscarf, the damage to generations of women forced to choose religious conviction over education is irreversible.

A case of the 'Marco Polo syndrome'?

Despite the modern controversy surrounding the veil and headscarf, records of women wearing both items of clothing can be traced back to the noble and elite classes of women who lived in Assyrian and ancient Greek societies. They are also rooted in the Hindu, Judaic and Christian traditions.

In fact, the Muslim-worn face veil and outer garment is nothing new to the western imagination. The 16th-century painting St. Mark Preaching in Alexandria, by the Italian artist Gentile Bellini, depicts a group of Ottoman women, dressed in the full Islamic garb, sitting in a courtyard listening to St. Mark preaching. Descriptions of Muslim women’s dress also reached the west through medieval Byzantine works, the travel logs of famous explorers such as Marco Polo, and the many artistic depictions of Arabic and Persian literature such as the Arabian Nights.

Gerardo Mosquera, the renowned curator, coined the term “Marco Polo syndrome” in the early 90s. The term describes what some view as a modern phenomenon of western and Eurocentric insistence on depicting the “other”, whoever that other might be, through the eyes of western hegemony - reaffirming stereotypical depictions over reality. Mosquera explains: “What is monstrous about this syndrome is that it perceives whatever is different as the carrier of life-threatening viruses rather than nutritional elements.”

In further constructing what Mosquera was alluding to, Professor Rachel Bailey Jones writes: “Within the confines of this syndrome, art created by those outside of the west (sometimes referred to as the rest) is either disregarded as derivative of greater western products, or is valued as exotic, “authentic”, creations of the Other. If the artist does not appropriately reference “traditional” visual codes and represent his/her culture the way that it is imagined in the west, then the artwork is deemed inauthentic and not valued in the establishment.'

Though Mosquera coined this term with art in mind, it might be fair to suggest that the Muslim women’s dress invokes within the western mind a type of Marco Polo syndrome. A contention supported by the ever-present fact that many in the western world consider both the veil and headscarf as oppressive symbols of the non-western Muslim “other”, a representation as it were of the inequalities of the East.

Ironically, the man who “liberated” veiled women in France was the now infamous former French president, Nicolas Sarkozy. Describing why he felt the veil should be banned, he told his ministers, “We are an old country anchored in a certain idea of how to live together. A full veil which completely hides the face is an attack on those values, which for us are so fundamental.”

Since 2011, in Canada a prospective citizen cannot become a fully fledged Canadian unless she removes her veil during the citizenship ceremony when an oath of allegiance is sworn. In the UK, the former cabinet minister and stalwart of British politics, Ken Clarke, described the niqab - a type of veil - as a “kind of bag”. Incidentally, a recent report published about rising figures of Islamophobia in the UK found that at the head of the list of those subject to verbal and physical attacks were women – particularly those wearing the veil. And in Germany, it is telling that the headscarf is in some states acceptable if worn as a Christian symbol in schools, but unacceptable when placed on a Muslim woman’s head.

Therefore, far from being a theory, the Marco Polo syndrome is embodied in laws and opinions across the western world and its social elite.

Writing in the Telegraph, the author and columnist Allison Pearson wrote: “How does banishing her (ie, the veiled woman) from public engagement promote liberal attitudes? Well, you are not banning her from public places, are you? That is her choice. You are saying that, if she wishes to be part of western society, then she must adopt a style of dress outside the home that shows she is willing to be part of the community. An unveiled face is a bare minimum in this regard. The burka and niqab are hostile and scary to our eyes ... many of us are offended and perturbed by the sight of a woman wandering around in a binbag, condemned to be cut off from normal human interaction in a modern democracy.”

This is a growing attitude in the media that could quite easily be perceived as a projection of western ideals on the “other'” - in this case the Muslim - rather than as a result of the desire to protect the great pluralistic values that are central to western democracy. And it is here that we find the recent ECHR ruling on the French ban rather disturbing.

Matthew Flinn insightfully points out that serious concerns arise from the recent decision because it was arrived at on the basis of a right that simply does not exist in the European convention of human rights - that is, the right “to live in a space of socialisation which makes living together easier.”

Flinn poses the question: “… the idea that such a right may be protected where someone’s behaviour is at odds with those values which form part of an ‘established consensus’. What does this mean in terms of the protection of minorities, whose values and attitudes may be different in any number of ways, and at times may upset or irk the majority? Can my rights to express myself in a peaceful way be curtailed because I make you uncomfortable or cause tension? Read in that light, it is not unimaginable that this judgment could be relied upon by governments in the future as justifying legislation which is downright discriminatory.”

The Arab uprisings, supported almost unanimously by the west, have seen much of the Arab world spill its blood and wealth to oppose the very form of autocracy that the veil and headscarf bans seek to impose.

And so a nation enters upon a slippery slope when the legislature begins to dictate what forms of dress should be deemed “intimidating”. If it is the face veil or headscarf today, then tomorrow it could well be people’s piercings, hair colour, tattoos, facial hair, turbans, crosses, or skull caps – all being things which some people find unsettling.

It seems fair to say that any move to legislate what is intimidating, or the correct doctrinal approach, should not arise in a secular and pluralistic society. Meaningful questions should surround whether or not various modes of dress amount to illegality within the secular legal framework. In answering this question, it would certainly be legitimate to argue that it is both in the public interest and safety for women to remove their face veils on the basis of security (ie, at airports, on entering restricted buildings, or on arrest, etc.). It is also a must that the law punishes anyone who forces a woman to veil her face.

But of what benefit would it be to the rule of law for women to be denied self-determination by preventing them from choosing the type of dress they want to wear under ordinary circumstances? Such a move could be interpreted as an assertion of western hegemony.

The legislature exists to maintain a fair and just balance of rights. It is not in place to remove the rights of minorities – in this case a tiny minority of women who wear veils - purely for the comfort of the majority. This would amount to an intolerance beyond the dignity of democracy and, as Ghandi famously stated: “Intolerance is itself a form of violence and an obstacle to the growth of a true democratic spirit.”

Progress, tolerance and mutual respect cannot flourish unless the prevalent Marco Polo syndrome is relegated to a thing of the past.

- Adam Walker has published works on various issues related to the history, law and social affairs of the MENA region. He is also co-editor of the first western encyclopaedia on the Prophet Muhammad.

Photo credit: Pupils attend an Arabic course, on October 16, 2012, in a classroom at the European Institute of Social Sciences in France (AFP) 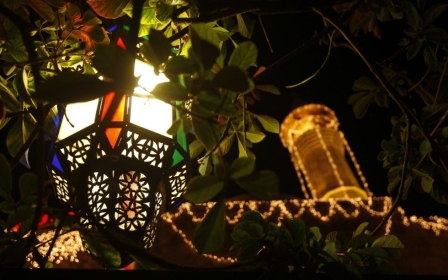 Ramadan
Ramadan: A month of many names and virtues
Daud Abdullah 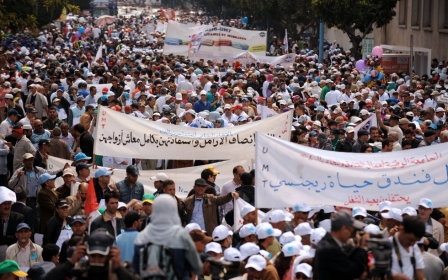