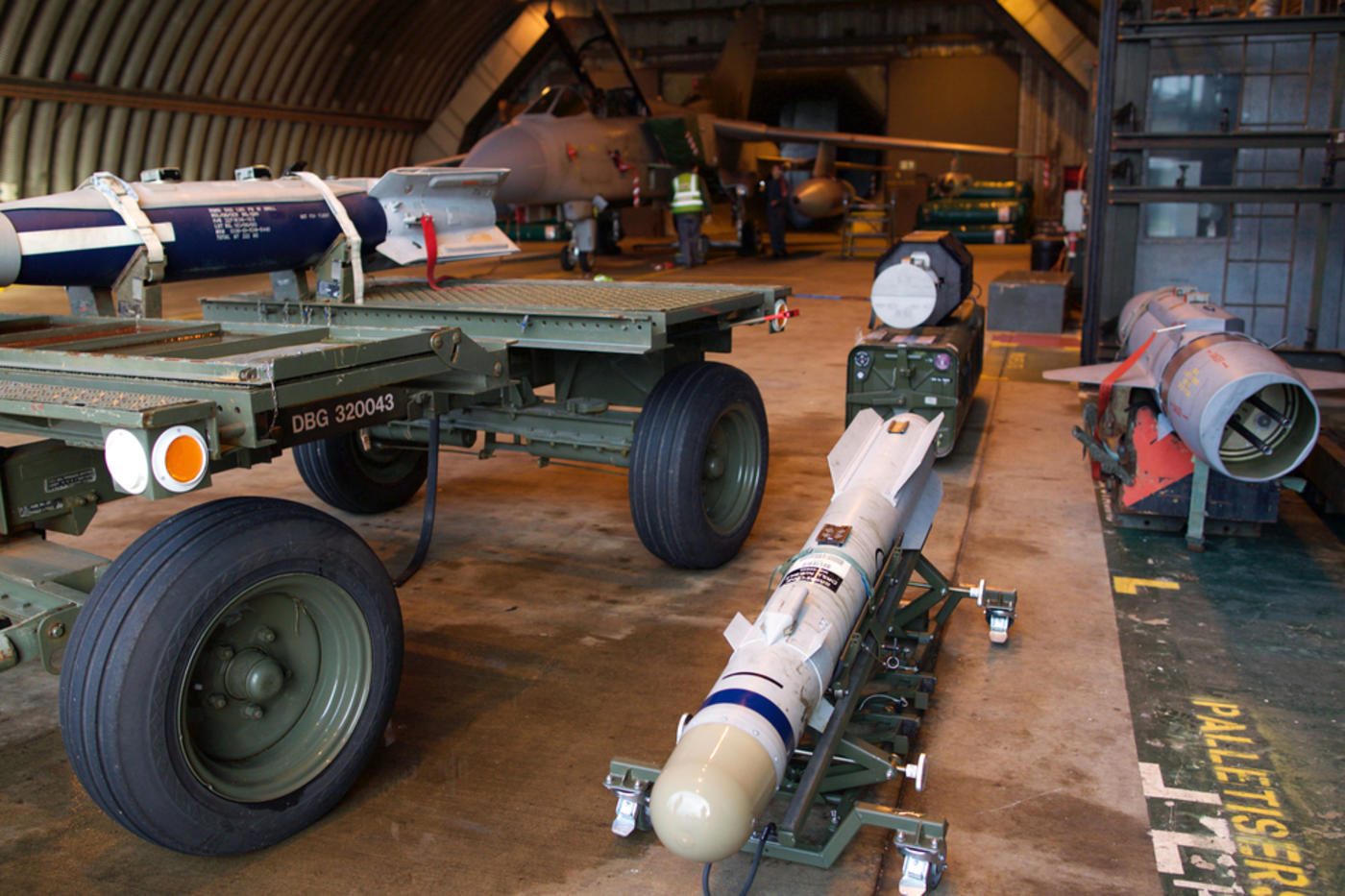 The Ministry of Defence (MoD) press office must have been popping the corks in celebration of the prominent role the Brimstone missile played in the debate about whether the UK should start bombing ISIS in Syria.

Opening the parliamentary session before the vote to go to war, the prime minister explained that "Britain conducting strikes in Syria will really make a difference" because "our Brimstone missiles" provide a "high-precision strike capability". Defence Secretary Michael Fallon went one further, stating the Brimstone missiles "eliminates… civilian casualties because it is so precise".

Proving George Orwell’s dictum that "Circus dogs jump when the trainer cracks the whip, but the really well-trained dog is the one that turns somersaults when there is no whip," significant sections of our free press and many so-called independent experts faithfully echoed the government’s official line.

"The missile uses a low-powered but highly focused explosive warhead to reduce shrapnel hitting civilians," noted the Telegraph. "The Brimstone is capable of hitting moving targets travelling at speeds of up to 70mph" and "can be launched from an aircraft up to seven miles away from as high as 20,000 feet." The Daily Mail transformed from a newspaper into a sales brochure: "The missile that never misses: watch the incredible moment a drone launched Brimstone hits a car moving at 70mph from seven MILES away’. The Sun was equally enthusiastic just a week before the parliamentary vote: "Raining hell on IS: RAF missile will pinpoint jihadists SEVEN miles away." The online media watchdog Media Lens accurately dubs this kind of overexcited narrow focus on the technical aspects of weaponry as "war porn", with the BBC a big culprit.

Though their identity is based on notions of objectivity and critical thinking, academics can be just as susceptible to repeating government propaganda narrative as anyone else. For example, Dr James Strong, a Fellow in foreign policy analysis and international relations at the London School of Economics, was happy to sing Brimstone’s praises on both CNBC and Al Jazeera.

Those of independent mind with a basic knowledge of recent history will be far more sceptical of the claims made about, and the emphasis being put on, the Brimstone missile.

In the lead up to the 1991 Gulf War, the general public was repeatedly told about the precision weapons that would be targeting Iraqi forces. In reality 70 percent of all US bombs missed their targets, with precision-guided bombs making up just 7 percent of the US tonnage dropped on Iraqi targets. In his 2011 book The Death of Others: The Fate of Civilians in America’s Wars, John Tirman explained that US bombing is estimated to have killed 20,000–30,000 Iraqi civilians.

On the day after the start of the illegal, unprovoked and deeply unpopular US-UK invasion of Iraq in 2003, the Sun published a double page proclaiming ‘THE FIRST "CLEAN" WAR’, with the sub-headline "Civilian deaths could be zero, MoD claims". In actual fact "thousands of Iraqi civilians were killed or injured during the three weeks of fighting", according to a December 2003 report from Human Rights Watch. Ten years later a peer-reviewed study published in the PLOS Medicine journal estimated the war and occupation directly and indirectly claimed the lives of approximately half a million Iraqis from 2003 to 2011.

Just as the government emphasised precision bombing in 1991 and 2003, in making the case for war in December 2015 the Prime Minister claimed there "had been no reports of civilian casualties" in the over 300 UK airstrikes in Iraq since September 2014. And, just like 1991 and 2003, independent analysis suggests a very different reality.

Air Wars, a not-for-profit transparency project staffed by journalists, estimates that between 72 and 81 civilian deaths in Iraq could be linked to British air strikes. Unfortunately, confirmation will be all but impossible because the MoD apparently only investigates reports of civilian deaths that come from UK military personnel and "local forces" deemed friendly.

Air Wars’s findings raises awkward questions for the Brimstone believers: either Brimstone missiles were used during these strikes that likely caused civilian deaths or they were not used, which suggests the extreme focus on the Brimstone missile by the government, military and media is unwarranted. Indeed, Paul Rogers, Professor of Peace Studies at Bradford University, argues the Brimstone’s role is "far more important symbolically" than militarily because it will account for a "tiny proportion" of the total air strikes carried out on ISIS.

More broadly, the skilful public relations campaign pushing Brimstone probably has larger objectives other than simply defeating ISIS. First, as always, we need to follow the money. "MBDA, the manufacturer of the British Brimstone missile, is set to be the main economic beneficiary of" the decision to launch air strikes in Syria, notes the Sunday Herald. MBDA’s current order book of £7.8bn "is now set to increase significantly as missiles used in Syria and Iraq are eventually replaced." With Brimstone missiles also used by the Saudi Arabian Air Force (which we don’t like to talk about because Saudi Arabia has probably used them in its UK-backed slaughter in Yemen), the Guardian recently reported the British Ambassador in Washington has been trying to get the US armed forces to adopt the missile.

Second, it is important to remember there was and continues to be considerable resistance to the British bombing in Syria, with a majority of Labour MPs and the Labour shadow cabinet opposed, along with the SNP, Plaid Cmyru, the Green Party, and a number of national newspapers.

The celebration of Brimstone, along with repeated references to "precision bombing", was very obviously an attempt to gain public support for the military attack by neutering people’s concern about civilian casualties. Indeed, this propaganda play has likely had an additional worrying influence. "Politicians and public opinion in the West seem to be convinced that air power is less ‘messy’ than the use of ground forces," according to Captain Steinar Sanderød of the Norwegian Air Force. "Such a perception of air power has greatly contributed to lowering the threshold for using force among Western politicians."

All of which leads to a worrying realisation: the primary target of Britain’s Brimstone missiles so far has not been ISIS, but the British public.

-Ian Sinclair is a freelance writer based in London and the author of The March that Shook Blair: An Oral History of 15 February 2003. He tweets @IanJSinclair

Photo: A Brimstone missile, a rocket-propelled, radar-guided air-launched ground attack weapon designed to be carried by the Tornado GR4 and Typhoon F2, as preparations are made at the British Royal Air Force airbase RAF Marham in Norfolk in east England on 2 December, 2015 to launch Tornado GR4 aircraft to operate on missions from RAF Akrotiri in Cyprus, as part of the US-led bombing campaign against Islamic State militants in Syria (AFP). 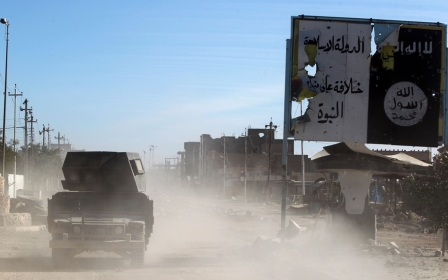 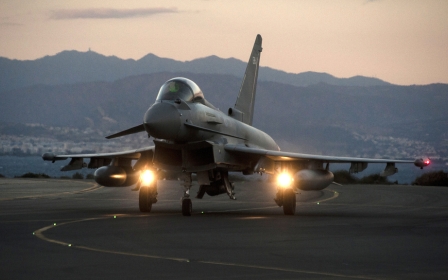 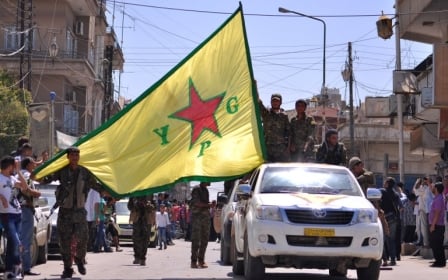