Cameron’s McCarthyite smear will not silence opponents of Syria bombing 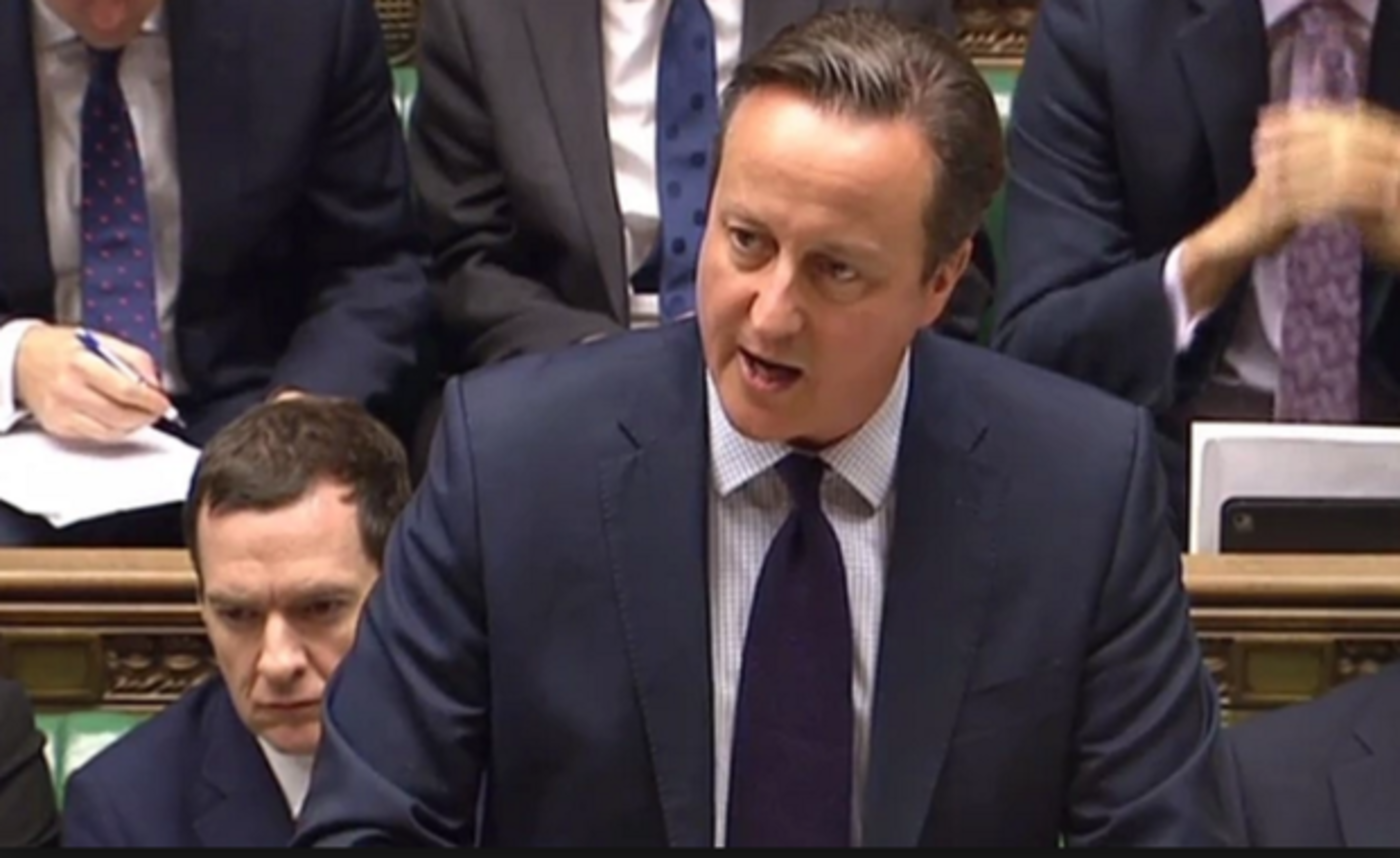 Dr Julian Lewis, chair of the House of Commons Defence Select Committee, is an opponent of air strikes, and must therefore one of the Prime Minister's terrorist sympathisers.

The Daily Mail does not believe that the Prime Minister has made the case for bombing Syria, so this Conservative-supporting newspaper would be another supporter of terrorism.

John Baron, the former army officer who now serves on the Foreign Affairs Committee, which opposes the escalation of bombing raids into Syria, is yet another.

According to the Prime Minister's twisted logic, anybody who does not support bombing Syria can be accused of sympathising with ISIS.

This is a disastrous argument. It makes informed and sensible discussion impossible. It is a totalitarian argument which silences anyone who disagrees with the Leader, because terrorist sympathisers by definition can have no role in civilised debate.

And this leads to all kinds of contortions. Let’s take as an example Mr Cameron’s claim that there are 70,000 “moderate” fighters in Syria ready to take up arms alongside Britain and our allies against ISIS.

Mr Cameron can only make this 70,000 figure work if he includes jihadist groups. The prime minister is himself only a cigarette paper from including among our allies Jabat al-Nusra, the Al-Qaeda affiliate whose supporters praised the Paris bombings.

I voted for David Cameron as British Prime Minister in part because I thought he was a sensible, well-rounded human being. These latest remarks suggest either that I made a misjudgment, or that Mr Cameron has changed since becoming prime minister.

Whether the strain of office is getting to him, or for some other reason, he has come to share the disastrous analysis of G W Bush after 9/11. The United States president’s notorious statement that “You are either with us or against us” left no room for argument or discussion.

Intelligent critics in the United States were cast into the political darkness. With a very few honourable exceptions, the opposition Democratic party rallied behind Bush as the commander-in-chief, gave him sweeping new powers and saluted smartly as he led the United States into his disastrous war in Iraq. US allies had the choice of joining in the US “war on terror” or themselves coming under suspicion or attack.

The events of the last 14 years have exposed this way of looking at the world as simple-minded and calamitous. If we have learnt anything from the Iraq War, it is that actions, however well intended, can have unintended consequences.

Mr Cameron's accusation amounts to a form of McCarthyism. Named after the drunken but astute Senator Joe McCarthy, it became part of the mindset of American post-war politics. It ensured that any opponent, or even any critic, of US policy could be denounced automatically as a communist agent or sympathiser.

As a result thousands of intelligent and talented people were bullied, put on secret blacklists, hounded from their jobs, and in some cases forced into exile.

Mr Cameron's claim that those who oppose his plan to bomb ISIS are supporters of terrorism suggests that Britain might soon embark on the same horrifying path.

It is important to note here that this has already happened for one British minority. British Muslims who have challenged our foreign policy over the last 14 years have been barred from public platforms, denied access to government jobs, smeared in the press and placed on secret blacklists.

This government’s counter-extremism policy defines those who refuse to comply with official thinking as potential terrorists and therefore beyond the pale. For example, ministers have had no dealings with the Muslim Council of Britain since 2006. The MCB claims to be a bulwark against domestic terrorism, but Labour, coalition and now Conservative government will not talk to it.

Back in the 1950s McCarthyism was exploited in the United States for crude political gain. Joe McCarthy himself used it to get re-elected to the Senate and transform himself from a fading nonentity to a figure of power. A much more serious politician, Richard Nixon, used it to build up a challenge for the presidency.

So it is in Britain today. I am sure that Mr Cameron genuinely believes that Britain should go to war in Syria. Nevertheless, he is milking every last political advantage from the situation.

One example concerns the article the Prime Minister wrote last week in the Daily Telegraph setting in motion the move towards bombing  The first part of the article had nothing to do with the national interest. David Cameron used it instead to make a series of nakedly political points at the expense of his Labour Party opponents.

War is specially serious, as it always involves loss of life and causes such suffering. This does not mean that we should never fight a war, but it makes it outrageous when war is used for partisan political advantage.

David Cameron and his fellow Tory strategists have been doing exactly that for more than a week. He has been using the argument on Syria to cause chaos in the Labour Party.

Mr Corbyn and his shadow cabinet have fallen into this trap. The bulk of the parliamentary Labour Party is now openly pro-war, while a small coterie around the leadership is against. David Cameron has succeeded in his plan, but in the process, he has done grave damage to British public life.

Some of Jeremy Corbyn's political tactics have been inept, but his cause has been honourable. Last week in the House of Commons he asked a series of sensible and pertinent questions in an unhysterical way.

He performed the classic role of a British opposition leader. To charge him and others with being terrorist sympathisers is low politics. If Cameron succeeds in his methods British government will take a sharp turn to the worse.

Photo credit: David Cameron giving his speech to the House of Commons (AFP)