The Chapel Hill murders: The beast of New Atheism?

CJ Werleman
If it turns out, as it appears to indicate, that Hicks was inspired to kill by his anti-religious animus, then it’s time for atheists to denounce the extremists in their ranks 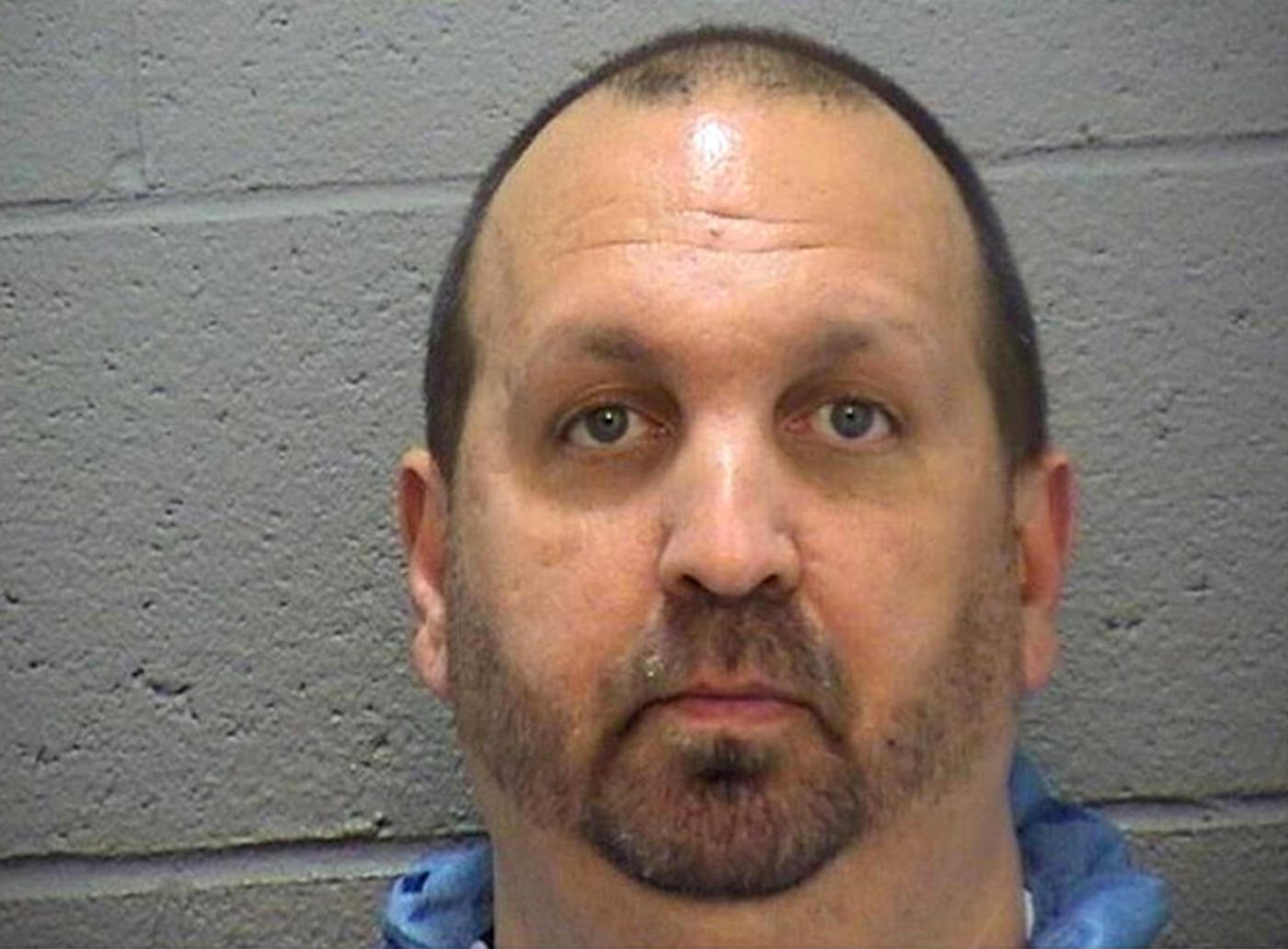 Three Muslim Americans lay dead in an apartment near the Chapel Hill campus at the University of North Carolina on Tuesday night. All with a single bullet wound to the head - killed “execution style”.

When I first heard news of the attack on Wednesday morning, I immediately presumed the shooter, Craig Stephen Hicks, to be a right-wing extremist; someone of the Anders Breivik ilk but with probable Ku Klux Klan (KKK) leanings. I was shocked when CNN identified the killer to be “an atheist”.

An atheist? I’m an atheist. The mere idea of an atheist motivated hate crime is nonsensical to me. Atheism is a non-positive assertion. Wholly and solely atheism means non-belief. It’s not anti-anything or anyone. So I knew there had to be more to the killer’s motives than atheism or a “parking dispute”.

A visit to Hicks’ Facebook page hints at something a little more sinister. Hicks is an anti-theist (New Atheist), and it’s important to make its distinction from atheism, because anti-theism is to atheism what ISIS is to Islam. If that analogy sounds far-fetched, then you really need to read more about the anti-religious genocides of the 20th century.

Anti-Theism: Of course I want religion to go away. I don’t deny your right to believe whatever you’d like; but I have the right to point out its ignorant and dangerous for as long as your baseless superstitions keep killing people.

In a recent post, Hicks writes chillingly: “When it comes to insults, your religion started this, not me. If your religion kept its big mouth shut, so would I.”

Hicks’ entire page is a shrine to New Atheism (anti-theism). He lists Richard Dawkins’ God Delusion as one of his favourite books, and has littered his timeline with dozens of antagonistic anti-religious meme infopics. On 20 January, 2015, Hicks posted a photo of a gun: “Yes, that is 1 pound 5.1 ounces for my loaded 38 revolver, its holster, and five extra rounds in a speedloader,” he writes.

Hicks is a white American, so it’s predictable the media hasn’t rushed to label his heinous act as a hate crime or a terrorist attack. In America, the word terror is reserved exclusively for acts of political violence carried out by Muslims. Initially, the media reported the attack has a “parking dispute”. This is standard US media trope to lessen the white man’s crime and blame the Muslim victim. Put another way, if a Muslim had killed three white people, “execution style,” inside their apartment, the media wouldn’t be talking about a “parking dispute”.

“When the alleged perpetrator of a crime is identified as Muslim, far less than this is necessary for media to begin speculating about “terrorist” motives,” writes Ali Abunimah, co-founder of the blog Electronic Intifada.

The father of one of the victims, Mohammad Abu Salha, strongly refuted the media’s “parking dispute” narrative. He knew the killer and he contends the killer knew his Muslim victims. “It was execution style, a bullet in every head. This was not a dispute over a parking space; this was a hate crime. The man had picked on my daughter and her husband a couple of times before, and he talked to them with his gun in his belt. And they were uncomfortable with him but they did not know he would go this far.” Abu Salha told reporters.

Abu Salha said his daughter wore a “head scarf” and she had warned she had a “hateful neighbour”. His daughter told him: “Honest to God, he hates us for what we are and how we look.”

If it turns out, as it appears to indicate, that Hicks was inspired to kill by his anti-religious animus, then it’s time for atheists to denounce the extremists in their ranks. The extremists are the anti-theists (New Atheists) masquerading as atheists. I can say this boldly because I was a New Atheist. Witnessing an al-Qaeda suicide attack in 2005 was my come-to-anti-Muhammad moment. I blamed religion, and particularly Islam, for that attack as stridently as any of today’s crop of New Atheist writers. I now hate that old me, and I’ve written extensively about my deconversion from New Atheism to old fashioned, vanilla atheism.

I’ve seen the anti-Muslim animus beast of New Atheism up close and personal. I’ve spoken at the conferences; I’ve appeared and listened to the podcasts - and I can assure you the New Atheists, venomous and virulent, speak in the same hostile language as the religious fundamentalists and bigots they attack.

These New Atheists speak in slogans and clichés. They reduce all 1.6 billion Muslims to the brutality of ISIS. “Islam is ISIS,” tweets New Atheist author Michael Sherlock on a regular basis. This is the muttering of a geo-political and cultural illiterate. “The only future devout Muslims can envisage - as Muslims - is one in which all infidels have been converted to Islam, politically subjugated, or killed,” writes Sam Harris in Letters to a Christian Nation. “Many Muslims are utterly deranged by their faith,” Harris has asserted more than once. This is the muttering of a lunatic. Author and journalist Glenn Greenwald called Harris’ assertion “utter garbage: and dangerous garbage at that”.

It does not seem to matter, either, to New Atheist devotees that Harris once asserted the war in the former Yugoslavia to have been caused by religion. It wasn’t! But like all fundamentalists, facts are second to the narrative. Their narrative being “religion (particularly Islam) poisons everything.”

The war on terror, and the emergence of Christopher Hitchens, Richard Dawkins, and Harris as household names, has allowed atheism to be entirely hijacked by anti-theists who all too often espouse anti-Muslim bigotry. The media refers to the aforementioned as both atheists and voices of liberal reason. They are neither.

“Until 9/11, Islam didn’t figure in the New Atheists’ attacks in a prominent way…The New Atheists became the new Islamophobes, their invectives against Muslims resembling the rowdy, uneducated ramblings of backwoods racists rather than appraisals based on intellect, rationality and reason,” writes Nathan Lean, author of The Islamophobia Industry: How the Right Manufactures Fear of Muslims.

Noam Chomsky, an atheist, has called New Atheists “religious fanatics”. Journalist Chris Hedges says they’re the secular version of the religious right. “They misuse the teachings of Charles Darwin and evolutionary biology just as the Christian fundamentalist misuse the Bible. They are anti-intellectual. They see only one truth: their truth.”

Like all fundamentalists, New Atheists have divided the world into two: good and evil. Those who champion science and decry religion are the righteous. Those who do not are to be ignored, and dismissed as probably evil. They share the same binary worldview of ISIS, and that’s what makes them dangerous.

If the anti-theistic genocides of the 20th century taught us anything, it’s that it’s a short leap from wanting to eradicate a belief to eradicating the person who holds that belief. The Soviets called religion a “virus”. When their anti-religious propaganda failed to sway a majority, the Soviets used violence. Dawkins has called religion a virus, the equivalent of smallpox, that needs to be eradicated, and Islam “one of the great evils of the world”. While Harris contends, “Islam, more than any other religion human beings have devised, has all the makings of a thoroughgoing cult of death.”

These are not only dangerous and unsubstantiated generalisations, they’re but a mere sample of the New Atheist echo chamber’s white noise. Harris, without substantive facts or statistics to support his assertion, forewarned of European “Muslim tide”. In 2005, he forecasted more than 25 percent of the French population would be Muslim by 2025. Pew forecasts it will be 10 percent by 2030. It was this vision of a “Eurabian nightmare” that propelled Breivik to slaughter 77 students in Norway.

These are the shrill cries of those who peddle fear of the Other. They’re the echoes of those who actually wish for conflict. “I think the enemies of civilisation should be beaten and killed and defeated, and I don’t make any apology for it,” thundered Hitchens during a televised debate. Little wonder Hitchens championed the immoral and illegal invasion of Iraq as enthusiastically as he did.

New Atheists love to assert beliefs lead to actions. Well, the shoe is on the other foot now that it appears Hicks has murdered in the name of his anti-theistic beliefs. Hate speech leads to dangerous beliefs, which ultimately lead to violent actions.

“Some propositions are so dangerous that it may even be ethical to kill people for believing them,” writes Harris. While Harris specifically refers to beliefs such as martyrdom and jihad, he also contends “suicide bombers and terrorists are not aberrations” in Islam; “They are the norm. They have not distorted their faith by interpreting it wrongly. They have lived out their faith by understanding it rightly.”

Harris has a PhD in neuroscience. Hicks and a majority of anti-theists do not! While the former may understand the nuance of his “thought experiments,” it is likely Hicks does not. It’s therefore not unreasonable to suggest that anti-theists, like Hicks, might take Harris’ “it may even be ethical to kill people for believing them” out of context in the same way jihadis take the Quranic verse “Kill the infidels” out of its historical interpretation and context.

“[New Atheists] describe the Muslim world, where I spent seven years, most of them as Middle East Bureau Chief for the New York Times, in language that is as racist, crude, and intolerant as used by Pat Robertson or Jerry Falwell,” writes Hedges. “Harris, Hitchens, Dawkins, and Dennett know nothing about the Middle East. They do not speak Arabic. They have never studied Islam. This ignorance does not prevent them, however, from denouncing Islam and the danger posed by the Muslim world. They costume their fear and desire for revenge as a war of ideas, a ‘clash of civilizations,’ a noble ‘crusade’ against the pernicious force of religion. And in this clash only one belief system has any validity - their own.”

Unfortunately, and with rising anti-Muslim animus in the US - anti-Muslim hate crimes are five times more likely today than before 9/11 - it’s likely there are many more New Atheists, like Hicks, who are ready to take up that “noble crusade”.

I hope Hicks is a one-off example of a New Atheist turning his hatred of religion into a maniacal act of violence, but there’s little reason to be optimistic. In their minds, and inside their own echo chamber - New Atheists read the same books; listen to the same podcasts; attend the same conventions - religion is evil; therefore evil acts are motivated by religion. In the hours following the Paris attacks, Dawkins tweeted: “Not all Muslims are terrorists, but I don’t need to tell you the religious faith of the terrorists.”

It appears now, he must! 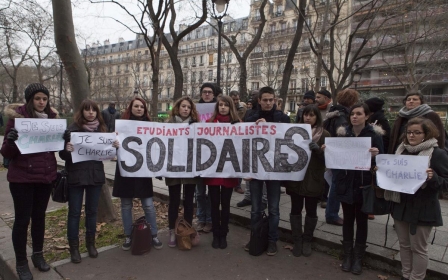 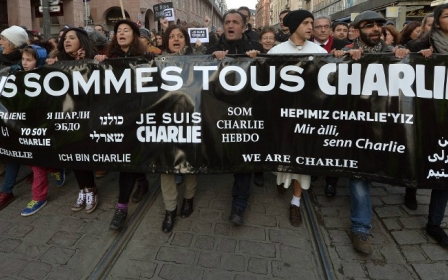 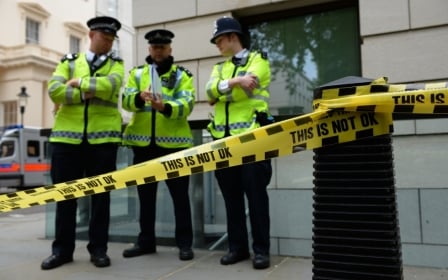