Mahan Abedin
Last week’s terrorist attacks in Tehran dramatically highlighted the IS threat to Iran. But more worrying for Iran is a renewed offensive by the CIA 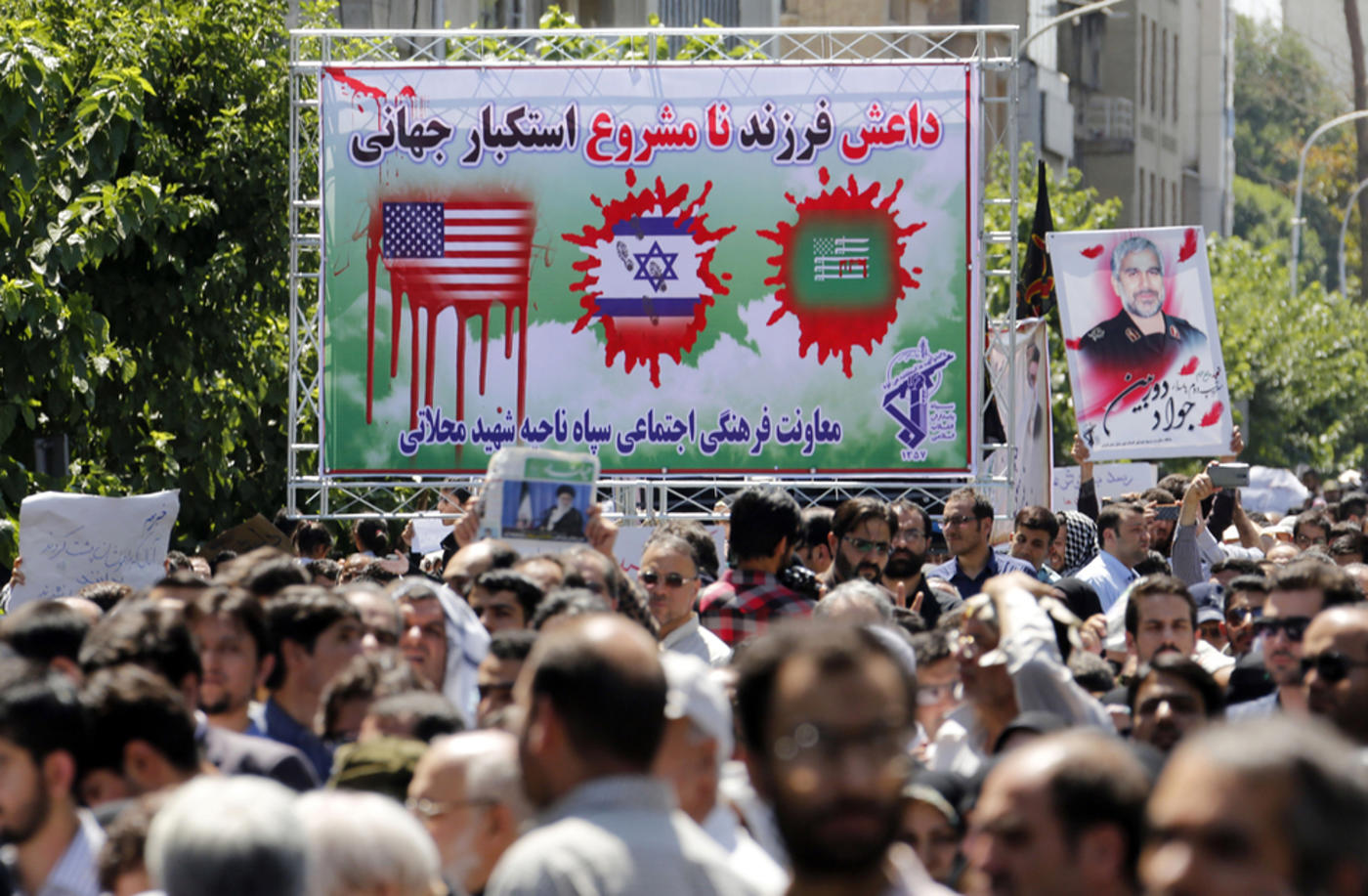 Last Wednesday’s twin terrorist attacks in Tehran shattered a more than three- decades-long sense of security in the Iranian capital.

The last time there were major terrorist incidents in Tehran was way back in the early 1980s during the turbulent immediate post-revolutionary period.

Five years ago, it was revealed that Mossad officers had tried to recruit members of the Jundallah terrorist group by masquerading as CIA officers

These operations underscore the scale of the terror threat and appear to validate the contents of IS’s first Farsi-language video which was released less than three months ago. In the video, IS made a direct appeal to disaffected Iranian Sunnis to rise up against the Iranian authorities by staging terrorist attacks.

The risk of repeated terror attacks is a clear worry for the Iranian authorities, not least because terrorism undermines one of the key sources of Iranian prestige, namely the ability to provide homeland security in a turbulent region. By creating a perception of instability, the Islamic State group is waging a smart psychological warfare campaign against the Iranian establishment.

But in real security terms, Iran is faced with a potentially bigger threat, this time emanating from America’s Central Intelligence Agency.

Earlier this month it was revealed that the newly appointed head of Iran operations at the CIA, Michael D’Andrea (dubbed "Ayatollah Mike") is expected to go on the offensive against the Islamic Republic.

Managing the twin threats of IS-inspired terrorism and CIA espionage – and crucially, the potential intersection of these threats in the context of escalating regional tensions – will be the ultimate test of the Iranian security establishment’s skill and resolve.

News of the CIA’s renewed offensive against Iran comes in the wake of the agency’s broader failures, not least a major setback in China where the CIA reportedly lost more than a dozen local spies to Chinese counter-intelligence.

The CIA has a long and chequered history in Iran. The agency was at the forefront of overthrowing Iran’s first democratically elected government in 1953, inflicting enormous and long-lasting trauma on the collective Iranian psyche. The events of 1953 and its repercussions are the main source of Iranian anti-Americanism and continue to inform Iranian attitudes to the US.

But more recently, the CIA is more associated with failure than success in Iran. In fact, something very similar to its latest Chinese fiasco happened to the agency’s Iran network back in the mid and late 1980s.

Following the shock of the Iranian revolution of 1979, the CIA set about rebuilding its local network, but this time in a far more hostile and challenging environment.

In the late 1980s, it was revealed that Iranian counter-intelligence had discovered the full extent of the CIA network as early as 1985 and had fooled the agency into thinking some of the network was still intact

In the late 1980s, it was revealed that Iranian counter-intelligence had discovered the full extent of the CIA network as early as 1985 and had fooled the agency into thinking some of the network was still intact, either by informally managing some of the spies (i.e. not arresting or prosecuting them) or by turning them into double agents. Following the disclosure of this story in 1989, a few of the most egregious spies were executed.

It is against this backdrop that the new CIA Iran operations chief – renowned for his aggressive approach – will be operating. Traditional espionage, in the form of local spies handled by foreign intelligence officers, simply doesn’t work in Iran’s exceptionally tough counter-intelligence environment. CIA and other Western spies are often caught within months of becoming fully operational.

This is a reality that is all too clear to the CIA and allied intelligence services. In light of this, “Ayatollah Mike” is likely to focus less on traditional espionage and more on subversive activities, an area where the CIA has achieved qualified successes. The CIA, working jointly with Israeli experts, was behind the “Stuxnet” cyber attack on the Iranian nuclear establishment.

Furthermore, the Iranian authorities have long suspected a distant CIA hand in the Israeli-sponsored assassination of Iranian nuclear scientists between 2009 and 2012. There are fears that the assassination campaign may restart in earnest, especially if the Trump administration gives the green light to the Israelis with a view to destabilising the nuclear accord.

IS and CIA: two sides of the same coin?

In the immediate aftermath of the twin terror attacks in Iran, the powerful Islamic Revolutionary Guards Corps (IRGC) released a statement drawing a connection between Saudi Arabia and the attacks.

And then on Monday, the commander of the IRGC, Major General Mohammad Ali Jafari, went even further by directly implicating the Saudis in the attacks.

There is some context for these claims, as only a few weeks ago Saudi Arabia’s defence minister threatened to take the “battle” inside Iran. The Iranian defence minister hit back by threatening to attack everywhere in Saudi Arabia (save Mecca and Medina) should the kingdom commit an “ignorant” act.

It is in this febrile environment that the CIA will be conducting its aggressive campaign against Iran. The risks of misunderstanding and dramatic escalation cannot be overestimated, especially if Iranian investigators come to genuinely believe or at least suspect a connection between IS-inspired attacks, Saudi-funded terrorism and CIA-led espionage and subversion.

It is worth noting the Israeli connection again, as five years ago, it was revealed that Mossad officers had tried to recruit members of the Jundallah terrorist group (which was conducting attacks in Iran’s southeastern Sistan and Baluchistan province) by masquerading as CIA officers.

While the CIA’s war on Iran, and the Iranian response, will be fought mostly in the shadows – with much of it kept well hidden from the public – repeated terror attacks, be they IS-inspired or conducted by local groups funded or directed by the Saudis, may well force an open confrontation.

Photo: Iranians mourn during the funeral of the victims of the attacks on Tehran's parliament complex and the shrine of revolutionary leader Ayatollah Ruhollah Khomeini, in the capital Tehran on June 9, 2017. Tehran hit out at Washington and Riyadh as tens of thousands attended the funerals Friday for those slain in the first attacks in Iran claimed by the Islamic State group. (AFP) 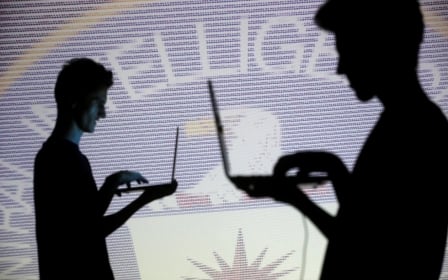