With Colonel Israel Shomer's promotion, Israeli impunity will only increase

David Sheen
Colonel Israel Shomer escaped accountability for the extrajudicial execution of a Palestinian teen. This week, he was promoted to an even higher position within the army 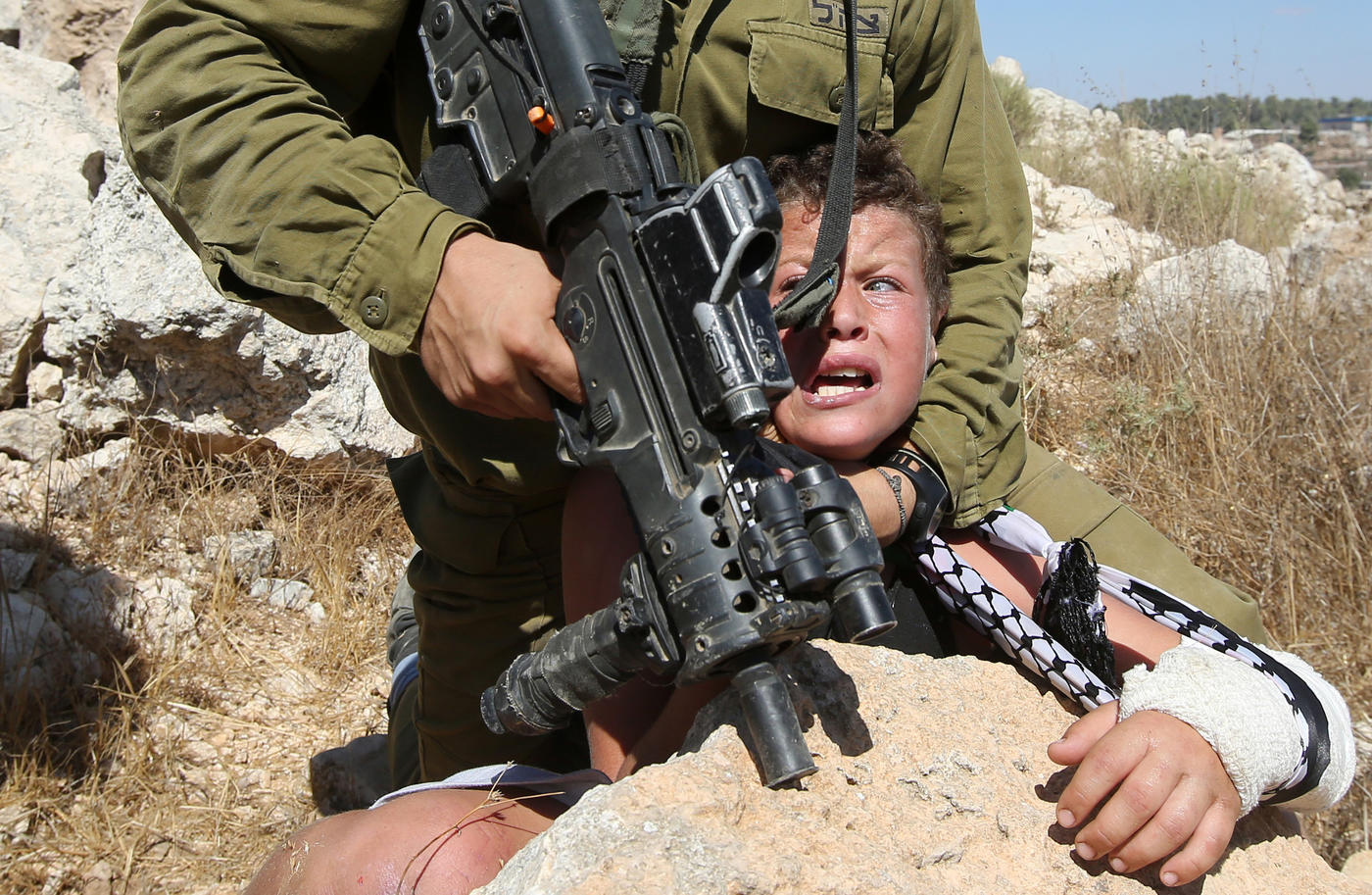 Early in the morning on 3 July 2015, as an Israeli army jeep drove through the occupied West Bank north of Jerusalem. A Palestinian teenager approached the oncoming vehicle and slammed a large rock into its windshield, fracturing the glass, but leaving uninjured the four soldiers riding inside.

The commanding officer, then-Benjamin brigade commander Colonel Israel Shomer, immediately jumped out of the jeep, shot the Palestinian teen to death, returned to the vehicle and continued onwards.

The soldiers did not call an ambulance to the scene. The Palestinian teen, 17-year-old Mohammad ali-Kosba of nearby Qalandiyah refugee camp, soon died from injuries caused by Shomer’s bullets to his back and neck.

Shomer’s name literally means "defender of Israel", and when news of the incident broke, top Israeli government officials rapidly rushed to his aid to proclaim that he was just that. In a Facebook post, Justice Minister Ayelet Shaked asserted that the Palestinian teen deserved to die, according to a Jewish religious edict: “In Judaism, there is a moral principle that says that a person may defend themselves and save their own lives, at the cost of the life of the person threatening them.”

Israel’s Military Advocate General made no similar sweeping theological defence of a soldier’s supposed God-given right to kill, but in 2016, he absolved Shomer of any wrongdoing in the incident nonetheless. In 2017, the teen’s family filed an appeal and called for Shomer to be charged with manslaughter, or at the very least, negligent homicide.

Another of the soldiers admitted to army investigators that Kosba had posed no threat to their lives, and that Shomer did not follow army protocol and call out to the teen before taking action against him

According to the army, Shomer did not intend to kill Kosba, but only to injure him in order to apprehend him. The army concedes that Shomer made “an operational mistake” by shooting Kosba in the upper part of his body, accepting Shomer’s claim that he intended to shoot the teen in his lower legs, but missed.

In the absence of any other evidence to the contrary, one might understand the army’s decision to close the case. But in this instance, the Israel army’s own investigation files are filled with ample evidence that Shomer did in fact extrajudicially execute Kosba. And security footage pulled from the scene clearly demonstrates that Shomer and his troops blatantly lied about the slaying after the fact, to cover up the crime.

In their initial debriefing, Shomer and the soldiers under his command claimed that they had not been attacked by a single person with a rock, but rather, by several Palestinians holding rocks, aided by others. Just before the rock attack, they said, two cars driving ahead of them purposefully stopped, forcing them to slow down, making them easy to ambush.

But security footage of the incident published by Israeli human rights group B’Tselem revealed that these were all-out lies: no cars had forced the jeep to slow down, and no other Palestinians with rocks accompanied Kosba. Once Israel’s own forensic experts confirmed that this footage was authentic, Shomer and his troops grudgingly admitted to the army that there had been no ambush after all.

If the soldiers had truly felt in that moment that their lives were endangered, then they could have easily sped away and saved themselves. That they chose to emerge from the jeep regardless indicates that they did not perceive Kosba as a lethal threat.

The video also laid bare the lie that Shomer first shot in the air to issue Kosba a warning. Rather, Shomer is seen shooting the teen as he was fleeing the scene with nothing in his hands, facing away from the soldiers - and not, as Shomer claimed, turned towards him, holding a solid object in his hands.

In 2017, Israeli investigative journalists John Brown and Noam Rotem sifted through transcripts of the army’s interviews with Shomer and the soldiers under his command. Their expose at +972 Magazine revealed that once their cover story started to fall apart, Shomer’s troops began to describe a different scenario.

One of the soldiers said under questioning that just minutes before they arrived on the scene, Shomer’s second-in-command had informed them of Palestinians throwing rocks in the area that they would soon be passing through. This means that Shomer and his contingent could not have been shocked by the rock attack, and had not overreacted out of fright. Another of the soldiers admitted to army investigators that Kosba had posed no threat to their lives, and that Shomer did not follow army protocol and call out to the teen before taking action against him.

The evidence accumulated by the army itself suggests that after Kosba cracked the windshield of his jeep, Shomer cracked Kosba’s skull open with a rain of bullets as he was fleeing the scene, which is a crime even by the army’s own standards.

That the Israeli military would refuse to even file charges against Shomer, for executing an unarmed Palestinian teen who no longer posed any danger, is just one more reminder of Israeli impunity, and of how little Palestinian lives matter.

That Shomer would again and again be elevated to positions of even greater responsibility is a sad sign of the direction we are steadily heading in: a world in which the list of crimes Israel can commit with impunity is only likely to increase.

Photo: A Palestinian boy is held in a headlock by an Israeli soldier (AFP)