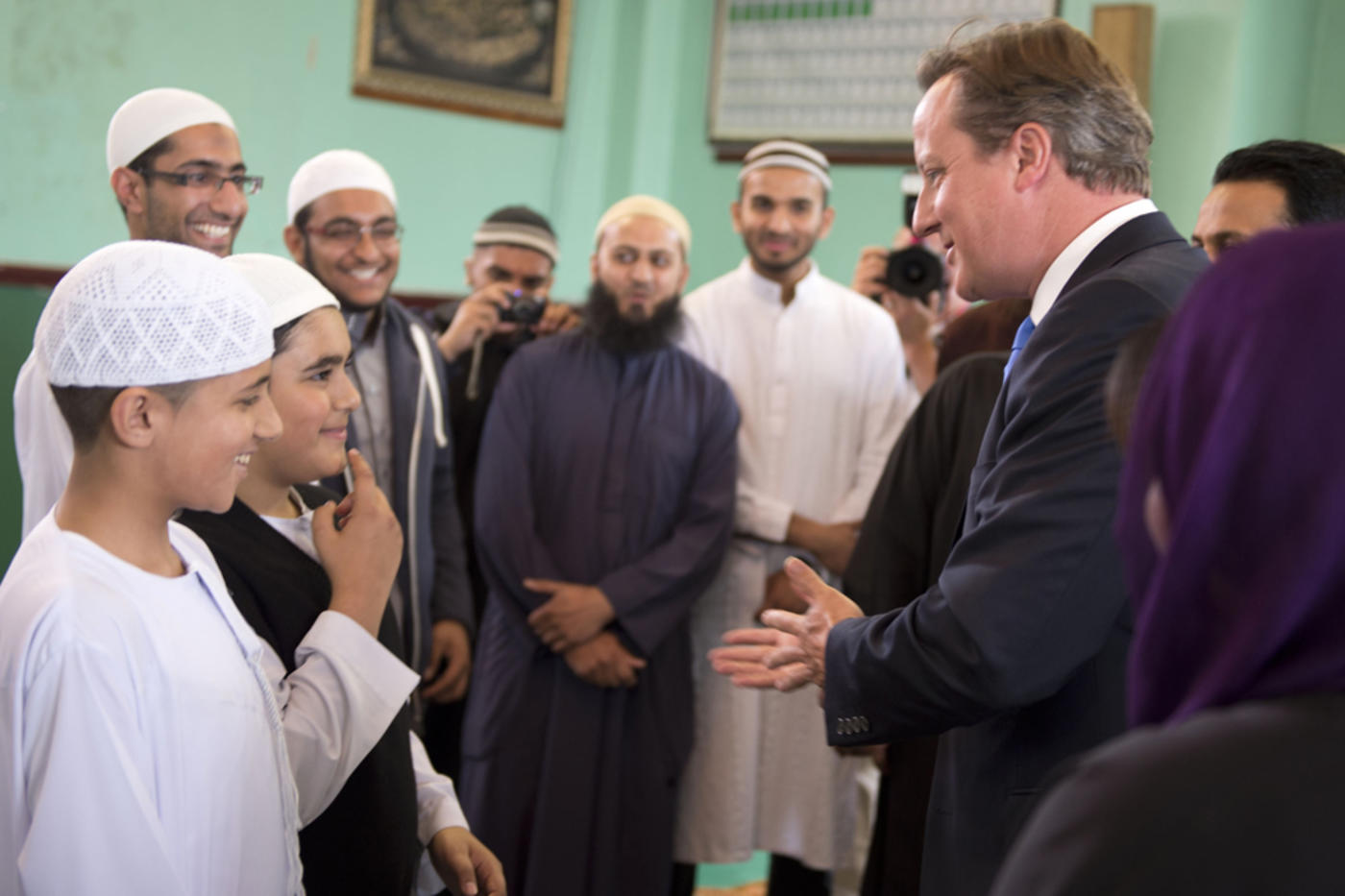 It is with great regret that I write to you (again) about countering-radicalisation, this time in relation to your bizarre conflation of people having difficulties speaking English with the threat of Islamist extremism.

In your article in The Times setting out your proposals, you state that your goal is to end forced gender segregation and stop women being treated as second-class citizens in Britain. You highlight the all-too-real problems of forced marriages, female genital mutilation (FGM) and extremism.

This is laudable, and necessary, and the British government’s professed commitment to tackling such issues within and beyond Muslim communities is of course welcome.

But your assumption that these are all part of the same continuum that can be tackled with a single "kill lots of birds with one giant rock" approach is deeply misguided.

In fact, you are fudging your figures. You claim that “some 190,000 British Muslim women - or 22 per cent - speak little or no English despite many having lived here for decades”.

I asked your press office to explain where they derived your figure from, and they sent me a link to this table.

Analysis of the figures reveals some important facts whitewashed by your misleading statement in The Times. Your statisticians appear to have derived their figure by arbitrarily excluding Muslim females aged between three and 15, while including those aged 65 and over.

If the exclusion of those aged 3–15 makes sense, due to their being too young to be relevant, surely including those aged 65-plus (who are past the age of retirement and likely to now be grandparents) would misleadingly inflate the figures by incorporating an age group too old to be relevant.

Ah yes, that’s what I thought you were doing.

The statistical purpose of excluding the 3–15 year old age bracket can only be ensuring an accurate assessment of the scale of the problem in a way that applies to employability and parenthood.

Since that appears to be the basis for excluding the younger generation, the same statistical rationale applies equally to those aged 65 and over. Hence, prime minister, a more realistic assessment is to look at the numbers for the age range between 16 and 65.

When we break down these figures, a far clearer picture emerges.

This is definitely a bad thing, prime minister. But why fudge your figures to inflate them that 40,000 odd extra, just to make the problem seem worse than it is?

There is a crisis of illiteracy in the UK, and it has little to do with being Muslim, as you try to claim based on fraudulent statistics, raising serious questions about the literacy and numeracy of yourself, and other members of your Cabinet (not to mention your civil servants – and the editors at The Times).

According to the National Literacy Trust, “16 per cent, or 5.2 million adults in England, can be described as 'functionally illiterate'. They would not pass an English GCSE and have literacy levels at or below those expected of an 11-year-old… Many areas of employment would not be open to them with this level of literacy and they may also struggle to support their children with reading and homework, or perform other everyday tasks.”

It gets worse. Out of these functionally illiterate Britons who can’t speak English above that of the level of an 11-year old, “Around 5 per cent, or 1.7 million adults in England, have literacy levels below those expected of an 11-year-old.”

The real figures shows that only 9.5 percent of Britain’s most functionally illiterate people at most happen to be Muslim, and according to my guesstimate only 4.5 percent are Muslim women.

So if you’re genuinely worried about people not being able to speak English, you might want to think about the disproportionate number of Britons - who happen to be non-Muslim (not that their faith or lack of it is relevant) – who cannot speak English properly.

Unfortunately, Prime Minister, you go on to compound this arithmetic sophistry with further stupidity, when you write this:

“There is also an important connection to extremism. I am not saying separate development or conservative religious practices directly cause extremism. That would be insulting to many who are devout and peace-loving. But they can help a young person’s slide towards radicalisation.”

Despite your caveat above, Prime Minister, you claim that “conservative religious practices” – whatever that means – can “help” a young person slide into extremism and become a terrorist.

There is simply no empirical evidence for this claim. In fact, empirical studies confirm that Muslims who are devout tend to be immune to extremist ideologies.

Experts like former CIA official Marc Sageman and anthropologist Scott Atran, who have examined the profiles of real jihadists, show that they largely come from secular households.

“Those drawn to jihadism are usually not particularly religious prior to their involvement with violence,” explains Akil Awan, an associate professor of political violence and terrorism at Royal Holloway University. “They are either raised in largely secular households or possess only a rudimentary grasp of their parental faith, which rarely extends to religious practice of any sort.”

Professor Anne Alya, a terrorism expert at Curtin University and founding chair of People Against Violent Extremism, similarly points out: “The fact is that the role of religion in radicalisation (and deradicalisation) is grossly overestimated. There is actually no empirical evidence to support the claim that religion (any religion) and ideology are the primary motivators of violent extremism. The revelation that wannabe foreign fighters prepared for battle by reading copies of Islam for Dummies and The Koran for Dummies, underscores this.”

Your baseless conflation of English language illiteracy, separatist communities and radicalisation is a cynical effort to appeal to the floating British mass of voters increasingly turning to far-right politics of xenophobia.

In particular, to prove your point, you invent a hypothetical jihadist – “the young boy growing up in Bradford. His parents came from a village in Pakistan. His mum can’t speak English and rarely leaves the home, so he finds it hard to communicate with her, and she doesn’t understand what is happening in his life.”

If this boy can’t communicate with his own mum, it’s not because of English proficiency, or lack of it – after all, she brought him up, and he must be multi-lingual, speaking Urdu at home, like his parents. Language isn’t the issue here – it’s identity.

And identity is affected by many other factors, which religious extremists prey on – foreign policy grievances, rising anti-Muslim sentiment in wider Western society, and a sense of alienation from both one’s ethnic and mainstream culture. Into this toxic mix, jihadist recruiters find a fertile playground to propagate their "us and them" vision of the world – and its religious novices who tend to be most vulnerable, rather than those brought up with a strong attachment to an Islamic religious identity.

I’m particularly chagrined that you use all this number fudging and fear-mongering to justify a policy of creeping Trumpification: “We will now say: if you don’t improve your fluency, that could affect your ability to stay in the UK.”

What you have done, Prime Minister, is abused your position of authority to broadcast a false, and absurd, image of an incoming swarm of dangerous migrant Muslim women giving birth to potential jihadists, that can only be stopped with extensive English language lessons; and the threat of deportation.

Do we need to tackle illiteracy in Britain, among Muslims and migrants? Absolutely. But what about the millions of non-migrant, non-Muslim Britons who are functionally illiterate, some of whom go on to join groups like the English Defence League?

Pointing fingers at minority groups on the basis of fraudulent statistics to evade responsibility for your own role in escalating Britain’s education crisis is a cheap political stunt, even for you.

I can understand your thinking though – it’s a great way to buy yourself some credibility while people get angry as health, housing, social and other public services crumble under the weight of your economically illiterate austerity programme.

Yours in bored disappointment,

Image: The Prime Minister visits the Jamia Mosque in Manchester as Muslims in the UK prepare for Eid 2013. (Downing Street website)