The dead-end politics of exclusion: Islam in France according to Hakim el-Karoui 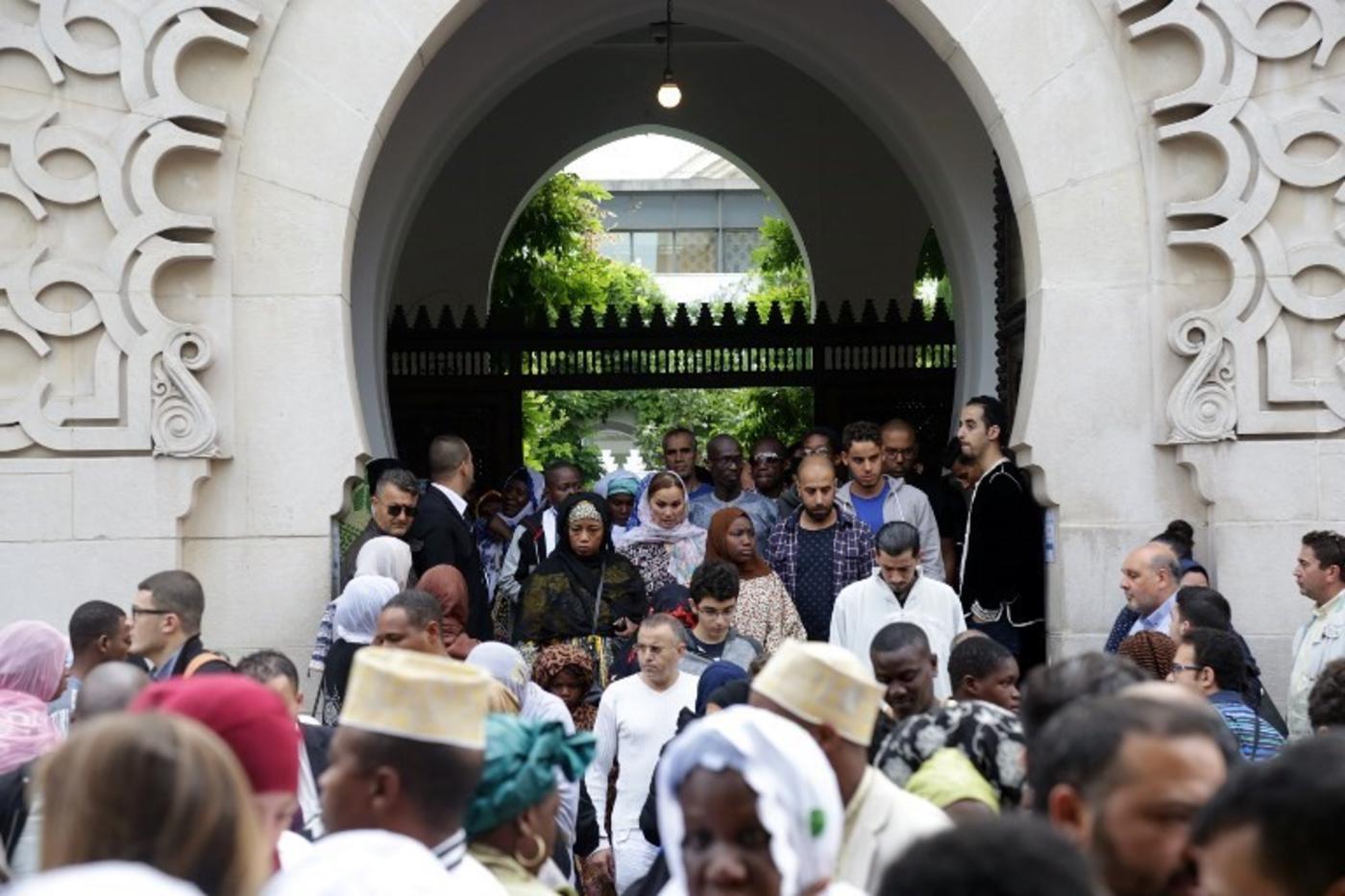 Much has been written on Hakim el-Karoui's controversial report "Manufacturing Political Islam" published in September by the Institut Montaigne. El-Karoui is considered by many to be French President Emmanuel Macron’s unofficial advisor on "Muslim affairs". He was the former adviser of prime minister Jean-Pierre Raffarin and one-time moderator of the 21st Century Club with former French justice minister Rachida Dati.

Here, we will simply review el-Karoui's conception of "Islamism", which alone determines the validity of his analysis and, consequently, the effectiveness of his recommendations on the "future of Islam in France".

El-Karoui, who was also the former director of the Institute of Islamic Cultures, recently made an unfortunate slip on RTL radio that perfectly summed up the ambiguity of his proposals. The recommendations put forward in his report, he declared, were made in the name of "fighting Islam".

However, not all of el-Karoui's proposals were bad, particularly his emphasis on the importance of teaching the Arabic language in schools. This suggestion, however, unleashed near hysterical reactions among not only French far right groups but the the entire right-wing establishment as well that, otherwise, were willing to embrace many of his suggestions.

Yet a few fine distinctions need to be made to understand the central tenet of his analysis. Indeed, the "mountain" of academic references he quoted (over 200) fail to conceal his "molehill" conclusions. The report is simply a rehash of the so-called common-sense approach upon which France’s "politically correct" policy has been founded for decades.

To demonstrate the report’s lack of substance, one has to read the reasons he cited on why Islamist parties made electoral victories during the Arab Spring.

Indeed, he reduces the relations between state and religion in the Maghreb countries and the Middle East to a series of cliches and gratuitous statements which are hardly compelling. Islamist movements emerged, the author argues, with the “backing of increasingly conservative societies”.

El-Karoui gives no explanation whatsoever about the reasons behind the emergence of these Islamist trends other than the “influence of Salafism imported from Saudi Arabia”. He then firmly concludes: "Relations between political power and religion are being redefined by jihadism, the constitution of a self-proclaimed Islamic State group (IS), and the restoration of the Caliphate by this latter in 2014."

Based on such an "analysis", what’s to be done?

El-Karoui’s approach, utterly lacking in historical perspective, either discounts or greatly downplays the historical roots of Islamism, barely addressing the fact that the Muslim world "has had it up to here with Western interference", that radical Islam is the result of both the “imperial” policies of Western nations in the Muslim world and the West’s continued endorsement of autocratic Muslim leaders, including Abdel Fattah al-Sisi of Egypt, Mohammed bin Salman of Saudi Arabia, and Khalifa Haftar of Libya.

Therefore, the readers and, incidentally, the decision-makers, for whom the report was written in the first place, have no chance of understanding the history and the stakes of Islamism. With full confidence, el-Karoui advocates the ostracisation of a large segement of his French co-religionists.

El-Karoui gives no explanation whatsoever as to the emergence of these [Islamist] trends, other than the “influence of Salafism imported from Saudi Arabia”

He also disqualifies entire populations of our Muslim counterparts, those who voted for Islamist parties, thus reinforcing France’s policy which regards the victory of Islamist movements in democratic elections post Arab Spring, in Tunisia and Egypt, as the manifestation of a regional malaise.

His rhetoric – the very language that the worst of Arab dictators, like Bashar al-Assad and Sissi, are currently bombarding us with to justify why the West should back them in their fight against their opponents – indiscriminately puts all the Muslims of France together with Islamist movements of all stripes in one basket, the Muslim Brotherhood included. A sad prospect, indeed.

With regards to the question of the political administration of Muslim citizens, el-Karoui suggests, like the native informant who knows what he is talking about, that the government appoint an "Imam of France".

Today there are two overriding conceptions of “political Islam”, which can be defined – at its most simple, given its manifold nature - as the using of Islam in the Muslim world for political ends.

El-Karoui’s latest report, like the previous two he published in 2016 and 2017, is entirely in line with France’s historic common-sense approach. His theory has found favour with the media and in political circles, but it has been discredited in the academic world.

Emerging from a narrow reading of the French revolutionary experience, the theory holds that religion in politics shows a potential for totalitarianism. Its mere presence in the public sphere in any shape or form - including the observance for food rituals – is therefore at odds with "secularism" and inevitably fuels a dynamic of radicalism and religious extremism.

Consequently, the only possible response to contemporary “Islamism”, as theorised by the American-British historian Bernard Lewis, is to exclude its followers from legitimate political circles by whatever means necessary on both a national and international level.

Moreover, it places all forms of contemporary political Islam, of which there are many, in the same basket, wrongly portraying political Islam as an essentialist movement rooted in deep-seated resistance to political change, though field research has systematically debunked such theories.

In el-Karoui’s latest report, not only highly reprehensible extremist forms of Islam are banned, but also the slightest sign of religious affiliation in public or media spheres should be banned.

Therefore, the singer, Mennel Ibtissem, whose “Islamic headscarf” was so objectionable, as well as millions of ordinary observant Muslims are indiscriminately likened to “apologists of Islamism” regardless of their political leanings.

Unsurprisingly, the arguments put forth by el-Karoui have not only found favour with readers in the West, but they have also been enthusiastically embraced by a significant number of authoritarian leaders in the Muslim world, because such an argument absolves them from any responsibility whatsoever for the tensions affecting their societies both at home and abroad.

Responsibility for today's divisions is therefore comfortably assigned to thinkers who belong to the distant past, like Ibn Taymiyya (1263-1328), Sayyid Qutb (1906-1966), or to a handful of thinkers who formalised, in often volatile national and international contexts, the divisive and sectarian political appropriation of the Muslim doctrine.

Far from the media spotlight, another school is trying - with great difficulty - to substantiate that the reactionary banning, prevalent mostly in the West, ignores two obvious truths at the grassroots level.

Firstly, the rhetoric of political Islam, used by a broad range of political movements including that of the moderate Tunisian politician, Rached Ghannouchi, and the “caliphate” of Abu Bakr al-Baghdadi, the Iraqi leader of Islamic State, does not exclusively lead to the social and political radicalisation of fringe groups. Quite the opposite is true, in fact.

Proponents of this second reading have obviously identified and, when need be, clearly condemned these forms of radical ideology. But their approach to “fighting radicalisation” goes one step beyond: it also aims to rigorously identify the motivations that lead certain populations to choose from among the many ways Muslim doctrine can be applied in politics, its most polarising, divisive and conflictual modes.

The complex nature of the issue, though perfectly clear to outside observers, alas reflects the biased approach that the French government may soon endorse – with either an unfortunate level of irresponsibility or an unfortunate weakness in the face of populist rhetoric – by following the author’s recommendations in the most recent report published by the Montaigne Institute.

By and large, as shown by a number of concrete experiments like that of Tunisia (provided they are not presented through the distorting prism of the Western press), political Islam is increasingly embracing the core values of universal democracy, and it is doing so as well as, if not better than, the Algerian-style secularist/éradicateur “democracies” so cherished by the West.

Secondly, when the rhetoric of political Islam is only used to promote radical sectarianism, as is the case of the “Islamic State”, the roots of the radicalisation process cannot be attributed exclusively to Islamist discourse: the origins of extremist outbreaks need to be traced to the social and political environments from which they have emerged.

And we mustn’t forget that the ruling elite is part of the bigger picture, especially (but not only) in the West, in those societies seeing the emergence of radical movements.

Though it is hardly unique in this respect, the Montaigne Institute utterly disregards a fundamental irony regarding the necessary conditions for the successful “integration” of French people of Muslim descent (which by and large is an actual fact in both France and many other European countries).

To close the divide that tends to separate French Muslims from their fellow citizens, creating a sense of social uneasiness among a large majority and sparking violent behaviour among a tiny minority, the populations who express themselves in confrontational terms need to be encouraged to actively participate in the decision-making process regarding the “governance of Islam in France” – precisely because their voices so often go unheard in the process of social integration.

However, by blocking the social acceptance of all Muslims as “legitimate citizens”, el-Karoui is advising the French government to lead the country in the opposite direction, closing the door on a society open to the participation of all – including those “happy few" Muslims chosen by the powers-that-be. Be kind, please rewind.

- François Burgat is a political scientist specialized in political Islam and a senior research fellow at the French National Centre for Scientific Research (IREMAM Aix-en-Provence). He was the head of the French Institute of the Near East from May 2008 to April 2013 and the French Centre for Archaeology and Social Sciences in Sanaa from 1997 to 2003. His latest works include Comprendre l’islam politique: une trajectoire de recherche sur l’altérité islamiste 1973-2016 (La Découverte).

The views expressed in this article are those of the author and do not necessarily reflect the editorial policy of Middle East Eye.

Photo: Muslim worshipers leave at the end of the Friday prayers at the Grand Mosque of Paris on 1 September, 2017 (AFP). Islamophobia
No liberty, no equality, no fraternity: The death of French secularism
Hanane Karimi