To defeat terrorism, the West must support Palestine and Muslim democrats 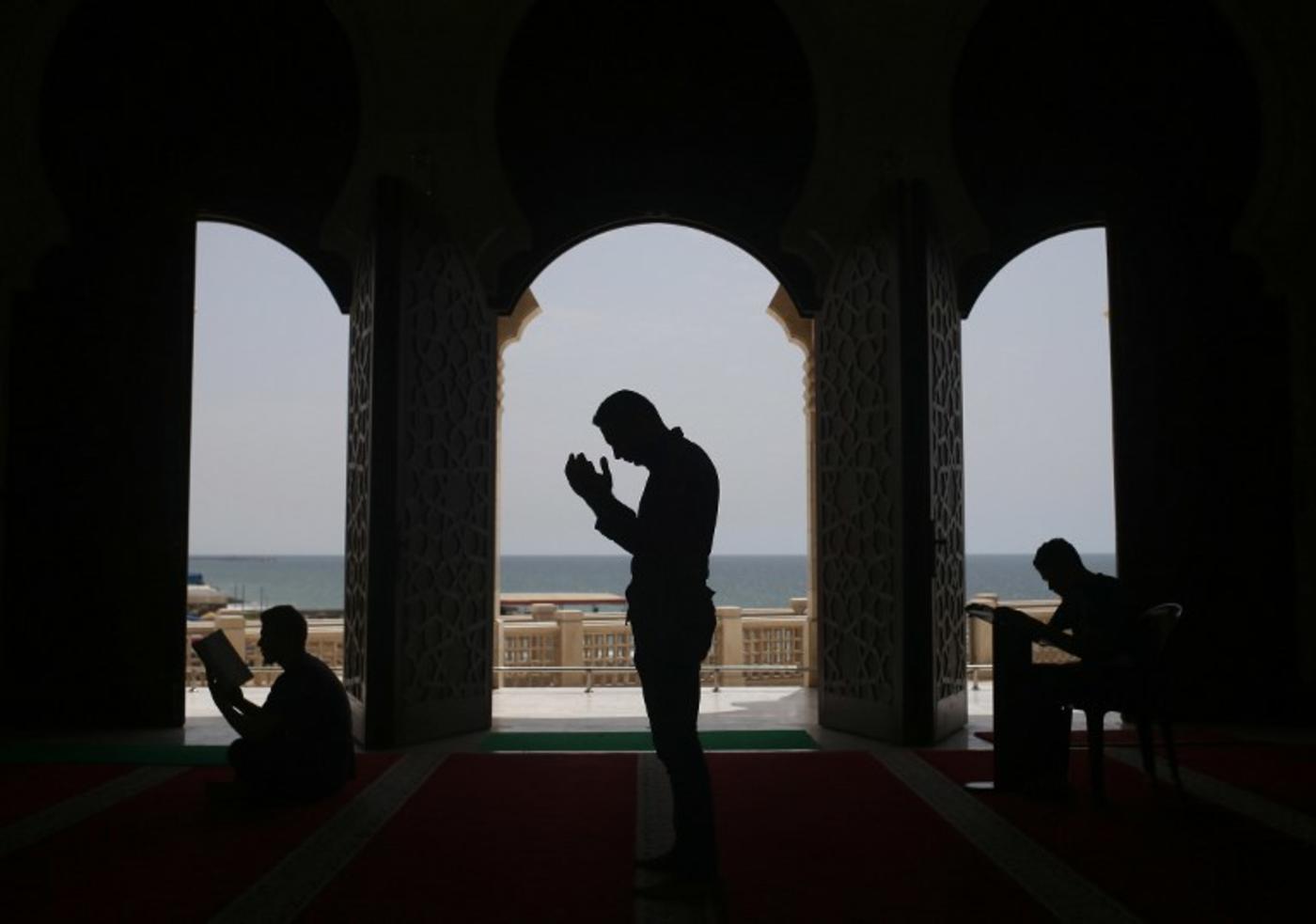 The act of terrorism that took place recently in Orlando, claiming the lives of nearly 50 civilians and wounding many more, has given new life to the discourse around "Islamic terrorism". This has resulted in an increase in suffering amongst Muslim and Arab communities living in the West due to the growing phenomenon of "Islamophobia".

Such terrorist acts are condemned in all political and moral frameworks; they do not represent me as a Muslim Arab or our religious and humanistic values and principles. I believe such incidents are no more than an individual act by someone whose values and affiliations are in desperate straits, regardless of whether he was or wasn't committed to Islamic rituals.

Since the September 11 attacks, an intensified discourse around terrorism has produced the "War on Terror" concept, which later became the phenomena of our century and a predominant notion in the Western media.

The prevalence of the term "Islamic terrorism" has sparked an outpouring of protests in Arab and Muslim societies and also amongst Muslim communities in the West, proclaiming that "terrorism has no religion".

But still, some Western intellectuals as well as several politicians in the US and Europe are promoting the use of this term. This has provoked unanimous Islamic condemnation, since the West refuses to use the term "Christian terror" or "Jewish terror" to describe other fundamental or extremist groups, apparently because such groups are not attacking Western countries and their victims are usually marginalised minorities, such as black people, Muslims and European Jews.

In sum, Muslims see this as a matter of discrimination, hypocrisy and double-standards in Western policy.

Presently, terrorism is proliferating in all directions and continents. No religion or person is spared: Islam, Christianity, Judaism, Buddhism and even non-believers in organised religion are all in the same boat under the merciless threat of terrorism.

But given the behind-the-scenes, underlying causes of terrorism, it is reasonable to conclude that there is a mutual interest amongst some Western entities and Islamic bodies to stoke such a situation of vehement extremism and have this phenomenon become a threat to all mankind.

Yes, we have in our region some extreme currents with a culture that prioritises the language of hostility, hatred and vengeance over the calls for compassion and religious tolerance. This is mainly because it sees in the West an insufferable evil that spreads to all regions, and furthermore, it considers the West responsible for all the calamaties that have occured in Muslim and Arab lands including invasions, massacres and wars.

While it's believed that the West is subverting democracy and human rights by empowering oppressive and authoritarian regimes in Arab and Muslim countries, it is also seen that the West is obscuring, and for some, condoning and justifying Israel's continuous occupation and aggression against the Palestinians. Palestine has always been the central and first concern of the Ummah, by which the religious vision of Arabs and Muslims and their political outlook on the world has been shaped.

Therefore, in order to reach a desirable state of international consensus that strives to fight and irrecoverably eliminate terrorism, the West should first and foremost be concerned with solving the predicament of the Israeli occupation, and to help the Palestinians establish their own independent and free state.

The second significant necessity is to share responsibility in genuinely supporting the process of democratic transformation in the region, and to promote an atmosphere of coexistence and religious tolerance amongst peoples, an atmosphere that essentially respects all religions and dignifies the sanctity of holy places and, most importantly, prohibits any outrageous offences against people's beliefs and the symbols of their prophets and messengers. This requires the establishment of new traditions, new ways of thinking and new ways of governing with long-term public commitment from the people and adequate assistance from the West.

Certainly, the misuse of the term "terrorism", and the imputation of accusing well-known rational and moderate Islamic currents that renounce violence, such as the Muslims Brotherhood, of it is what devalues the term, and prevents us as moderate political Islamists to believe in its usefulness.

Fighting the phenomenon of terrorism can never be progressively accomplished by pointing fingers of accusation against Muslims. Eradicating the phenomenon requires empowering Muslims to be the head of the arrow in fighting it intellectually.

The right thing to begin with is to empower moderate Islamic currents in order to correctly redirect the Muslim compass, by raising awareness amongst youth segments on the dangers of such extreme ideology to the merciful religion of Islam; a religion that invites dialogue with others through wisdom, righteousness and beautiful preaching. It's also required from us to be open with the Jihadi Salafists and engage in intellectual dialogue with them to correct their vision, which doesn't match the consensus of Muslim scholars and intellectuals.

This is our part as Muslims, but what is needed from the West and the international community is to not line up with authoritarian regimes in the Middle East. It's needed to delegitimise anyone who violates or disrespects the democratic process and the peaceful transfer of power, and to put an end to the Israeli occupation in the West Bank, and support the Palestinians' right to statehood, and to reach and implement a just resolution to the refugee issue as stated in the UN Resolution 194.

The absence of intellectual processing of the phenomenon of extremism and terrorism, and the continuation of a Western policy that ignores solving problems and predicaments in the region, while facilitating corruption, dictatorship and tyranny, all lead to further massacres and result in the desire for revenge that will spare no one in the East or West.

I feel ashamed when some, in the name of religion, violate my Islamic identity, and make me susceptible and exposed to others' hatred and antipathy. But the United States, along with many Western nations, nourish dangerous hatred by committing great follies and blunders of criminal action against Arabs and Muslims.

It is widely believed that these sectarian wars that decimated that crops and cattle in our countries are not far from the West's planning and guile, since our misfortune serves Western ambitions, and perhaps a desire to humiliate the people of our nation.

Terrorism, that accursed Satan, undoubtedly contradicts the nature of our religion that came with mercy to all peoples. Therefore, whomever is beguiled to target civilians, regardless of their religious or ideological affiliations, needs to seriously check his moral values and religious system that prohibits the unjust killing of others and considers such violations in their humanitarian context as major crimes, as stated in the Quran 5:32, "as if he killed all people".

Finally, the West needs to review its aggressive policies towards the countries and peoples of the region. As extremists and radicals in our Arab and Muslim countries should not devote hostility and hatred to their religion, the West too should realise that their societies are no longer homelands of one colour: there are millions of Muslims living in the West building up institutions and mosques and even becoming an integral part of the political and cultural system.

What is required today is to adopt the policy of dialogue and "coexistence of cultures," instead of thinking with the mentality of the "clash of civilisations".

- Ahmed Yousef was a political adviser to the former Palestinian Prime Minister Ismael Hanniya and is the head of the Gaza-based House of Wisdom institute.

Photo: Palestinians pray at the al-Khaldi mosque in Gaza City on 8 June, 2016 (AFP). 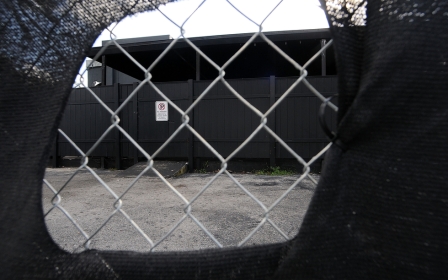 Orlando
The cynical exploitation of the Orlando shooting Religion
Violent extremism: How to fight the monster without becoming one