Despite worrying trends, there are grounds for cautious optimism in 2019

Richard Falk
The new year commences in an atmosphere of tension and controversy, yet it remains possible that moderating forces may be capable of bringing more stability to the region than at any time in the 21st century 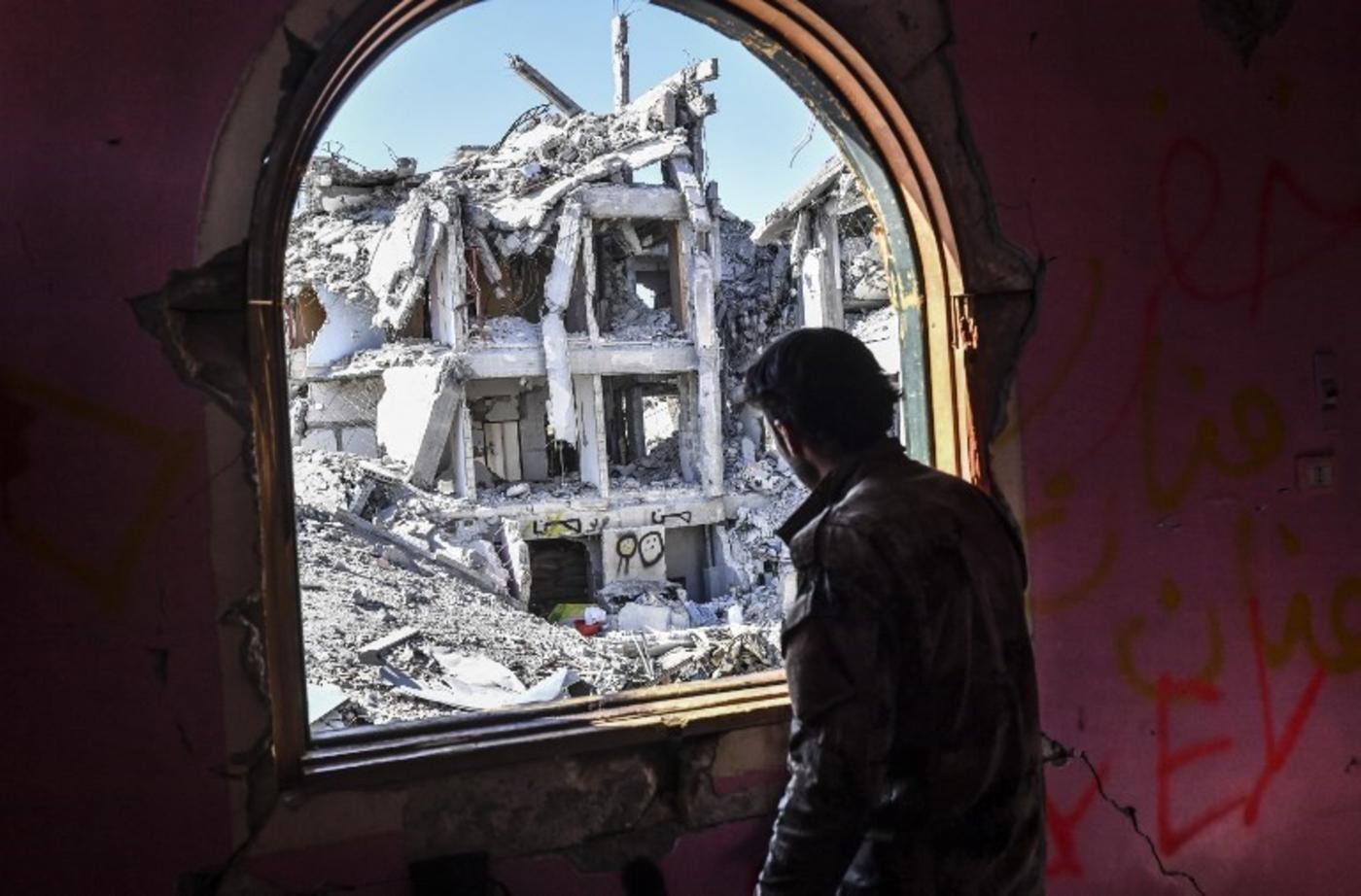 Ever since the World War One travesties of Sykes-Picot and the Balfour Declaration, the Middle East has been the scene of geopolitical rivalries and unfolding nationalist narratives that veered uneasily between extremes of tyranny and chaos.

A second post-Ottoman milestone was crossed in 1956 when the United States displaced its main European allies, the UK and France, as the principal manager of western interests in the region, which at the time centered on the Cold War containment of the Soviet Union, safeguarding western access to Gulf oil and trade routes, and sustaining Israel's security.

A further phase emerged after the ending of the Cold War's geopolitical bipolarity. This was soon followed by the 9/11 attacks on the United States which supplied the pretext for a series of disastrous interventions in the name of counter-terrorism.

Then came the 2011 uprisings consisting of a series of popular movements displacing several authoritarian regimes, followed by an array of foreign interventions, proxy wars, prolonged strife, and massive civilian suffering throughout the region.

One result of these anti-authoritarian uprisings has been a surge of counterrevolutionary violence and intensified repressive tendencies. Beyond this, the US-Saudi-Israeli axis' extreme hostility toward Iran has threatened - for years - to explode into a regional war of great ferocity.

Into this maelstrom of violence and disorder, the ascent of Donald Trump to US leadership two years ago seemed to be a huge dump of oil on the already raging fires in the Arab world. Such apprehensions were quickly realised: Giving the green light to the Saudi-UAE ultimatum directed at Qatar, going all out to help Israel impose an apartheid state on the Palestinian people, and building a war-mongering alliance with Riyadh and Tel Aviv to produce some sort of final showdown with Iran.

As the world has learned, often painfully, Trump is the least predictable political figure ever to govern in the US. On the home front, his policies have been ideologically coherent, leaning far to the right on such varied matters as immigration, trade, taxes, legality, and respect for constitutional guidelines.

On foreign policy, there has been Trumpist bluster and erratic behaviour, but nothing very disruptive other than perhaps the Jerusalem embassy move, that is, until the abrupt announcement of the withdrawal of 2,000 American troops from Syria a few days ago.

This move has shaken the national security establishment in Washington, and supposedly further undermined confidence in America’s global role among NATO allies and, above all, with Israel and Saudi Arabia.

In this case, Trump overrode the unanimous advice of his hawkish advisors and ministers, failed to consult with allies, and justified the withdrawal by falsely claiming the defeat of Islamic State group (IS).

The magnitude of the government crisis was signalled by the resignation of General Jim Mattis, secretary of defence, and underscored by his letter condemning the president’s approach in all but name. This letter of resignation was immediately treated as scripture by Democrats and such stalwarts of liberalism as CNN and the New York Times.

The American military presence in Syria was always problematic; too modest to be a game changer, but significant enough to prolong the Syrian agony

Even a bunch of Republicans - at last - stood up to denounce Trump’s new Syria policy, contending that it betrays the Kurds, rewards the Russians and the Assad regime, and is red meat for the undefeated IS legions.

Assuming that Trump does not pull the rug out from under his own initiative, its merits deserve a more balanced consideration. The American military presence in Syria was always problematic; too modest to be a game changer, but significant enough to prolong the Syrian agony.

With respect to IS, it may not be defeated, but the main players in Syria - at this point - the Syrian government, Russia, and Iran - all have immediate incentives to carry the fight against it to a successful conclusion. We cannot know what Turkey will do with respect to the Kurds operating close to its border in northern Syria and supposedly linked to the armed struggle movement of the PKK centred in the Kandil Mountains of Iraq.

We can hope that Erdogan might have given Trump some assurances of foregoing an escalation against the Syrian Kurds.

What we can be encouraged by, especially in light of the withdrawal of half of the American combat contingents in Afghanistan announced a day after the Syria withdrawal, is that Trump seems to be giving substance to his long deferred campaign promise to end foreign interventions and give emphasis to restoring the quality of life in the US.

If this is indeed the case then it's bad news for the Saudi and Israeli hawks who expected Trump to lead this most unholy of alliances to the gates of Tehran, maybe not by military means, but at least by intensified forms of coercive diplomacy.

Trump has not earned much of a reputation for consistency, or staying the course, but at least for now, it would seem that the withdrawal from Syria is best understood as part of a larger political disengagement from failed military adventures in distant countries that came at great cost and yielded no political results.

All in all, what emerges is certainly not a pretty picture, yet there are grounds to be more positive than the strongly negative reactions of political elites in America and Western Europe. The disavowing of foreign military intervention by the United States is long overdue, given the record of political failure and the trail of suffering left behind.

Yet more important, and undoubtedly not part of any coherent revision of grand strategy by Trump, is the possibility that a reduced political engagement by the United States will encourage regional moves toward moderation, self-determination, and coexistence. Such disengagement would allow the realities of a post-colonial Middle East to break free of the shackles of geopolitics.

Even the Israeli leadership might feel encouraged over time to reconsider their approach to the Palestinian national movement, and shift their focus from seeking an apartheid victory to envisioning a political compromise that presupposes the true equality of both peoples.

The context of the withdrawal from Syria is also consistent with the drift of several recent regional developments. First of all, the grotesque murder of Jamal Khashoggi in the Saudi embassy in Istanbul has made it less feasible than before to join hands with the leadership in Riyadh, and solidify the anti-Iran alliance with Israel and the US.

The grotesque murder of Jamal Khashoggi in the Saudi embassy in Istanbul has made it less feasible than before to join hands with the leadership in Riyadh, and solidify the anti-Iran alliance with Israel and the US

In the same direction, the dreadful Saudi intervention in Yemen, undertaken with American support, has already caused massive suffering and threatens what is being called the worst famine in the last hundred years. Moves toward a UN presence to open the main Yemeni port at Hodeidah, which handles 80 percent of food imports, seems to be a step back from the brink of a worsening humanitarian catastrophe.

If this de-escalation holds, it could reinforce the sense of geopolitical disengagement that is now associated with removing American troops from Syria, but would then also pertain to ending US complicity in the Yemen war.

This positive future for the Middle East in 2019 is beset by profound uncertainties. Aside from Trump giving in to militarist counter-pressures, there is the possibility that he has - at last - crossed the red line of tolerance of the Republican Party.

This could mean forcing Trump from power one way or another, and replacing him with the Vice President Mike Pence, who shares Trump's ideological vision on the home front, but is not ready to buck the national security establishment on its core global posture, namely, an unshakable belief in the benevolence and efficacy of American military power.

Eight years on, the Arab Spring is far from over
Alain Gabon
Read More »

Other possible discrediting sequels would be IS terrorist attacks in Europe and North America, a bloodbath in Syria as Damascus consolidates its victory, and a major Turkish offensive against the Kurds in northern Syria. None of these developments can be ruled out and if occurring, would alter - for the worse - what we can reasonably hope for in the region as 2019 unfolds.

Yet as 2019 commences in an atmosphere of tension and controversy it remains possible to be guardedly hopeful that moderating and stabilising forces may be more capable of bringing peace and some stability to the region than at any time in the 21st century.

- Richard Falk is an international law and international relations scholar who taught at Princeton University for 40 years. In 2008, he was also appointed by the UN to serve a six-year term as the special rapporteur on Palestinian human rights.

Photo: A member of the Syrian Democratic Forces (SDF) looks out from a building at the frontline in Raqqa on 16 October 2017 (AFP).

Politics
Why Pakistan's influence in the Gulf is waning
Arhama Siddiqa
Politics
Russia is a broker, not a peacemaker between Israel and Syria
Christopher Phillips
Politics
Labour faces legal challenge over recruitment of former Israeli spy