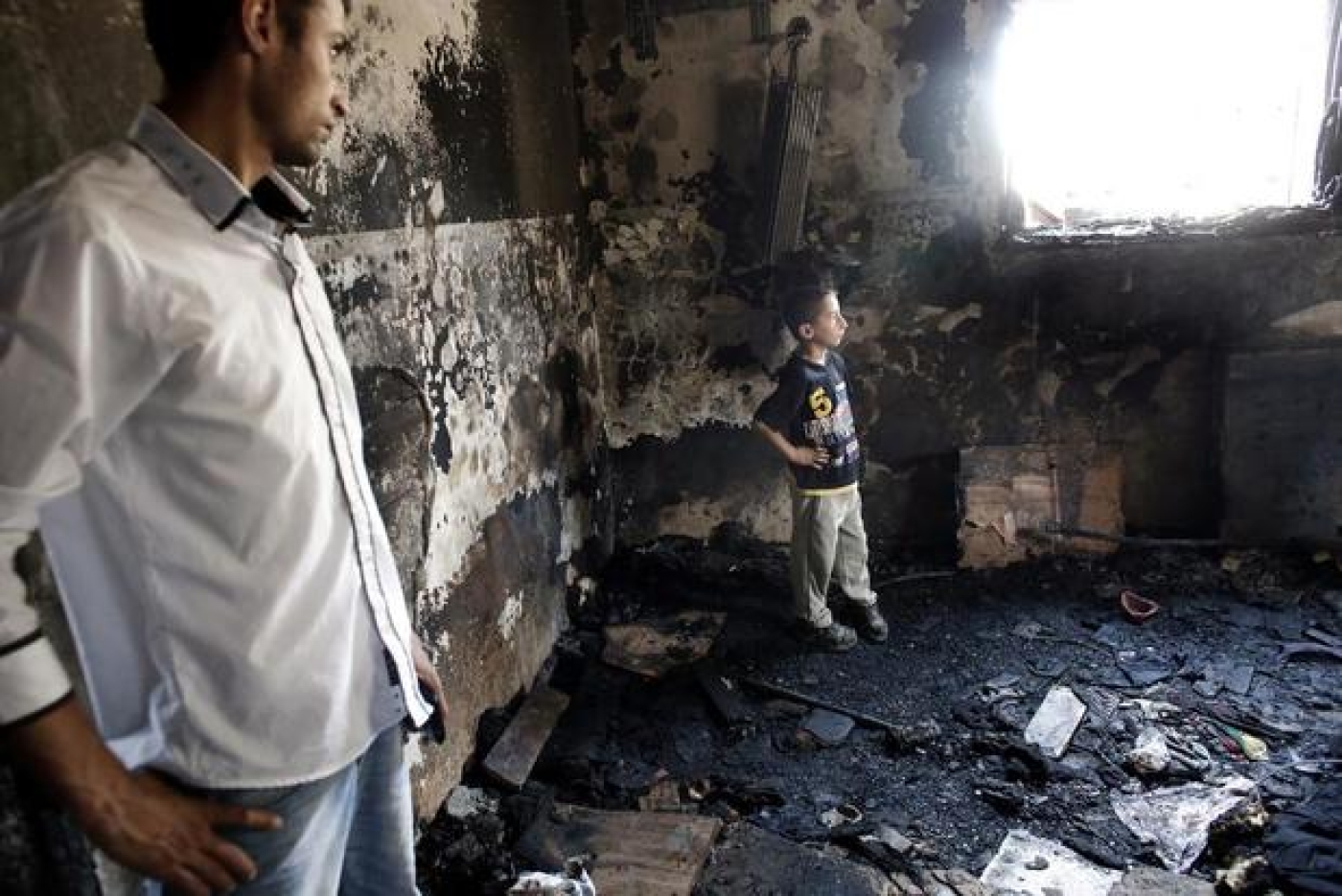 The indictments filed this week in the case of the murder of the Dawabshe family were meant to send the message that no one is above the law, and that the Israeli state will prosecute Jewish terrorists as vigorously and as successfully as it does Palestinian ones. Instead, the investigation and charge sheets raise more questions than answers, while human rights and equality before the law may actually have suffered rather than gained in their wake.

The original investigation involved at least six “administrative” arrests - that is, detention without trial or right to counsel. This tactic is widely used against Palestinians in the occupied territories, where it can be issued by any military commander and is subject to considerably less scrutiny, but has begun to “spill over” into sovereign Israel as well, on the direct order of Defence Minister Moshe Yaalon.

Three right-wing activists were detained in August 2015, and three more in December. These latter three were denied access to lawyers for weeks, amid consistent accusations of physical and psychological abuse amounting to torture. Responses by the internal security service, the Shin Bet, seem to corroborate the suspicions; instead of flatly denying application of physical force, the agency insisted the investigation was aimed at preventing future attacks and was run according to the usual professional and legal standards in such cases. This phrasing - the so-called “ticking bomb” pretext - is frequently used to sidestep the prohibition on torture imposed by the Supreme Court in 1999.

In the end, of the six detainees, two were accused of involvement in the Duma attack; two were accused of a spate of politically motivated vandalism and arson incidents over the past two years; and two were released, with one set to be charged of assaulting a Palestinian shepherd in 2014.

Attacks by Jewish civilians against Palestinians are not new, especially since the emergence of “price tag” - part-movement, part-style of attacks designed to elicit a “price” from Palestinians for actions by other Palestinians or by Israeli authorities against settlers. At least a few such incidents occur every month, usually in the form of vandalism or in attempts by settlers to push Palestinians away from fields, orchards or grazing grounds. On some occasions, Israeli army officers perceived to be too sympathetic to the Palestinians have also been attacked.

But the Duma attack was different on two crucial aspects.

First, there was the sheer brutality and scope of the attack. Despite the frequency of “grassroots” Jewish attacks, deaths are relatively rare. The previous deadly incident was a year before, when right-wing Israeli Jews kidnapped and murdered Palestinian teenager Mohammed Abu Khdeir. While the Abu Khdeir murder also shocked Israelis into condemnation and Israeli law enforcement into action, the Duma attack claimed three lives, and the story of the victims - young parents and their baby son burned alive, another son - a toddler - severely wounded - makes this the worst such attack in recent memory.

Second, there was the clear ideological and political framing of the attack. The Abu Khdeir murder was a spontaneous gang-like assault on the first available victim by several teens and a young adult. They attempted to cover up the crime, and, while politically motivated, did not seek to drive home a particular political point - their main objective was revenge.

In Duma, by contrast, the crime scene featured the characteristic sectarian graffiti of the price tag attacks, and the entire act - infiltrating a Palestinian village soon after an Israeli was gunned down nearby, and burning down a house with its occupants inside - was designed to send a message to Palestinians and to the Israeli authorities alike: if you won’t stop Palestinian violence, we will, and this is what it’s going to look like.

It was not only a message of indiscriminate retaliation against utterly uninvolved civilians, but a challenge to the Israeli state in its monopoly on lethal violence - and it was this challenge, as much as the odiousness of the attacks, that spurred Israeli authorities into action.

That action, however, looks likely to create as many troubles as it will solve. According to the charge sheet, the Duma attack was planned by Amiram Ben Uliel, 21, and an unnamed teenager. The teenager allegedly surveyed the village and chose the target, and agreed to meet Ben Uliel at a certain place and join him in the attack.

In the end, however, the teenager stayed behind, and Ben Uliel entered the village alone, spraying graffiti and throwing Molotov cocktails into the windows of two houses. One house was empty; the other was the Dawabshe family home. Consequently, Ben Uliel is accused of murder, and the teenager of conspiracy to murder. If convicted, Ben Uliel can look forward to a triple life sentence.

But this version of events is deeply problematic. To start with, it does not align with eyewitness testimony. A relative of the family who was first on the scene of the attack described to Haaretz newspaper seeing two masked men standing above the burning Dawabshe parents, Saad and Riham. A call made soon after the attack to an Israeli civilian security hotline - originating, according to Shin Bet, from Duma - described several settlers departing the village toward the nearby settlement of Adei Ad. A few minutes later, a security officer in a neighbouring settlement, Ali, reported five settlers exiting a vehicle and heading toward another Palestinian village, Sinjil. The report said that they could be linked to the attack in Duma. And earlier estimates by graphology experts, as reported by Ynet, concluded that the two graffitied messages found at the scene of the attack were not written by the same person.

In fact, despite claims to some forensic evidence - such as a shoe print allegedly matching a pair of shoes owned by Ben Uliel - the indictment appears to rely overwhelmingly on his own confession. His lawyers are already stressing the point that the confession was forced, and therefore inadmissible; if the court agrees, the entire indictment will fall apart.

Beyond this practical point, however, the investigation is bad news for everyone concerned with human rights in Israel-Palestine. For decades, activists, writers and journalists protested torture and indefinite detention of Palestinians, not only because they were inflicted by an occupying regime but because they were brutal, immoral, blatantly illegal under international law, doing a disservice to the justice and security they were ostensibly meant to pursue.

At the end of the day, we now have more human rights violations, not less; more victims of state brutality, not less; and because information given under torture has been universally recognised as unreliable, more uncertainty about who was responsible for that brutal attack, not less. The fact that Jewish extremists are now also liable for the same treatment is not an indication of equality before the law; it is a grim parody of it.

Photo: A Palestinian man and a boy stand in a house burned down by Israeli settlers in the West Bank village of Duma, leading to the deaths of three people