The edge of death: In Gaza we are still reliving the 2014 war

Ghazal Othman
Ghazal Othman recalls huddling in a corridor with her family, listening to the names of Gaza’s martyrs on the radio - and wondering whether she would die next 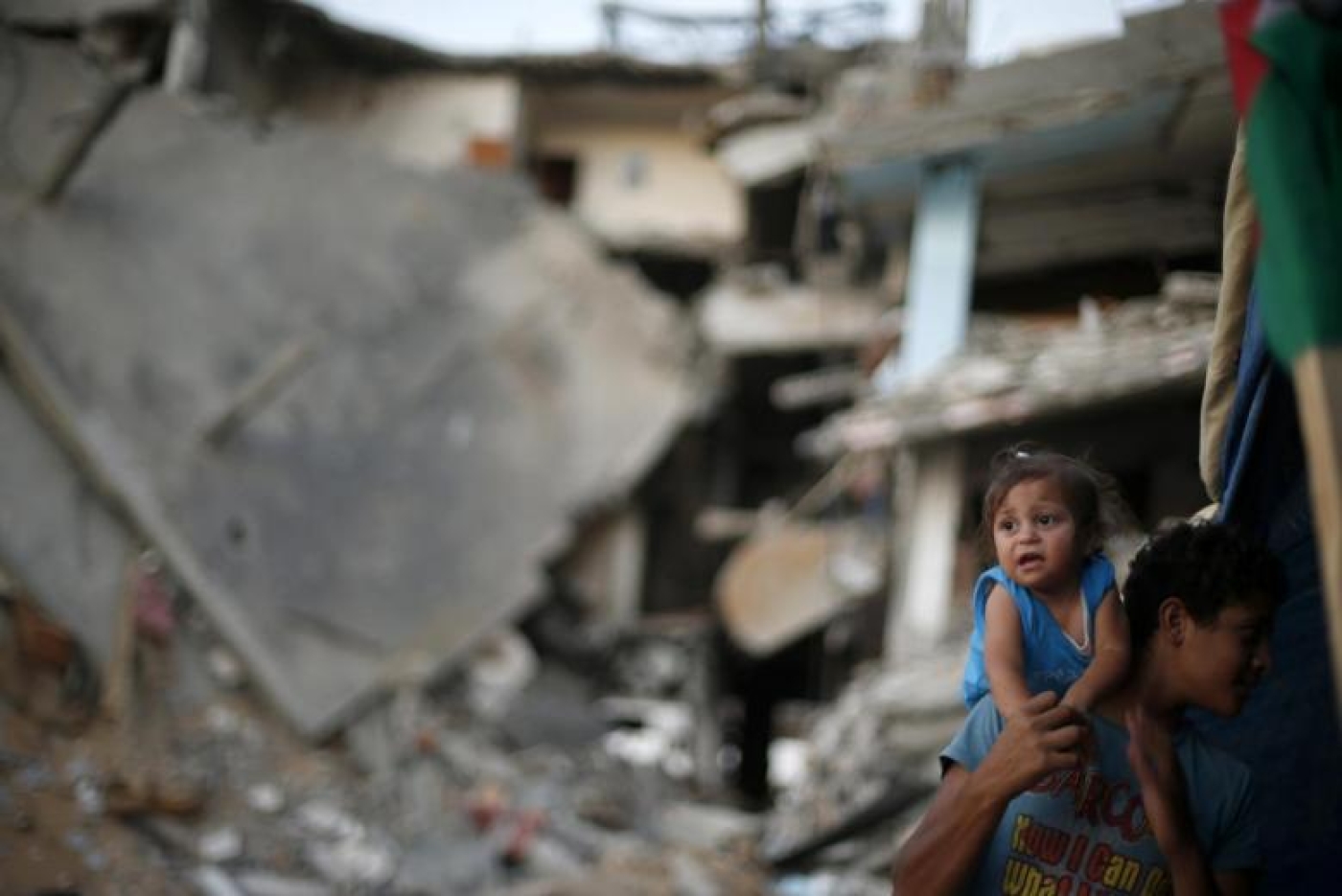 Four years have passed, and I still see everything as though it were happening now, the details nestled in my memory.

My memories are my constant companion. The date of 8 July 2014 has left a significant mark on Palestinians in Gaza - on our hearts, minds and bodies.

During 51 days of war, as the lines blurred between life and death, my nerves were broken as I contemplated unspeakable questions: Will all my family die? Will I be the only one left alive? Or am I the only one who will die? Who will die and who will stay alive?

Throughout the war, I hoped that my family and I would all either live together or die together. Death is not just the body ceasing to function or the mind ceasing to think; it is our spirits being taken from us and from our loved ones.

When I was younger, I did not truly understand death. I thought it was a faraway concept that could affect other people, but never my family.

The occupation took my mother from us, as the Israeli siege prevented her from travelling outside of Gaza to treat her kidney failure

I soon came to realise that it was closer than I believed, especially after my mother lost her life in 2008, before the first war on Gaza. I was just 13. The occupation took her from us, as the Israeli siege prevented her from travelling outside of Gaza to treat her kidney failure. My mother left this world and took so much beauty with her.

In a way, we were lucky to go through the war. It gave us a chance to imagine the imminent end of our lives, an opportunity that death may not provide to many people. We had time to express our love for all those we love, prepare ourselves for the end, and accomplish some things of importance to us.

The day the occupation began bombing residential towers was a crucial day - especially when al-Zafer tower, just 100 metres from our home, was hit.

This compelled my father to gather us all and say: “I have been very hesitant to tell you this, but the possibilities running through my mind have forced me to this moment. I want whoever remains alive to keep the beautiful image of our family at the forefront, and to stay strong, whatever happens. We have put our money in this bag; whoever remains alive can take it and keep on living.”

He then asked us to collect all of our important papers, such as IDs and certificates, and put them in bags near the door in preparation for a potential evacuation order.

In war, anyone who tells you that there is a safe place where you can take shelter is lying. As a large family of 12, we spent 51 days eating and sleeping in a narrow corridor in our home, on the basis that it was the safest place in our house - and if our house was bombed, at least we would all be together.

It was very hard to go to the kitchen or even the bathroom. When I was going to the bathroom, I had to keep the door open while my family waited outside. We also suffered from continuous cuts of electricity and water, and could only buy food, drinks and medicine at times of ceasefire.

What really worried me was my two younger sisters, then only one and three years old. We were all pretending to be very strong for them, but it was draining all our energy.

The Shujayea massacre was one of the worst days we experienced. Many bodies were thrown in the street until the Red Cross asked for a humanitarian truce for a couple of hours to remove them. Thousands of people fled, some on foot, some crammed into trucks. Al-Shifa hospital and UN-administered schools eventually became shelters for these displaced families.

When I remember those days, I feel exactly as I did back then. I recall sitting in the narrow corridor listening to the news, our nerves burning between reports of an imminent end to the war and reports contradicting that. Most painful was hearing the names of the martyrs, making me wondering who would be next; would it be me or one of my family members?

I now wonder how the next war will be. I hope there will not be another war, because this time, my family will not be together in the same place. One of my sisters is studying in the West Bank and two others are married, each living in a different place. Who may die? Who may survive? I'm always scared, always ready for it.

- Ghazal Othman is an accountant at Mobile Zone in Gaza, and a freelance translator.

Photo: A Palestinian boy holds his sister near the rubble of their home, destroyed in the 2014 Gaza war (Reuters)