Failure to remove arms embargo is major setback for Iran

Mahan Abedin
The nuclear deal may be a triumph for Iran’s diplomats, but the military is left demoralised by the failure to achieve sanctions relief in the arms sector 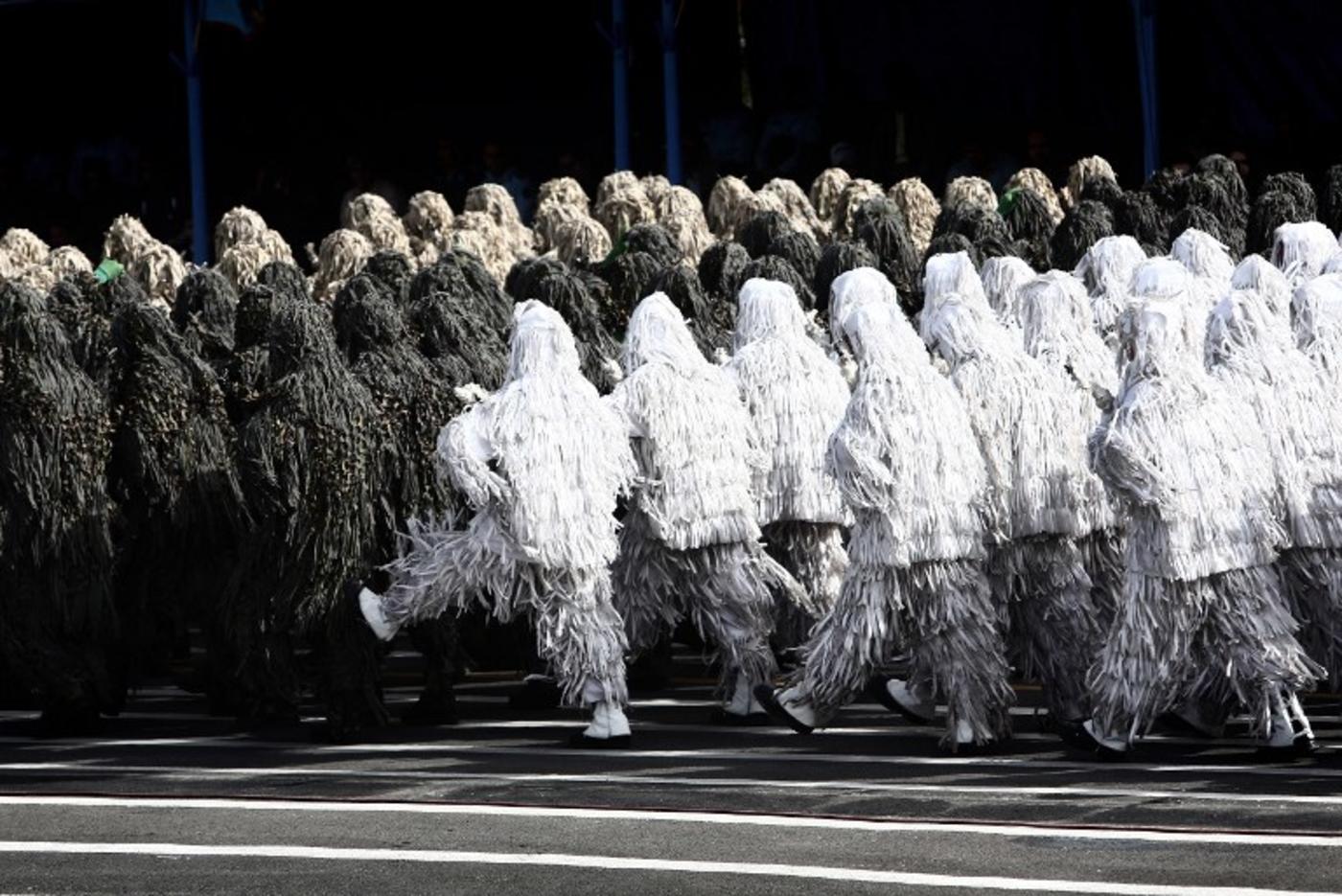 As Iranians celebrate the nuclear agreement which promises to end punishing economic and financial sanctions, behind the scenes in Tehran key institutions, many are left reeling from the inadequacy of the deal.

While the full details of the agreement are not yet known, it is clear that some of Iran’s declared red lines have been breached. This is especially the case in the military sector where Iranian negotiators – guided by Iran’s leader Ayatollah Khamenei – had ruled out any inspection of military sites.

At this early stage, it appears that military sites are not exempt from inspection by the International Atomic Energy Agency (IAEA), but Iran apparently has the right to challenge inspection requests on a case-by-case basis.

Moreover, the IAEA appears intent on pursuing investigations into past activities with a view to developing exhaustive knowledge on the full extent of Iran’s nuclear-related activities over the past three decades. This is yet another breach of Iran’s red lines, as it will likely necessitate long and intrusive interviews with key scientists and officials at the heart of the Iranian nuclear programme.

But the biggest failure is the continuity of the arms embargo which has for decades deprived the Iranian military establishment of consistent access to modern supplies and technology.

The failure to remove military-related sanctions means that Iran’s posture in the region will remain unchanged for the foreseeable future and the Islamic Republic will continue to rely on resourceful diplomacy and ideological outreach to achieve its foreign policy aims.

By all credible accounts, Iran’s armed forces are in poor shape in terms of equipment and arms. Even though the country spends three percent of its GDP on the defence budget (around $12 billion), much of the money is spent on personnel and the maintenance of bloated military organisations.

Iran’s defence budget is dwarfed by its two regional adversaries, Israel and Saudi Arabia. The latter will spend nearly $50 billion on defence this year alone and is set to become the world’s fifth largest military spender by 2020.

Even the tiny United Arab Emirates has a bigger defence budget than Iran and, according to London-based IHS Jane’s, the UAE is set to become the world’s third biggest defence importer by end of 2015.

The exhaustive Iran-Iraq War of the 1980s depleted Iran’s conventional forces and, more than a quarter century later, Iranian forces still haven’t sufficiently recovered in terms of replenishing equipment and modernising their structures and doctrines.

The problem of supply and maintenance is compounded by the fact that all three military services were originally equipped and trained by the West, in particular the US. This is especially the case with the Iranian air force which continues to operate a decrepit fleet of F4, F5 and F14s that were supplied by the US 40 years ago.

Even though some Russian supplies – in the form of the MIG 29 and SU 24 – were acquired in 1989-1990, the bulk of Iran’s fighting air fleet is still comprised by the acquisitions from the US.

This has raised profound maintenance-related difficulties as sanctions have prevented Iran from accessing the legitimate arms market to acquire spare parts and supplies to keep the air fleet operational. This has forced Iran to develop a global clandestine network to acquire spare parts with the help of shady middle men, often at vastly inflated prices.

At a strategic level, the inability to access the international arms markets has forced the Iranian armed forces to undertake two credible albeit costly ventures.

Second, the Iranians have tried hard to develop an indigenous conventional arms industry and showcase their products and achievements regularly. While some breakthroughs may have been secured in this field, the fact is the quality of Iranian-made weapons systems is not independently verified.

Furthermore, apart from rudimentary technology and weapons supplied to pro-Iranian paramilitary groups across the region, Iranian-made weapons systems and arms have not been tested in battle.

The key question is to what extent the nuclear deal can potentially alter Iran’s military posture and doctrine and broader foreign policy. Much depends on not only the substance of the agreement but also the extent to which it is faithfully implemented.

If, for example, a strict arms embargo is duly maintained for another five years, then the dynamics driving Iranian military posturing and planning will remain largely unaltered. However, if there is a gradual easing of restrictions, then that might trigger a corresponding change in Iranian behaviour.

The Iranian military establishment, notably the IRGC, lobbied hard for Iranian nuclear negotiators to place the removal of arms-related sanctions as an essential condition. The negotiators apparent failure to achieve this outcome means that appearances notwithstanding, the IRGC is deeply unhappy with the agreement.

While it appears the Vienna agreement does not change Iran’s status as a nuclear threshold state, the fact remains that the IRGC cannot opt for a breakout for at least 10-15 years.

Despite absence of evidence of a military dimension to Iran’s nuclear programme, nevertheless the threat of a breakout was a key IRGC psychological warfare tactic deployed to achieve strategic equilibrium with the Islamic Republic’s deadliest foes, notably Israel.

This threat has now been removed and the inability to compensate in the conventional arms sphere (due to the persistence of sanctions) means that the Islamic Republic’s regional clout will diminish, at least in the short term.

This will have internal and external repercussions. Internally, the Rouhani administration faces an uphill battle to convince the military establishment of the merits of the agreement. Externally, tensions may rise across the region as the IRGC steps up its expeditionary activities to compensate for its strategic loss.

Photo: Iranian soldiers in full camouflage march during the Army Day parade in Tehran on 18 April. Amid rising tension between Iran and Saudi Arabia, Iranian President Hassan Rouhani said that Iran's military is purely for defence and should not be seen as an aggressive threat in the Middle East (AFP)