Fatah conference: The beginning of a change for Palestine or a deepening of the crisis? 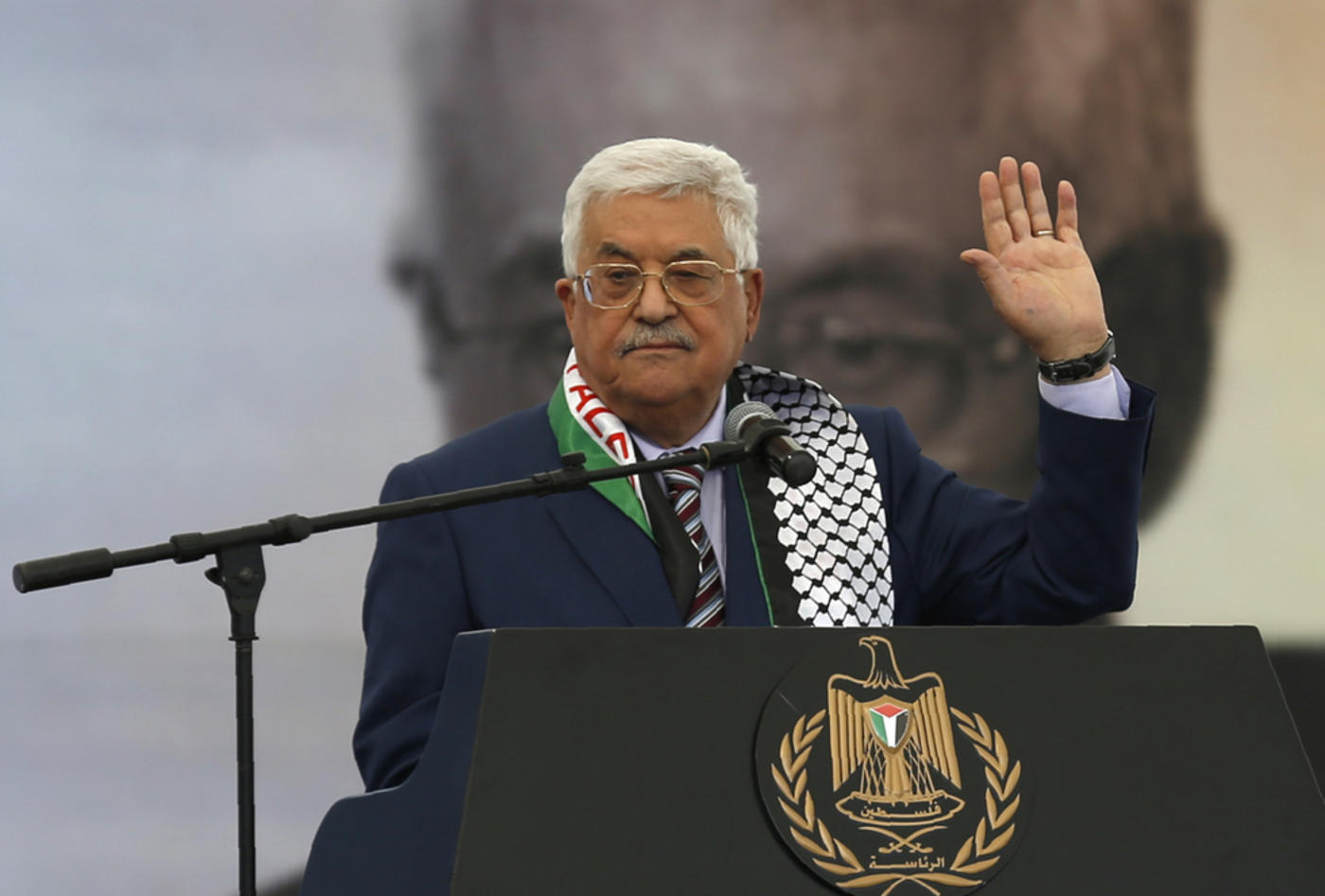 The Palestinian question is passing through a dangerous phase as a result of the continuing and deepening divisions among the political factions.

These divisions are deepening horizontally as well as vertically, with the continuing loss of direction that emanates from the dead-end strategies and the lack of content and courage that are necessary for the adoption of a new strategy.

What is the value of the conferences if their main theme is not about discussing the condition of the national cause, how it can be salvaged, where do we want to get to and how can we accomplish what we want?

What has added to the sharpness of the turning point is that fact that the two big factions in the Palestinian arena, Fatah and Hamas, are in a transitional period. Fatah is convening its seventh conference on the 29th of this month.

The most likely outcome of this gathering is that President Mahmoud Abbas will remain in office and his mandate as president will be extended, which will of course mean that his approach will continue and that the return of his leading rival, Mohammad Dahlan, to Fatah and the territories will be blocked in spite of the pressure exercised by the Arab Quartet (the UN, US, European Union and Russia).

The other less likely outcome is that the president will decide to hand over the leadership and give a new Fatah president a chance. This would in turn open the road before a brief transition period during which there will be elections for president of the Palestinian Authority and chairman of the PLO. It might be the case that powers will be distributed so as to allow one leader for Fatah, another for the PA, and a third for the PLO.

On the other side, Hamas will conduct an election at the beginning of next year in order to choose a successor to Khaled Meshaal. The identity and the programme of the successor will determine which direction Hamas will head: to giving more priority to acting as an integral part of the Palestinian national movement over considering itself to be an extension of the Muslim Brotherhood movement, or toward extremism and excommunication of its enemies (takfir).

What augments the difficulty of the situation is that the Arab conditions are in their worst ever state. In the meantime, the region and the world are preoccupied with other issues and priorities than the Palestinian question.

The election of Donald Trump as president of the United States has added salt to the wound. In his message to Israel after his election victory, Trump called it the only beacon of hope and democracy in the Middle East. During his election campaign he called for moving the American embassy from Tel Aviv to Jerusalem. He believes that the solution lies in bilateral negotiations without intervention from anyone. He also said that settlements were legitimate and that they did not constitute an obstacle in the face of peace. But he does not support the establishment of a “terrorist” Palestinian state.

Such a change in the leadership of the biggest superpower in the world will, at the least, give a green light to the extreme Israeli government to do what it wants. This is happening as Israel is entering what has been termed “the third republic”, which started in 2009 after the right and the religious far right took power and (re)adopted the plan to establish “greater Israel” by means of the ongoing, yet officially unannounced, annexation of Palestinian territories. This has become evident from the fact that the number of settlers in the West Bank has reached nearly 800,000, more than 350,000 of them are in East Jerusalem, amid publicly announced plans to raise the number to one million settlers in a few years.

A great deal depends on what goes on inside the Fatah conference. Will the president endeavour to turn the conference into a tent that provides room for all the leaders and camps within Fatah, or will he proceed with the policy of settling scores, which he started with Dahlan and may very well continue so as to target others? Should the latter be the case, Fatah may witness an unprecedented vertical division. Or will the president be content with excommunicating Dahlan and his group but appease the other leaders by means of reserving them seats on the central committee and the Revolutionary Council?

Will the president endeavour to turn the conference into a tent that provides room for all the leaders and camps within Fatah, or will he proceed with the policy of settling scores

Will the Fatah conference elect a vice president or not? This is an important question. And who will it be? This is the more important question. Should the president choose a person who is not up to the job and who is not capable of replacing him once he is absent, it would be as if he did nothing. Rather, it would seem as if he exacerbated the situation and made it much worse.

Will the conference discuss distributing the responsibilities held by the president after he is gone, so that there would be a president for Fatah, another for the authority and a third for the PLO? If such a measure is taken without being part of a renaissance of the PLO as an institution, and if it happens without a new vision and new strategy, it would amount to a jump into the unknown and could lead to fragmenting of the centres of power and concentrating them in the hands of several individuals. This could result in pulverising of the PA.

The worst development at the moment is the decision to leave the formulation of the political programme, which is supposed to be the foundation of the conference, to a committee which is deliberating alone, without discussions in the provincial conferences or a deep dialogue and serious study to learn from the period from the 1993 Oslo agreement until today.

What is the value of the conferences if their main theme is not about discussing the condition of the national cause, how it can be salvaged, where do we stand, where do we want to get to and how can we accomplish what we want? Without such discussion, the conference will just be a battle over the division of shares and gains on the basis of re-producing exactly the same political approach.

This would still be the case even if the concluding communique of the conference were to include strongly worded sentences of the type that continue to be repeated year after year. Such statements are meaningless unless the conference is able do the following: define the relationship with Israel as one with an occupier and not with a peace partner; suspending security coordination, stating that recognising Israel should not be free of charge, and stressing that Palestinians will not remain in this condition for ever.

All these sentences will be empty and will only be for public consumption if they do not spring from profound conviction of the necessity of changing the course that has been pursued since Oslo.

The first and foremost criterion for judging the seriousness of the Palestinian leadership is its position regarding the issue of division. Will it remain deadlocked in the cycle of blame and counter blame that shrouds the position of both sides? Each side has shown keenness to end the division and restore unity but according to its own interests and under its own leadership.

It will be impossible to initiate a comprehensive national dialogue, to revive the national liberation cause and restore the national project without closing the door on bilateral negotiations sponsored by the Americans

So far, the president has not shown the minimum requirements needed for the success of the efforts aimed at ending the division between the factions. Instead, he has been heading in the direction of deepening the divisions, namely with the call for convening the old Palestine National Council without consultation and without forming a preparatory committee, not even with his own partners in the PLO. He announced through the media that the PNC would convene one month after the Fatah conference.

Going ahead with this call without participation from the rest of the factions, within and outside the PLO, and without expanding representation inside the Palestine National Council to include the youth, women and the representatives of civil society institutions, especially in light of the deteriorating Palestinian relations with the Arab Quartet, will not constitute a solution. It will only take us back to square one and turn the PLO into a faction and a party. In this case it would cease to be the sole legitimate representative of the Palestinian people as it used to be and as it should remain.

Unifying is not optional

The alternative is obvious. It begins with profound conviction that national unity and organising the management of disputes is a national necessity and not just one of the options. Without this, it will be impossible to accomplish anything that is in the interest of the Palestinians, whether in terms of peace or in terms of war.

Similarly, it will be impossible to initiate a comprehensive national dialogue, to revive the national liberation cause and restore the national project without closing the door on bilateral negotiations sponsored by the Americans or by some other international forum.

This revival must emanate from a conviction that it is impossible to accomplish the minimum level of Palestinian rights without serious and dedicated work to change the balance of power and force Israel to pay a heavy price for its aggressive, racist policy and for its occupation.

Then comes rebuilding the PLO (and not reforming it because reform is neither sufficient nor attainable) so as to include the various colours of the political and social spectrum. This should be done on national and democratic foundations, through concord and real participation. After that comes the task of reconsidering the shape of the PA as well as its nature, functions and commitments. This will require the gradual dismantling of the Oslo structures and the transfer of the political tasks to the newly refounded PLO and thereby ending its current status as an agent of the occupation.

- Hani Al-Masri is Director General of Masarat, the Palestinian Center for Policy Research and Strategic Studies. He founded and was director general of the Palestinian Media, Research and Studies Centre, Badael, between 2005 and 2011. He has published hundreds of articles, research and policy papers in Palestinian and Arab magazines and newspapers including Al-Ayyam and Al-Safir. He previously served as general manager of the publication department at the Ministry of Information and as a member of the Commission of Dialogue held in Cairo in 2009. He is a member of the board of trustees at the Yasser Arafat Foundation.

Image: Palestinian president Mahmud Abbas gestures as he gives a speech during a rally marking the 12th anniversary of the death of late Palestinian leader Yasser Arafat in the West Bank city of Ramallah on November 10, 2016. (AFP)