Fighting for survival in the Sinai: Egypt’s convenient war

Ramzy Baroud
As long as Cairo continues to use its inhabitants as a platform for political opportunities to be exploited, Sisi’s promised campaign of more security solutions will hardly ease Sinai’s burden 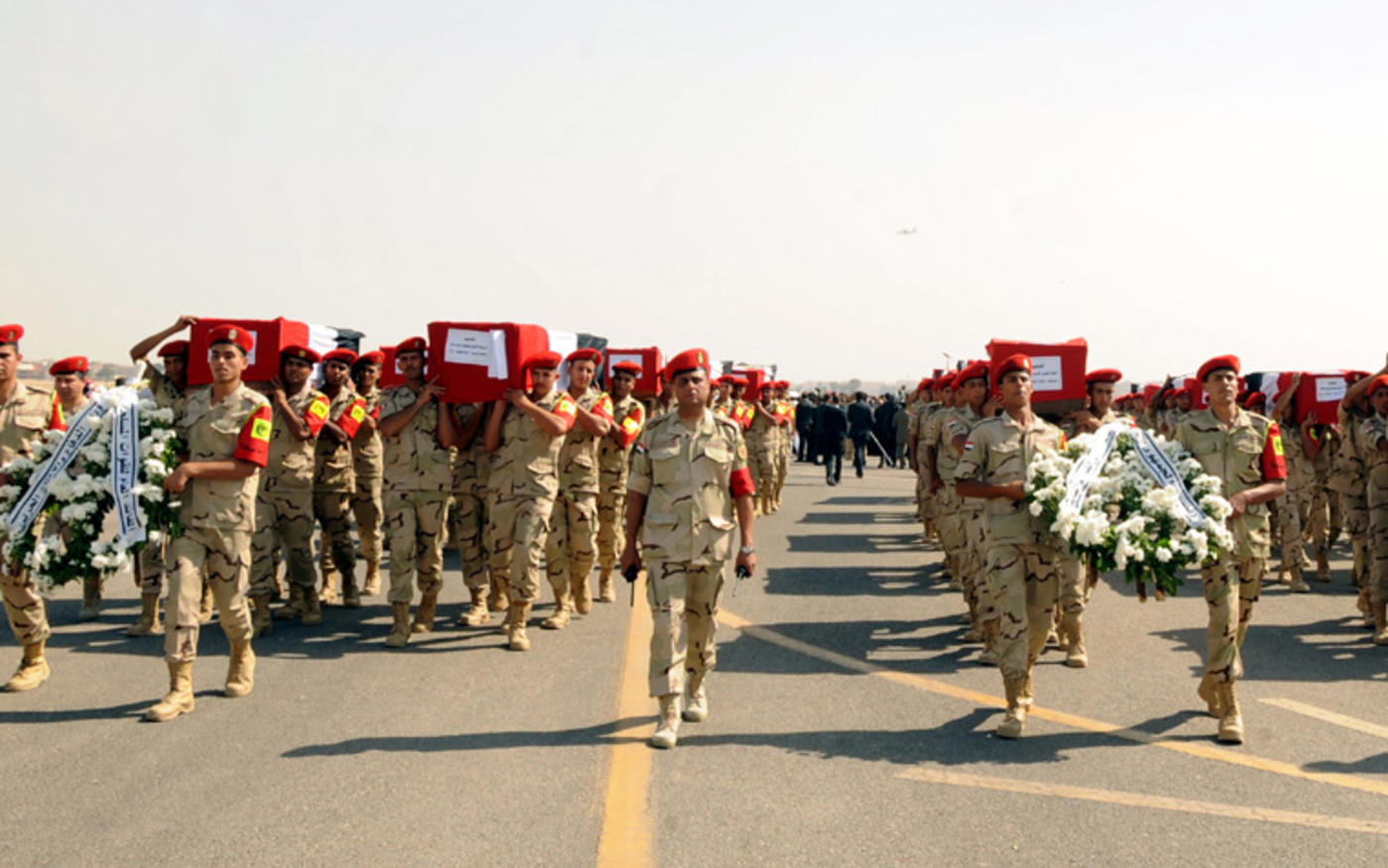 Sinai is both heaven and hell. This triangular desert boasts an arid landscape of hopeless horizons often interrupted by leftover military hardware from previous wars. The land is comprised of breathtaking beaches, incredible history, and a fusion of fascinating cultures that reach back into the past as far as ancient times can possibly go. This thrilling land of contradictions is amazing, yet lethal.

But Sinai is also a place where hundreds of thousands of mostly poor people struggle to survive against incredible odds. Although poverty and illiteracy in Egypt can reach exceptional heights, hardship in Sinai is especially worse.

Since Israel returned the last of Sinai territories to Egypt in 1982, I visited the place nearly ten times, the last being two years ago. And each time, the situation seemed considerably worse.

There was once a time when Sinai thrived in hope; that’s when much of Sinai was being reclaimed by Egypt, one piece at a time. Israel bargained every step of the way, before it finally left Taba, but not before having gained many conditions. It even placed limits on the number of Egyptian soldiers that could be simultaneously stationed in Sinai at a given time. Since then, the desert the size of 60,000 sq km has been impossible to control.

Not that Sinai - perceived as unruly and ungovernable land, rife with drug dealers, kidnappers, and, as of late of "jihadists" and "terrorists" – needs more military force. Violence in Sinai often goes unreported. The area is almost vacant of any independent journalists. News of killings, arrests, torture and a whole host of human rights violations arrive in bits and pieces, hardly ever followed by informed investigations. Few, if any are ever held accountable.

But violence emerging from Sinai itself, however predicable, considering the level of misery, destitution and poverty, is often extenuated by the media and exploited by Cairo to the maximum. The overall nature of violence in Sinai remains a mystery, and not by accident. The explanation is almost always politically motivated, followed by pre-calculated moves to blame certain parties and punish others. This is unlikely to change soon.

Following well-coordinated attacks that killed scores of security personnel in northeast Sinai on Friday, 24 October, President Abdel Fattah al-Sisi addressed Egyptians in a televised speech as he was surrounded by a throng of men in military fatigues. Even before any thorough investigation, or any clear evidence, he denounced the “foreign hands” behind the attacks.

He took on the “foreign powers who are trying to break Egypt’s back,” vowing to fight extremism in a long-term campaign. Washington quickly offered its support for the proposed campaign. Even Palestinian Authority President Mahmoud Abbas declared his support.

Israeli media were particularly interested in the proposed Egyptian security measures. Radio Israel and the Jerusalem Post cited Egyptian media reports on 25 October, saying that “the government plans to establish a buffer zone along the Sinai frontier with the Hamas-ruled Gaza Strip.”

Hamas, which is struggling to cope with the aftermath of Israel’s massive 51-day war on the Strip and is working to end the siege, has no interest in carrying out bloody attacks on Egyptian soldiers that will prolong the suffering of Gazans and further alienate the movement.

The Post quoted Egypt’s Al-Yom a-Sab’a: “The Egyptian buffer will extend between 1.5 and 3 kilometres. The security forces will work to clear the area of underground tunnels leading to Gaza and it will also level any buildings and structures that could be used to conceal smuggling activity.

Other arbitrary actions are also expected to be taken which will further the isolation of Gaza. Is this why Mahmoud Abbas is particularly sympathetic to the ‘anti-terror’ measures initiated by Sisi?

If the intentions are truly to curb attacks in Sinai, knee-jerk military solutions will backfire. Past government violent campaigns only frustrated a difficult situation in Sinai, where poverty stands at 45 percent.

In his speech, Sisi called on Egyptians to “be aware of what is being hatched against us”. “All that is happening to us is known to us and we expected it and talked about it before 3 July,” he said, referring to the day the military overthrew Mohammed Morsi.

But Sinai turmoil has preceded the revolution, the election of Morsi, the coup and all the rest. The security vacuum that followed Egypt’s recent turmoil has indeed exasperated violence in the Sinai Peninsula, but that violence was rooted in a largely different political reality.

The deadly Sinai bombings of October 2004, and attack on tourists in April 2005, on Sharm el-Sheikh resort in the same year, and on Dahab in 2006, were all indicative of a different kind of war launched by militants and tribesmen. Sinai has been exploited by large multinationals who created perfectly serene communities for wealthy European and rich Arab tourists, but excluded the Bedouins, who had been promised major economic rewards. However, they got none.

The National Project for the Development of the Sinai was supposed to inject $20.5 billion into Sinai infrastructure between 1995 to 2017. That proved to be just hype; a mixture of unfinished projects and robust speeches. Sinai is only remembered in national celebrations to merely further highlight the might of the military that liberated it. And now, it’s demonised as a terrorist hub for the same reason.

After the final Israeli withdrawal from Sinai in 1982, the population of the Peninsula had to contend with issues pertaining to their group identity. Their tribal affiliations were too great to be discounted, but their eagerness to be included in the larger Egyptian society was euphoric. But Cairo did so little to bring Sinai’s population, especially the Bedouins, any closer. With time, disillusionment grew into resentment, and eventually violence. They are angry, and have every right to feel that way.

As long as Cairo continues to view Sinai with suspiscion and mistrust, using the desert and its inhabitants as a platform for political opportunities to be exploited, thus carrying out one violent campaign after another to reassert the relevance of the army, these sad episodes will continue. The people of Sinai have suffered tremendously from neglect and poverty and now, extreme violence. Sisi’s promised campaign of yet more security solutions, will hardly ease Sinai’s burden, or bring an iota of hope to its disheartened people.

Photo: A picture released by the Egyptian Presidency shows the funeral for 30 solders killed in the Sinai, at the Almaza military airbase in Cairo 25 October (AFP) 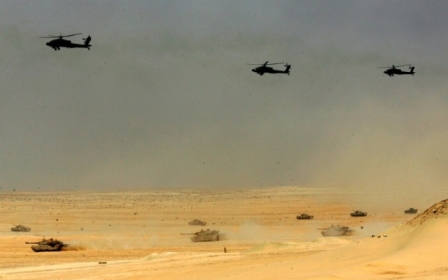