Food scarcity is fanning flames of ‘war on terror’ 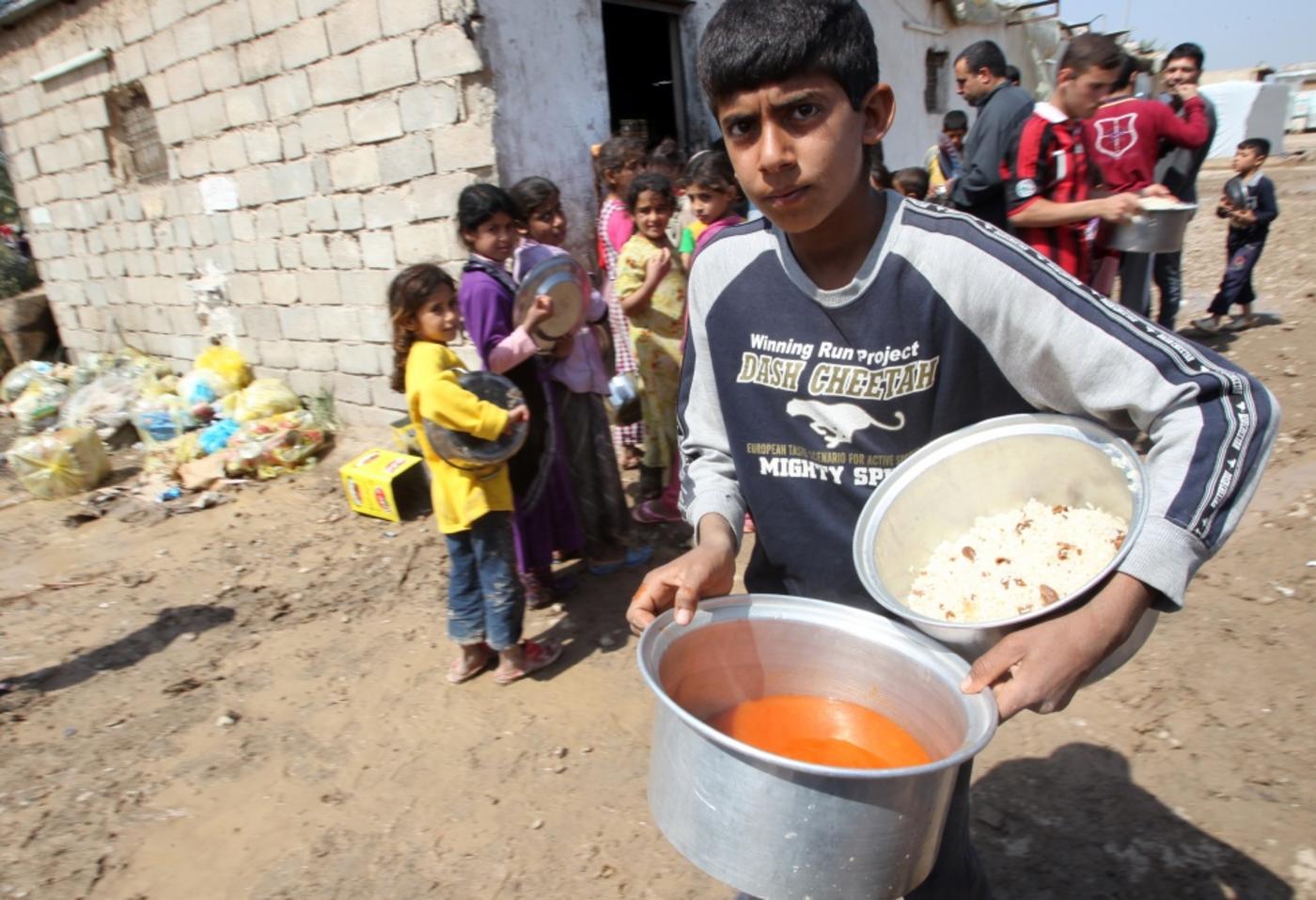 Of the 17 countries identified as being most at risk of food riots, 14 are Muslim-majority countries, and at least 10 are subject to ongoing US-led counterterrorism operations. This includes the countries where extremists linked to the “Islamic State,” al-Qaeda and Boko Haram are operating, namely Iraq, Syria, Yemen, Pakistan, Afghanistan, Libya and Nigeria.

Link between food shortages and violence

The peer-reviewed study, published last month in the journal Sustainability, builds on growing evidence that a lack of “access to critical resources, including food, energy and water, can, in certain circumstances, lead to violent demonstrations”.

The team led by researchers at the Global Sustainability Institute (GSI) at Anglia Ruskin University compares a range of indices of governance to determine how well they can be used to predict rioting and domestic conflict in fragile countries across the world. The most accurate, the research found, is the “political instability” score of the World Bank’s Worldwide Governance Indicators.

The study concluded that when the Food and Agricultural Organisation (FAO) food price index goes above 148, countries with the highest levels of fragility as defined by the World Bank’s indicators have a 36.7 percent risk of experiencing food riots. Because an upsurge in food prices can mean food is less affordable for the poor, price spikes often translate into effective scarcity for large numbers of economically marginalised people.

While food prices and state fragility are therefore critical indicators of the risk of social unrest, as study co-author Dr Aled Jones said, “other factors will play out in whether riots are seen and importantly what the impacts of those riots are – mainly government responses to those food price shocks”.

The research published by Sustainability is part of a wider research programme by GSI’s Global Resource Observatory whose aim is to “enable timely government and finance sector action on systemic risks given the interconnectivity of environmental, economic, geopolitical, societal and technological systems”.

Previous GSI research from 2013 extended the famous 1972 Limits to Growth model by the Club of Rome to account for a more complex range of interconnected factors, namely the role of households, firms, banks and government in the global economy, the food and the energy system, and supply shocks relating to these resources.

That report, whose lead author was Dr Jones, corroborated the conclusions of the original Limits to Growth model, but took them further, finding compelling evidence for “current resource constraints across a number of key sectors including oil, coal, natural gas, uranium, land, water, metals and food”.

These constraints mean that “the resources required to sustain the current level of economic growth may not be available over the next decades.” Coupled with political interventions in response to these issues, this “may limit global economic growth over the upcoming decades”.

What makes those findings particularly remarkable is that the research was commissioned by the Institute and Faculty of Actuaries, the UK’s official chartered professional regulatory body for financial risk analysts.

In other words, the recognition of imminent “limits to growth” due to the interplay between resource constraints and the economic system is not coming from hippy tree-hugging environmental activists, but is endorsed by hard-nosed experts whose job is precisely to assess the financial consequences of potential risks for businesses, governments and corporations.

The new GSI paper in Sustainability reveals that the impact of these resource constraints are not just likely to undermine continued global economic growth, but to destabilise countries that are already politically unstable, partly due to internal economic problems like rampant inequality, high unemployment, high rates of poverty, as well as political repression and other factors.

The price of scarcity

The same economic forces can exacerbate food price hikes in the context of climate-induced droughts, damaging harvests and the shift to more expensive fossil fuels like shale oil and gas.

The study confirms that food price hikes in particular play an especially critical role in triggering violent unrest, depending on local conditions.

“When the price of food goes above the threshold, countries have different likelihoods of food riots to occur within their borders and this depends on their political stability, as measured by the World Bank Governance Indicators,” explained Davide Natalini, lead author of the new study.

“Whether a country experiences food riots in response to higher food prices or not depends on many conditions,” sometimes called “the perfect storm,” he said. “What we know is that the countries that actually experienced food riots were very fragile and hence there were underlying conditions that escalated the crisis.”

Some of these conditions have been exacerbated by climate change and energy depletion. In Iraq, Syria, Yemen and Egypt, all of which have experienced internal violence, intensifying water scarcity due to global warming has dramatically undermined domestic agriculture, while the depletion of conventional oil and transition to more expensive unconventional fossil fuels has reduced state revenues from oil exports.

Ultimately, however, the way countries choose to respond to such conditions determines the final outcome. “If they are rich, then they’ll decide to subsidise the price of food, they can ban exports to make their internal market safe, and so on,” said Natalini, as is the case in Gulf states like Saudi Arabia, which has been able to sustain high domestic subsidies.

In contrast, in Egypt before 2011, the decline of state revenues due to domestic oil depletion, coupled with rocketing levels of government and public debt, meant that the state simply could not afford to sustain subsidies.

Egypt is among the 17 countries identified by the study as most at risk of food-related social unrest.

Most of these are Muslim-majority countries, which are already experiencing various forms of US-led military and intelligence operations related to counter-terrorism.

Twelve of these countries (indicated by*) are either home to strategically significant oil and gas resources, or sit along existing or potential pipeline routes for the transshipment of oil and gas, many of which are heavily contested.

The next group of countries, China, India and Russia, face a 17.8 percent risk of rioting, with the UK in the third group with a 5 percent risk.

The study also found that even self-sufficiency in food was not enough in itself to reduce the probability of food riots. The most important factor is political instability, in which case dramatic food price hikes can still be destabilising.

This suggests that the key trigger for civil unrest is the way in which sudden food price spikes can aggravate repressive social conditions and inflame perceptions of political grievance.

Food-related civil unrest, the study warns, is not exclusively linked to countries classified as “fragile” according to World Bank Governance Indicators. Even “relatively stable countries… can still experience (with a 5 percent likelihood) violent events (when global food prices are above the threshold)”.

Previously on MEE, I reported the alarming conclusions of a peer-reviewed study demonstrating the little-known role of growing water shortages in destabilising regional governments and escalating tribal, ethnic and sectarian violence.

The new GSI study is the first to provide strong evidence that much of violent unrest unfolding across the Middle East and North Africa – including the rapid advance of Islamist militant groups like the “Islamic State,” al-Qaeda in the Arabian Peninsula, al-Shabab, and Boko Haram – is also related to regional food insecurity.

Apart from the Sustainability study’s call for further research on the role of “energy security and resource availability” in catalysing violent events, its findings raise urgent questions about the extent to which deepening global systemic crises are at the root of the Middle East’s woes.

Short-sighted forms of military engagement associated with the “war on terror” have already played a key role in escalating rather than ameliorating political instability, from Iraq to Afghanistan and beyond. The new GSI research suggests that in today’s era of climate and energy volatility, leading to higher and more volatile global food prices, more of the same will continue to increase the risk of violence and terrorism.

Photo: A displaced Iraqi child carries food on 20 March, at a camp for internally displaced persons (IDP) in Baghdad (AFP) 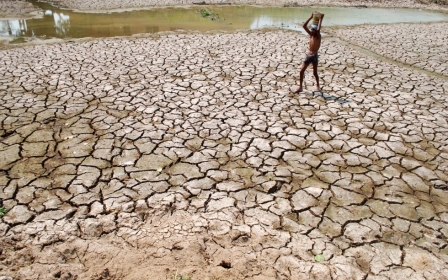 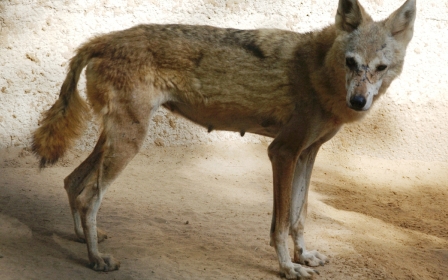 Environment
Conservation in conflict: Advancement and the Arabian wolf 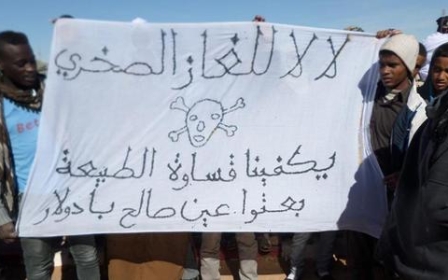