Four ways the West got the Iran nuclear issue wrong 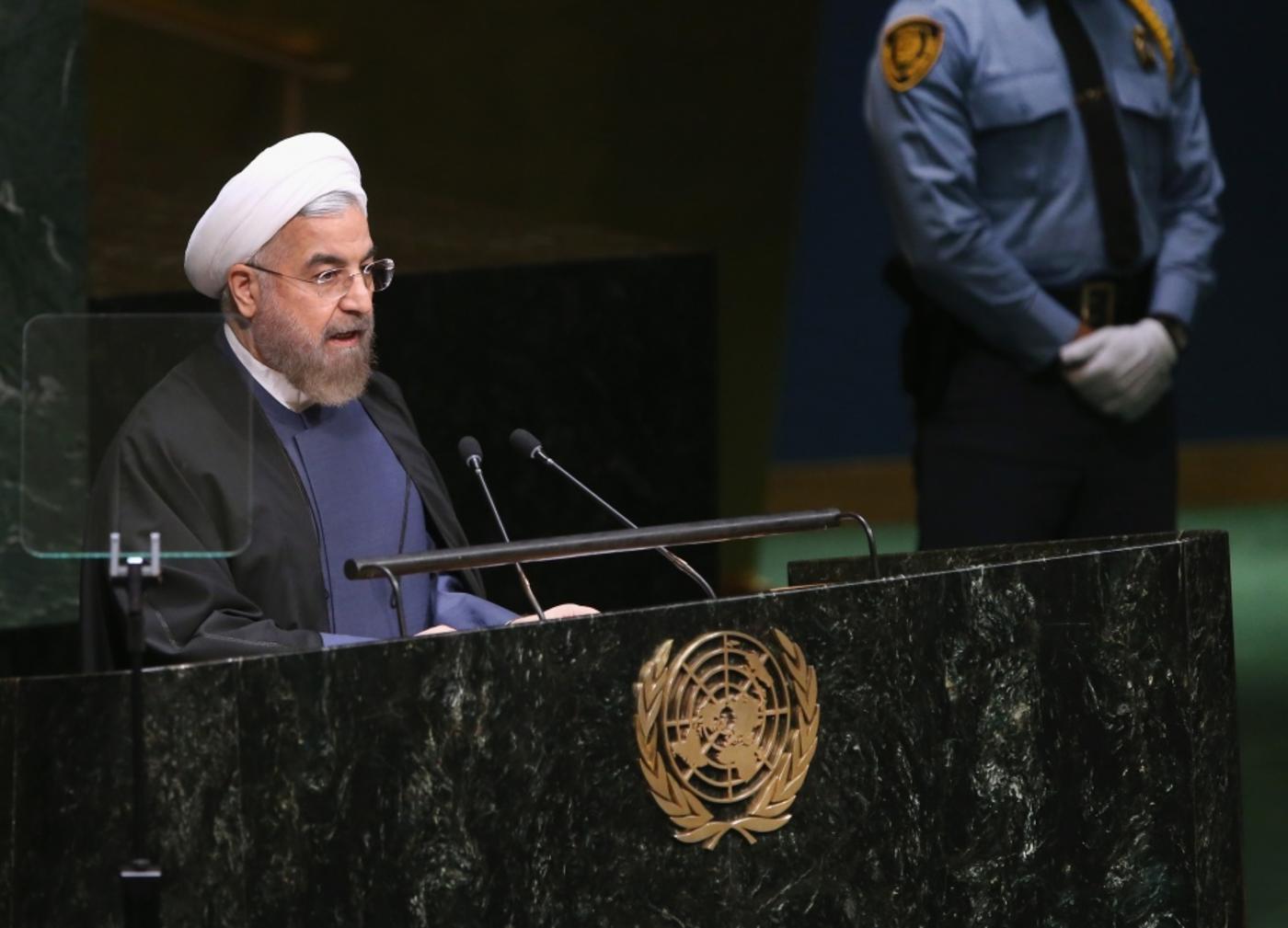 For more than three decades, the United States and its European allies have committed one fundamental error after another in the process of creating a commonly held narrative that Iran was secretly pursuing a nuclear weapons programme. The story of how suspicions of the Iranian programme hardened into convictions is a cautionary tale of political and institutional interests systematically distorting the judgments of both policymakers and intelligence analysts.

Too many of these basic errors have been committed along the way to cover them all in a single article. But four major failures of policymaking and intelligence represent the broad outlines of this systematic problem.

1.  Denial of Iranian rights, followed by denial of the truth

The first failure, which set in train all the others, involved the US trying to strangle the nuclear programme of the Islamic Republic in its cradle and then blithely acting as though it bore no responsibility for the resulting shift in Iranian nuclear policy. It all started with a decision by the Reagan administration early in the Iran-Iraq war in 1983 to put diplomatic pressure on its allies to stop all nuclear cooperation with Iran. France was pressed to forbid a French-based multilateral consortium from providing the nuclear fuel that Iran had counted on for its lone nuclear reactor at Bushehr.

The US State Department acknowledged at the time that it had no evidence that Iran was working on or even wanted nuclear weapons. That US effort to choke off any nuclear assistance to Iran thus represented an extremely serious violation of the Non-Proliferation Treaty, which guaranteed Iran’s right to peaceful nuclear technology.

Not surprisingly Iran responded to that US denial of its nuclear rights by defying US wishes and acquiring the technology to enrich uranium for nuclear fuel itself on the black market and later through negotiations with China and Russia. US aggressiveness toward Iran’s nuclear programme had backfired.

But instead of recognising that it had made a serious error, Washington compounded the original policy blunder by treating the Iranian response as prima facie evidence of nuclear weapons intent. In 1995 Secretary of State Warren Christopher, in the course of explaining an order by President Bill Clinton banning all US trade and investment in Iran, accused Iran of having an “organised structure dedicated to acquiring and developing nuclear weapons.” That was an obvious reference to the Iranian efforts to acquire centrifuge and other enrichment technology. The Clinton administration thus acted as though there was no relationship between Iran’s interest in obtaining gas centrifuge technology and the US denial policy that preceded it.

The CIA and other Western intelligence agencies began to drift away from reality on the Iran nuclear issue in the early 1990s, when Western intelligence agencies were gleefully poring over intercepted telexes from Sharif University in Tehran seeking various “dual use” technologies - those that could be used either for a nuclear programme or for non-nuclear applications. They had found that the telex number on many of the messages was that of the Physics Research Centre, which was known to do research for the Iranian defence ministry. That was enough to convince them that Iran was pursuing a covert nuclear weapons programme.

The telexes ultimately turned out to be false positives, however.  In late 2007 and early 2008, Iran turned over detailed documentation showing that every one of the “dual use” procurement items sought in those telexes had been requested by various faculties of Sharif University for faculty and student research. And the Physics Research Centre’s telex number was on the telexes because the former head of the organisation was teaching at the university and had been asked to help in the procurement of the items. The intelligence analysts had wrongly interpreted the inherently ambiguous “dual use” evidence as confirming pre-existing suspicions of Iran’s intentions.

That analytical failure was a template for a series of four intelligence assessments of the Iranian nuclear programme by the CIA’s Nonproliferation Center and later by the US intelligence community as a whole that falsely concluded that Iran had an active nuclear weapons development programme as of the time of the assessment. That string of false positives raises serious questions about the 2007 US national intelligence estimate by a team of analysts that had just repeated the same mistake in a draft estimate only a few months earlier.

3. Ignoring the Fatwa against chemical weapons

The belief of Western governments that Iran must have pursued nuclear weapons has been based on their ignorance of a pivotal historical episode that should have caused them to question that belief. During the eight-year Iran-Iraq war, Saddam’s troops attacked Iran with chemical weapons many times, killing 20,000 Iranians and severely injuring 100,000. Yet Iran never retaliated with its own chemical weapons, as Joost Hiltermann’s A Poisonous Affair, the authoritative source on chemical attacks in that war, has documented.

That fact poses a fundamental challenge to the Western narrative on the Iran nuclear issue, because there is no credible explanation for the Iranian failure to retaliate with chemical weapons other than the fact that supreme leader Ayatollah Ruhollah Khomeini had forbidden the possession and use of all weapons of mass destruction as illicit in Islam. The Revolutionary Guards acted on their own to acquire the capability to produce mustard gas weapons, as the wartime Iranian Minister for military procurement has confirmed in a recent interview. But his account of his meetings with supreme leader Ayatollah Khomeini also confirms that Khomeini pronounced a fatwa against such weapons early in the war and repeated it in 1987.

The implications of that historical episode for an understanding of the politics of WMD policy in Iran are obviously far-reaching.  It lends strong credibility to the Iranian claim that the current supreme leader’s fatwa against nuclear weapons is an absolute bar to Iran possessing such weapons. But the news media has continued to dismiss the problem by clinging to an old narrative, which was based on false information that Iran not only had possessed chemical weapons but also had used them.

4. Refusing to acknowledge the weaponisation evidence is tainted

But Western governments, abetted by compliant news media coverage, have chosen to ignore the considerable evidence that these documents were of very dubious origins. Contrary to the cover story that the documents were passed on to Western intelligence by a participant in a covert Iranian programme or by a German spy, a former senior German foreign office official has now revealed that the German intelligence agency, the Bundesnachrichtendienst, obtained them from a sometime source who was a member of the Iranian exile terrorist organisation Mujahedeen E-Khalq (MEK). The MEK was then serving Israel’s Mossad as a means of laundering alleged intelligence, so it is safe to assume that the documents came from Israel.

IAEA director general Mohamed El Baradei (1997-2009), who insisted that the documents had not been authenticated, recalled in his memoirs, “No-one knew if any of this was real.” Against the wishes of the Bush administration, he refused to use them as evidence against Iran.

Major contradictions between information in the papers and the independently verifiable timelines of Iran’s missile and nuclear programmes indicated that the authors were not Iranian specialists. The re-entry vehicle depicted in the studies, for example, was not the one that Iran was redesigning at the time and that was revealed to the world only after the documents were handed over.

El Baradei also revealed that a subsequent series of intelligence documents, which included the claim that Iran had installed a large cylinder at Parchin to test atomic weapons designs, had been passed on to the IAEA directly by Israel. That intelligence proved to be equally problematic: former IAEA nuclear weapons expert Robert Kelley found the Parchin cylinder claim technically implausible.

The US government and its Western allies have all closed their eyes, however, to the evidence that these documents were designed to justify US action by the United States against the Islamic republic. The political convenience of the accepted narrative of the Iran nuclear issue has continued to suppress any active interest in learning the truth. 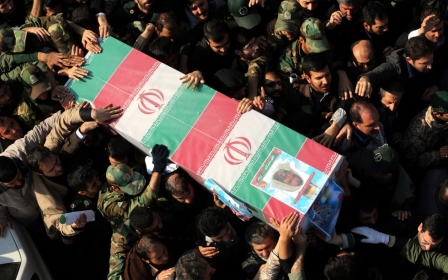 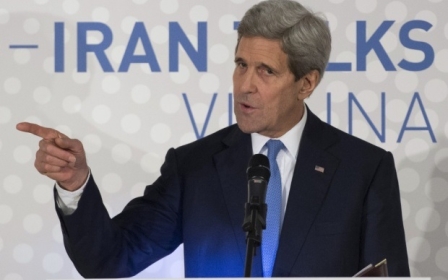 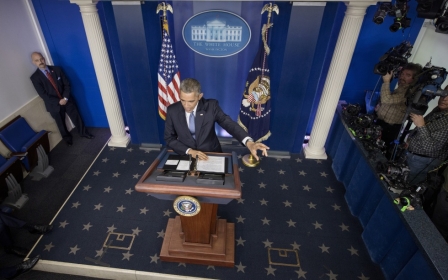