Freedom of expression? Another Lebanese myth

Kareem Chehayeb
The arrest of a man who compared Lebanon's leaders to animals on Facebook is not a fluke, but a reflection of much broader problem 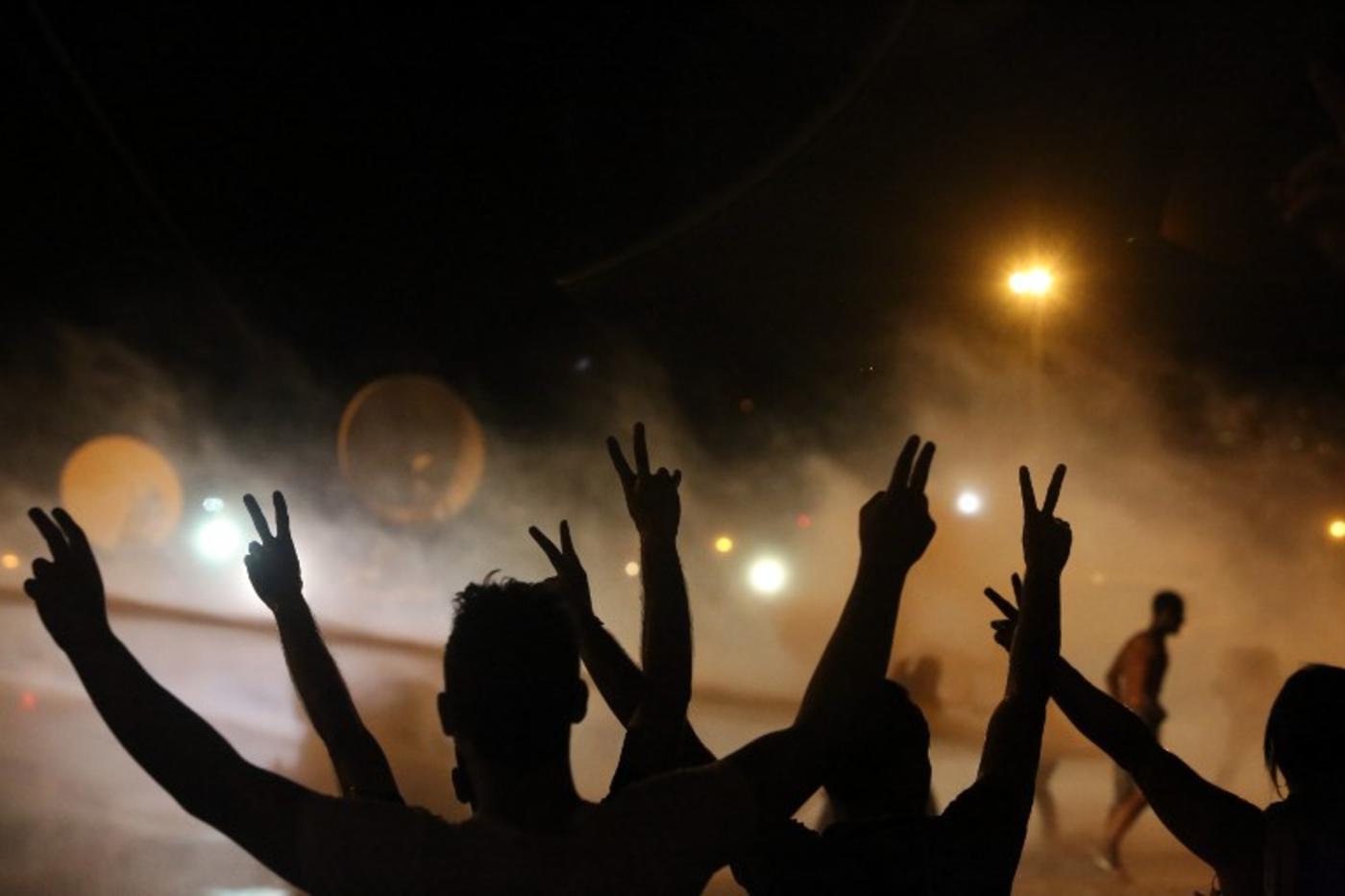 "There are three different animals ruling the country: the speaker of parliament is a crocodile, the prime minister is a donkey, and the president is an animal that has yet to be discovered. #Jungle_Republic"

That's what Ahmad Amhaz posted on Facebook in February, which led to his arrest on 21 March. He was detained for nine days and, though he was released on bail, he will still stand trial, and can face up to two years in prison. No date has been scheduled yet, and like many other cases, this burden could linger for months or even years.

According to his father, who burst into tears while speaking to local media, Amhaz was frustrated over the lack of job opportunities, and the expensive healthcare that both his parents need.

Lebanon is often viewed as a beacon of freedom when it comes to human rights and civil liberties compared to its regional counterparts, such as Saudi Arabia, Iran, Turkey and Egypt.

But Amhaz's case is the second since President Michel Aoun took office last October and left many people, both in and out of Lebanon, shocked to hear the news.

They shouldn't be: the suppression of free speech and expression is neither circumstantial, nor coincidental. It’s all within the frameworks of the law.

Everyone is a sitting duck

The lack of transparency when it comes to state affairs between the Lebanese political and economic leadership is part of the political culture that is embedded in Lebanese society.

In short, you have a civil war-era ruling class that still controls the country, and you have a disenchanted population that has nothing but contempt for them. But not everything deplorable has happened because of that. Much of the authoritarian practices that happen in Lebanon are all done within the law, both in ambiguous or clear-cut forms.

When it comes to freedom of expression, the Lebanese constitution guarantees that freedom of speech and expression is protected under the law. But what exactly is the law?

First, there are three laws under Lebanon's penal code, which in different ways suppress freedom of expression, and protect political and religious officials from slander or defamation, two terms often used when pressing charges.

There’s also the 1962 press law, which according to Lebanese human rights organisation Alef and Lebanese digital rights organisation Social Media Exchange, has been widely used to suppress dissent on social media platforms, even in the form of posts and tweets by individuals who are not journalists.

An interesting and related development is that Justice Minister Salim Jreissati, back in February, signed a document that prevents authorities from pressing charges against individuals over political posts on social media. This decision, however, was not announced publicly. Instead, the document was leaked through Lebanese activists while Amhaz was in jail.

So why was Amhaz detained in the first place? Why does he have to stand trial? Why did he have to pay bail to be released? This is yet another case of legal ambiguities and lack of transparency.

The problem is that the penal code has not been amended for the 21st century. In the era of social media, where posts on Facebook or Twitter are accessible one way or another, anyone can be charged with defamation or even creating sectarian strife.

Take web developer Jean Assy. In 2014, he was sentenced to two months in prison for “defaming and insulting” Michel Suleiman, who was president of Lebanon at the time. Here’s the catch: it was done through a tweet.

“I wrote that the president is castrated, politically castrated, and I wrote the minister of interior is stupid, and things like this,” Assy said.

Despite the fact that Twitter or social media in general wasn't exactly part of anyone's consideration back in 1943 when the penal code was legislated, it is possible, under the antiquated law, to be sentenced over a post of 140 characters (or less) today.

There’s also the case of activist Assad Thebian, whose profile skyrocketed during the “You Stink” protests. Supporters of the current president’s political party, the Free Patriotic Movement, dug up some of his old social media posts. In one of them, Thebian mocked the Easter holiday using sexual innuendos, and was nearly put on trial for it.

And intentionally or otherwise, this incident successfully muzzled many ordinary citizens from expressing their thoughts on social media, especially when it comes to politics.

A new era of censorship

Lebanon is no longer ashamed of its repressive actions. In fact, it embraces it.

In December 2016, journalism student Bassel al-Amin, who posted an angry Facebook post over a racist segment on a television show, was detained for insulting the president, desecrating the flag, and inciting strife. Six days later, he was released on bail, but a trial still awaits him – just like Amhaz recently.

During a recent wave of protests that brought people by the thousands to protest proposed tax measures and increased corruption in banks and the state, Deputy Speaker of Parliament Farid Makari tweeted a statement calling on the police to crack down on and arrest people carrying signs that insult politicians. With thousands of people calling the government “corrupt”, “thieves”, and “thugs” with little-to-no hesitation, is this the next trick the state has up their sleeve?

But on the other side of the spectrum is the so-called benevolent authoritarian. While attending the Arab League Summit in Amman, Prime Minister Saad Hariri tweeted that he and President Aoun absolved themselves of their "personal freedoms" to open up the opportunity for Amhaz to be released on bail.

While Hariri's supporters showered him with praise for being so forgiving, others considered this tweet a warning, sealed with a friendly smile.

The Social Media Exchange, Alef, protest movements, and Human Rights Watch have all been active and vocal against the series of human rights abuses across the country, but will there be a day when Lebanon’s Cybercrime and Intellectual Property Bureau of the police won’t be handling cases related to a political Facebook post?

The only light at the end of the tunnel is when freedom of expression becomes a right - not a privilege.

Photo: Lebanese protesters gesture in front of security forces during a demonstration denouncing Lebanon's stagnant political system, which has become the target of demonstrations following a trash crisis, on 8 October 2015, in Beirut (AFP) Inside Lebanon
'The PM is a donkey': Lebanese activist faces jail for slander