French ban on Palestine demos an attack on liberty

Nabila Ramdani
You do not have to agree with the protesters, but they have always been a part of Paris’s identity - the personification of the sacred French Republican principles of ‘liberty, equality and fraternity’ 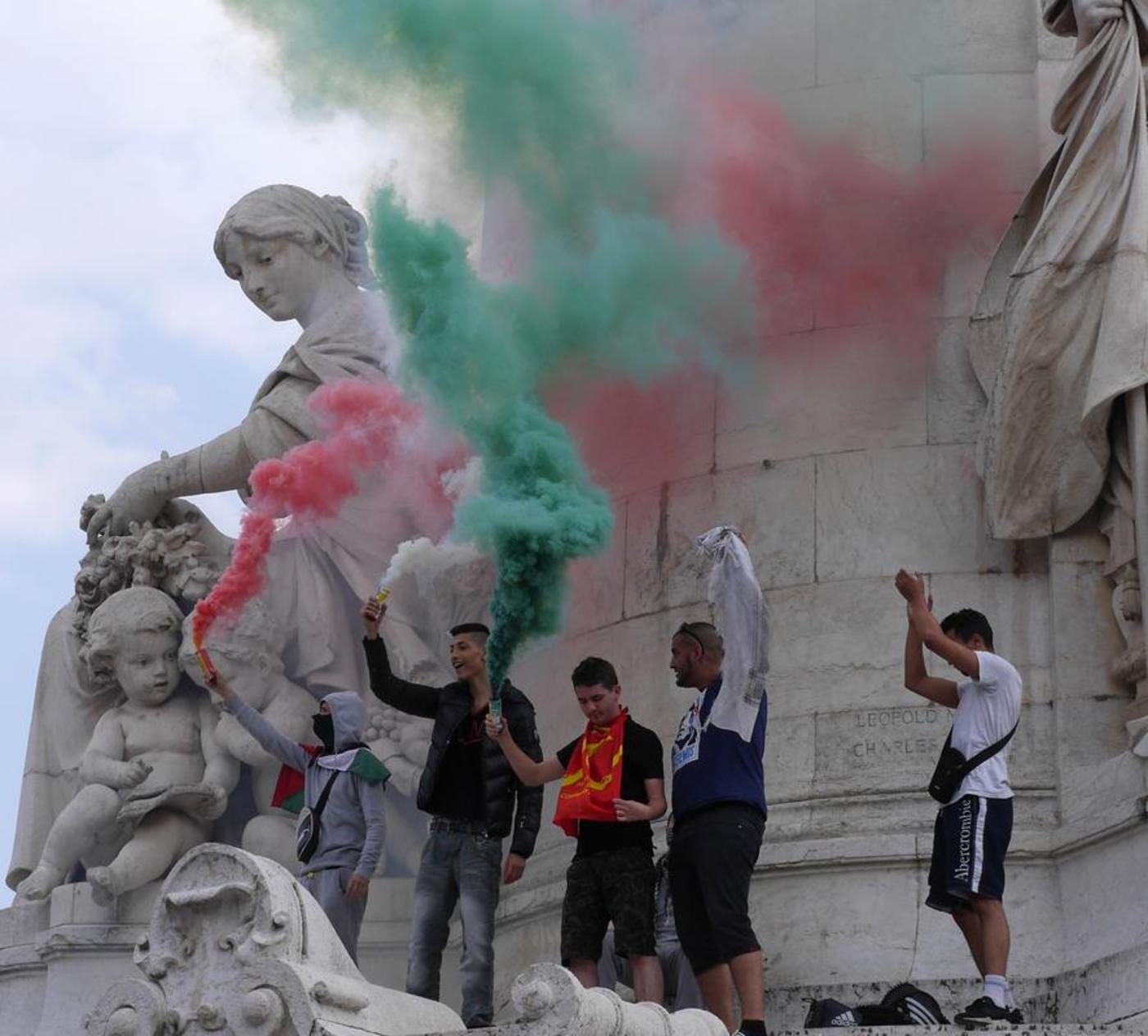 Three days separated an entirely peaceful pro-Palestine protest in Paris and one which turned violent. The first, last Wednesday, was authorised by France’s Socialist government, the second, on Saturday, was not. You do not need to be an expert in crowd control to draw a very simple conclusion from this – it you try to stop people exercising their democratic right to demonstrate, then they are likely to misbehave.

Manuel Valls, the ferociously pro-Israel Prime Minister of France, would argue otherwise. He has consistently claimed that bans on such protests are necessary to prevent ‘a new form of anti-Semitism’ – one which exists ‘in working-class areas, among young people who are often aimless, who have no awareness of history, who hide their hatred of the Jews behind the façade of anti-Zionism and behind hatred of the Israeli state’.

Mr Valls is a notoriously authoritarian figure who regularly expresses prejudice against racial and ethnic groups. Last year he infamously said that Roma travelling communities from Romania and Bulgaria were ‘different from us’, ‘incapable of integrating’, and thus should be deported. Now he has stamped his judgement on why people protest against Israel’s ground, air and sea offensive against Gaza. According to Mr Valls, it is not because it has killed more than 1000 people, including hundreds of children (a figure which, as of Sunday night, compared with 43 Israeli soldiers and three Israeli civilians killed). It is not because it has wounded thousands of others, and destroyed their homes, hospitals, schools and UN shelters. It is not because Palestinians are being denied their most basic liberties – including the right to stay alive and to live freely in their own independent homeland.

No, Mr Valls’s wicked deceit is that pro-Palestine demonstrators are guilty of hate crimes against the Jewish people. By constantly linking those who object to the slaughter in Gaza with anti-Semitism, Mr Valls and his poodles like Interior Minister Bernard Cazeneuve are being disgracefully disingenuous. Even the massively unpopular president, François Hollande, has abandoned his ‘man of the people’, liberal roots to throw his support behind the protest bans, saying he does not want the Palestine-Israeli conflict being ‘imported’ to France.

Such manipulation defies Paris’s history as a protest city – one which has been at the forefront of idealistic challenges to injustice and oppression throughout the centuries. Years such as 1789, 1848 and 1871 are forever associated with world-changing Paris revolutions. Civilian resistance contributed to the end of the Nazi Occupation in 1944, while May 1968 is still evoked as a month in which a mass movement made up of Paris students and trade unionists successfully opposed Europe’s old order.

You do not have to agree with the protesters, nor the myths which surround them, but they have always been a part of Paris’s identity. Whether marching peacefully – as they invariably do when permitted by the authorities – or fighting the police, tearing up the pavements, and setting fire to cars and property, demonstrators are viewed as the personification of the sacred French Republican principles of ‘liberty, equality and fraternity’. The Paris-born 18th century writer and civil rights champion François-Marie Arouet – or Voltaire as he is better known – is forever associated with the quote: ‘I disapprove of what you say, but I will defend to the death your right to say it’. He did not actually coin the phrase – his English biographer Evelyn Beatrice Hall did – but it sums up his views, and those of the vast majority of Parisians throughout history, and still does.

Amnesty International said as much before the rally on Saturday – the banned one which ended in 70 arrests, and 27 mainly young men being charged with a variety of minor public order offences. In a strongly worded condemnation of Mr Hollande’s government, Amnesty said it should not be allowed to suppress the ‘peaceful intentions’ of the vast majority who should enjoy the ‘fundamental right of peaceful assembly.’

The ‘banned’ demonstration at the weekend coincided with the arrival in Paris of US Secretary of State John Kerry and numerous foreign ministers pushing for peace and, more specifically, an immediate ceasefire in Gaza. The attempt by the Socialists to gag thousands of decent Parisians calling for exactly the same thing was shameful.

Many of Mr Hollande’s older Socialist Party colleagues are in fact ‘soixante-huitards’ – or 68ers: mainly bourgeois, white Christian radicals who once thought that the way to bring about change was to organise riots in central Paris. The difference with pro-Palestine demonstrations is that they also involve thousands of Muslims from Arab and African backgrounds. The vast majority hold the same values as those innocents currently being slaughtered in Gaza.

This is intolerable to many members of the French government, not least of all Mr Valls, who has publicly vouched to be ‘eternally linked to the State of Israel’. Accordingly he does all he can to demonise those who criticise it. As far as Mr Valls is concerned, there is no question of besmirching Israel’s grossly disproportionate and indiscriminate reaction to Hamas firing obsolete missiles into Israel – most of which are neutralised by Israel’s ‘Iron Dome’ defence system. There is no mention of young children being murdered by the Israelis as they play football on a beach, or shelter in a school or hospital.

Mr Valls and his colleagues have similarly failed to apologise for wrongly blaming violence at a pro-Palestine Paris demonstration on July 13th – the first of the current cycle of banned and authorised protests – on the organisers. The myth was that a gang of thugs had attacked a synagogue close to Place de la Bastille, terrifying worshippers and causing widespread damage to property.

In fact, it was later proved that a notorious group of vigilantes called the Jewish Defence League (Ligue de Défense Juive, or LDJ, in French) had rallied outside the synagogue, before grabbing weapons and heading off to fight their hated enemies. Their chants of ‘f*** Palestine’ were caught on film, as was their complicity with the French police. Not a single LDJ member was arrested. Serge Benhaïm, the president of the Don Isaac Abravanel Synagogue, admitted there was no attack on it, and that the LDJ should be banned from France – as they are in the UK and USA – if they ‘they cannot be controlled.’

Nothing excuses the violence in Sarcelles, the Paris suburb, a weekend ago, when Jewish shops and other businesses were threatened, and police rallied around a synagogue to protect it from a group chanting ‘Israel Murderer – Hollande Accomplice’. But just look at the profile of those arrested at this demonstration, and other ones like it – many are teenagers, (some aged 15) with records for causing trouble while supporting Paris St Germain football team. These kids do not represent France’s pro-Palestine movement, and nor do the anarchists and other political agitators who attach themselves to all big demonstrations. They are just hooligans, pure and simple.

Former left-wing government minister Jean-Luc Mélenchon summed up the French government’s policy on pro-Palestine marches by saying it was guilty of ‘provocation and manipulation’. As a Paris-born journalist who has covered every one of the current protests, I have interviewed Jews, Christians, Muslims, and members of almost every other creed who wanted to express their support for the blighted people of Palestine. Everybody – including Mr Valls, Mr Hollande, and all their government colleagues – has every right to disagree with them. But their cynical campaign to get demonstrations outlawed is an absolute outrage which should be condemned the world over.

-Nabila Ramdani is an award-winning French-Algerian journalist, columnist, and broadcaster who specialises in French politics, Islamic affairs, and the Arab World. She writes columns for The Guardian, The Observer, The Independent, and London Evening Standard. 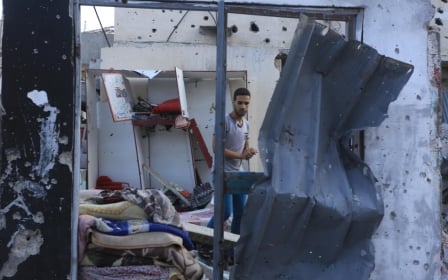