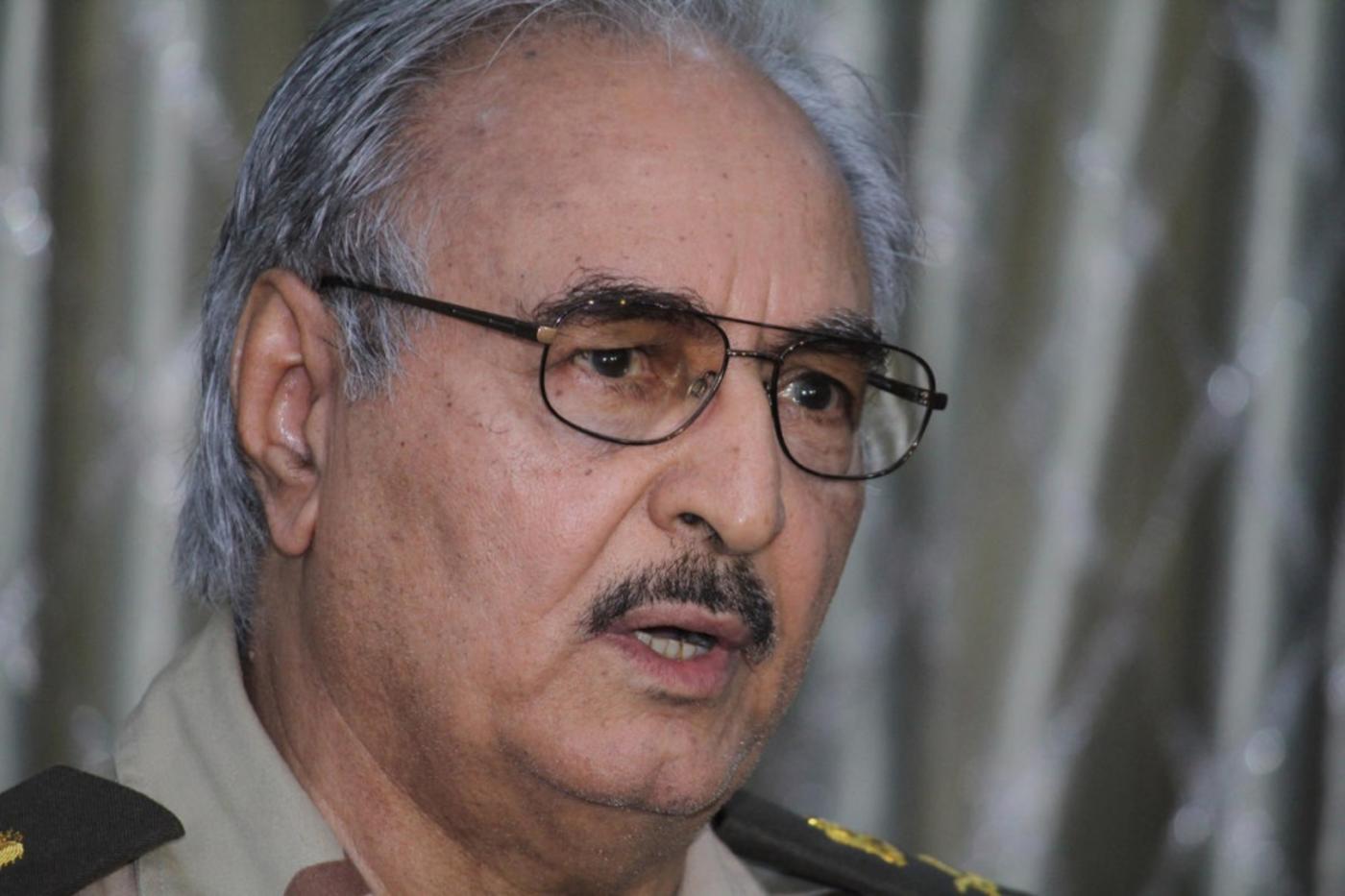 "If at first you don't succeed, try, try again. Then quit. No use being a damn fool about it." This is what W C Fields might now be saying to a US-backed rebel Libyan general who has now tried twice to stage a military coup and failed each time. Major General Khalifa Haftar is not giving up. After the failure of his forces to take over Benghazi on Friday, Haftar is promising to regroup and return in force.

In February, Haftar's coup attempt was more theatrical than real. He appeared on television in military uniform to demand the dissolution of parliament and an interim government, claiming his forces had seized control of strategic sites around the country. An armored column from the Zintan brigade turned up outside parliament, but forces loyal to Tripoli  (if that is what the Libyan army can be called) stayed firm.

This time, Haftar's forces were more serious. They included an air force commander who put fighter jets in the air, tribes, army defectors, and former rebels who oppose the central government in Tripoli. At least 79 people were killed in the fighting on Friday in Benghazi and four died trying to storm the General National Congress (GNC) on Sunday.

Haftar denied on Sunday that he was mounting a coup, claiming his aim was to purge the east of the country of Islamist militias in an operation entitled Al-Karamah (Dignity). However, he called his militia "the national army" and also claimed responsibility for the second attack on the congress on Sunday, whose suspension was announced. Haftar's determination to replace the GNC may have more to do with the one law it has successfully passed, a political exclusion law which denies anyone who served under Colonel Muammar Gaddafi, which Haftar himself did, a chance to come back to power. Similar legislation in Egypt and Tunisia  failed to reach the statute book.

More revealing than the weekend's events themselves, however, were the preparations that had been made in the days and weeks before the Benghazi clashes. Haftar's offensive in Benghazi is backed by a multinational effort, a true coalition of the willing.

Working from east to west, a military delegation from the Emirates was hosted by the Egyptian General Intelligence recently. At the same time the Emirati finance minister said that the UAE, a major backer of the military coup in Egypt, had no plans for giving additional financial aid to Cairo.This raised eyebrows in Cairo. Were the Emiratis applying pressure on presidential frontrunner Abdel Fatah al-Sisi to make good on promises to intervene in Libya? And if so, why now? Why not wait for the field marshal to become president?

One answer could lie in the fact that the security cooperation between the UAE and Saudi Arabia is not as close as it was when Prince Bandar bin Sultan was still in charge of Saudi intelligence. There has been a personnel change in Riyadh as a consequence of King Abdullah's latest attempts to secure the succession.This has isolated the UAE to the extent that it may think that time is running out and that it should push for another coup while it still has that power.

Government-controlled TV channels and websites in Saudi Arabia and the UAE were four square behind Haftar's narrative that his purpose was to fight extremism, lawlessness and restore the integrity of the Libyan state. The UAE website 24 said that  "Haftar's troops have bombed the camps of the militias in a bid to restore the legitimacy of the Libyan state." Al-Arabiya TV channel said Haftar's Dignity operation was to cleanse Benghazi of Takfiris.

Then there is Sisi himself. He has taken the opportunity of every interview with the Western media to offer himself as the point man in the fight against the jihadis. He told a group of US journalists including Judith Miller of FoxNews.com that Nato and the US did not finish the job off by deposing Gaddaffi in Libya and had left a vacuum filled by Islamists. He told Reuters that the US should help him fight jihadis or risk seeing the creation of another Afghanistan in the Middle East.

If there was any doubt about Egyptian intentions in eastern Libya, the media in Cairo dispels it. Journalists close to the military regime, like Ahmad Moussa, have called for Libya to be bombed. Others like Mustafa Bakri claimed Ayman al-Zawahiri, the Egyptian born head of al-Qaeda was in Libya. The media have been awash with reports about a so-called Egyptian Free Army, made up of battalions of jihadis massing on the Libyan border. All of this lays the ground for an Egyptian military intervention.

And lastly there is the US itself. Last Wednesday they prepositioned 200 US marines to a base in Sicily. The marines are part of a crisis response team formed after the death of the US ambassador Christopher Stevens, but in this case they were anticipating a crisis that had yet to happen. Delve back into Haftar's history, in both Chad where he was part of Gaddaffi forces and then changed sides on capture, and later in the US where he spent  the last two decades in suburban Virginia, as the head of the then Libyan opposition group the NFSL, and you find an exiled leader with close connections to the CIA in Langley.

Not everything has been going Haftar's way internationally. Al Quds Al Arabi in London reported that Algeria strongly rejected Sisi's statements about Libya. It reported that the Algerian ambassador to Libya Abd Al-Hamid Abu Zahar told the leader of the Justice and Construction Party Muhammad Sawan that the Algerian Army was prepared to protect Libyans from an Egyptian incursion.

This crisis could yet escalate. Egypt has yet to stabilize and yet the countries that backed the coup are continuing a policy which spreads the chaos further. By framing the fight against Islamism a transnational one, they are committed to a formula of exporting military dictatorship across North Africa. The Libyan Islamist factions are fighting back. Jamal Khashoggi, the well connected Saudi writer, commented in a tweet that the spread of arms in Libya may this time prove to be a stabilizing factor. He tweeted "the spreading of weapons in a country may lead to violence but is a guarantee against dictatorship.. I am talking about Libya and General Haftar."

Photo credit:  Retired General Khalifa Haftar speaks during a press conference in Benghazi,Libya on May 17, 2014. (AA)