Faisal Kutty
Weeks after the mosque killings in Quebec, critics falsely painted the motion as an attempt to 'Islamise' Canada 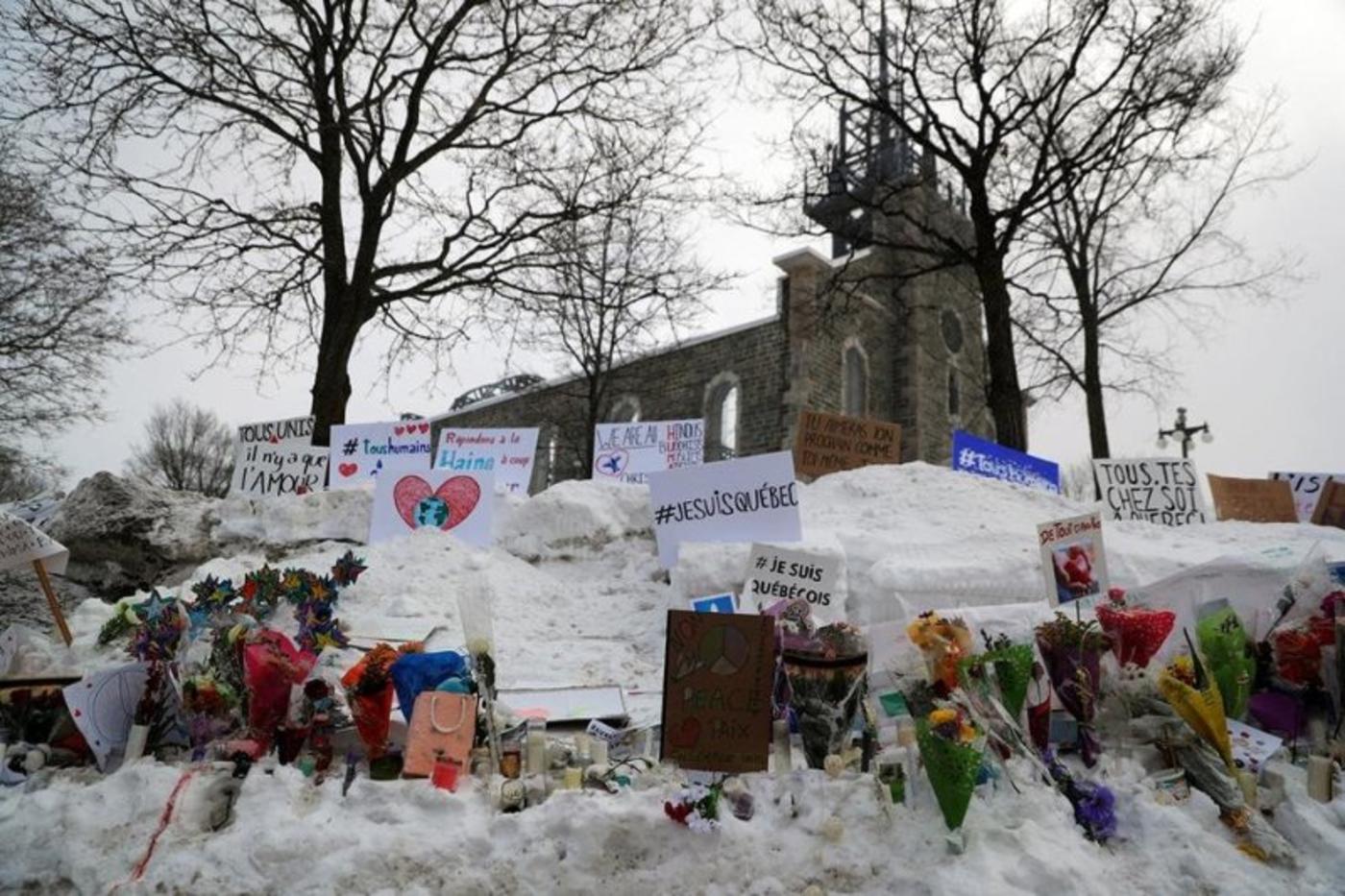 Those who doubt the existence of Islamophobia in Canada after the Quebec mosque killings and subsequent hate incidents need only look at the “moral panic” ignited by the motion condemning Islamophobia recently passed in parliament.

Introduced by Liberal Member of Parliament, Iqra Khalid, the motion (M-103), which asked the government to condemn Islamophobia and all forms of systematic racism and religious discrimination, passed 201 to 91 on 23 March.

Non-binding and symbolic, the motion will not trigger the creation of new laws or change laws already on the books.

Despite this, the hysteria stirred up leading to the vote served as the perfect bait to draw out Islamophobes which painted the motion as an attempt by Muslims to “Islamise” Canada by, among other actions, introducing "sharia".

“Motions like this usually receive little attention,” a Globe and Mail editorial noted. “This one has taken over Parliament.”

And the reaction when it passed, within weeks of the slaughter of six Muslims while they were praying, revealed the extent of the fear and distrust that they had sown and exactly why the motion is needed.

Caught up in hysteria

Several Conservative leadership hopefuls bought into the hysteria with only two of 97 Conservative MPs – Wellington-Halton Hills MP Michael Chong and Simcoe North MP Bruce Stanton - voting in favour. All the other leadership candidates spoke out against it.

Moreover, several of the candidates - Kellie Leitch, Chris Alexander, Brad Trost and Pierre Lemieux - even spoke at a Rebel Media event against the motion, which, according to organisers, was to oppose “Islamic blasphemy laws” in Canada. Speakers warned that the government planned to silence critics of Islam.

Opponents mislabelled the motion as a law, claiming that it would give preferential treatment to Muslims and alleging that it was the first step toward introducing sharia in Canada

First, as a non-binding motion, it was not a bill. Quebec passed a similar motion in 2015 and Ontario passed one earlier this year. There is still no Caliph or “sharia” laws on the books in either province.

Secondly, while the motion comes in response to a petition on Islamophobia presented last year after hate crimes against Muslims more than doubled over a two-year period, it doesn’t give preference to any one community.

Third, to claim that the motion is the lead chariot in a procession of Islamisation, including implementing Sharia, is ludicrous.

But Islamophobes love to point at “sharia” because its mere mention effectively shuts down any critical thought or reasonable discussion. In fact, the moment the word is used, with all the negative associations, Islamophobes win without even having advanced a single coherent argument.

The deep-seated bias fixates people on their worst fears and lead many normally critical people to suspend reason and resort to feelings and beliefs. An innocuous and symbolic motion to assuage a community under siege becomes an Islamist Trojan Horse.

Then again, haters have always relied on conflation, misinformation and obfuscation of the facts to fearmonger. The less bold ones resort to dog whistle politics. Either way, the pack hears the message, but unfortunately others are also influenced.

Indeed, the distrust, fear, hate and misinformation fuelling the “moral panic” has had a profound impact on Canadians.  According to an Angus Reid poll released last week, a majority of Canadians would have voted against this symbolic motion, despite the documented growth of Islamophobia in the country.

Take what happened in Peel. A day before the motion passed, more than 80 protesters showed up to disrupt a district school board meeting in the diverse region just outside of Toronto. Before police had to break up the meeting, pages of the Quran were ripped out and anti-Muslim slurs shouted.

The controversy revolved around a Peel District School Board (PDSB) decision to allow Muslim students to pray as a group every Friday. According to mainstream Muslim teachings, a Muslim must pray at fixed times throughout the day but must also participate in congregational prayers on Fridays.

For more than 20 years, schools within the PDSB and other boards have accommodated such requests without any major opposition. In 2011, objections raised in Thorncliffe Park were shut down by the Toronto District School Board which stood firm on non-discrimination and inclusiveness principles.

Opponents contend that secular schools should not accommodate religion, but this is disingenuous for two reasons.

First, as the board’s lawyers would have advised them, they must legally provide religious accommodation, when requested by any protected group.

The Canadian Charter of Rights and Freedoms guarantees religious freedoms and the Ontario Human Rights Code and case law make it abundantly clear that reasonable accommodations must be provided up to the point of “undue hardship,” which may refer to costs, health, safety or other over-riding issues that would weigh in favour of denying the request.

None of these are applicable in Peel. “Letting Muslim students pray for 20 minutes in an empty space with the supervision of volunteer staff does not cause any financial hardship,” said Linda Jeffrey, mayor of Brampton, a city in the district.

Secondly, the issue was not about the place of religion in school as some critics have tried to misconstrue. Indeed, as the school board’s spokesperson Brian Woodland told the media, the objection was to accommodating Muslims.

As a school board statement boldly noted: “This is a campaign against Islam - counter to the laws of the country, the Ontario Human Rights Code and our board values.” Indeed, board chair Janet McDougald called it “hateful” and told the Star that the opponents were “intentional in spreading misinformation” to confuse and create fear.

Police had to intervene to clear the meeting when one of the protesters tore up a copy of a Quran, while another stomped on the pages and others shouted “fairly horrific” anti-Muslim statements, according to Woodland.

“They used language and comments that were the most hateful that I have ever seen in my career,” he said. “I was actually deeply shaken by what I heard. I’m not sure I’ve ever in my life seen this level of hatred.”

The damaged Quran was turned over to the community. “For the Peel District School Board to go out of the way to at least take care of the Quran until they’d reached out to someone, that was something the whole community really appreciated,” said Shaykh Omar Subedar, an imam from Brampton.

“They could have just picked it up and thrown it away. But instead, they took great care in putting it together to the best of their abilities.”

Such vitriol like what happened in the Peel school district and also around the motion vote will only marginalise and alienate Muslim youth.

Allowing young people, who value religion as a central element of their identity, to practice their faith can only help to reinforce the message that they can be Muslims and still be equally respected as a Canadian. Dignity and respect facilitate integration while hate only fuels discontent and radicalisation.

Indeed, reasonable accommodation in this context may be necessary for the mental health of some children so that they feel safe and welcome for who they are. For a religious person, their religious identity is central to their sense of dignity, self-worth and overall mental, physical and spiritual well-being.

In the end, the hateful rhetoric and actions surrounding M-103 and the Peel prayer accommodation debate constitute the best evidence for why the House of Commons did right by passing the motion. What happens next is up to all of us.