History, not religion, has brought violence on Islamic societies

Basheer Nafi
The introduction of the European state model and collapse of the Ottoman Empire, not Islam, is at the root of regional violence today 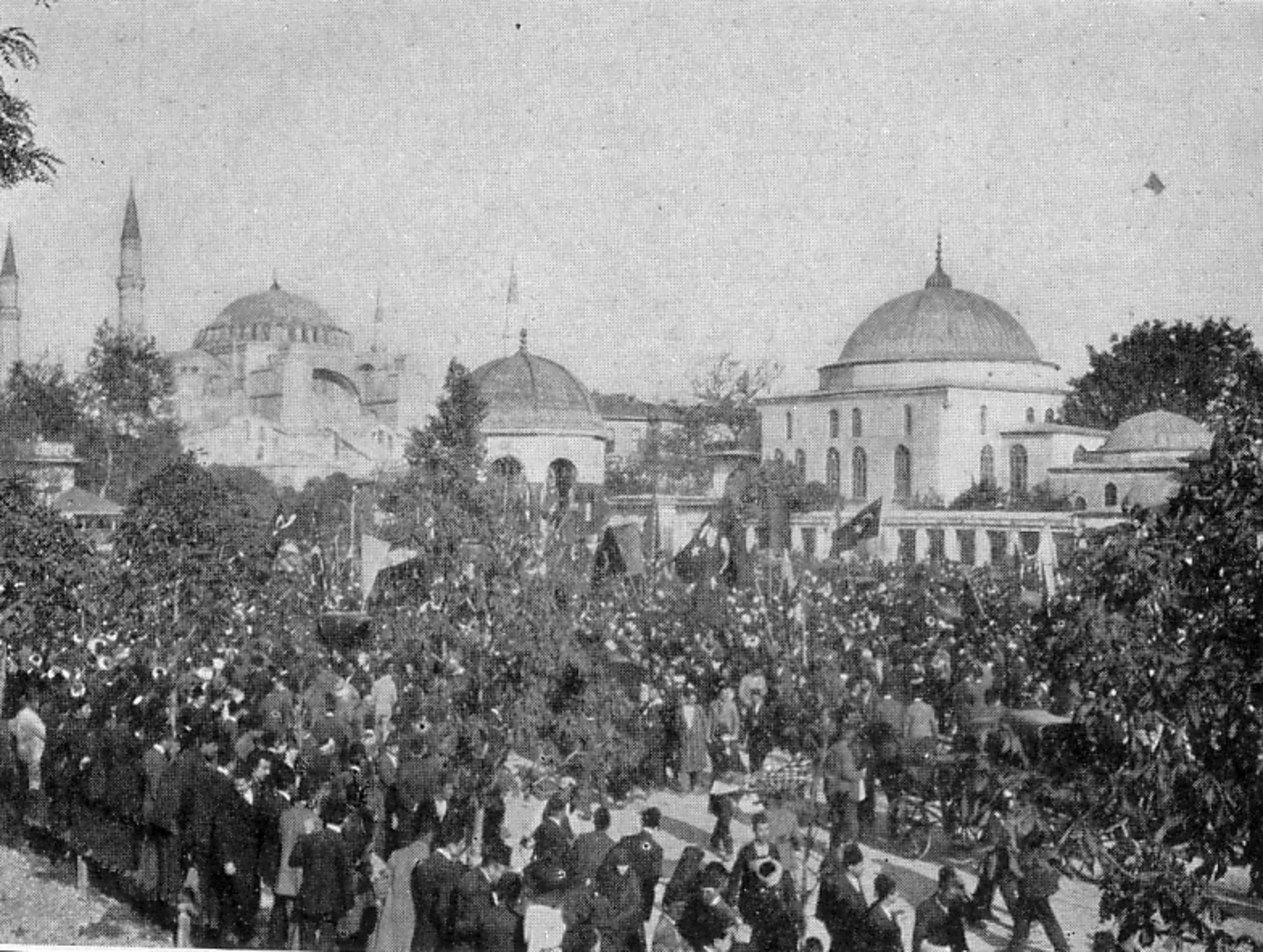 When we talk about the roots of political Islam, we can look back to the Egypt of the 1920s and the emergence of such groups as the Young Muslims and the Muslim Brotherhood.

Yet there is an even earlier era, often ignored, even though it is difficult to read the crisis of socio-politics within the Arab world without taking it into consideration.

Since the 1840s, and after decades of painful military defeats, the Ottoman rulers launched a wide-ranging programme aimed at modernising the state as well as social norms and building a new relationship between state and society.

To preserve the Sultanate after a series of retreats from Western European imperialism, senior men of governance, such as Rashid Pasha, Fuad Pasha and Ali Pasha believed it was necessary to seek inspiration from the European state model, a central state with absolute hegemony over its land and its people.

They abolished the middle man tax system and established a direct taxation relationship between the state and its citizens. The army was organised into a permanent institution on modern European foundations - both in terms of administration and training - and was placed under the authority of the war ministry.

The state took responsibility for education and established a central ministry with the task of spreading modern teaching and controlling its curricula. The traditional judicial system, too, was abolished and a justice ministry was born with centrally legislated, modern laws.

And through a process of gradual privatisation of land ownership and by means of seizing control of a large sector of the awqaf (endowments), the state sought to enhance its sources of revenue and raise the necessary funds for institutions of governance and administration which were expanding in a manner that was unprecedented in the history of Islamic society.

In provinces such as Egypt and Tunisia, which had enjoyed a tangible amount of autonomy, the modernisation project proceeded in parallel with changes in Istanbul, sometimes overtaking it and at times following in its footsteps.

Colonial administrations that fell early under the yoke of foreign hegemony, such as Algeria and India, embarked on a rapid and extremely harsh modernisation process.

As a result, for the first time in history, Islamic society lost its unifying culture, ethical standards and conscience.

Islam had provided the frame of reference for Islamic societies, even when organisations and institutions in the societies were not necessarily entirely Islamic. With modernisation, that focal point collapsed.

The project also saw the body of the state and the power of its massive bureaucracy swell at the expense of the powers of the Sultan himself. Such developments would not have passed without a backlash.

And at the popular level, the second half of the 20th century witnessed several counter revolutions against what the Muslim public perceived as a relinquishing of the values of religion and a squandering of the country’s resources.

Among the elite, a group that became known as the Young Ottomans, including Shinasi and Namik Kemal, and even young Medhat Pasha, were the first to present their opposition.

The Young Ottomans considered the new state to be an enormous, despotic institution with leaders engaged in the destruction of the traditional power centres of Islamic society, a mere consequence for them as they asserted their monopoly over power.

Their solution was the return to the traditional regime, “the return to shariah”. In this way, they laid the foundations for associating the modern central state with oppression and identifying the justice of shariah with a traditional system of governance, with a regime that had preceded the central state and its hegemonic bureaucracy.

Shariah, for the Young Ottomans and in Islamic heritage, represented the “society’s discourse,” not a superior and imposed legal institution.

In other words, shariah was the space within which the methods of conduct, the modes of relations, the community’s culture, language, customs and traditions, and the standards of good and evil were formed. It was not just a handful of laws pertaining to a small number of crimes.

Therefore, the New Ottomans’ call for “the return to shariah” was the first time that shariah was seen as an objective and separate edifice from the state that had been relinquished and needed to be “returned to”.

In the decades that followed, the echo of the New Ottomans’ discourse eventually led to the birth of the Islamic political current.

Within one hundred years of the inception of the modernisation project, the climate of internal division within Islamic societies was exacerbated. United points of reference were shattered.

The state, which had always suffered a crisis of legitimacy, had become more hegemonic, more controlling and more despotic. Even within the ranks of the Islamic political current, at least since the 1970s, there was no longer a single force that could claim to speak in its name.

With the explosion of Islamic violence in the 1970s in Egypt, in the 1980s in Syria and in the 1990s in Algeria, and then with the birth of transnational armed Islamic groups, the fragmentation of Islamic expression reached unprecedented levels in the entire history of Islam.

Yet while the fragmentation of unity and the loss of certainty have mirrored some of the most distinct features of modernity, it can be said that the Islamic expressions during the latter half of the last century were more the outcome of the modern context of the human experience than a re-production of inherited legacy.

Now that armed Islamic groups threaten the security of many Islamic societies and the security of the world as a whole, there is an opinion - which is met with increasing acceptance within official as well as unofficial Western circles - that says that the problem exists essentially within Islam itself.

Such an opinion does not lack support within some Arab and Muslim circles. The truth is that it would be nonsensical to argue that Islam is not different from Christianity or from other major religions. Islam is indeed different. There is no more convincing proof of the existence of such difference than Islam’s response to modernity.

However, since each religious heritage is by necessity different, Islam’s distinction and uniqueness are not sufficient to explain the fragmentation seen in the expressions of modern Islam or to explain such an unprecedented rise in armed Islam and in the random violence exacted in the name of Islam.

Instead, the problem more likely lies within the historic context of Islamic societies than within the religious heritage itself.

Undoubtedly, the question about the position of Islam and its role in the public sphere represents the biggest and most complex question in the modern experience of Islamic societies.

It is the paradoxical collapse of consensus, the fragmentation of reference points and the delay in the emergence of a historic mass capable of leading these societies forward that makes it difficult to provide clear answers to questions about the role of Islam and its position in the public sphere.

Yet this does not pertain only to the role and position of Islam. Already, for more than a century, most Islamic societies have not stopped struggling with the questions of democracy, liberties, identity and citizenship, the role of the state and inter-Arab as well as international relations, and even questions about poverty and development.

Those who are unable to agree on addressing a minimum set of the issues that preoccupy big nations will certainly not be able to provide answers to questions about Islam.

In order for a historic mass that is capable of resolving internal conflicts and disputes to rise, the explosion of violence within Islamic societies should not be seen as a mere accidental development. 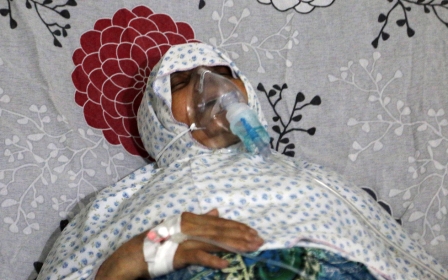