How Jamal Khashoggi's murder could reshape the Middle East order

Marco Carnelos
The journalist's brutal killing could threaten the US-Saudi relations and Saudi crown prince's grip on power, and dramatically affecting the calculations of Israel and the US 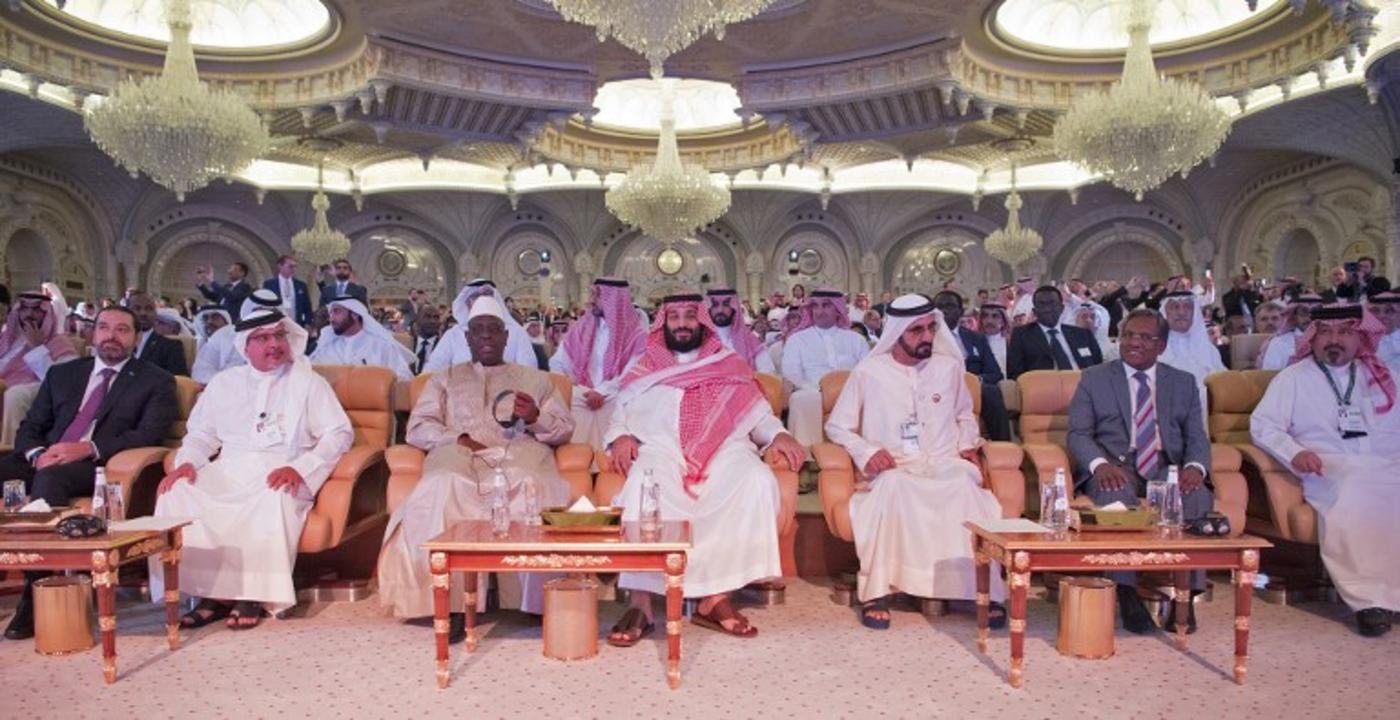 The shifting power balance in the Middle East over the last 15 years recalls the European experience in the 16th and 17th centuries, between the 1517 Protestant Reformation and the 1648 Peace of Westphalia. What took more than a century in Europe is happening in just a fraction of that time in the Middle East.

It is difficult to determine whether we are already in the more acute phase of the conflict, like the Thirty Years' War (1618-48) that destroyed Europe four centuries ago, or whether the worst has already passed.

The Thirty Years' War led an exhausted and devastated Europe to the Peace of Westphalia, which finally ended the continent's religious wars and laid down rules of the international system. It is time now for a Westphalian peace in the Middle East, hopefully without another major war.

'Arab NATO' vs 'Axis of Resistance'

Oversimplifying to the extreme, there are two fronts: the so-called "Arab Nato" and the "Axis of Resistance".

Arab Nato is an array of Western states, Arab kingdoms and autocracies committed to protecting the old Arab order in the region. It is anchored to the leadership of the United States, and its core group comprises the US, Saudi Arabia, Egypt and the UAE, with Israel leading from behind the scenes. Its main purpose is to paint Iran and its regional allies and proxies as the main threat to regional stability.

Iran and its partners are confident that certain Arab kingdoms and autocracies are doomed - because they are unpopular, ruthless, illegitimate and, apparently, self-destructive

This group aims to reach a renewed Pax Americana that is sensitive to the interests of Israeli and Arab rulers, including a US-brokered deal, the deal of the century, between Israel and Palestine as a step towards a comprehensive Israeli-Arab peace; increased economic sanctions on Iran to prompt regime change; and reshaping political Islam in a way that does not threaten the old Arab order.

These achievements would usher in a new era of political harmony, economic cooperation and development as envisaged by Saudi Crown Prince Mohammed bin Salman’s Vision 2030.

Currently, the main threat to this project involves the global reaction to the murder of Jamal Khashoggi, which could threaten the US-Saudi relationship and the crown prince's grip on power.

Mohammed Bin Salman was supposed to be the cornerstone of the Arab NATO strategy; now, he appears to be its main weakness. The consequences of Khashoggi’s brutal killing could, once again, reshape the regional power balance, relegating Vision 2030 to a mirage and dramatically affecting the calculations of Israel and the US.

The "Axis of Resistance" has a different agenda. What Arab NATO calls US "leadership", the axis defines as US hegemony. Iran, alongside Shia Iraqi political forces, "useful Syria", Hezbollah and other militias are its main shareholders.

As the “Axis of Resistance”, this group rejects the perceived US-Israel hegemony and their respective plans for the region. It also rejects Western values and the liberal order, considered as a form of cultural, political and economic imperialism.

To an extent, this axis represents what Martin Luther’s thesis represented in 16th-century Europe; their irregular militias are a sort of reissue of the French Revolution's Ragamuffins of Valmy. They are poorer and far less equipped than Arab NATO but animated by a much stronger resilience and revolutionary zeal.

The Axis of Resistance members believe that the US-brokered peace deal between Israelis and Palestinians will be an imposition and a humiliation for the latter. It considers US sanctions against Iran a punishment for the country's refusal to bow to US hegemony, and it is convinced that it is impossible to suppress or harness political Islam in a way that would be functional to Arab kingdoms' interests.

Iran and its partners are confident that certain Arab kingdoms and autocracies are doomed - not as a result of the axis' destabilising actions, but because they are unpopular, ruthless, illegitimate and, apparently, self-destructive. At the moment, the main threat to the axis is the effect that renewed US sanctions on Iran will have on Tehran and its partners’ resilience.

The political agendas of both Arab NATO and Axis of Resistance are chimeras. The first will never have the stamina, cohesion, patience and intellect necessary to implement its agenda. The second has all the qualities that Arab NATO is missing, plus enough critical mass to disrupt the other’s agenda - although, most probably, not enough to impose its own.

Russia, China and Turkey are watching from the sidelines. Russia is more active in supporting the axis, while China is more cautious; nonetheless, both Moscow and Beijing underwrite the axis's refusal to accept the Western political, economic and financial order.

Turkey, so far, has played its cards smartly, especially on Khashoggi’s murder. President Recep Tayyip Erdogan is carrying out a slow and calculated leaking strategy to pressure Saudi Arabia and burn Riyadh’s clumsy narrative on Khashoggi’s killing. The Turkish leader appears to be using this event to further promote his own leadership of the Arab world, as an alternative to the Saudis.

Inside the Arab NATO-Axis of Resistance confrontation is a major battle for the leadership of the Arab-Islamic world.

There are enough elements for another major geopolitical earthquake in the region. The sooner the main local actors, and their external partners and sponsors, put aside their respective agendas and zero-sum approaches, the better.

A broader mechanism to settle their respective disputes and grievances should be found. The experience of Westphalia could be enlightening.

Photo: Leaders of Lebanon, Bahrain, Saudi Arabia and the UAE are pictured at the Future Investment Initiative in Riyadh on 24 October 2018 (Saudi Royal Palace/Bandar al-Jaloud/AFP)