How Saudi Arabia trapped itself in Yemen

Jamal Khashoggi
So long as Riyadh insists on a Houthi defeat in Yemen that won’t benefit Al-Islah, the kingdom’s operation is doomed to fail. But there's another way to end this war 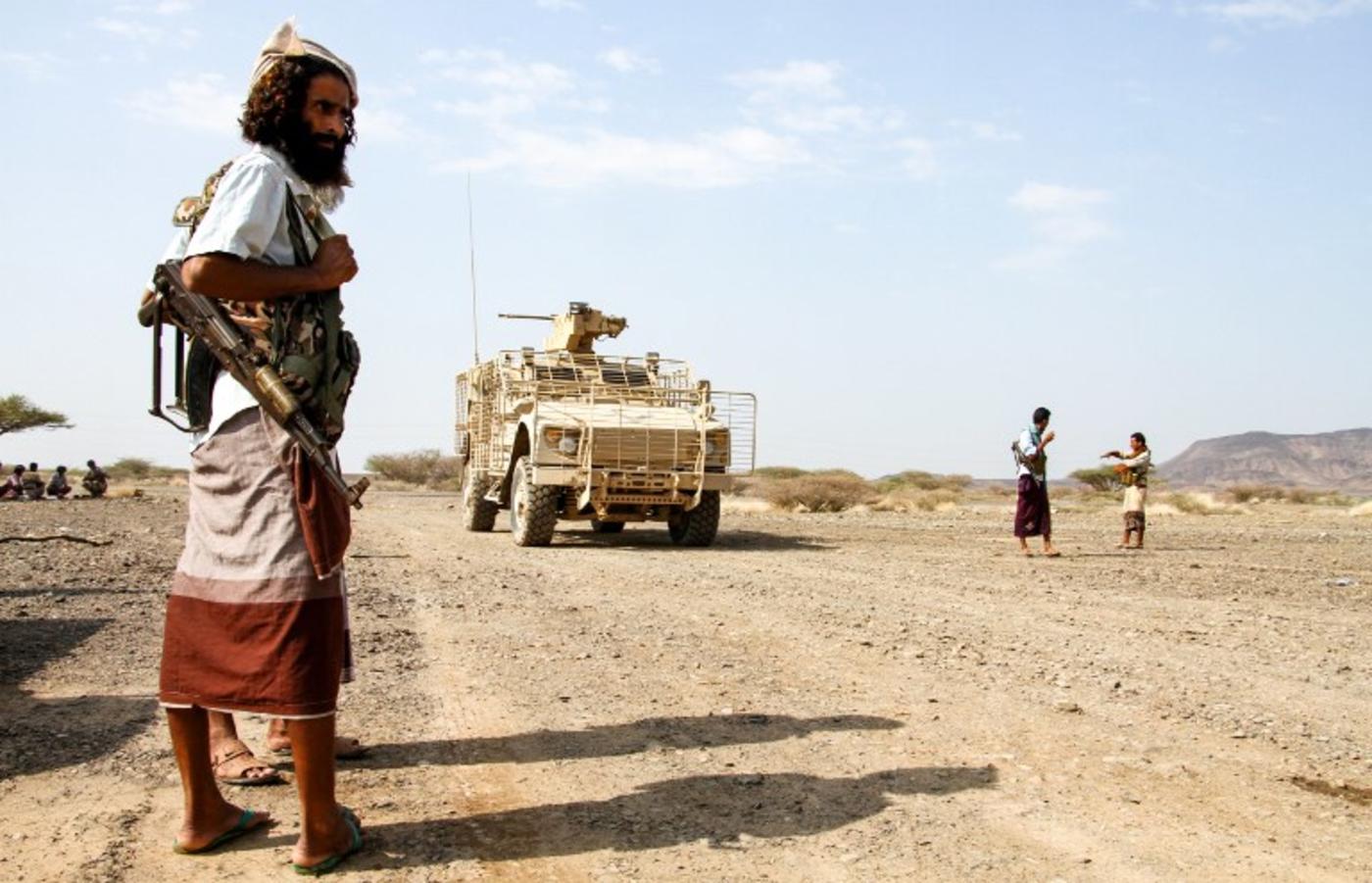 When Operation Decisive Storm was launched in March 2015, the young Saudi defence minister Prince Mohammed bin Salman promised all those he summoned to participate in the operation that it would be quick and surgical.

Riyadh could have coordinated with Al-Islah at the beginning of its operation to liberate Sanaa from the Houthis, but chose not to. Why not?

Indeed, it was "surgical", targeting the Houthis and their weapons stores with great skill at first, but it was far from quick. And now, a few months off the offensive’s three-year anniversary, It seems that Saudi Arabia’s worst fears have been confirmed: it is trapped in the difficult political and geographical terrain of Yemen.

Operation Decisive Storm took the Houthis by surprise and, after initial momentum and successive victories, their forces were thrown off balance and into discord. However, there was no one present on the ground, particularly in the capital, Sanaa, who could seize the opportunity to attack.

From the beginning and until now, the Saudi problem in Yemen is that it committed itself to two contradictory conditions for a strategic victory. It wanted to defeat the Houthis, but without benefiting its rival Al-Islah.

Indeed, Riyadh could have coordinated with the group at the beginning of the operation to lead an uprising in Sanaa which would have liberated the capital from the Houthis, but chose not to. So the first opportunity to win the war was quickly lost.

With these conditions in place, Saudi Arabia made its success much more difficult, if not impossible, and also prolonged the war. Therefore, to get out of the predicament it finds itself in, Riyadh must either modify or drop one of these conditions.

An equation for peace

A peace deal in Yemen can be reached if four major actors agree and none of these actors is sidelined.

The first of these four is the Houthis, who call themselves "Ansar Allah". They represent Zaidi fundamentalism, which revolted against marginalisation after the fall of the monarchy in 1962. In the past two years, the Houthis have become more powerful and also more popular at least in northern Yemen as they have attracted the support of tribesmen and commanders in the army that fought against them in the past.

The second actor is the former president Ali Abdullah Saleh and his political party, the People's Congress. Saleh and his party represent the old regime who refuse to abandon power because they fear accountability for their past and are also unwilling to let go their share of the gains.

After the Saudi-led operation began, Saleh and his party aligned with the Houthis, but their relationship is purely opportunistic and unstable. The UAE, Saudi Arabia's partner in the Yemen war, is betting that Saleh will eventually cut his alliance with the Houthis through his son, Ahmed, who is living in Abu Dhabi.

After the recent developments in Saudi Arabia, which drew Riyadh and Abu Dhabi even closer, Saudi Arabia may resort to restoring the old Arab order, just as they both preferred and pushed forward in Egypt - and are considering in Syria and fiercely fighting for in Libya.

The third actor is the Yemeni Congregation for Reform (Al-Islah), which is often linked to the Muslim Brotherhood and has considerable popular cadres. The group participated actively in the youth revolution in 2011 and can actually compete in its popularity with the Houthis.

However, Saudi Arabia wants to weaken the group and Abu Dhabi is fighting it. Thus, contrary to the condition the Saudis have set themselves in Yemen, the group would still benefit if the Houthis were defeated.

In fact, after Riyadh chose not to coordinate with Al-Islah to take back Sanaa in 2015, the security forces of the Houthi militias and Saleh turned their anger on Al-Islah and arrested hundreds of members. So Al-Islah found itself in the weirdest possible position: persecuted in Sanaa, marginalised in Riyadh and under pressure in Abu Dhabi.

The southerners are the fourth significant actors, although they may even be removed from the equation of power when a peace agreement is reached, since the real battlefield threatening the security of Saudi Arabia is just northern Yemen. However, they are meanwhile intertwined politically and constitutionally with the entire Yemeni crisis, and they are still in a state of chaos and competition because of the UAE's perplexing policy there.

The latter encourages not only the secession of the south from the north, but also its unity with the support of rival and regional militias. The Emiratis also seek to erase any trace of political Islam in the south, but at the same time, support militant Salafis there.

As a result, southern Yemen, which could have been a good model for power-sharing for the rest of the country, has been plunged into chaos and, despite being freed from Houthi control more than two years ago, could not function successfully on its own.

The second chance to resolve the war came four months after it began in July 2015 when the Yemeni army and the resistance succeeded in liberating Aden. UAE forces played an important role in this battle. They advanced towards Taiz, which is only 150km away, boosted morale there, and then the local resistance excluded Saleh and the Houthis from the city centre and liberated the presidential palace.

Suddenly, it was reported that the Yemeni forces and the coalition stopped at what is referred to in Arabic as 'Line 90', the point that marks the old border between southern and northern Yemen before the two were unified in 1990.

Why didn’t the Yemeni, UAE and Saudi forces benefit from the momentum of the victory of Aden and move towards Taiz to liberate it completely?

The abrupt stoppage sent confusing messages to Taiz’s resistance and the Houthis in Sanaa. Was the division of Yemen one of the war’s objectives? Why didn’t the Yemeni, UAE and Saudi forces benefit from the momentum of the victory of Aden and move towards Taiz to liberate it completely?

The answer lies again in Saudi Arabia’s strategic condition to defeat the Houthis, but not to let Al-Islah benefit.

Taiz is Yemen’s second largest city. Al-Islah is omnipresent there and leads the resistance in the area. If the Saudis and other forces had freed the city, Al-Islah could have been left in a strong position. But there might be another reason the forces stopped short of Taiz: in the future, a free Taiz could be a safe location, away from Aden which is under the control of the Emiratis and their separatist allies, for Yemen's exiled government now based in Riyadh.

Al-Islah leaders will also move to where they can revitalise and resurrect themselves again. Of course, nothing has happened as two years have passed and Taiz is still under siege, deprived of weapons and supplies that are normally very easy to get.

This weird condition has extended the war and prolonged the suffering of the Yemenis. It has also put further pressure on the Saudis who are now obliged to defend the ethical reasons behind their continuation of the war in world capitals and to human rights organisations. It also boosted the Houthis’ and Saleh’s stubbornness since they are also enemies of Al-Islah.

With more patience, the winds might blow again on their sails and friendships may change in their favour according to the rule "the enemy of my enemy is my friend". Perhaps Riyadh is convinced, thanks to Abu Dhabi, that the Houthis and Saleh are better than a democratic pluralistic Yemen with Al-Islah in it.

Just as Riyadh changes its position now in Syria, and moves closer and closer to the Cairo and Moscow camp, which is ironically also Tehran’s camp, Saudi Arabia’s position in Yemen can change.

Only then might the inscrutable Saudi equation become solvable with the following modifications: allow the Houthis to win, eliminate Al-Islah and let Yemen’s stability and Saudi Arabia’s long-term security go to hell.

Photo: A Yemeni fighter loyal to the Saudi-backed Yemeni president stands at a position which was taken from the Houthis in a mountainous region northwest of Taiz (AFP) 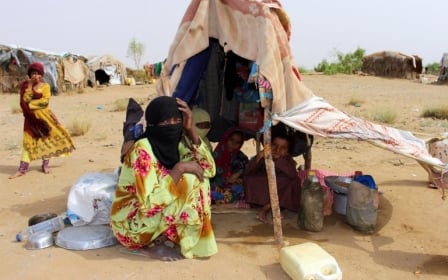 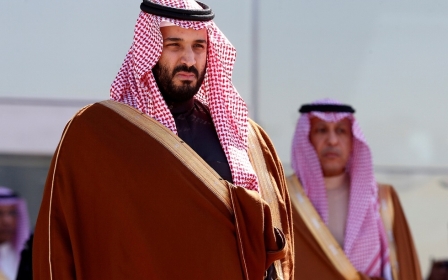 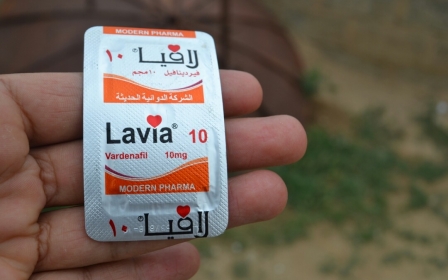