The ideological reasons behind Guatemala's decision to move embassy to Jerusalem 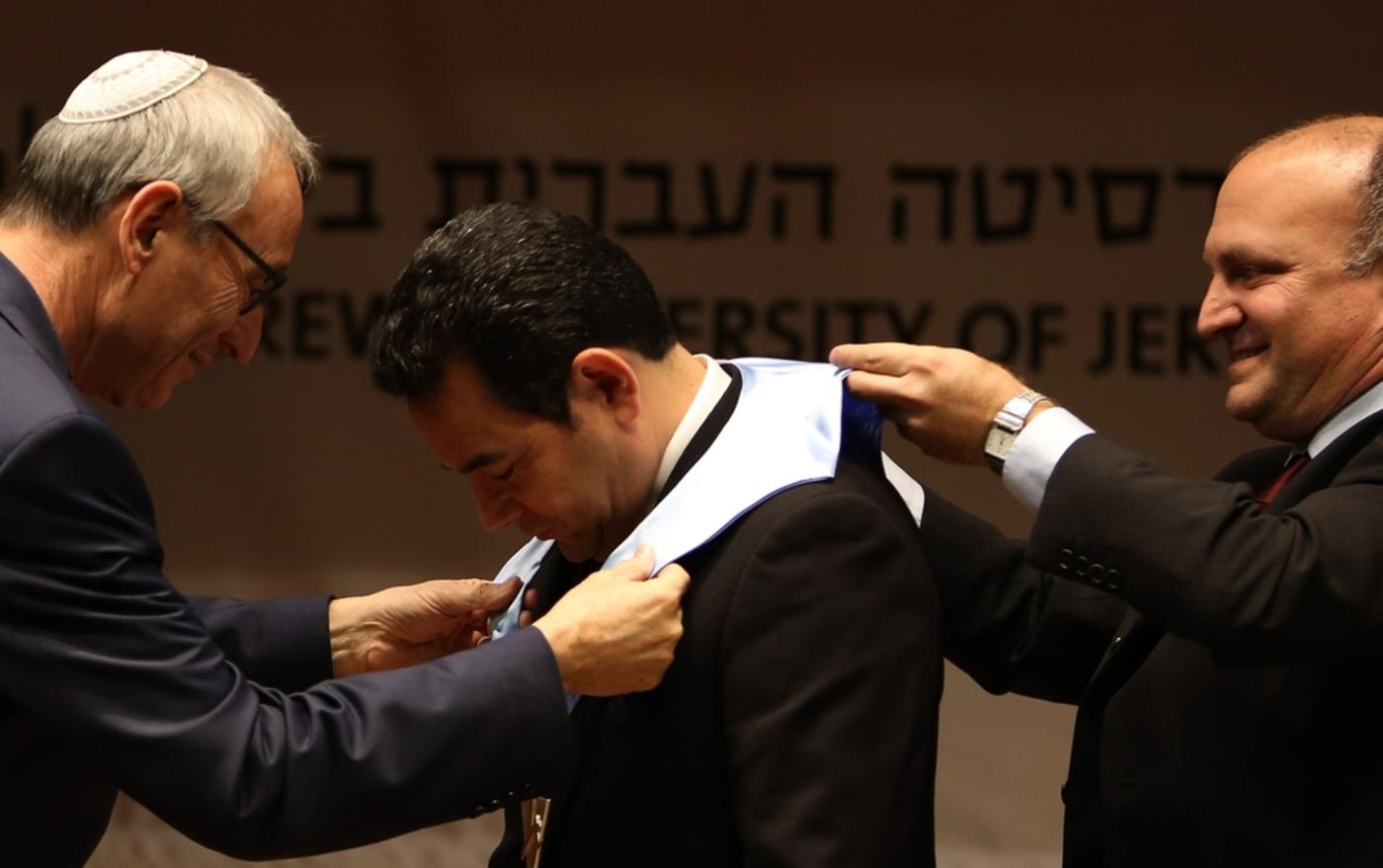 Following the recent decision by the Trump administration to relocate the US embassy from Tel Aviv to Jerusalem after having recognised Jerusalem as the capital of Israel, the United Nations General Assembly voted overwhelmingly to condemn this unilateral move in an emergency session.

Guatemala is to the Mayans what Israel is to the Palestinians: sanctimonious annihilators

Such a decision was not motivated by economic reasons, to push back the threat by the US of funding cuts for not following through with their decision. It was an ideological decision - a reflection and part and parcel of a greater picture - a genocidal one for the purpose of annihilation and suppression of indigenous peoples that goes back to the ethnic cleansing and Nakba of the Palestinians.

In Guatemala, the Mayans, the indigenous people, were subjected to genocidal levels of state violence between 1975 and 1983 when at least 600 Mayan villages were destroyed.

In 1947, Jorge Garcia Granados was the Guatemalan ambassador to the UN and actively supported the creation of the state of Israel vis-a-vis the United Nations Partition Plan.

He was a member of the UN Special Committee on Palestine where his extensive lobbying efforts aided the creation of this nation state, and Guatemala was the first Latin American country to recognise Israel, creating a ripple effect in the Latin American region, with other nations following suit.

One of the most telling statements made by Granados that demonstrates the solidifying of a long-standing relationship of aiding and abetting settler colonialism against indigenous peoples by the two nations was his view on the matter of Palestine on 10 October 1947 as follows:

"What characterised a nation was its culture and not the number of inhabitants. In 25 years, the Jewish people had left upon Palestine the indelible mark of an outstanding culture, which characterised the country even more than the Arab culture: Palestine was no more Arab than certain Spanish countries of Latin America were Indian."

In an article in the Jerusalem Post dated 10 April 2014 entitled "Israel-Guatemala: A surprisingly close friendship", the author states that he "stumbled upon evidence that Israeli fingerprints can be found in many aspects of everyday life in the Central American country".

"The Israeli influence and involvement," he went on, "are very prominent in Guatemala, and include civil infrastructure, water purification solutions and modern technologies; but is found especially in the field of security."

When we look deeper into this field of security, or what Jeff Halper calls "securotocracy", we realise where these fingerprints really are, due to the depth of this genocidal alliance between the two countries in relation to indigenous erasure, something the article obviously fails to mention.

The successful implementation of Guatemalan genocidal cruelty against Mayans was a result of Israel's role in aiding and abetting them in the process. The Nakba committed by Israel that rendered the displacement of 750,000 Palestinians and the destruction of 531 Palestinian villages has become an ongoing and incremental permanent process that Israel globalises in other contexts like Guatemala in the name of ideological and security politics.

The use of contemporary tools of surveillance, technology, telephone analysis, computer software and weaponry by Israel, "field-tested" against the Palestinians, aided the genocide of Mayans in Guatemala.

When we look at Guatemala's role in promoting and supporting indigenous erasure both against the Palestinians and the Mayans, Granados's statements, promoting and supporting the Zionist agenda through the emphasis on cultural superiority, becomes clear in understanding the self-perpetuating nature of Guatemala's role in Zionist and evangelical ideology, embraced by Christian Zionists, with its recent embassy relocation.

Israel has engaged in a distinctive campaign of cultural genocide known as the Judaisation of Jerusalem where it has been actively applying this reality on the ground for decades through structural violence such as the encroachment of settlers, settlements expansion, imposition of required building permits that are impossible to obtain, de-development through the lack of infrastructure and municipal services, revoking of residency status of Palestinians, and imposing discriminatory and disproportional municipal taxes.

Most importantly censorship and control of the education curriculum is a unilateral attempt to eradicate the Palestinian narrative. These are the tactics of what is known as bureaucratic ethnic cleansing, a continuum of the Nakba to rid the land and its demographics of indigenous Palestinians in a manner that Palestinians call "occupation to replacement".

One of the means of achieving this goal has been through the establishment of the right-wing group called Ir David Foundation, also known as Elad, which aims to accomplish the Judaisation of Jerusalem by creating a Jewish presence through not only the tactics mentioned above, but also through tourism and archaeological excavations with the aid and assistance of evangelical support and funding.

Former Guatemalan general Efrain Rios Montt was recently indicted for his primary role and involvement in crimes against humanity and genocide against indigenous Mayans of Guatemala.

He stated to ABC News that his success was due to the fact that "his soldiers were trained by Israelis". He was the first evangelical president of Guatemala to align himself with the right-wing Pentecostal movement and was a pastor at Iglesia Verbo (Church of the Word) and deemed a close friend of the Christian right-wing and neo-conservatives in the US, such as Pat Robertson.

During this genocidal period, Efrain Rios Montt had released what was known as the National Growth and Security Plan, to teach the populace about nationalism and to integrate the campesinos and indigenous peoples into the state.

We see the role and support of evangelical movements dedicated to the assimilation of indigenous peoples in institutions such as the Summer Institute of Linguistics in Guatemala, accused of practices of ethnocide under the guise of research and evangelism by "employing technical linguistic data in translating the Bible into Indian languages and thus for converting Indians to fundamental evangelical sects".

This is what the current evangelical president of Guatemala, Jimmy Morales, who denies that a genocide against the Mayans happened, represents.

In the midst of such injustices embedded in our global conscience, these are poignant teachings that surface out of events that apply to both the Mayan and Palestinian contexts, reiterating and profoundly exposing the similar and shared experiences of oppressive violence and hypocrisy taking place.

At a cemetery in Chichicastenango, relatives of a man killed by the Guatemalan military stated: "In church they tell us that divine justice is on the side of the poor; but the fact of the matter is it is the military who get the Israeli guns."

Guatemala is to the Mayans what Israel is to the Palestinians: sanctimonious annihilators.