The Idlib chemical attack: Assad buys time for the battle in eastern Syria

Maysam Behravesh
The regime may have the upper hand in western Syria, but as Turkey and the US push against IS in the east, Assad sends a warning 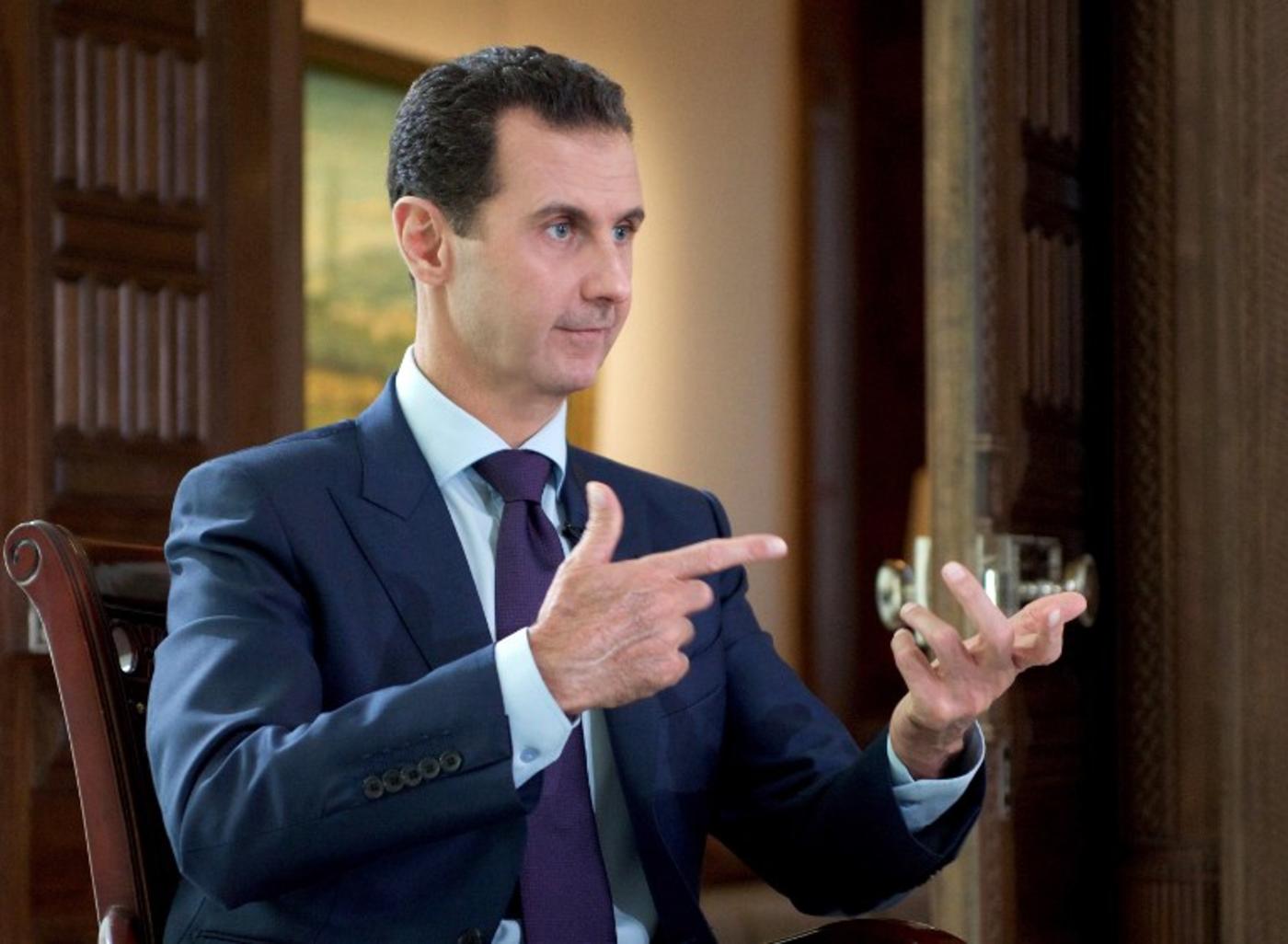 The chemical attack on Tuesday in the town of Khan Sheikhoun in Syria’s Idlib province, which is still being controlled by the rebels opposed to the Assad regime, took many inside and outside of the country by surprise.

Even Assad’s staunchest allies, namely Russians and Iranians, seem to have been surprised and even dismayed by this week's attack

Given the physical symptoms of the victims and survivors, including suffocation, most medics and chemical weapons experts believe that the incident was an “air-launched” chemical attack in which a nerve agent such as sarin gas was deployed from the sky. So far, at least 70 people have been killed and many more wounded.

While no party has claimed responsibility for the attack, the extant evidence suggests that the Assad regime is behind the carnage though the apparent strategic irrationality of the action has left many wondering why.

The Khan Sheikhoun incident represents the deadliest chemical attack in the course of the Syrian civil war since August 2013. That's when an aerial bombardment using sarin in the Ghouta region near Damascus killed hundreds of people. The attack violated former US president Barack Obama’s “red line” but finally led, with Russian mediation, to the disarmament of Syria’s chemical arsenal.

Even Assad’s staunchest allies, namely Russians and Iranians, seem to have been surprised and even dismayed by this week's attack.

Iran, which has consistently offered the Syrian regime unwavering military and political support throughout the civil war, refused to heap the blame on any conflicting party and instead only condemned the act “regardless of its perpetrators and victims”.

The Russian defence ministry, on the other hand, confirmed that the Syrian air force had conducted aerial attacks in the Khan Sheikhoun area, but claimed that the air strikes targeted a “terrorist warehouse” where an arsenal of “toxic substances” had been stored.

Yet the Russian narrative, which points the finger of blame at an alleged Syrian opposition chemical warehouse, has been scientifically dismissed. According to Hamish de Bretton Gordon, director of Doctors Under Fire and former commanding officer of the UK Chemical, Biological, Radiological and Nuclear (CBRN) Regiment, “I think this [claim] is pretty fanciful...Axiomatically, if you blow up sarin, you destroy it.”

So if we accept that the Syrian government has committed yet another deadly chemical attack against its own people, its motives are still not easy to ascertain. What could the Assad regime gain from such a morally abominable and politically counterproductive action after all?

Strategically speaking, the timing of the attack may provide some clues. The Khan Sheikhoun carnage occurred exactly one day after the terrorist bombing of the St Petersburg metro and shortly after the Trump administration declared that removing Assad from power in Syria was no longer Washington’s foreign policy priority.

In this sense, Assad may have been motivated to test the US government’s policy shift towards the Syrian civil war while resting assured that the atmosphere of resentment prevailing in the Kremlin after the St Petersburg attack meant Russians were psychologically, if not politically, ready to take such a shock.

Yet to better understand the strategic “logic” of the Khan Sheikhoun assault - which otherwise seems quite ill-advised and counterproductive - one needs to consider the wider picture of the civil war including the international campaign against the Islamic State (IS) in Syria and in Iraq.

Some might naturally tend to think that, given the recent course of developments in favour of Assad and his consequential upper hand in the war, there was no reason for the regime to take such unconventional action. Accordingly, the rebels might have hatched a trap and lured the government into attacking Idlib, or so the argument goes. This is basically what the Russian narrative suggests as well.

The unconventional Khan Sheikhoun assault can also serve as an act of 'costly signalling', alerting its opponents that the Syrian regime is ready to go to great lengths to secure its territorial sovereignty

The fact of the matter, however, is that while the Syrian regime generally enjoys the upper hand in the western half of the country - which was basically achieved after the recapture of Aleppo and later consolidated with the rebel evacuation of Homs - its control over the eastern half is arguably slim. This applies in particular to the oil-rich province of Deir Ezzor near the Iraqi border and the strategically significant city of Raqqa, or the current Islamic State group capital.

With this in mind, the Khan Sheikhoun chemical attack, however risky it may appear, might be intended to divert international attention to the Idlib province with the ultimate purpose of paving the ground for the regime's concentration of resources on the east and northeast.

It is a vast chunk of territory where all the Syrian government’s nemeses from the Turks to Americans are much better positioned to gain ground after the defeat of IS in Iraq. It is no wonder that, in an unprecedented move, the US military recently airlifted around 500 Kurdish and Arab fighters from the “Syrian Democratic Forces” to the outskirts of Raqqa. The international scramble for the eastern part of Syria has long since begun.

Given the rumours in some Western circles about the potential formation of an autonomous zone for Sunni Arabs and Kurds in eastern Syria, the unconventional Khan Sheikhoun assault can also serve as an act of “costly signalling”, alerting its opponents that the Syrian regime is ready to go to great lengths to secure its territorial sovereignty including even war crimes and the mass murder of civilians.