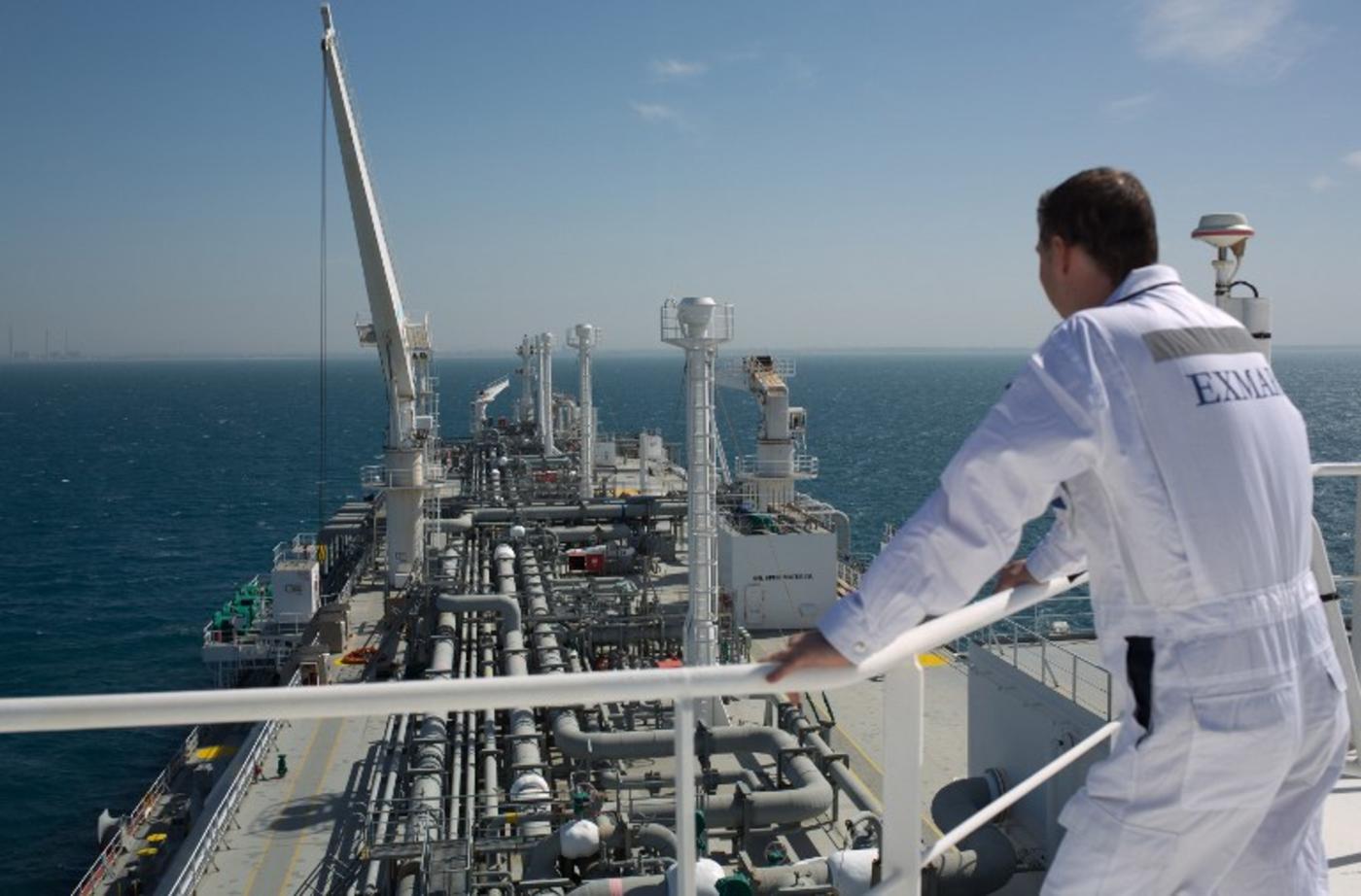 Two years after signing a letter of intent to import gas from Israeli-occupied fields in the eastern Mediterranean, the National Electric Power Company of Jordan (NEPCO), a 100 percent government-owned firm that monopolises the generation of electrical power in Jordan, finally signed the actual gas deal this Monday.

All indications say that the Jordanian regime tried to play it smart with the timing regarding signing this deal, in the face of the overwhelming popular opposition to the deal

According to the terms of this deal, the Israeli consortium led by the US company Noble Energy is to supply a gross quantity of approximately 1.6 trillion cubic feet of natural gas from the yet undeveloped Leviathan field, over a period of 15 years, for the price of $10bn.

The declaration was first made public in international and then local newspapers, yet the Jordanian regime stayed silent, biding its time in the middle of a governance vacuum. Jordan’s parliamentary elections had just been concluded and the new parliament’s session was postponed until November by a royal decree; the cabinet had been dissolved just before the signing and the newly appointed prime minister had not yet formed the new cabinet which was announced on 28 September.

During this period the country was overwhelmed with events: turmoil over election results, violent media discussions between liberals and conservatives over changing school curriculums, the assassination of the writer Nahed Hattar, and the arrest of the Jordanian Snapchat diva Zain Karazon. All indications suggest the Jordanian regime was trying to play it smart with the timing of the contract signing in the face of overwhelming popular opposition to the deal.

Starting in September 2014, immediately after the news about the letter of intent between NEPCO and Noble Energy to import Israeli-controlled gas became public, a core of what over months became the National Campaign to Overturn the Gas Deal With the Zionist Entity was formed by grassroots groups, leading to the formation of a broad coalition of activists, political parties, professional and trade unions, social groups and organisations, MPs, and even military veterans, rallying under the slogan “the enemy’s gas is occupation”.

The opposition to the deal is based on the popular refusal to support Israeli state terrorism and settler colonialism with billions of dollars of Jordanian taxpayers’ money. It is also based on the fact that gas and energy are strategic commodities, giving the exporting country tremendous strategic leverage.

Examples of such leverage are ample, the most recent being Russia’s continuous threats to cut off Europe’s gas supply, and its implementation of such threats against Ukraine. Given Israel’s long history of aggression and defiance of UN resolutions and violations of international law, the risk of energy blackmail is not far-fetched.

Supply does not meet demand

Importantly, Jordan is not in need of Israeli gas. According to a Jordanian Ministry of Energy and Mineral Resources spokesperson, the supply from the newly opened liquefied natural gas (LNG) terminal the southern port city of Aqaba currently meets 82 percent of Jordan’s electrical generation capacity. In fact, Jordan has an excess of this gas that it exports to Egypt via the Arab Gas Pipeline. NEPCO also exports the excess electricity it generates to Iraq, Egypt and Jericho.

The $10bn that the Jordanian government wants to invest in Israeli gas projects, turning Israel into a regional energy power, can be easily invested at home to sustain local energy independence and generate jobs in a country with a staggering unemployment rate, which stands, according to official numbers, at 14.7 percent, 20.2 percent among university graduates.

Jordan is among the world’s most promising sites for generating solar energy, with an estimated 330 days of sunshine per year. Many local solar energy projects have already been launched and many more are in the pipeline.

Jordan has also initiated energy projects involving wind power, shale oil, local gas fields, a memorandum of understanding to import LNG from Algeria, and a project for oil and gas pipelines from Iraq, to Aqaba, parallel to the Iraqi-Saudi border, outside Islamic State (IS) group-held areas.

All these projects and offers are serious and worthwhile options for investment, and will sustain Jordan’s energy independence, and provide more energy surplus for export to hard-pressed neighbouring countries (Lebanon, Syria, Iraq, Egypt) that suffer huge electricity shortages and/or whose infrastructure has been destroyed.

So Jordan has no actual need to import gas from Israel. The only party that will benefit from this deal is, obviously, Israel. Israeli Prime Minister Benjamin Netanyahu has often stated that Israel needs the export deal so that it can utilise the gas for its own local use. He also focused on the importance of the gas to “provides Israel with a much stronger and sturdy base against international pressures”.

Without an export deal, developing the Leviathan field (estimated to cost $5 to 6bn) will not be possible; and for export purposes, Jordan is the only possible client.

Egypt (via Italian energy giant ENI) already made the discovery of the largest gas field in the Mediterranean in its waters. Cyprus already has its own gas fields. Syria and Lebanon are “hostile” countries that do not have peace deals with Israel. Importing gas to Turkey and Europe requires a long and technically difficult underwater pipelines that will render the gas very expensive, and will have to navigate the unresolved Cyprus/Turkish conflict over maritime zones which the pipe will have to cross. In addition, Israel has no gas liquefaction facilities, so exporting via LNG carrier tank ships is impossible. The Jordanian option is Israel’s only one.

In pure economic calculations, Israeli gas also comes at a high cost. Last April, the Israel Electric Corporation signed a contract with British Petroleum in order to import LNG gas from the international market at a cheaper price than that produced locally. So while the Israel Electric Corporation is going for the cheaper international option, the Jordanian NEPCO is going for the more expensive investment in Israel.

This absurd approach can find a reason in one or both of the following answers:

First: tremendous US pressure has been applied on Jordan starting from 2011 to import gas from Israel. The US State Department’s special envoy of the Bureau of Energy Resources, Amos Hochstein, is fully dedicated to pushing for this deal. In 2015, during his speech in the Herzliya conference, Hochstein urged the Israelis to resolve quickly their internal differences and conclude the deal with Jordan before the gas prices drop.

The US is one of the the biggest “benefactors” of foreign aid to Jordan. Its Agency for International Development (USAID) is present in almost every Jordanian sector, from health to education, transport to labour, giving the US a huge influence on Jordan’s policies.

Second, such a fishy deal smells of corruption. Corruption is no alien in Mediterranean gas machinations, the biggest example being the Egyptian-Israeli gas deal where Egypt (then under Mubarak) exported its gas to Israel at below-market prices through a corporation called the East Mediterranean Gas Company (EMG) that pocketed huge profits. After the cessation of supply, mostly due to attacks on the pipeline, the deal was concluded with an arbitration ordering Egyptian national gas companies to pay the Israeli Electric Corporation $1.76bn in damages. EMG has also sought compensation from Egypt. This deal and its details were the subject of a documentary entitled "Egypt’s Lost Power".

Paragraph 33/2 of the Jordanian constitution stipulates that “Treaties and agreements which involve financial commitments to the Treasury or affect the public or private rights of Jordanians shall not be valid unless they are sanctioned by the National Assembly. In no circumstances shall any secret terms contained in any treaty or agreement be contradictory to their overt terms.”

The outgoing parliament has voted against the letter of intent for importing gas from Israel with an overwhelming majority in November 2014. There is absolutely no public support for the deal; on the contrary, a massive demonstration took to the streets against the deal in March 2015, a popular tribunal of the deal was held in September 2015 declaring the deal null and void.

The national campaign is preparing to prosecute the Jordanian government and NEPCO in local and international courts for supporting Israeli state terrorism, and today, Friday, a massive demonstration will take place in the streets of downtown Amman in synchronisation with other protests across the country.

The question is: will the government yield to popular demand and to Jordan’s strategic interests, or will it continue its now-clear policy of “Israel first”?

- Hisham Bustani is a writer and activist in Jordan.

Photo: An employee stands on the Expedient regasification ship, anchored off the coast of Israel in the Mediterranean Sea on February 26, 2015, as natural gas began flowing from the vessel, hired by the Israel Electric Corporation, to its power stations (AFP) Energy
Thousands of Israelis take to the streets against gas deal