Iran deal is about staving off the coming oil shock 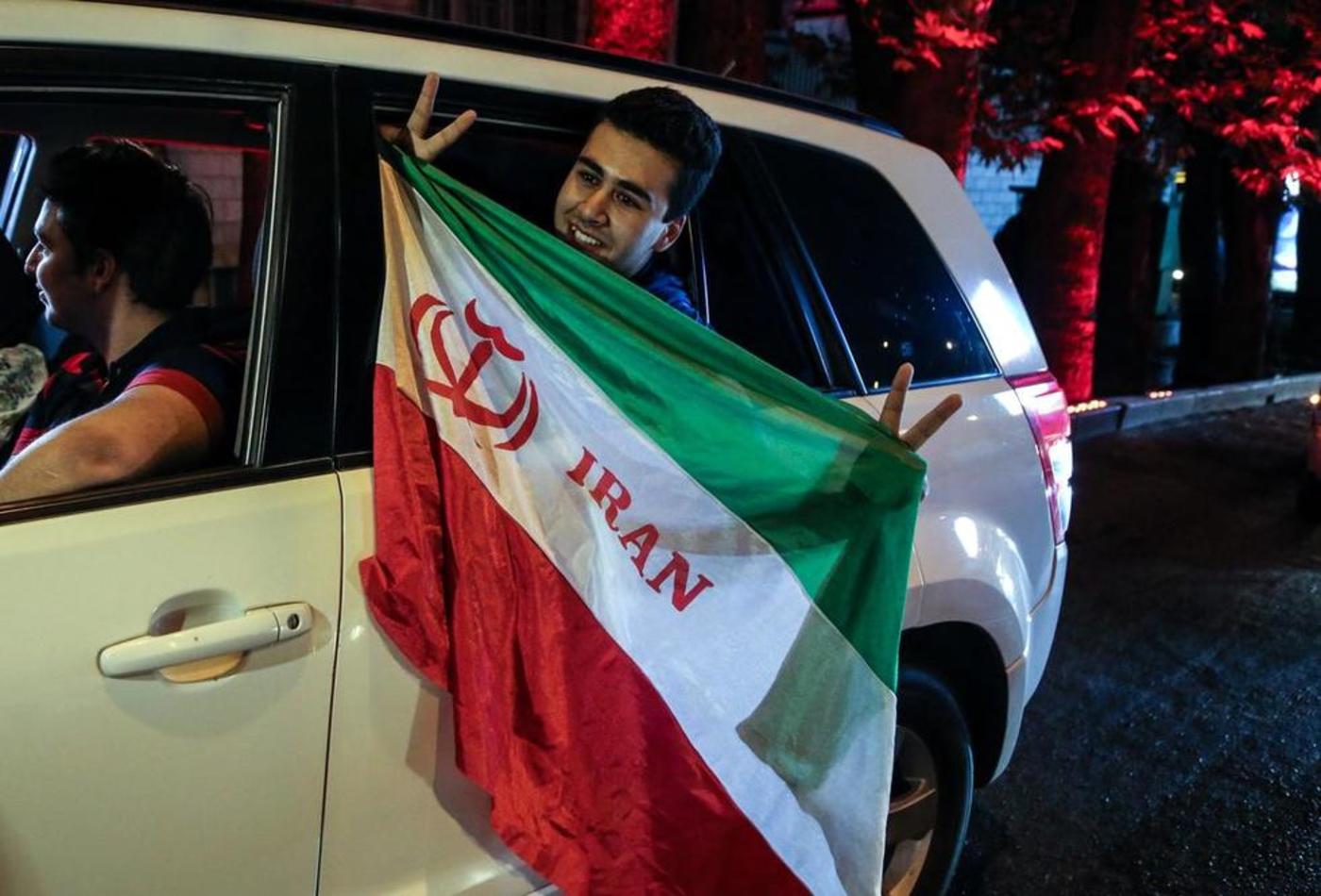 The Iran nuclear deal signals a major shift in the geopolitics of the Middle East. Integral to the equation is oil, economics, terror – and US hegemony.

The Bush administration had initiated a long-term covert strategy to undermine Iranian influence in the Middle East and Central Asia, combined with overt pressure through diplomatic initiatives and economic sanctions.

Under Obama, this strategy accelerated, largely in concert with other Gulf powers like Saudi Arabia, Qatar and the UAE, who have long sought to roll-back Iranian influence.

Yet even as the strategy accelerated, unlike its predecessors which openly declared their warmongering hostility to Iran, the Obama administration had used the pressure to forge an unprecedented deal with the country.

The reasons for the shift are, of course, pragmatic. For years, US intelligence agencies have told the White House that there is simply no evidence Iran is trying to build a nuclear bomb.

And the International Atomic Energy Agency (IAEA) has repeatedly certified that uranium is not being enriched to levels necessary for weaponisation, nor is it being diverted to a secret weapons programme.

Meanwhile, senior US military officials have long warned that the sort of US-Iran military confrontation which frothing neoconservatives have been pining for would likely fail and destabilise the entire region.

What about an Israel-Iran confrontation? A classified Pentagon war simulation held in 2012 found that an Israeli attack on Iran would also lead to a wider regional war.

Unlike the neocons, for the military pragmatists in successive US administrations, war with Iran could never be a preferred option.

The added bonus is that Iran might notch down its involvement in Iraq and Syria.

Earlier this year, the US assured its allies at the Camp David summit that under the nuclear deal, Iran’s growing geopolitical influence in the region would be curtailed. Simultaneously, the US gave Saudi Arabia, Qatar, the UAE and others the green light to accelerate support to the Islamist militants of their choice in Syria.

George Friedman, founder and CEO of private US intelligence firm Stratfor – which operates closely with the Pentagon and State Department – forecasted the US-Iran détente four years ago.

His prescient assessment of its strategic rationale is worth noting. Friedman explained that by reaching “a temporary understanding with Iran,” the US would give itself room to withdraw while playing off Iran against the Sunni regimes, limiting Iran’s “direct controls” in the region, “while putting the Saudis, among others, at an enormous disadvantage”.

“This strategy would confront the reality of Iranian power and try to shape it,” wrote Friedman.

Ultimately, though, the US is betting on the rise of Turkey – hence the latter’s pivotal role in the new anti-IS rebel training strategy, despite Turkey’s military and financial sponsorship of IS.

For the US, “the longer-term solution to the balance of power in the region will be the rise of Turkey,” which would “counterbalance Iran and Israel, while stabilising the Arabian Peninsula.” This will eventually generate “a new regional balance of power”.

Crucially, this regional balance of power would operate under the overarching sway of US military pre-eminence.

As Stephen Kinzer has pointed out, a US-Turkey-Iran axis would enhance the US ability to police Iraq, Afghanistan, Lebanon and Pakistan from a distance, while safeguarding oil and gas transportation routes to Europe.

But both Friedman and Kinzer missed another critical factor in these geopolitical considerations: the prospect of a global oil shock.

As oil prices have slumped over the last few years due to both the shale gas and Saudi oil gluts, the decline in profitability has forced oil majors to slash investments and shut down costly operations.

US industry experts now forecast that these events are setting the world up for an oil price spike, which could begin in the next six months to two years. There can be little doubt that the US government is aware of the industry’s fears.

Robert Hirsh, a former senior energy programme advisor for government contractor Science Applications International Corporation, wrote a major report on peak oil for the US Department of Energy in 2005.

He predicts a likely global oil shock by 2017, accompanied by a stock market crash, inflation, and unemployment.

He also points out that the Pentagon recognises the risk.

As oil production decreases due to the cost-cutting contraction of industry operations, along with declines from aging fields, the International Energy Agency predicts an increase in demand growth by the end of this year.

As demand rises, the question is how quickly existing oil and gas wells can increase global output in the face of this rapidly diminishing spare capacity.

The answer is not very. Over the next two years, around 200 major international oil and gas projects have been scheduled for final investment approvals. But due to the price collapse – and with it the collapse in profitability – the vast majority of them face postponement, or cancellation.

According to Tim Dodson, executive vice president for exploration at Statoil ASA, the industry is “struggling big-time to replace their oil resources and reserves”.

This is part of a wider pattern over the last decade. Oil majors like Royal Dutch Shell, British Petroleum, ConocoPhillips, ExxonMobil and Chevron have all seen their production fall year-over-year by 3.25 percent. Oil and gas extracted last year has not been replaced by new reserves.

The business model of the shale gas industry is so shaky, according to legendary US hedge-fund manager James Chanos, that when prices do rebound as demand growth hits the limits of declining supply, the oil majors will still be in trouble.

The end of oil, the next crash

Oil majors, still facing high production costs and huge debt obligations, will have to grapple with further borrowing to kick-start costly investments in new production projects. But in the corresponding climate of a new economic recession triggered partly by oil price spikes, how likely is this?

Like Hirsh, Charles Maxwell, a senior energy analyst at Weeden & Co., forecasts a price spike in the next few years. “That’s going to bite us big time. 2019 is going to be hell.”

Five years ago, Maxwell told Forbes that “around 2015, we will hit a near-plateau of production around the world, and we will hold it for maybe four or five years. On the other side of that plateau, production will begin slowly moving down. By 2020, we should be headed in a downward direction for oil output in the world each year instead of an upward direction, as we are today”.

That prediction in 2010 appears to be transpiring today.

“And at around 2015, we will be unable to produce the incremental barrel in the global system. So a tightness of supply will begin to be felt,” Maxwell warned Forbes. “Let’s say in 2013, we may produce 1 percent more oil than we did the year before and then if we have a demand growth of 1¼ percent in 2013, we’ll be very slightly tightening the system. The difference between supply and demand is not going to be very much at first. It would not normally cause a big rise in price. On the other hand, in 2014, that tightness begins to grow and it is now a trend. By 2015 perhaps we’re only able to produce 0.50 percent more with about 1.25 percent higher demand, so that we’re 0.75 percent short.”

The next global recession, though, is likely to begin as oil prices bottom out further, potentially forcing many oil companies to virtually shut down production, facing the prospect of further write-downs and bankruptcies that could make the 2008 sub-prime mortgage crisis look a like a walk in the park.

Getting as much new oil into global markets in coming years is therefore a major priority, to counteract the tightening supply that industry leaders already say will generate a price rebound next year.

In this context, the Iran nuclear deal opens up the world’s fourth largest proven oil reserves to foreign investors.

Months before the nuclear deal’s announcement, a delegation of US oil executives was in Tehran in secret meetings with Iranian government officials to discuss the post-sanctions oil bonanza. Companies from Germany, Italy and the Netherlands had also by then expressed interest in doing business with Iran.

Clearly, the Obama administration wanted to ensure that US companies get their feet in the door to reap the dividends of the nuclear deal, before European rivals – but more importantly, before Russia and China.

Fears that the opening up of Iran’s oil would intensify the current supply glut, dropping prices even lower, could be premature as Brad Plumer documents masterfully. The sanctions, which have crippled Iran’s oil industry, are unlikely to be lifted until next year, and even then, Iran expects it will take until 2020 to negotiate the $185 billion worth of oil and gas contracts it has on the table, and further years to bring these 50 odd projects into production.

Much of this oil will head to China. Which is opportune, because China, among the world’s five biggest oil producers, appears to be facing an imminent oil production plateau followed by a peak and decline.

Simultaneously, China’s ongoing dramatic stock market crash amidst an overheated housing bubble portends the probability that the Chinese economy will soon hit its own recession – which in turn would hit the entire global economy.

Keeping the Chinese and global economies somewhat afloat with Iranian fossil fuels is, therefore, a strategic imperative for the US to fend off, or at least ameliorate, the prospect of prolonged global economic collapse.

It’ll get worse before it gets better

The reality is that bringing Iran’s resources online will barely scratch the surface of these looming challenges. The quantity of oil that could go into production is barely sufficient to meet projected demand growth. Nor could it fill the large supply gap waiting to surface, highlighted by Maxwell.

The situation would be even more dire, though, if the neocons jostling in Congress get their way.

Driven by their ideological obsession with an expansionist Israel, their eagerness to impose violent regime-change to remake the Middle East continues to have influence inside the Obama administration, due to the prominence of senior defence officials sympathetic to neoconservative ideals.

The Iran nuclear deal, however, demonstrates the extent to which the struggle over Obama’s foreign policy is playing out.

While the self-defeating strategy in Iraq and Syria bears all the hallmarks of neocon fantasy, Obama’s success in forging a rapprochement with Iran – strongly opposed by far-right Republicans in the US and Likudniks in Israel – is a victory for the pragmatists.

This underscores the contradictory forces at work inside the foreign policy establishment. Unfortunately, even the pragmatists are ill-equipped to grasp that neither Iran’s oil, nor all the fossil fuels in the planet, can stop us from sleepwalking into the next global systemic crisis.

And while the next crisis is inevitable, as former oil industry maven and finance expert Dr. Jeremy Leggett has shown, it might be so bad that it’s good – paving the way for widespread public appetite for fundamental systemic change.

Iran Nuclear
The Iran nuclear agreement in a nutshell 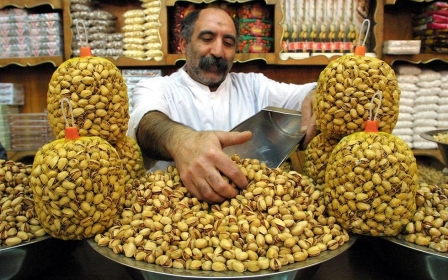