As the American political leadership - including the likes of Speaker of the House John Boehner and President Obama’s national security advisor, Susan Rice - fell over themselves on Monday at the National Press Club (NPC) declaring their support for Israel at the “National Leadership Assembly Israel,” just two blocks away another meeting was held by the Jewish Institute for National Security Affairs (JINSA) dealing with the prospect of a nuclear deal with Iran.

The JINSA meeting hosted an array of experts, including Dennis Ross, a former special advisor on Iran to President Obama during his first term, Eric Edelman, a former under secretary of defense for policy, Ray Takeyh, a Senior Fellow for Middle Eastern Affairs at the Council on Foreign Relations (CFR), and Steve Rademaker, a former Assistant Secretary of State for Arms Control and Nonproliferation.

While each of these gentlemen has considerable experience dealing with issues relating to Iran’s nuclear program, they are all also known hardliners on the issue and staunch supporters of Israel. Further, they are also key members of JINSA’s Iran Task Force, which, according to the JINSA website, is tasked with addressing “the challenges to US national security of Iran’s pursuit of nuclear weapons capability”.

Earlier this month, the Iran Task Force released a report, “Improving the Prospects for an Acceptable Final Deal with Iran,” which lays out its recommendations to the US government on how to best address the Iranian threat.

The report identifies five main recommendations: “conditioning further sanctions relief on dramatic and verifiable rollback of Iran’s nuclear program; working more closely with Congress on negotiating and implementing a final deal; augmenting the credibility of both the US and Israeli military options; improving dialogue with regional allies; and interdicting clandestine arms exports.”

The problem, however, with these recommendations is that they do not seem to be designed to maximize America’s interests, but rather Israel’s. For instance, in its introduction the task force notes that a “good deal” that restrains Iran’s nuclear capacity “still appears remote.” However, the very fact that both sides continue to negotiate suggests that a deal is possible, and how good the final result happens to be depends entirely on one’s perspective.

For the Israelis, an Iran left with any sort of nuclear capability is not - and will never be - a “good deal”. For years, the Israeli line for any nuclear deal is that Iran be left with zero enrichment capability, a line that the Obama administration has rejected as unrealistic and, as the Joint Plan of Action (JPA) indicates, has abandoned altogether.

For the Americans, a “good deal” would halt and scale back Iran’s nuclear enrichment program and put in place safeguards to guarantee that the Iranians cannot cheat. So far, Iran appears to be living up to its obligations under the JPA. For instance, in April the International Atomic Energy Agency (IAEA)—the United Nations' nuclear watchdog—confirmed in April that Iran has diluted 75 per cent of its stockpile of 20 per cent enriched uranium. Since then, according to a statement issued by Secretary of State John Kerry, “Iran has complied with its obligations to neutralize its stockpile of 20 per cent enriched uranium; cap its stockpile of 5 per cent enriched uranium; not install advanced centrifuges; not install or test new components at its Arak reactor; and submit to far more frequent inspections of its facilities.”

Despite these achievements, the task force recommends that Congress revisit the sanctions legislation put forward by Senator Robert Menendez last fall. While the proposal was received with overwhelming bipartisan support, before long prominent Democrats, like Senator Dianne Feinstein, Chairman of the Senate Intelligence Committee, came out in staunch opposition to this legislation.

Standing before the Senate, Feinstein argued that if the Senate passes the Menendez-proposed legislation, “diplomatic negotiations will collapse, and there will be no final agreement”. The effort was finally put to rest when President Obama threatened to veto the bill in his State of the Union address last January, forcing the pro-Israel lobby, of which JINSA plays a role, to back off.

According to the members of the JINSA task force, the rationale for reviving sanctions in Congress was to present Iran with credible consequences should it not acquiesce to America’s more hardline demands, particularly on the length of the “sunset” period in which the nuclear deal would cover before Iran could be treated as a normal state, like Japan or Germany, under the International Nonproliferation Treaty (NPT) and the number of centrifuges it can maintain during this period.

To them, the Obama administration needs to take a stronger stance, and clarify what military options are in fact on the table. While America’s military capability is not in question, the task force believes the Iranians do not see a threat of military action as credible and, at the same time, knows that Israel’s military does not have the weapons it needs to destroy the Arak nuclear reactor, buried deep within a mountain.

To this, one JINSA member suggested that it urge Congress to pass legislation that would force the Obama administration to provide Israel with the GBU-57 Massive Ordnance Penetrator (MOP) bunker busting bomb and the aircraft designed to deliver it. This weapon is specifically designed to neutralize targets buried deep underground.

It is worth noting that both the Bush and Obama administrations have been opposed to providing Israel with this weapon out of fear that an Israeli attack on Iran would likely lead to war at a time when the US was seeking to wind down its military commitments in the region.

Given this, any effort to pass legislation that would require the Obama administration to provide Israel with this type of weapon would be met with intense opposition, as it undermines the presidential prerogative to conduct foreign policy.

- Bryan R Gibson recently completed a PhD in International History at the London School of Economics and is the author of Covert Relationship: American Foreign Policy, Intelligence and the Iran-Iraq War, 1980-1988 (Praeger, 2010). 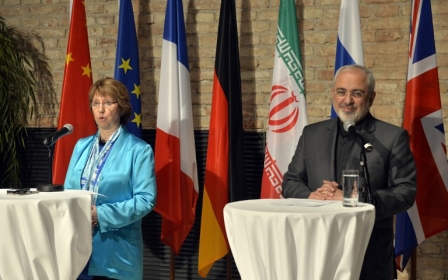 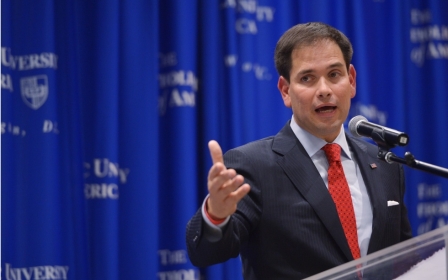 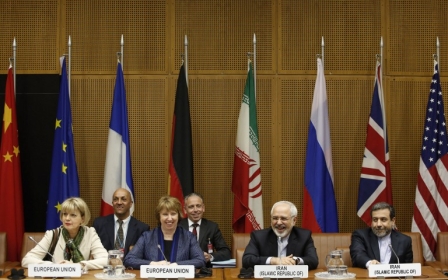 Iran nuclear
Did sanctions push Iran towards a nuclear deal?